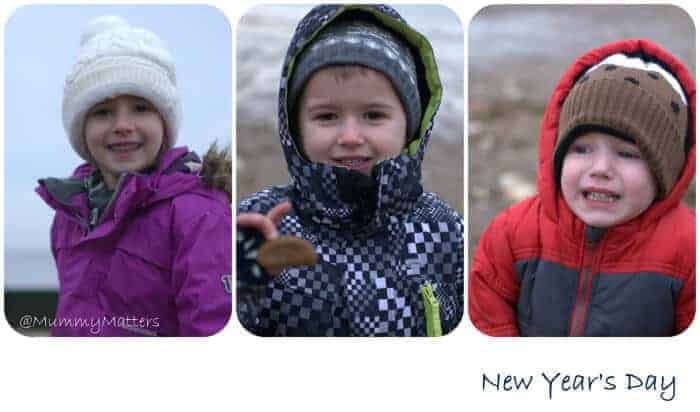 Not a great start to 2016 for Jelly Bean #problemswithpoop

I first told you about Jelly Bean’s tummy troubles (or #problemswithpoop as I have taken to labelling it) back in October last year. This was by no means the start of it but it was definitely the point that it reached it’s peak. After that visit to hospital we had a rollercoaster journey with Jelly Bean’s bowels and trying to get his medication to the right levels so that he wasn’t too loose but likewise that he wasn’t so firm that he could hold it all in again.

Jelly Bean withholds his stools because he is frightened of the pain of passing them. It turns out that since I wrote about it on the blog it is quite a common thing but since it’s about poop, people don’t tend to talk about it too much. I have come across countless people who tell me their son/daughter suffered with it, their brother/sister, nephew/niece. Sooooo many people.

In the weeks leading up to Christmas we finally seemed to have things moving fairly easily, we had got his meds to the right levels and he was passing his stools without too much stress. Then the chaos of Christmas struck and doses of medicine got missed, suddenly we realised that he was backed up again and struggling with tummy pains. We tried to increase his fluids but he decided to cut back on his food and drink, just drinking enough to get by, not to hydrate. 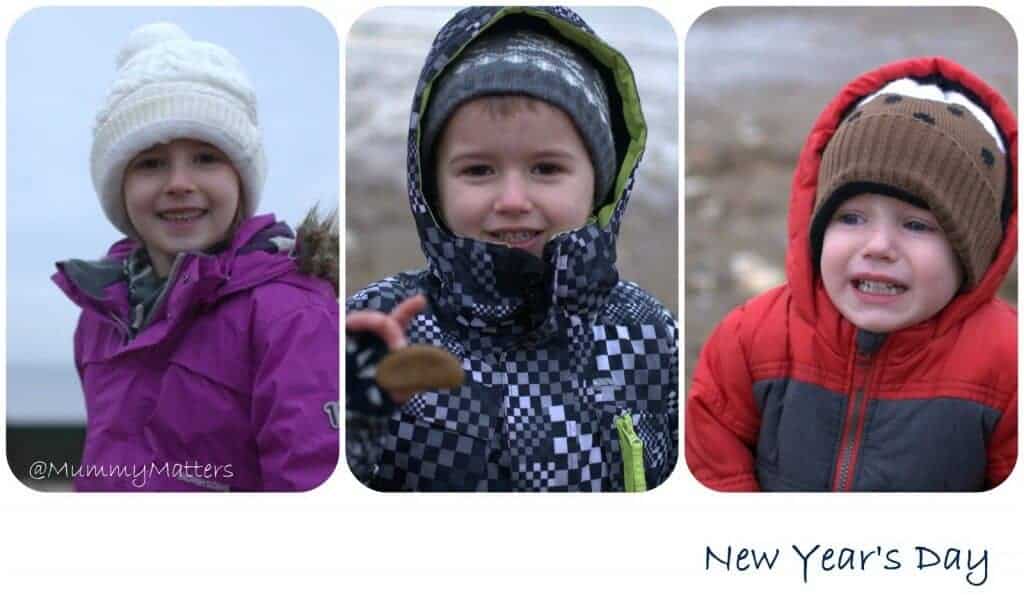 By New Years Day things got so bad that on a day trip to the seaside he screamed from the moment he got out of the car, along the promenade to the beach and back to the car again. I don’t think we even stayed for an hour before deciding to get back in the car and head home to take him straight to A&E.

On the journey home he was climbing out of his car seat because he didn’t want to sit down so I had to sit next to him and hold him into his seat for the whole journey (great when you have a trapped nerve in your shoulder). He flitted between screaming and falling asleep until the pain woke him up again. He vomited 3-4 times in the car and then again in the waiting area when we reached the hospital so we were seen quickly. The Doctor who saw JB said that there was nothing that could be done in the hospital over the weekend so we should try to manage it with diet and he prescribed Movicol (which we have tried before) on top of his usual medicine. I felt completely fobbed off and useless. Perhaps those people who say I haven’t tried hard enough with the hospitals were right, I had just given in. 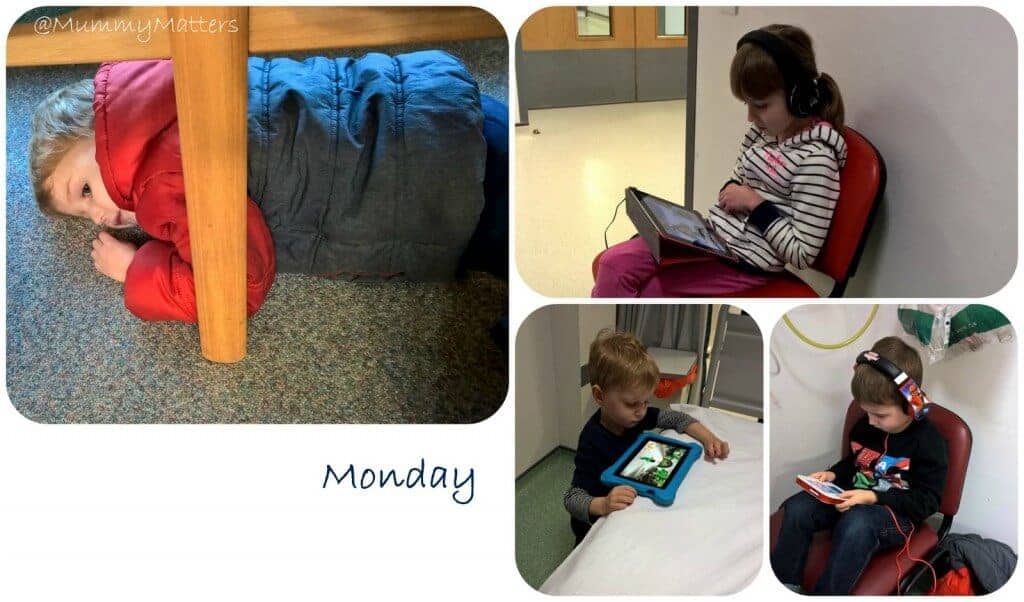 Throughout the night and Sunday JB continued to struggle with tummy pains and the urges to open his bowels (or withhold them). On Monday morning I rang the Doctor’s early and arranged an appointment. There the Doctor asked me “how have you let it get this bad? Why aren’t you managing it through his diet”. I asked him if he had heard of the phrase “you can lead a horse to water” and explained that I hadn’t let it get to this stage, I had taken him to the hospital and had been sent home. He examined JB and said that he needed to be seen at hospital straight away so he rang the children’s ward and gave me a referral letter.

We spent three hours at hospital, saw two Doctors who decided that an enema would be too traumatic for him so they prescribed some cream for his bottom and sent us home again. I cried when they told me they wasn’t going to do anything. They asked me if I was happy with their decision and I told them “well clearly not”. I asked them how much longer they were happy for him to not pass a stool and they replied “oh he can go without passing anything for a while”. Despite them stating on his notes that he was completely full and that I had told them he had been sick. They agreed to see him on Thursday. Another three days away. 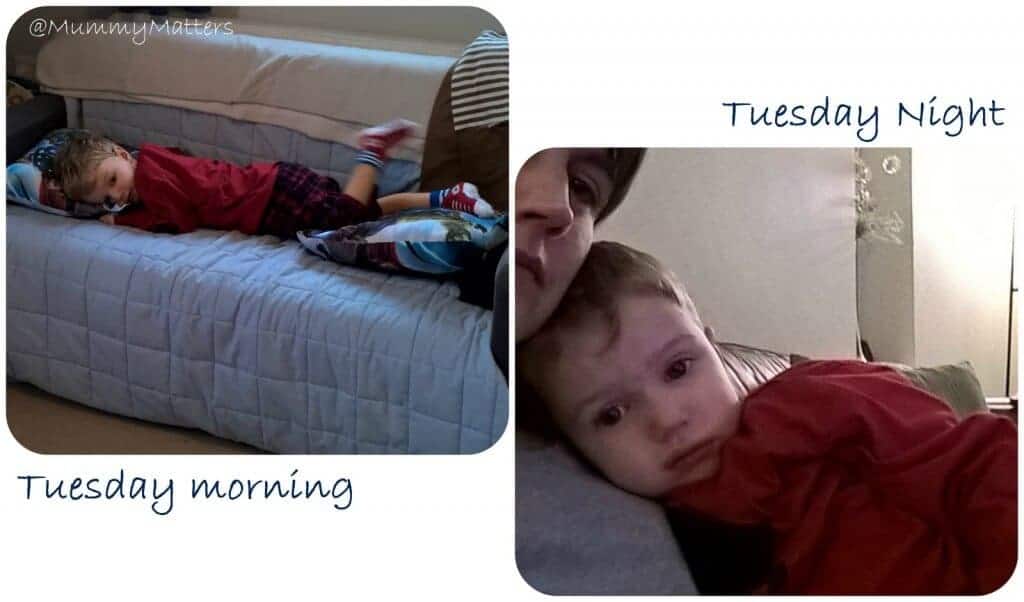 On Tuesday JB was very lethargic and that evening woke up in tears at around 10pm. When I asked him what was wrong he said “I don’t want my tummy to hurt anymore” and I could have sobbed along with him. I told Hubby right then that I would be taking him back to the hospital the following day.

In the morning I rang the children’s ward and asked if he could be admitted for an elective enema as I wasn’t prepared for him to go through the pain any further. Thankfully, the nurse spoken to JB’s Consultant directly who agreed to come out of a meeting to see him for an enema. I quickly arranged afterschool childcare for Little Bean and Beanie Boy, packed a bag of toys, books and snacks for JB then went to the hospital. 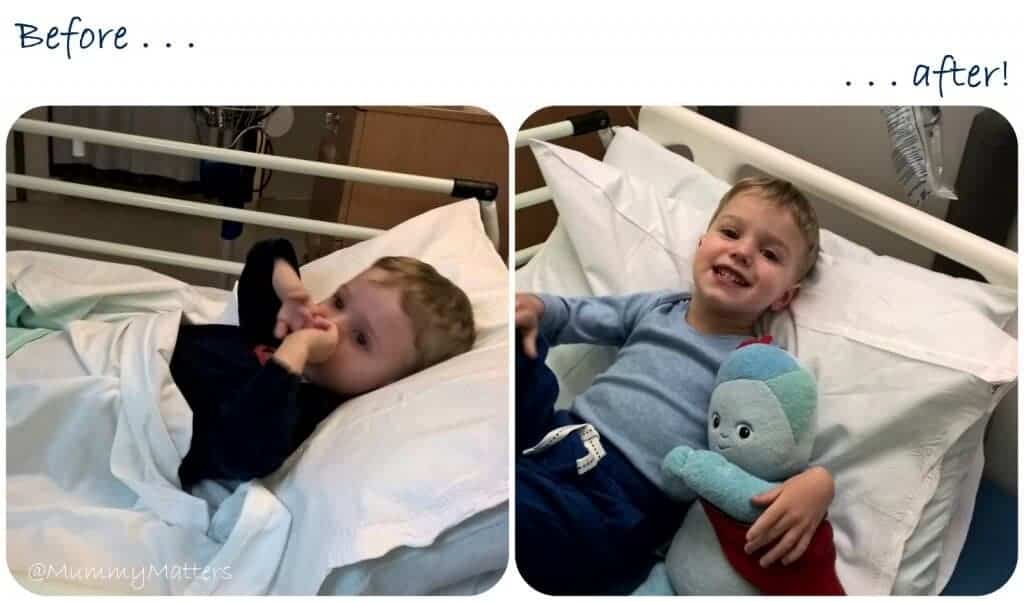 Upon arrival we were taken straight to a private room where he was given a dose of sedative. Unfortunately it has to be taken orally and JB really doesn’t like the taste, he spat the first little bit out and so the nurse took over. She laid him on his back and squirted it into his throat then rubbed under his chin, he vomited everywhere. All over himself, me, the bed which the nurse had just made and he went hysterical. I asked the nurse if there was another option as last time he had to have one in his gums but she told me he was too old for it. She returned 10 minutes later when I had finally calmed JB down with a cuddle and CBeebies. This time she had a different medicine that would be absorbed into his cheek immediately. He still protested but it was such a small amount that he didn’t get the opportunity to spit anything out.

After half an hour, he was in no way ready to fall asleep so the Consultant decided to go ahead with the procedure anyway as he was at least relaxed. It was naturally distressing for JB and it was distressing for me to watch although I knew it was for his own good. Within a few minutes the enema had been done and then I had to hold him on the toilet (which he really hates) but it worked as finally he opened his bowels and it all came tumbling out. Two large masses, the size of a small grapefruit followed by lots of smaller ones (sorry if TMI!!). 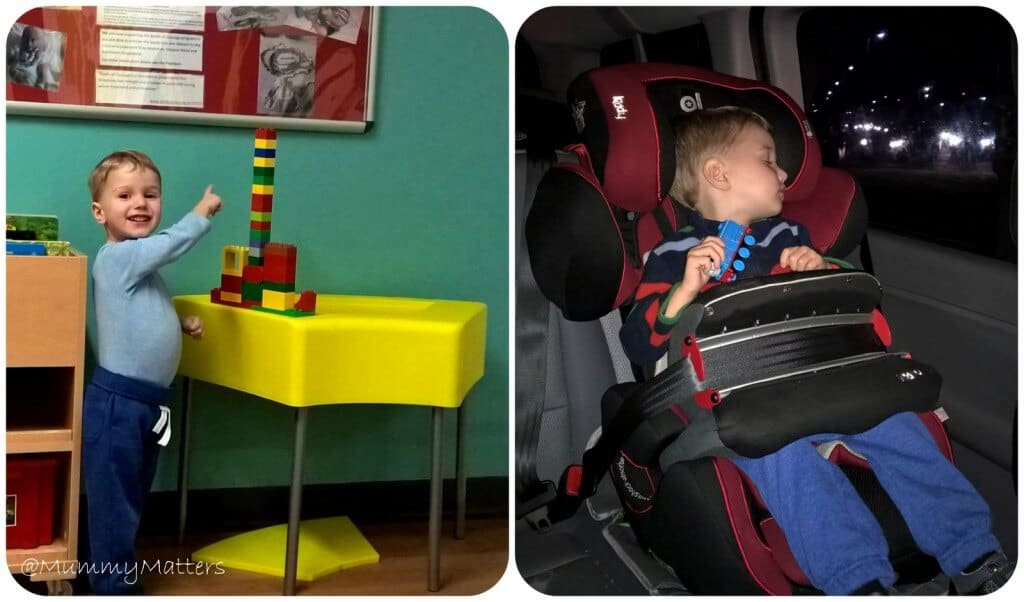 Once I had got him cleaned up, he told me “my tummy’s not hurting now Mummy” which was like music to my ears and the smile was back on his beautiful face. The Consultant came back to see us and asked what had happened in the days leading up to today. I updated him and he shook his head, he said that medicines alone would never have shifted what he had in his bowels and that he would have been in a lot of pain from it. He said we should never have been sent away from the hospital and that if this happens again we should call his secretary direct to go in. Obviously, we really don’t want it to get to this stage again so I’m hoping we won’t have to see him again other than for his follow-up clinic appointments.

Before this most recent episode Jelly Bean had been our best eater, he liked many different fruits and ate the odd vegetable here and there but he has been getting harder and harder to feed, preferring bread products like his big Sister. My challenge is now to try to coax him back to healthy eating so any help and tips would be greatly appreciated. After the troubles of trying to get Little Bean to eat over the years I am totally uninspired by food.

It’s been a really rubbish start to 2016 but fingers crossed it can only get better right?