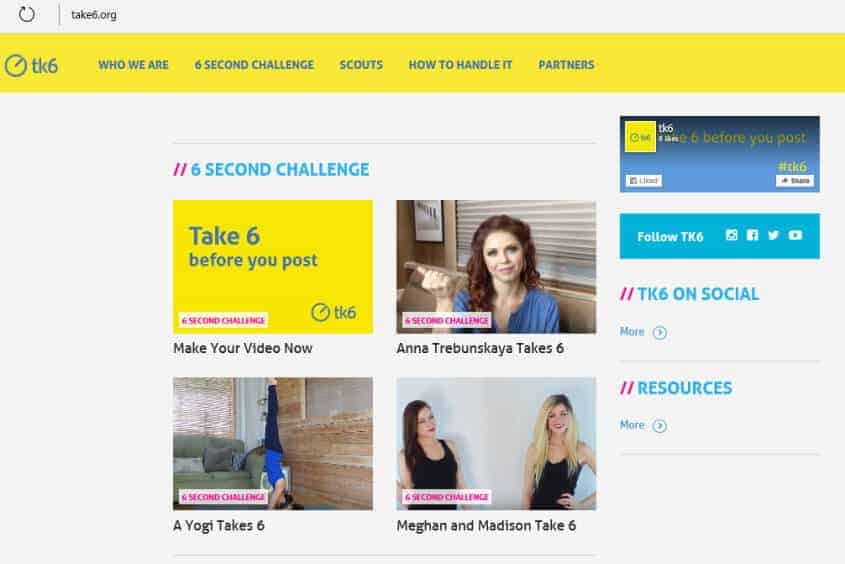 With four children who are going to grow up in the digital age I do worry very much about how it could have a negative effect on their future. They all know that ‘Mummy is a blogger’ and that she writes about our family life on the computer, the older pair understand now that what I write on the computer can be seen globally and this is something which the younger pair will come to know in time too. I do explain to them that I am very careful about what I write about and what I share online but this doesn’t stop me worrying about what they may share online as they grow older.

Curly now has his own mobile phone and a couple of social media accounts which we all keep an eye on but ultimately, we can’t control what he shares, we just have to hope that we have raised him to think before posting about the ramifications of his actions.

Yesterday was Safer Internet Day in London and aw the launch of the #tk6 campaign to encourage smart sharing to avoid embarrassing and permanent online footprints.

AVG Technologies (NYSE: AVG), the online security company™ providing leading software and services to secure devices, data and people, and The Scout Association, announced the start of a new initiative aimed at encouraging young people to think before posting or sharing their pictures, videos or texts. The launch of Take 6, or #tk6 is focused on helping people make more informed decisions online with a small, but significant, behaviour change. 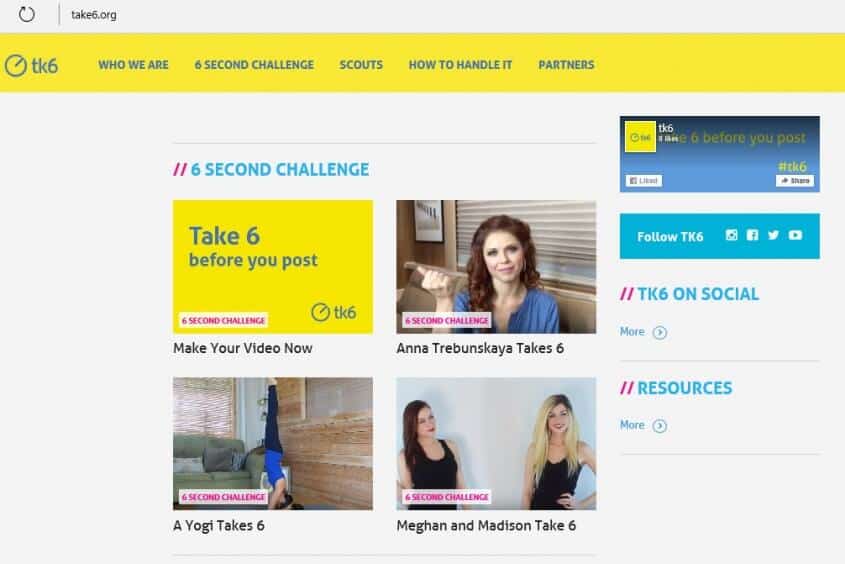 In a society where communication via mobile and social media is immediate, many people do not give much thought to ramifications of sending that text or that image. #tk6 is built on the idea that people should stop to think before posting or sending, essentially encouraging them to “take six seconds” before making that decision.

There are three options for the #tk6 community to tackle their very own ‘six-second challenge’:

The AVG Technologies and The Scout Association partnership sees the development of the #tk6 platform, supported by social media, designed to offer three, key interactions:

Introducing this programme with The Scout Association and its extensive network, the “take six seconds” challenge empowers digitally savvy young people to make real change to their online behaviour. The programme creates a forum, where they can openly share some of the key issues in their world, learn from each other, and make better decisions for the future. When surveying the landscape of online content today, the vast majority of it is targeted to the parents, or is talking down to kids. We want to create a place online where youth can positively influence each other, rather than listening to (or more likely ignoring) lectures from adults. With the right tools, and just a little bit of time to think before they act (say, six seconds), young people can be more responsible than we give them credit for.

“AVG is proud to be adding the #tk6 campaign to our #smartuser initiative,” said Tony Anscombe, Senior Security Evangelist at AVG Technologies. “The #smartuser initiative aims to educate and empower people, helping ensure they receive information about online responsibilities with the right content at the right time. Partnering with The Scout Association will introduce #tk6 to millions of UK-based Scouting, and indirectly, non-Scouting, individuals to play an active part in this.”

“Together, we will seek to create a #tk6 community where relevant brands, influencers and organisations can engage,” said Alex Killick, Corporate Partnerships Manager at The Scout Association. “Our aim is for this partnership to deliver the shared space, not just to create a community, but to give the community the opportunity to share the key issues they face.”