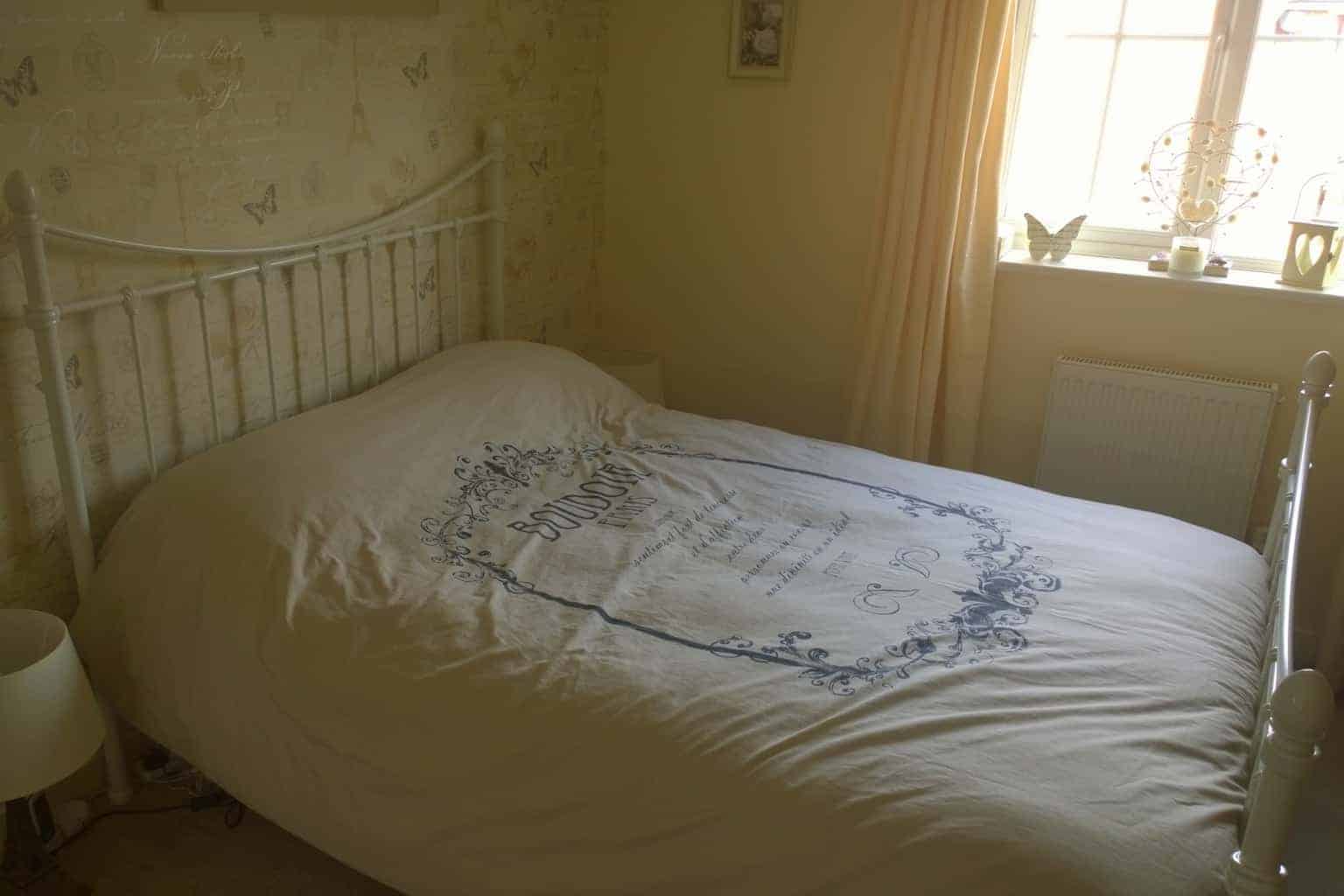 The second week of our summer holidays started out pretty good and not half as stressful as I was expecting it to be but then again I made certain ‘deals’ with myself before the week began;

1. I would find activities to keep the Beans entertained so that they didn’t sit staring at a TV screen all day.

2. They would have a daytime nap if I deemed them to be ‘over-tired’ and grumpy.

3. I would leave my ‘work’ until the evenings when they were in bed unless an opportunity presented itself. 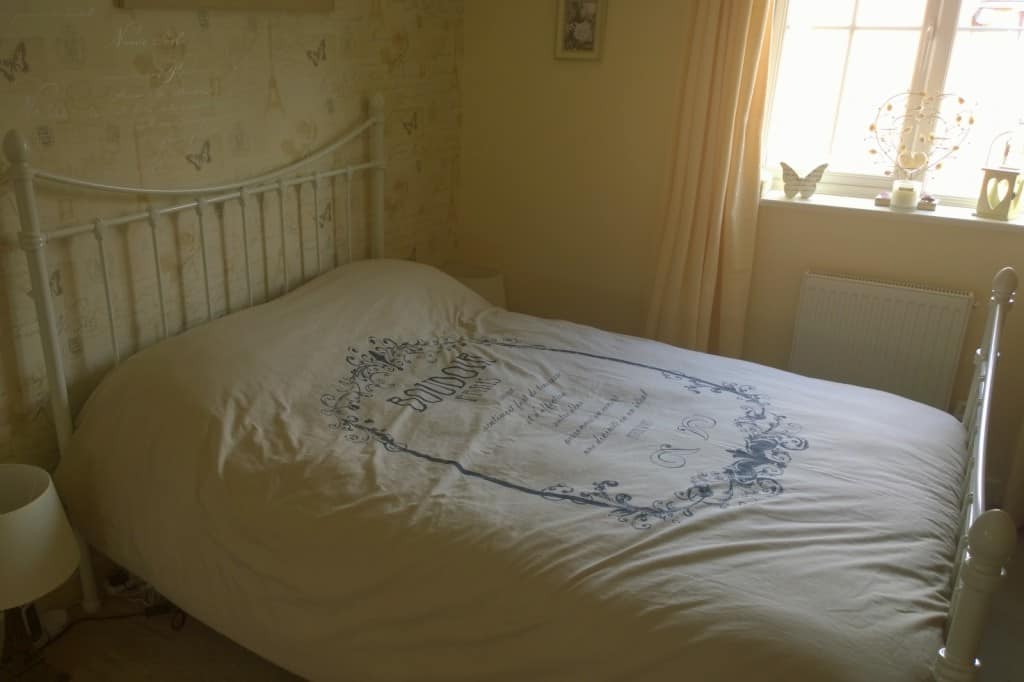 Our day began with an exciting delivery from John Lewis, our gorgeous new bed! A little self-assembly was required but it didn’t take me long and it’s still standing a week later so I must have done it right. 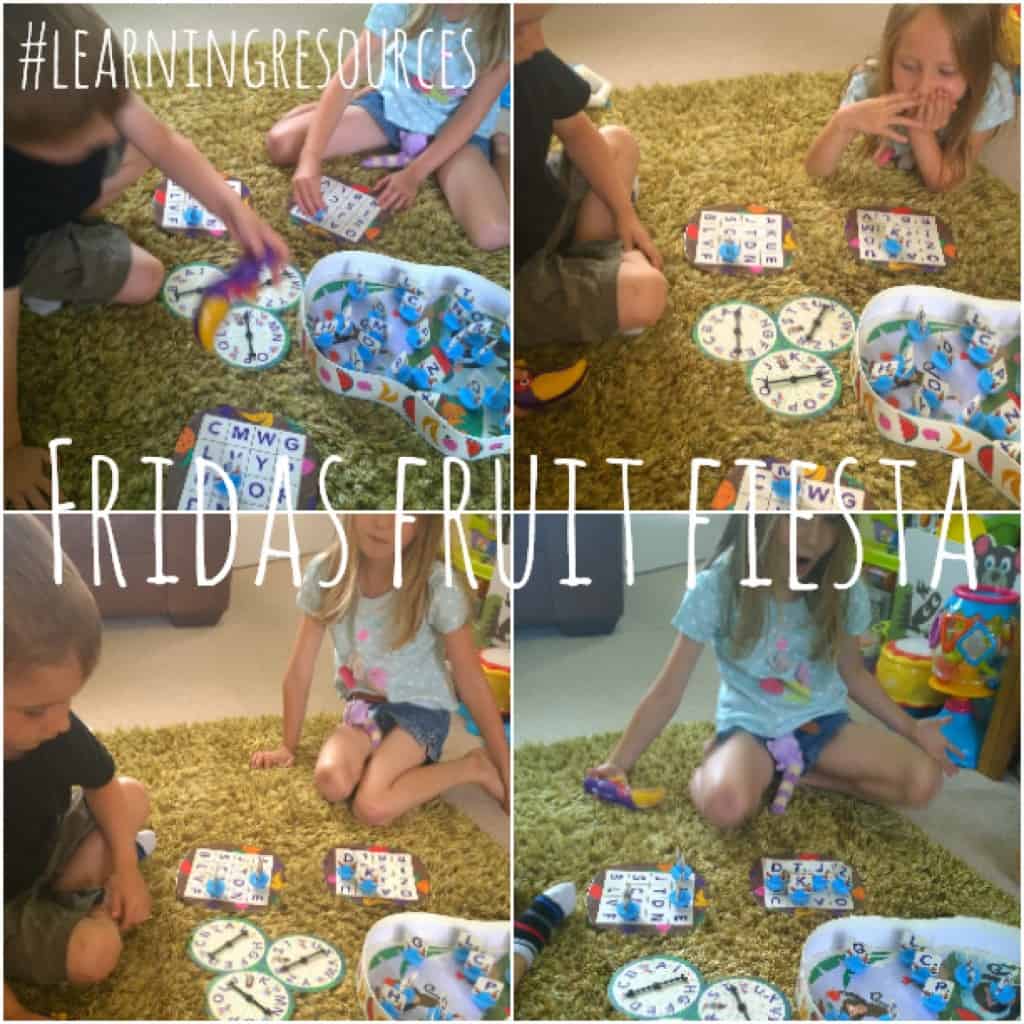 Whilst Jelly Bean was sleeping, the bigger Beans and I had lots of fun playing Frida’s Fruit Fiesta from Learning Resources. The game is very simple and quick to play making it perfect for little people who tend not to have as much staying power for playing board games. The bonus is that it teaches letter recognition and matching skills. We played the game four or five times and thankfully we each won at least once. Beanie Boy loved it so much he even talked Daddy into giving him a game when he came home from work.

The Beans wanted to play out on their scooters so I took the opportunity to have a little sort out in the garage and take photographs of the things that I need to sell. 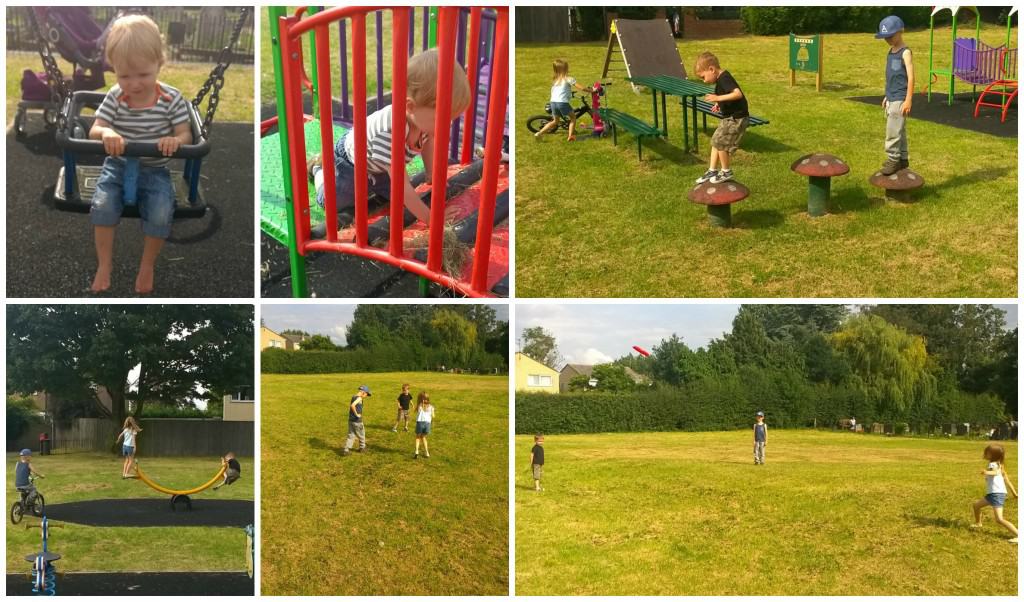 In the afternoon we walked to the park and took one of LB’s school friends with us. It was steaming hot at the park but the children weren’t put off, they ran around like lunatics, played frisbee, chase, shops and monsters. 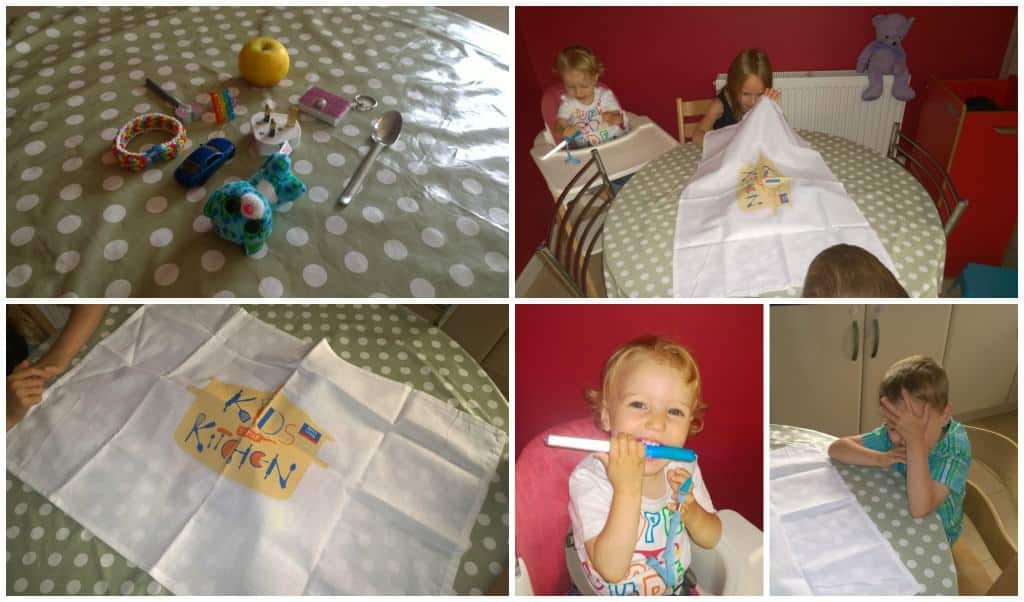 Tuesday morning began with memory games played around the kitchen table as suggested by Betta Living. Just a simple game of placing objects on the kitchen table and then covering them over with a tea towel. One person removed an item and the other person had to guess what had been removed. I have always known that the Beans have good memory skills but they amazed me at just how well they did. They soon tired of just removing one item, so we kept adding items until they could remove more at a time. In the end they were removing between 6 and 10 items at a time and still getting them all right. Clever little monkeys. 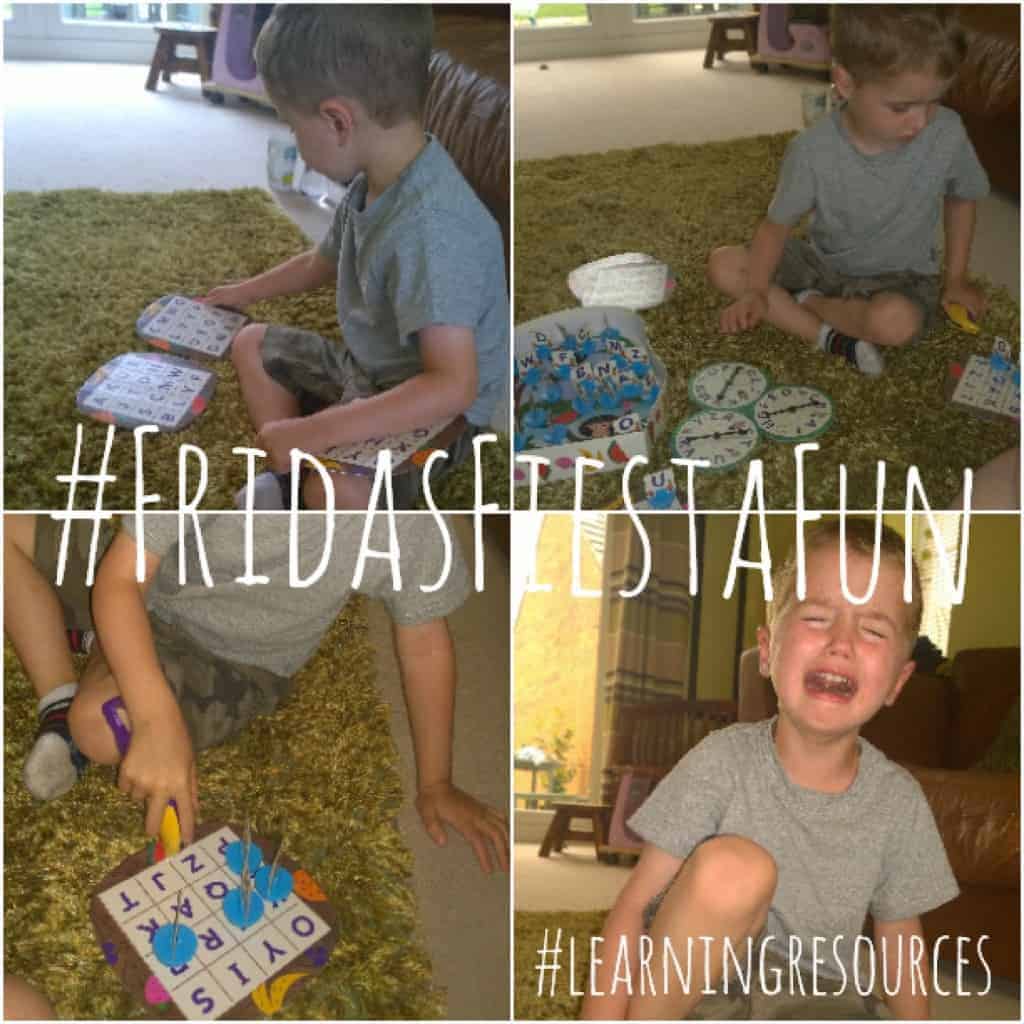 In the afternoon Little Bean went to the local Playscheme with one of her friends and then went back to their house to play and have tea. That gave the boys a chance to catch up on sleep and me the chance to get caught up on work. We even managed a couple more games of Frida’s Fruit Fiesta but sadly Beanie Boy wasn’t happy about not winning this time.

Our morning was spent playing more memory games, colouring and playing with figures. Just simple fun without the need for the TV to be switched on. There was no arguing, no whinging, just a lovely morning with my Beans. 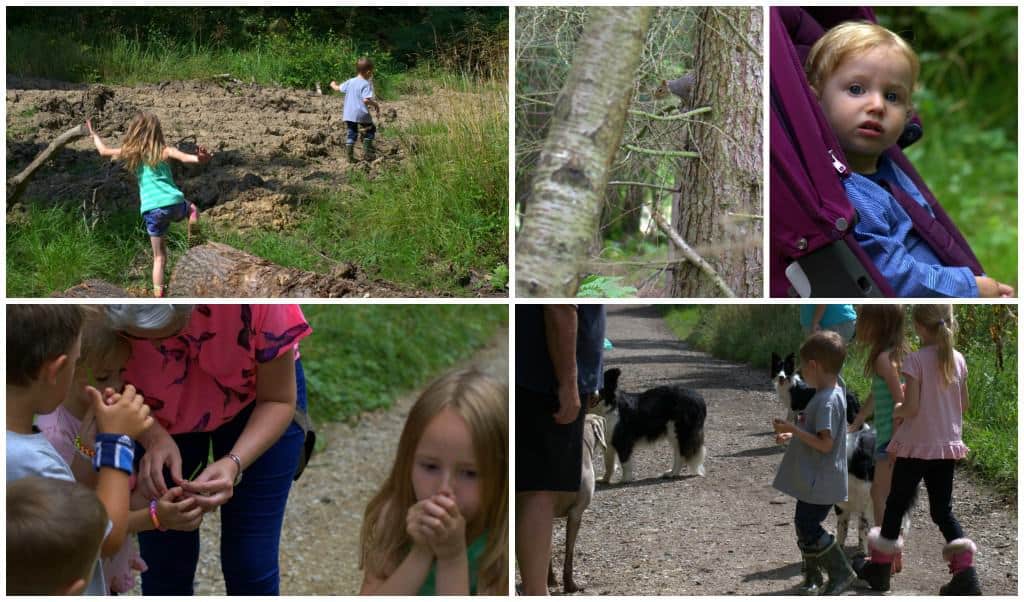 Thanks to the wonders of closed groups on Facebook we were able to organise a little get together with a couple of the Mums and Little Bean’s friends from school. We met up at Bourne Woods for a picnic and what we thought would be a little walk. As it turned out, we got lost and it became a long walk but we had lots of fun nonetheless. One of the Mums taught the children how to make a musical instrument using their hands and a blade of grass (I STILL can’t do this!).

Thursday was not our best day, as I would later discover Little Bean was on the verge of sprouting chickenpox. She had a funny little lump on her forehead which didn’t look anything like a spot which Beanie Boy had whilst we were away camping so I didn’t think too much of it but she was seriously grumpy like a bear with a sore head. Unfortunately we had a few arguments between myself, Little Bean and Beanie Boy which I hated and so when a friend offered to pick her up for playscheme I jumped at the chance for us to have a break from each other. 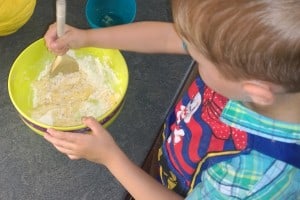 Once she had gone, the boys went back to bed for a nap and I sat down to work again with a naughty bag of chocolate buttons to console myself! Beanie Boy and Jelly Bean didn’t sleep for long so my ‘work’ was shortlived but upon waking they seemed in a better mood too so Beanie Boy and I baked some cakes whilst Jelly Bean pottered around in his usual busy-boy fashion.

When Little Bean returned her mood wasn’t much better where her brothers were concerned so I decided a DVD was in order. Little Bean opted to take herself up to her room to watch a DVD of her own choosing whilst the boys and I snuggled in the lounge to watch Spiderman (again). 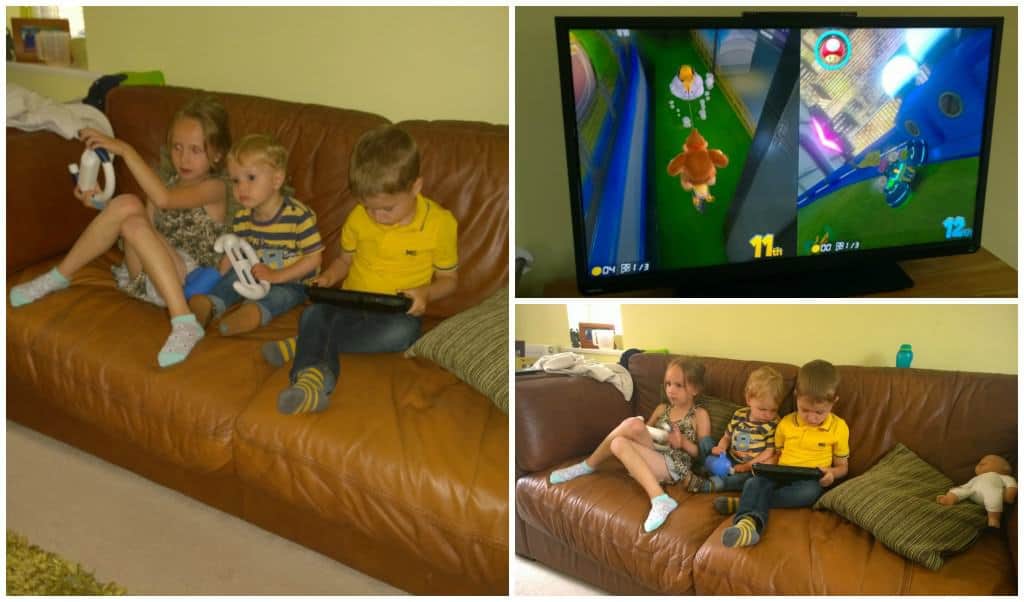 I was awoken on Friday morning by Hubby telling me that Little Bean did indeed have chickenpox so there would be no playscheme for her. The weather looked less than ideal too so we kept ourselves busy with our loom bands, matching pairs and a few games of Mario Kart 8 on the Wii U. 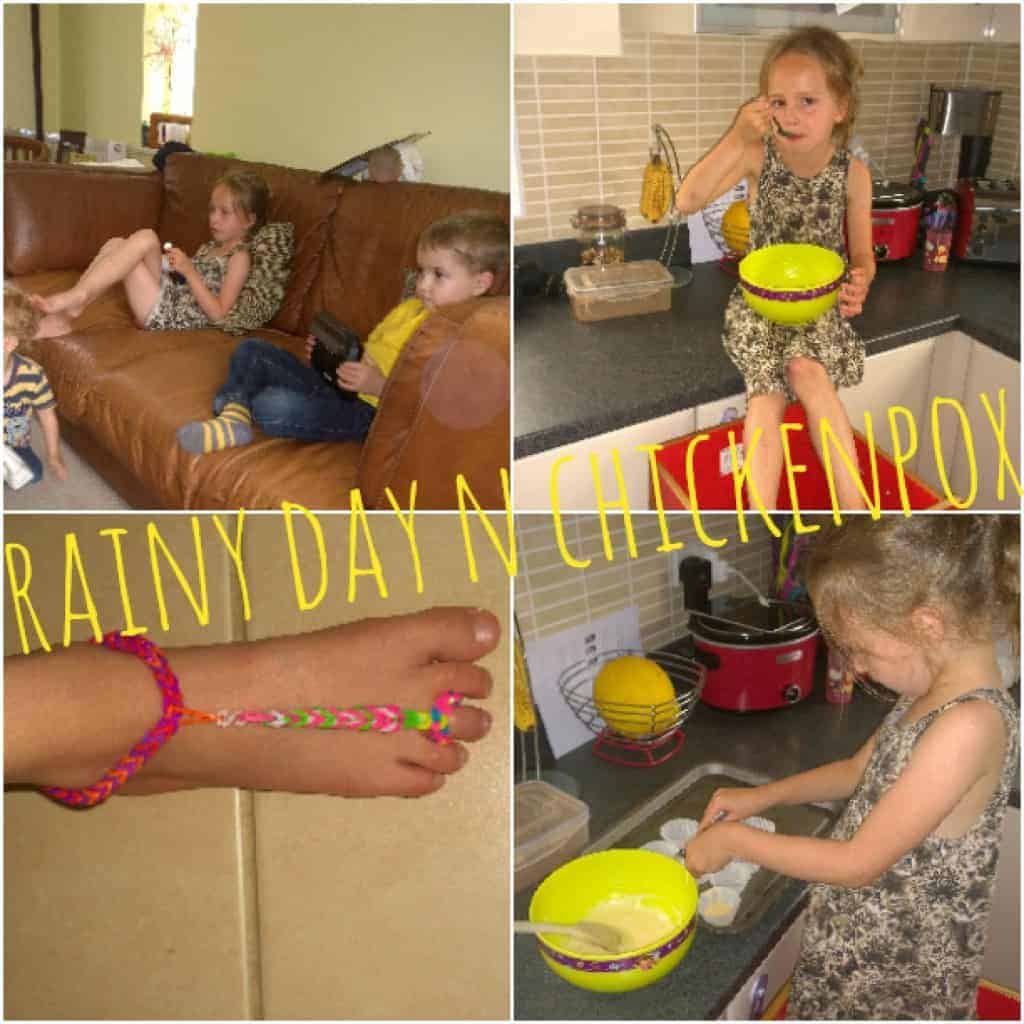 Little Bean made herself a fun loom band ankle bracelet with toe ring which I was very impressed at and then she talked me into baking more cakes because they had already eaten all the cakes from the previous day. Well you can never do too much baking can you? 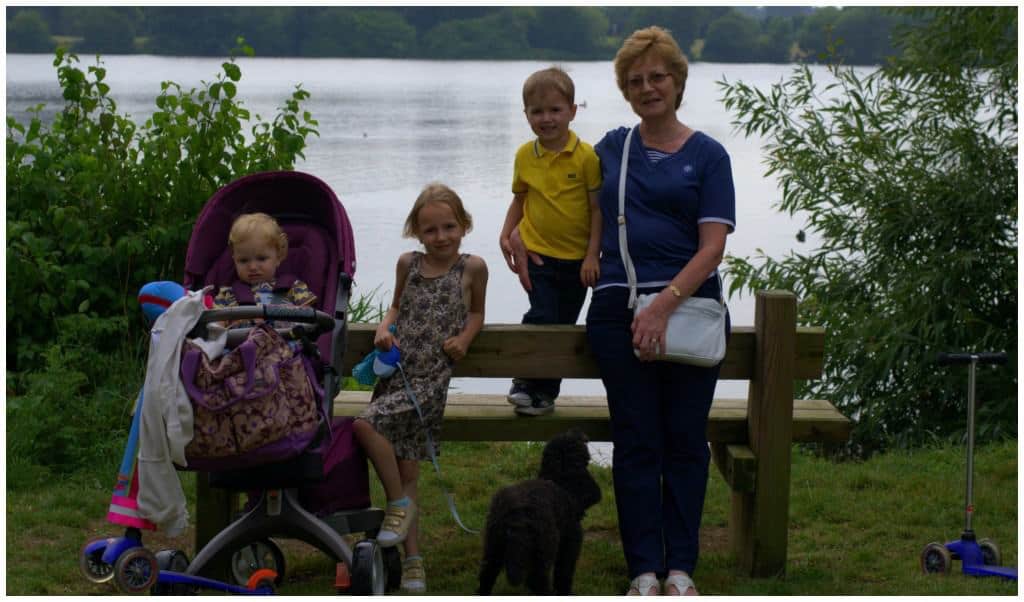 Later we arranged to meet Nanny and Georgie over at Ferry Meadows. The closer we got to Peterborough the less I like the look of the skies but to our great delight, the rain stayed away and we enjoyed a couple of hours walking around Ferry Meadows. 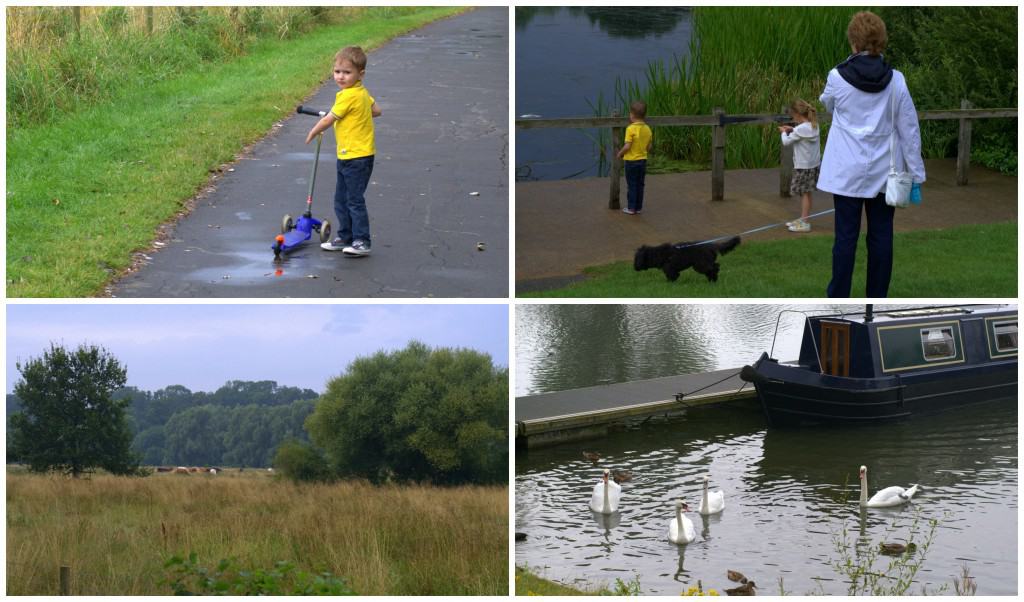 We finished our visit with ice-creams and biscuits for the Beans and a lovely cup of tea for Nanny and me and a surprise visit from Auntie E. A lovely end to our week. 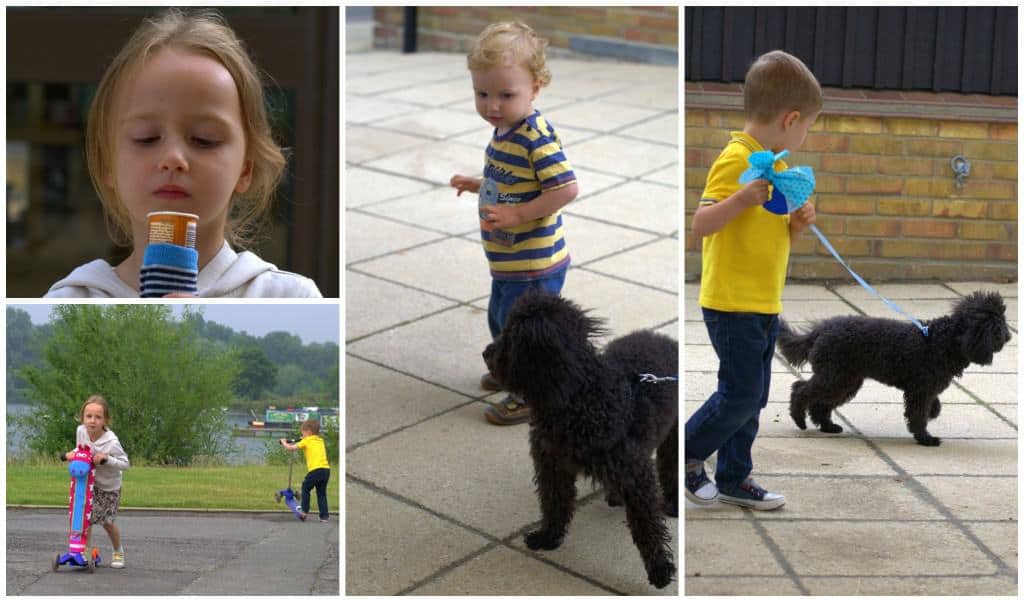 So how was your week? Why not pop over to Coombe Mill to see what other bloggers have been up to over the summer holidays with their #CountryKids