Curly and Little Bean have a rollercoaster relationship, they either get on really well or they fight like cat and dog. They both love each other but their age difference of 6 years sometimes causes problems because Little Bean wants to do everything that ‘Bro’ is doing, she wants to follow him everywhere and play with all of his things. When ‘Bro’ decides that he doesn’t want to play with Little Bean she will do all that she can to get his attention and will generally get on his nerves. Much of the time she can be a pain as younger siblings can be but I also think that Curly’s years of being an only child at his Mum’s house have meant that he doesn’t have very much toleration for Little Bean and he has a tendency to push her away and ignore her. 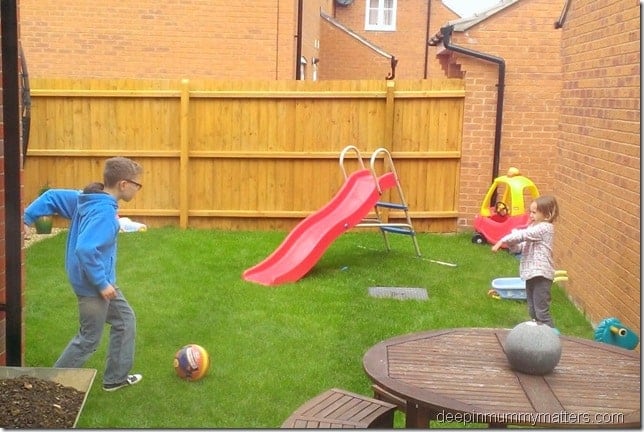 But every now and then we get a glimpse of a beautiful relationship, there will be the odd cuddle here and there which hasn’t been initiated by Little Bean and games like yesterday when they were ‘neighbours’ visiting each other in their rooms and discussing the weather!! This morning we have football coaching in the garden, Curly is trying to each Little Bean the skills of being a goalkeeper whilst we enjoy 5 minutes peace and quiet as the younger boys have their naps!

How do you find your children relate to each other?