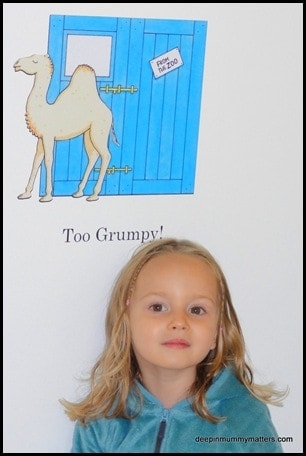 How do you handle your overtired youngsters?

Since Little Bean has started school we have really struggled with how tired she has become and sadly that means that we have struggled with her behaviour too. I am so proud of the way that Little Bean has settled into school, to say that she only knew one other boy it hasn’t upset her or deterred one iota. Each day she comes home and tells me a new name of a child that she has spent time with that date and when I sat down with her to go through a class photograph a few days ago was surprised by just how many names she knew already.

When I picked Little Bean up from school I can see that she is tired so we generally just come home and try to have quiet time, reading books, doing puzzles or just chilling on the sofa together. I try to keep things as low key as possible and make sure that she is in bed by 7pm each night.

From the moment that she gets home however, it’s like she is fighting with her inner self, the one that wants to go to sleep and in order to stop herself from falling asleep she must doing everything as fast as she can (except eat her tea), as noisily as she can and as manically as she can. In her whirlwind she knocks over everything in her path, usually her baby brother Beanie Boy and then the fights begin.

I would like to say that at 7pm she drifts off into a lovely peaceful sleep but more often than not she is still singing, playing with her toys or shouting for another drink, snack or wee until past 8.30am and then she wakes up anytime from 6am. This is so different from the girl she used to be, up until about 6 months ago she was a solid sleeper from 7pm to 7.30am but the new Little Bean just can’t seem to do it and it’s spoiling the little cutie that she once was.

Today as a special treat my Mum took her on the bus into town for ‘an adventure’ and Little Bean was so excited. I waved them off after lunch with smiles from everyone but just an hour ago she returned with a very sombre “hello Mummy” and a bottom lip I’m surprised she hadn’t tripped over. I looked to my Mum and said “oh dear, didn’t it go well”, “no she’s been really naughty” came the response.

On their trip Mum had taken her to the Early Learning Centre where they were doing all kinds of arts and crafts but Little Bean just messed around and said it was “boring” and asked to go to the local Museum, Mum took her there but she wasn’t interested when she got there and said she wanted a McDonalds. Mum took her to McDonalds for her to only eat one chip before refusing to eat any more and then moaned all the way home on the bus that she was hungry!! It’s so disappointing as they had both been really looking forward to their time together and I know that she has only behaved this way because she is so tired but I really don’t know what to do. If we give her naps in the daytime she cannot get to sleep in the evening, and I mean until at least 9.30pm. How do you handle your overtired youngsters?