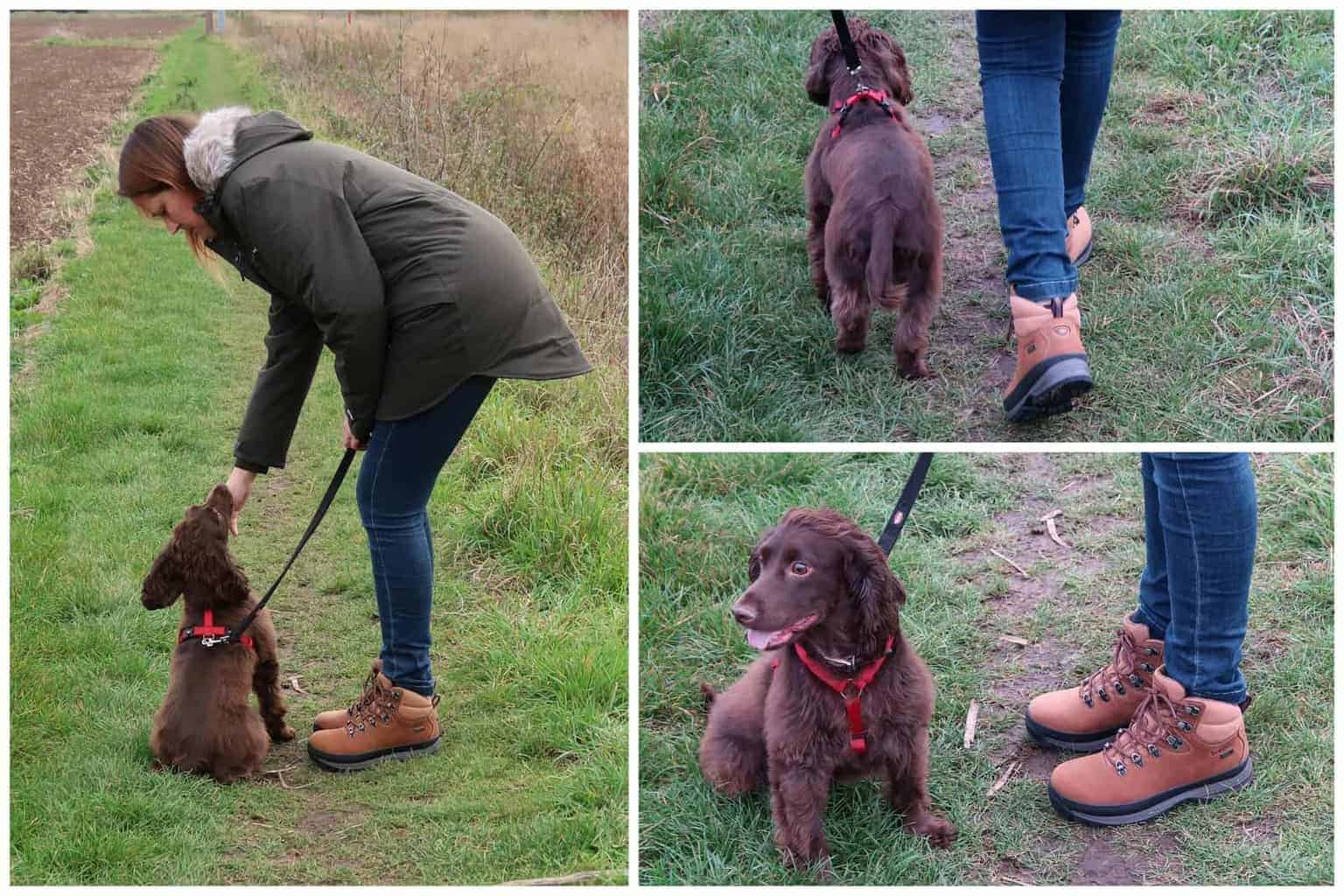 Bramble has been a member of the Mummy Matters family for over a year now and has settled in like a dream, it feels like he has always been here. That’s not to say there haven’t been teething troubles as any owner of pets will know it isn’t always plain sailing and one dog isn’t the same as the next. 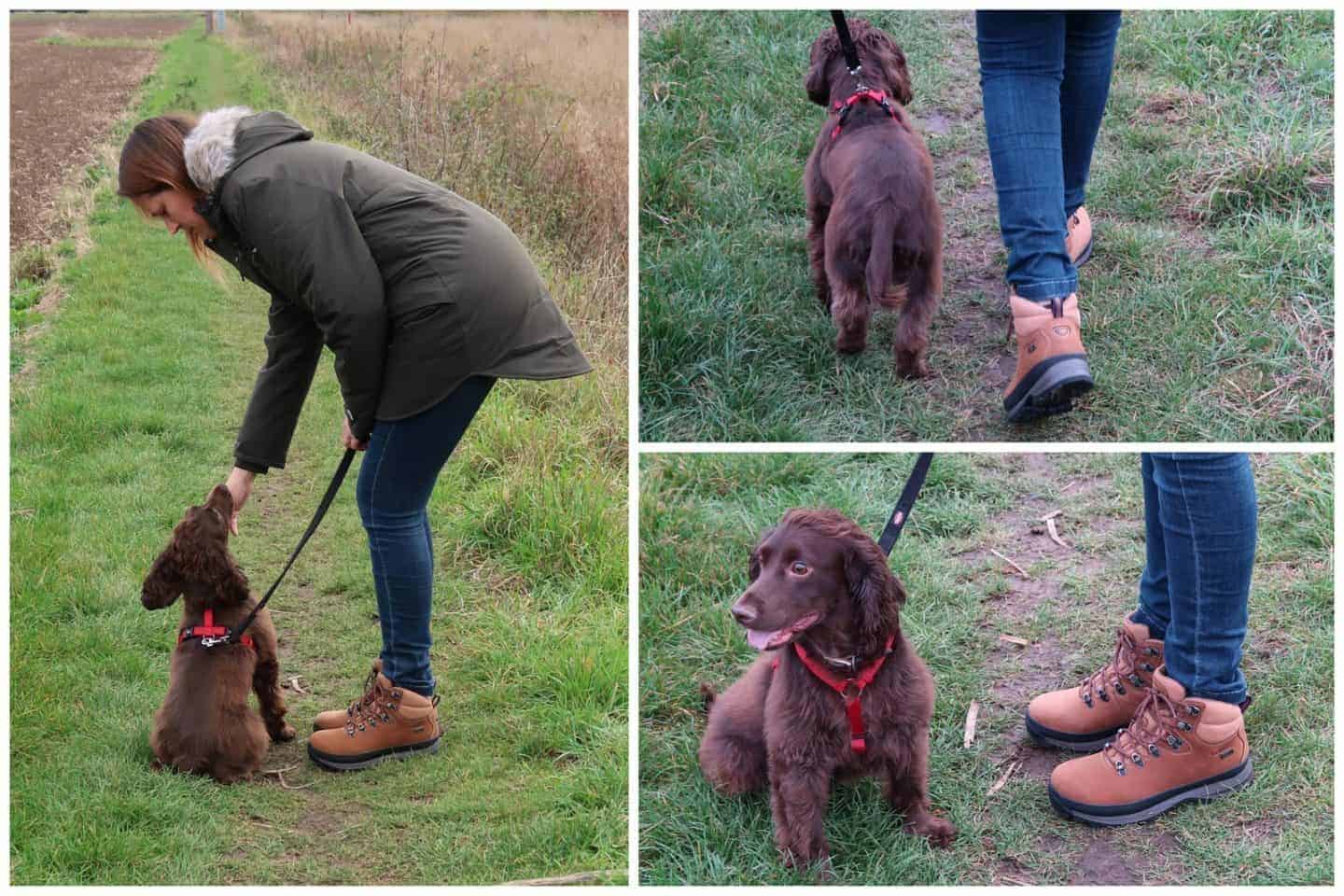 Growing up I had a King Charles Cavalier Spaniel and so I thought I knew all there was to know about life with a spaniel but oh how wrong could I be? Bramble’s life began as a working cocker spaniel as a flusher dog. His job was to run through the undergrowth for the Game Keeper chasing out all the birds and one family dog walking trip to Fineshade Wood near Corby will show you how much he loved that aspect of his life. He hurtles through the bushes and comes out looking like he is the newest member of the SAS with twigs, leaves and the like stuck to his coat and tail with great lumps of soggy mud hanging from his undercarriage, he truly is a sight to behold. His love of this kind of terrain means we have to ensure we have the right dog walking clothes to protect us from the elements.

The Working Cocker Spaniel has sooooo much energy and this was proven when I fractured my ankle earlier this year meaning our dog walks stopped, he literally would be stir crazy by the time the rest of our humans arrived home after being couped up with me all day. Bramble makes a Duracell Bunny look horizontal!

One of the first things that everyone says to me when they meet Bramble is “how old is he?” because they assume he is a puppy. Bramble is now 3 years old but very tiny which is apparently a trait of the working cocker breed so they can fit through smaller spaces.

From the very first moment we met Bramble he ran off to collect a toy and that is still what he will do whenever someone comes into the home or when he senses you are talking about him. He has a soft rabbit, a panda, a duck and a few rope toys. More often than not the Panda or the Rabbit will be his toy of choice and he will sit with the toy in his mouth for a good 30-40 minutes before taking a break. He is very gentle with them and has never torn any of his cuddlies, they are like his babies – we did have a slight panic one day when he ran off with the Christmas Elf – tears all around from the Beans!!! 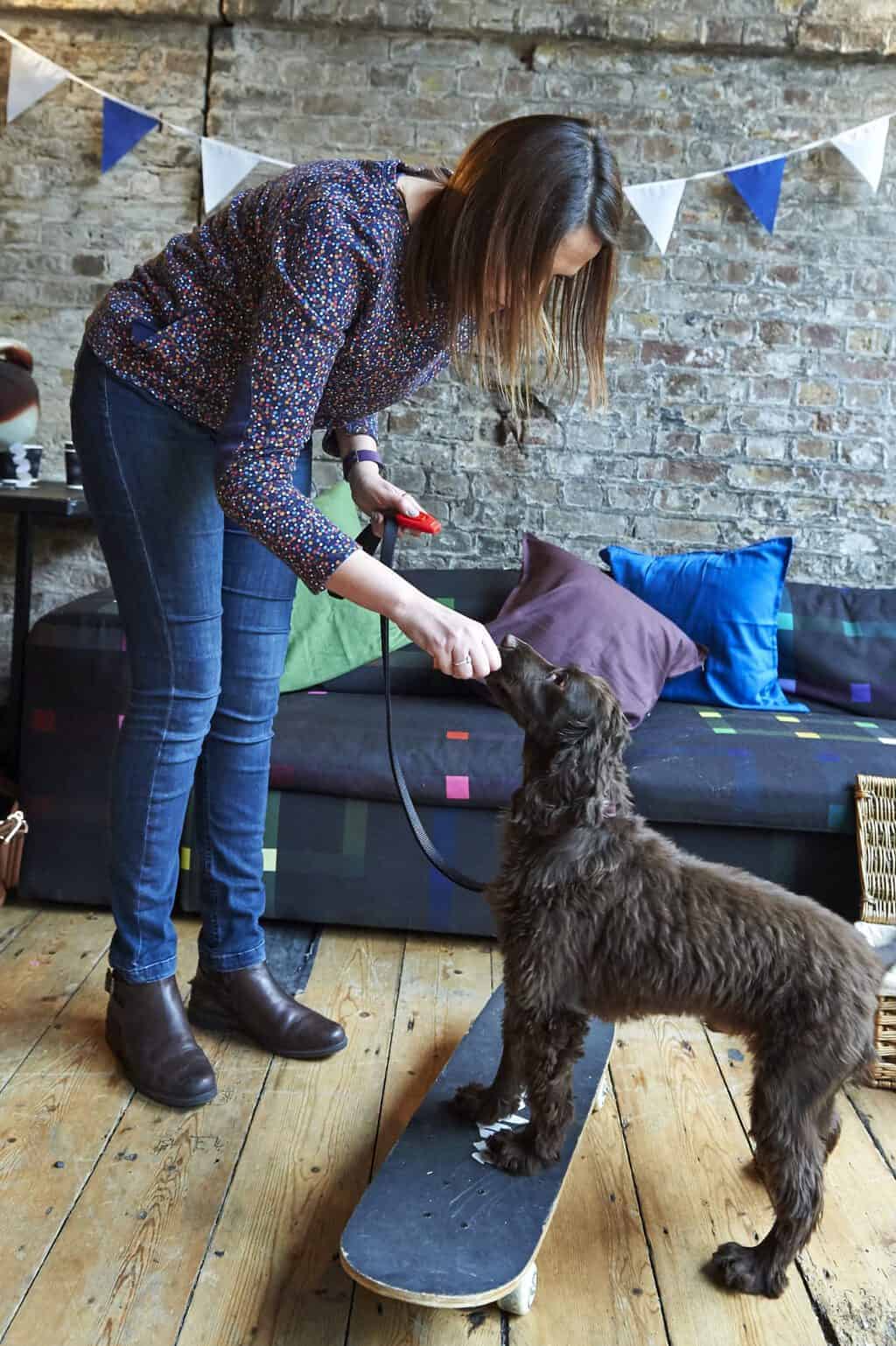 On the one hand, working cocker’s are classed intelligent dogs and I do agree with this to some extent. However, they are only intelligent when they are focussed and this is the key element to Bramble’s training as he often lacks focus. When he first came to live with us he would toilet in the house any time, anywhere and this took a few weeks of crate training to sort out. We do put this down to his stable life before living in a home so we had to show patience with him. He does still have the odd accident now but that tends to be on cold/wet days when he is refusing to go outside to toilet.

Over time we have worked with him on clicker training and target stick training which is mostly successful, again this totally depends on his focus. Sometimes he gets so excited about being told to sit or give his paw than his bottom bounces up and down like a yo-yo or he gives you both front paws at the same time.

Bramble as a family dog 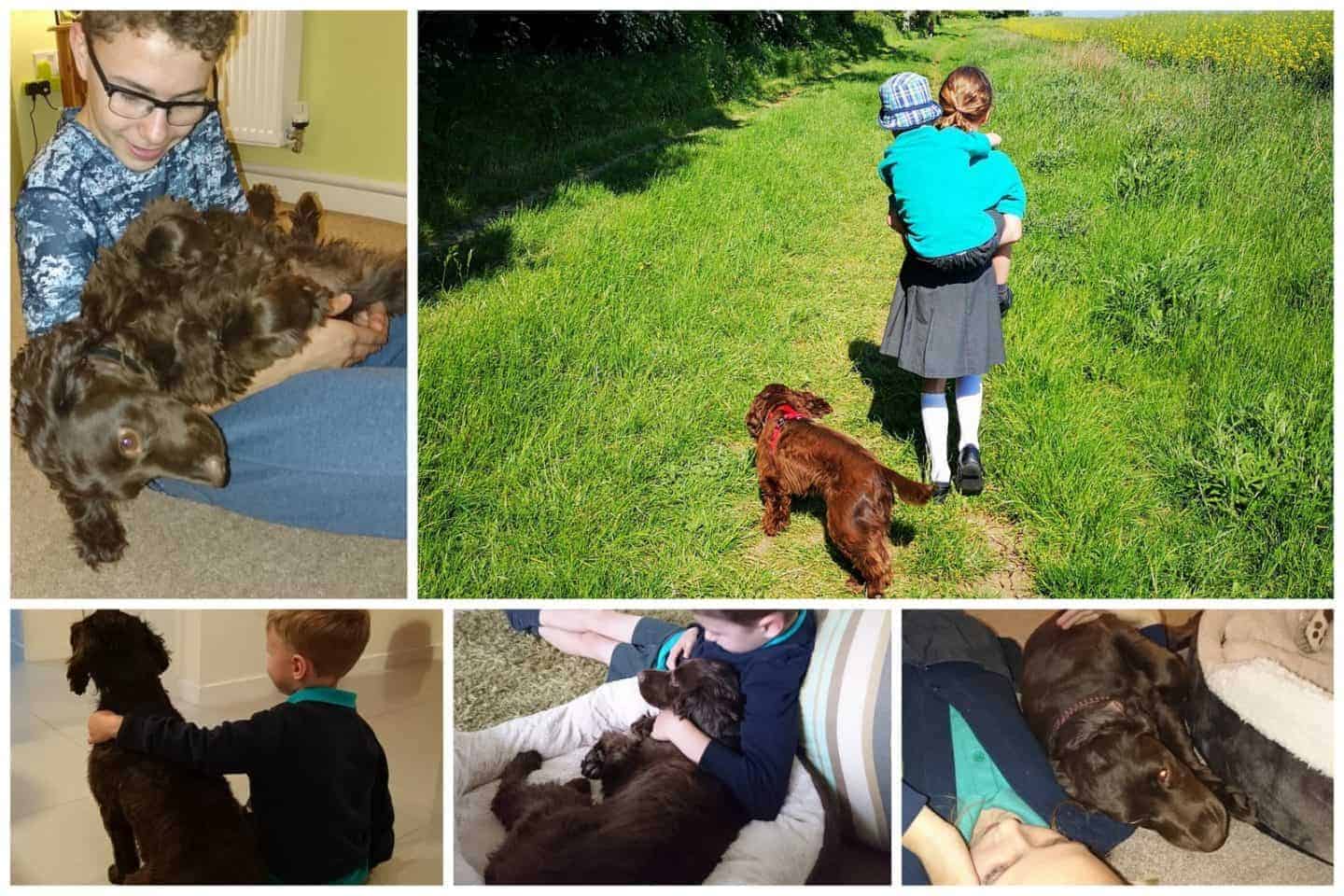 This for me is where Bramble has totally come into his element, he and the children all get along so well. He loves lots of fuss, affection and playtime which luckily the children are all happy to give in abundance. He loves nothing more than snuggling up on the floor with them and going to sleep or chasing his toys as they are thrown up and down the hall. He had the best fun in March chasing the children in the snow and catch snowballs in his mouth. 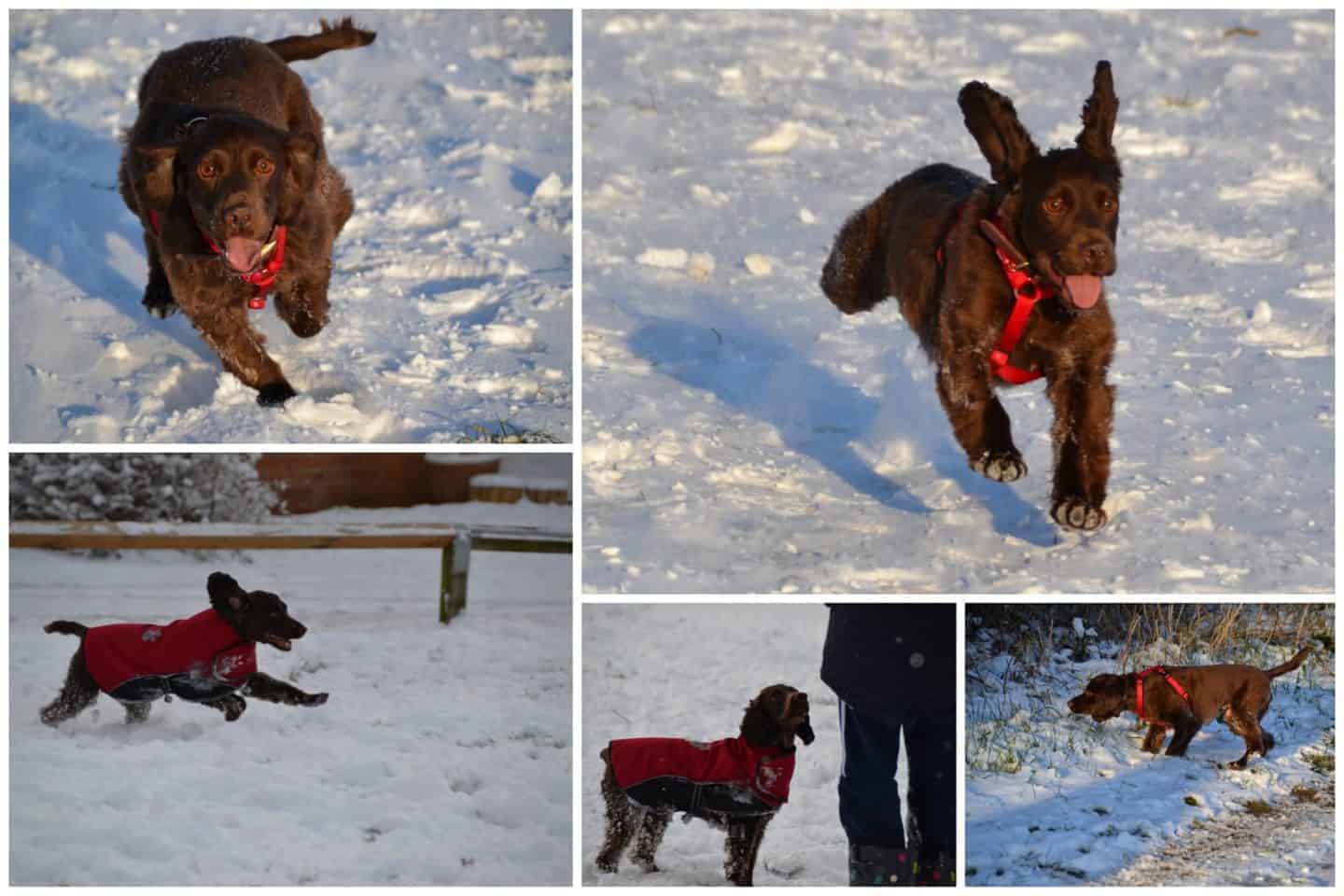 Having Bramble has meant that as a family we get out more for family walks, the longer the better! This means that we have to make sure that we all have good walking boots and coats because Bramble likes his walks as muddy and ‘off road’ as possible.

When Bramble first came to us he seemed to constantly be scratching and his fur looked quite dull. We spoke with our local pet shop who initially advised [easyazon_link identifier=”B07GZWPM44″ locale=”UK” tag=”mummmatt-21″]Green’s Pantry food[/easyazon_link] which he loved. We chose the grain free option which definitely helped to reduce his itching. We think that Bramble was allergic to grain and this was giving him dry, flaky skin. His coat looked better but still not brilliant. Eventually, we settled on Seven Dog Food which again is grain free, a great source of protein and rich in Omega 3. Since switching to Seven we have seen a massive improvement in Bramble’s coat, breath and overall health. He looks well, has lots of energy and is no longer scratching constantly or suffering from recurring ear infections.

Do you have a family dog? I would love to know more about them in the comments below x