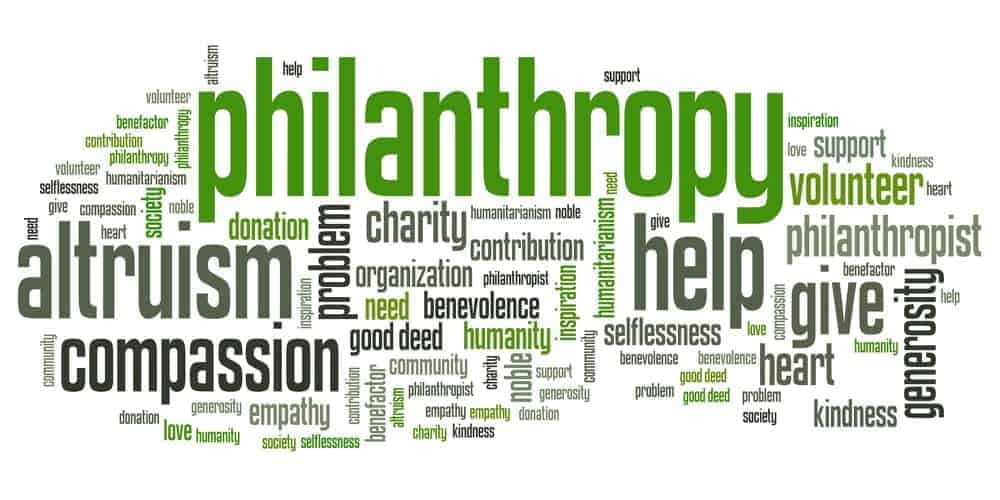 Creating young philanthropists: teaching your child the importance of charity

We are not living in the 1980s, when greed was good and the only thing of importance was oneself. That way of thinking has thankfully changed and the children of the 80s are now teaching their own children the virtue and importance of thinking of others.

Not just about money

However, although people are more likely to dip their hands into their wallets to make a donation, there are many who are going a lot further. These people are becoming actively involved with the charities they support, in turn are given the label of philanthropist and are subsequently respected for it. People like Jennifer Douglas Abubakar, who was called to bar recently, and who is involved in the AIDS foundation charity Gede that helps to promote awareness of the disease, make it less of a taboo subject and advances policy change.

There is also scientific research that suggests children who are taught philanthropy by their parents enjoy a greater sense of wellbeing and are more popular among, and likely to be more accepted by, their peers. This has a knock-on effect of better behaviour in the classroom and achieving better grades in education. Parents can teach that there is a financial benefit to be had for philanthropy too, meaning that consumers respond better to businesses that give something back to the community, thereby improving patronage by customers and generating sales.

So how does a parent instil the idea of philanthropy in their child? The first step is to start locally, getting involved in some charitable activity such as a sponsored sporting event or even a community gardening project, and then encouraging their child to go with them. They could link the charity to something that has happened to their family, such as a grandparent that had Alzheimer’s or cancer, so that their child can gain an understanding of how other families may be similarly affected. They could also go through their child’s playroom with them and sort out any toys they no longer play with. Parents can explain that there are children who do not have toys to play with and how kind it would be to give these children toys they no longer use. If possible, parents should ask the child where he or she would like their unwanted toys to go by giving them a list of names, such as a local children’s hospital, and take the child with them when they drop them off so they can see the effect of their kindness.

Parents could also teach them the value of money by asking if they would like to donate part of their pocket money to charity. The best way to do this is by sectioning their allowance into three parts–one section is for spending on whatever they want, another section is for saving, and the last is for giving. This method will also teach them the valuable life skill of budgeting for when they are older.

Instilling philanthropic values in a child can be a reward in itself, as it makes them kinder and more accepting of others. Teach a child how to think of others as well as themselves and it will be an education that continues into their adulthood.