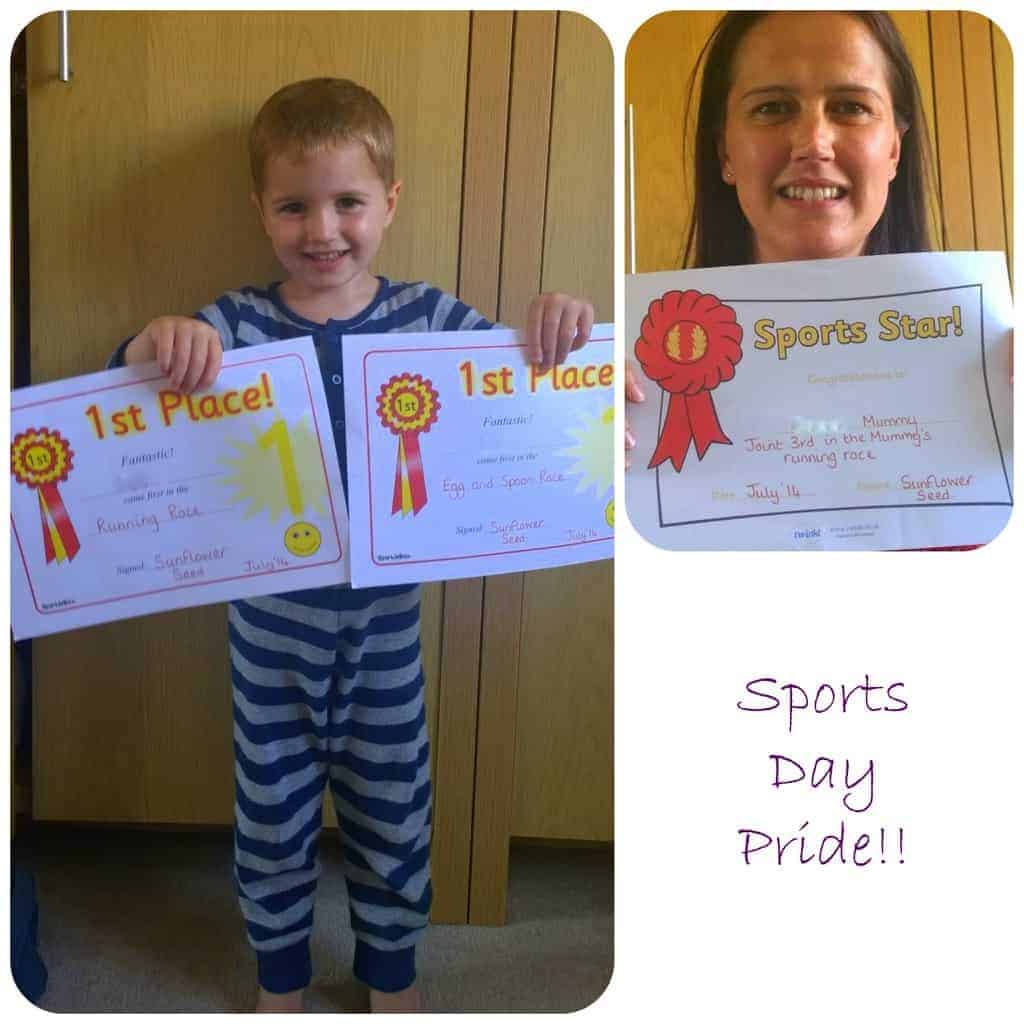 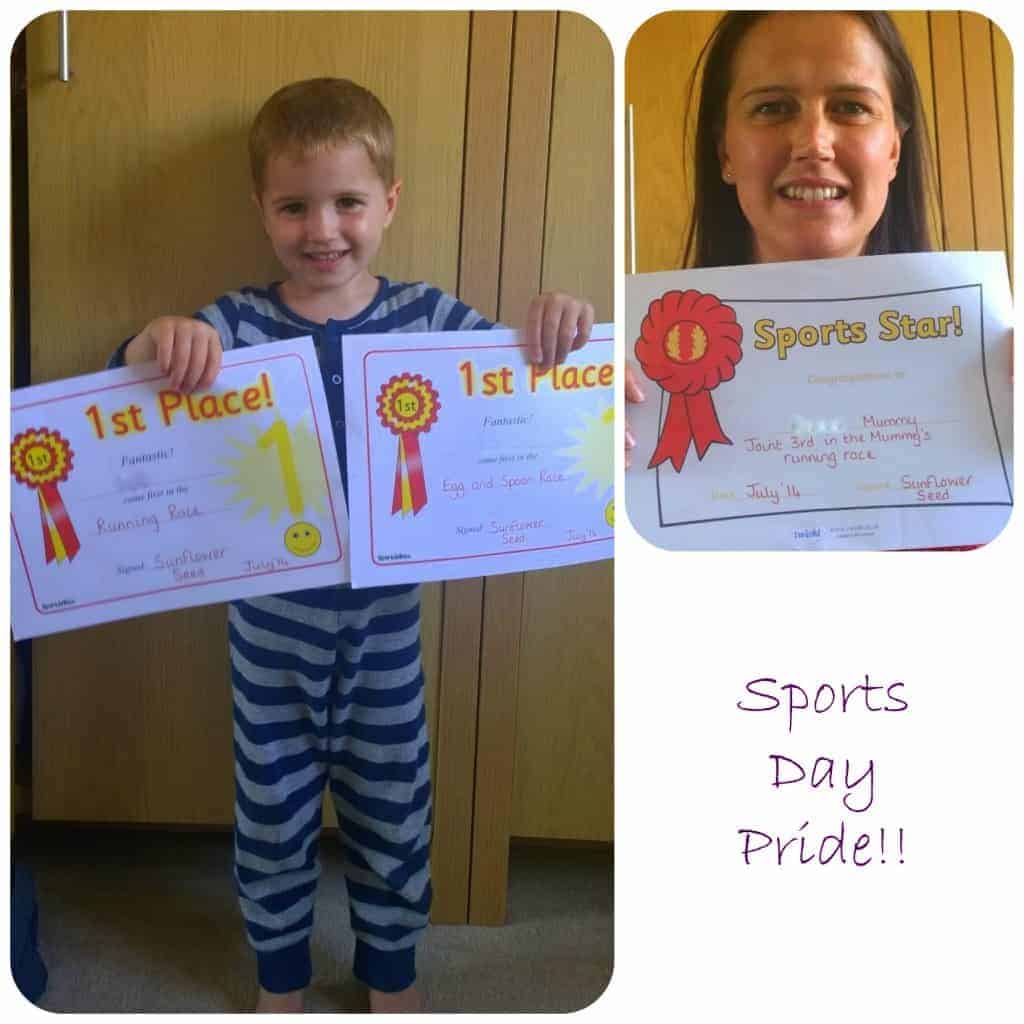 This morning as the sun was shining brightly I congregated with lots of other Mums, Dads and Grandparents to watch Beanie Boy’s pre-school Sports Day. Beanie Boy told me that he was going to run as fast as he could and he most certainly did, he won 1st Place in both of his races by the skin of his teeth as he was neck and neck with one of his little friends all the way in both races. He was over the moon with his efforts and so was I!

Then came that moment that I dread, the parents race! In the past I have managed to escape it as I have been pregnant or had a baby in a sling but this time my excuses didn’t stack up and so when the big brown eyes of Beanie Boy stared up at me and asked if I would run, I couldn’t really say no.