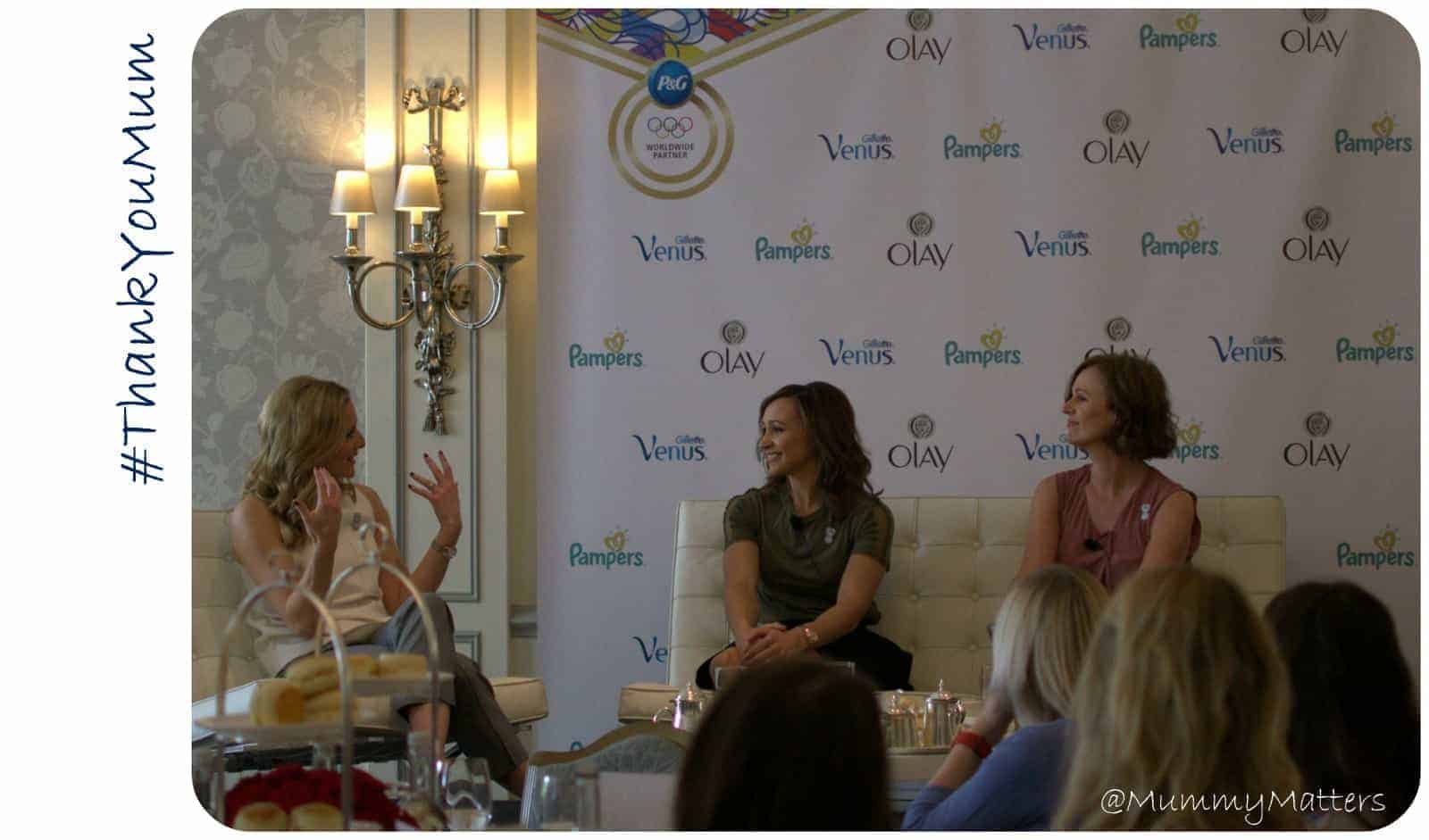 I’m feeling a little sleepy as I write this post. I’m sitting in First Class on the train home from afternoon tea at The Savoy River Rooms. I was invited by P&G who are proud sponsors of the Rio 2016 Olympic Games to a Q&A Session with Jessica Ennis-Hill and her Mum, Alison Powell, hosted by Gabby Logan. 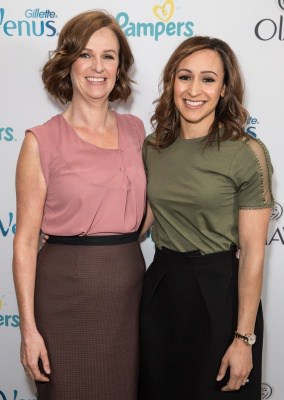 Back in 2012 I was proud to attend the ‘Raising an Olympian‘ event and tell you all about how P&G wanted to thank Mums for the wonderful work they do and now they are doing it again. At 2pm this afternoon, exactly 100 days to the start of the Rio 2016 Olympic Games, P&G launched their brand new #ThankYouMum ‘Strong’ Video.

It was Jessica’s parents who first introduced her to the idea of taking up sport and in the beginning she would train up to 3 days a week with her parents playing taxi driver to get her there. It’s just the sort of thing that us parents do for our children. Alison said that she feels taking part in sports provides confidence and structure, both mentally and physically. It helps you to overcome obstacles. Alison has always encouraged Jessica to do what makes her feel good.

I  really don’t believe I would have been able to achieve any of my World, Olympic or European medals without the support and strength of my mum throughout my life.”

Since winning Gold at the London 2012 Olympics Jessica has been celebrating a new status in her life, that of Mum to Reggie. Jessica says that becoming a Mum has definitely changed her, she was always an emotional person but since having Reggie she is even more so and will turn to her Mum once more for help. Becoming a Mum has taken her by surprise, as it does with most Mums, you always expect to love your children but you’re never fully prepared for how that feeling consumes you. She has a new found respect for her Mum and would be delighted if Reggie chose to take up sports on any level and will support him whatever life choices he makes.

That’s even truer now as I’m juggling the very different but equally important challenges of being a mum myself to an energetic toddler and my full-on preparations for Rio 2016. She is the most amazing Grandma and plays a key role in helping to look after Reggie when I am training and Andy is working,” ~ says Ennis.

In 2015 Jessica won Gold for the Heptathlon in Beijing just 13 months after giving birth to Reggie. Whilst most Mums are keen to get back into their favourite pair of jeans, Jessica was winning with a 6 pack! She ‘credited’ her 6 pack to her amazing support team of physio and doctors who coached her on the gentle exercises she could do to gradually reduce the abdominal separation and then to get back to her training. The mere nature of the sports that she does with all it’s twisting and turning is what really works her body into shape. Jessica waited 3 months after giving birth before returning to training.

When asked how her training had altered once Reggie was born she commented that taking herself away from Reggie was very difficult, particularly in the beginning but living close to her family she was able to leave Reggie with her Mum knowing that she would stick to Jessica’s schedule and foods so that he would be happy and whilst she was training she would make each session count. Before being a Mum she might have days where she wouldn’t train so hard as she wasn’t ‘feeling it’ but now she knows that time is important so if she is going to be away from Reggie she has to make sure that she is putting in 100% and making it count towards her goals.

There have been lots of times in training when you feel ‘I don’t know if I can do this anymore’. You’re really fatigued physically and mentally, preparing for an Olympic Games is a really stressful thing and you think to yourself ‘Can I do this?’ or ‘Do I want to do this?’ My mum always just says ‘You can do it, it is going to be hard but if you have a hard journey to something, that’s not plain sailing, then the end point is always that much sweeter when you are successful,” ~ continues Ennis-Hill.

I was able to ask Jessica a couple of questions, so I asked one serious question but also lightened the mood with my usual ‘Celeb Question’;

Q1 – For Sports Relief lots of children dressed up as you [Jessica] for School. When you were a child, who would you have been your sporting hero that you would have dressed as?

Until I started doing sports myself I didn’t really have any heroes, I was more into music but once I started training I really admired Denise Lewis. I don’t think we did lots of fancy dress at school but I do remember once going as Pippi Longstocking

Q2 – If you’re standing in front of a Pick ‘n’ Mix stand, which sweets would you pick first?

Oooh I haven’t been asked that one before. I guess I would go for the Cola Bottles [laughs].

“Strong” the new “Thank You, Mum” campaign video, builds on the tradition of storytelling seen in P&G’s previous Olympic Games campaigns, “Pick Them Back Up”, “Kids” and “Best Job”, are among the most viewed Olympic Games videos of all time, with a fresh new take on the pivotal role mums play in their kids’ lives.

P&G’s Olympic Games campaign is inspired by the research brands like Pampers®, Olay®, Pantene® and Bounty® do to create products that work better for mums and families. Now for the first time, P&G brands are revealing some of that research in “The Mum Report,” offering new insights about what it means to be a mum in today’s world.