I’m only technically a day late this week so I’m quite impressed that I have made it this far.

Last Sunday we popped into Peterborough with my Sister and her family as they wanted to check out Tiger Store since they don’t have one very close to where they live and it has fast become one of our favourite stores to visit. I took this photograph in The Body Shop as the girls were enthralled by everything in there. I kept hearing them saying “this one says ‘Try Me’ here you go” as if it was an invitation, they were spraying and rubbing things all over themselves. They have both turned into quite the little ladies and love all things girlie and beautifying, I could just imagine them doing this together in 10 years time! 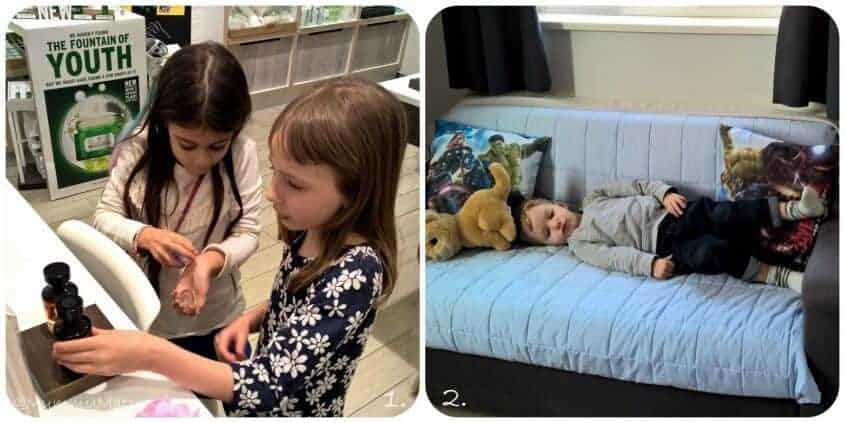 After our busy weekend with family we were all feeling pretty jaded so Jelly Bean and I had a chilled out day at home. Usually Jelly Bean likes to play in the playroom but on Monday morning he asked if he could play in his bedroom. He started off playing with his Toot Toot Driver’s set on the floor and told me to leave him to play, I listened to him playing happily and kept popping my head in as I passed his door whilst doing jobs. After a while I spotted him like this, laid on his sofa. He had switched on his TV and was just relaxing which is totally unlike him. I asked him if he ws ok and he said “my go to bed now Mummy?” so he did.

I have really had enough of the way I feel about myself and the way I look right now. As Winter began I was quite happy with myself and was eating reasonably healthily but through Christmas and the New Year I have really let myself go and have reached the point that I am uncomfortable in my clothing. On Monday morning I decided that things needed to change so I got out my new cookbooks, Deliciously Ella Every Day and LeanIn15, I made a meal plan for Hubby and myself and shopped to it. This meal was delicious and I’m pleased to say that a week into this method of eating and shopping, I have started to lose weight as well as saving money on the shopping bill. 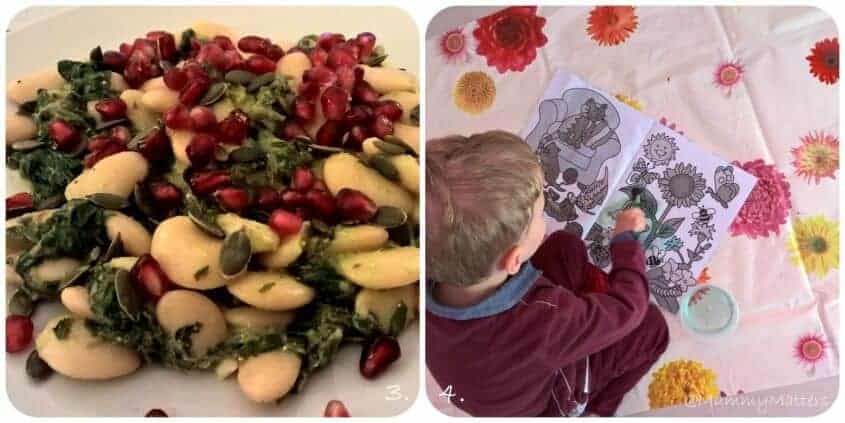 When the Beans are at home, we love to do crafts but over the years I have accumulated masses of duplicate craft supplies so I had a mass clear-out. I emptied all our craft cupboards (yes plural) and drawers into the kitchen and bagged up all the excess then gave it to our childminder to utilise. I’m pleased to say my cupboards are now much tidier and Jelly Bean had a blast painting every single page of this Magic Water Painting book that we found in the bottom of a drawer. He was amazed by all the colours as they emerged from the paper.

On Thursday after school the sun was shining and so the Beans asked if they could play outside on their scooters. For a few minutes I stood and watched them before decided that it would be much more fun to get out my scooter and join them, so I did and they loved it. We raced back and forth for nearly an hour. Jelly Bean was very tentative to begin with as he prefers to ride his sit-on scooter but by the end of our play session he had really got the hang of it and was getting up some speed. 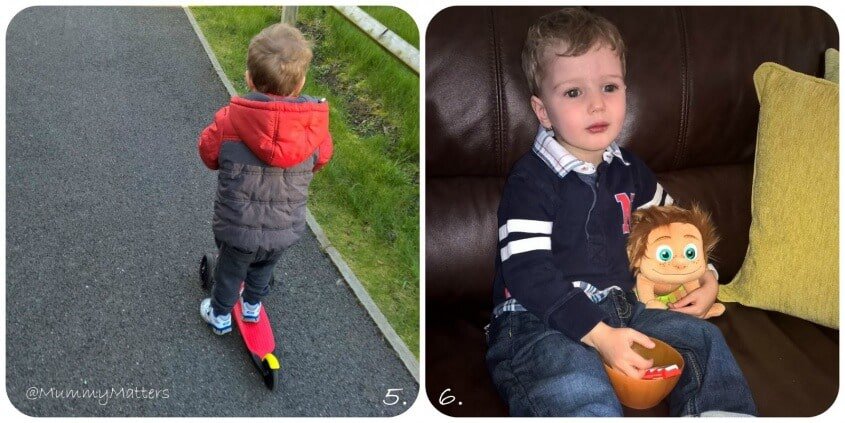 Mum had the day off with Jelly Bean and I on Friday so we popped over to Stamford in the morning and then after school once Mum had collected the Beans we sat down to watch a film together. It was a lovely relaxing end to the week and a great start to the weekend.

Saturday afternoon was a day that Jelly Bean had been looking forward to for weeks. He had been invited to his friends birthday party but not just any old party, it was a Scooter Party. The children had a blast and thankfully nobody went home with injuries. I took both of Jelly Bean’s scooters (and my own) but he opted to stick to his Microscooter with the seat, I think he felt a little safer with so many people zooming past him. 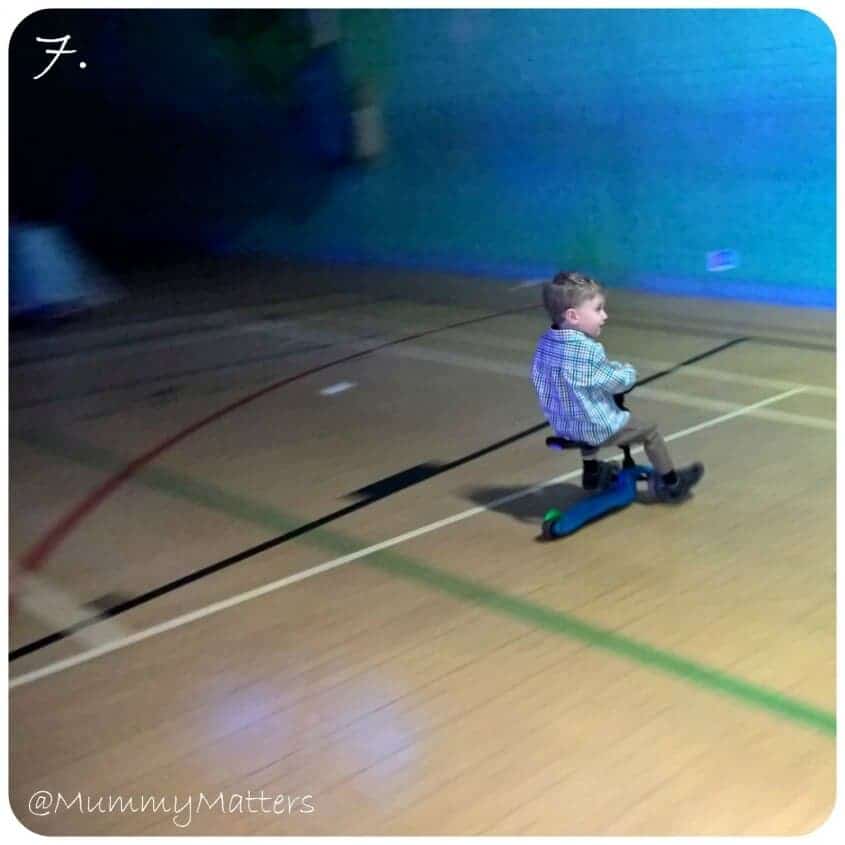