Getting away for a family holiday is such an important part of the calendar year, a time when you can fully focus on each other without the distractions of daily life. No work schedules, no ‘homework’ and a more relaxed way of life mean that everyone gets the chance to unwind, connect, explore, have fun and make magical family memories.

Iceland might not be your first thought for a family holiday but when you really stop to take a look, you’ll see that Iceland offers everything that a family could wish for from relaxation and adventure to science and nature or history and culture. The question you really need to ask is whether you’ll be able to fit it all into just one trip or will you be left wanting more?

Do you need any more reasons to visit Iceland than the prospect of witnessing the Aurora Borealis? As the Summer season draws to a close in Reykjavik the Northern Lights begin the most beautiful natural light show on Earth. Take your adventures a little further East or West of the Capital and you will find the big open spaces and zero sodium glare offer up the perfect viewing conditions. 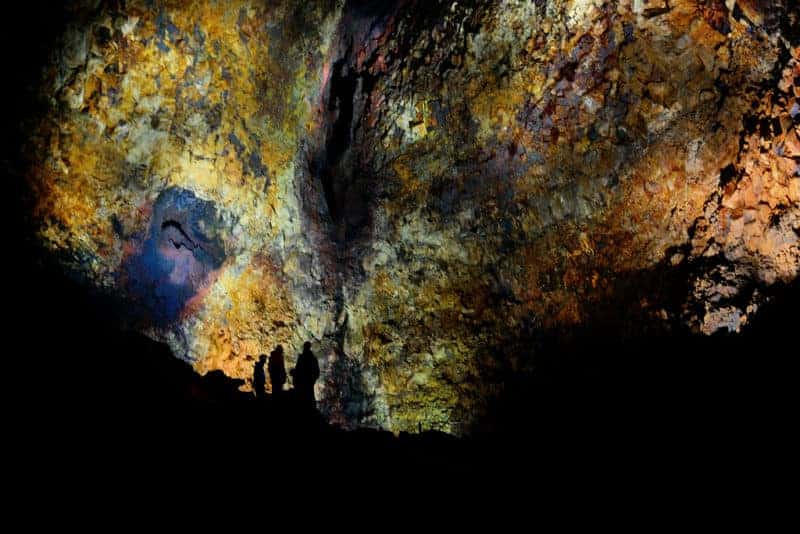 This prehistoric volcano last erupted over 4000 years ago and is the ONLY volcano in the world that you can actually go inside. Be prepared for a 120m descent into the mouth of the volcano and takes 7 minutes to reach the volcano crater floor. Inside you will pass the multi-coloured walls which have been splattered with sulphur.

Note: This is only open to children aged 12 and over. The tour lasts 4-5hrs and includes travel and lunch. 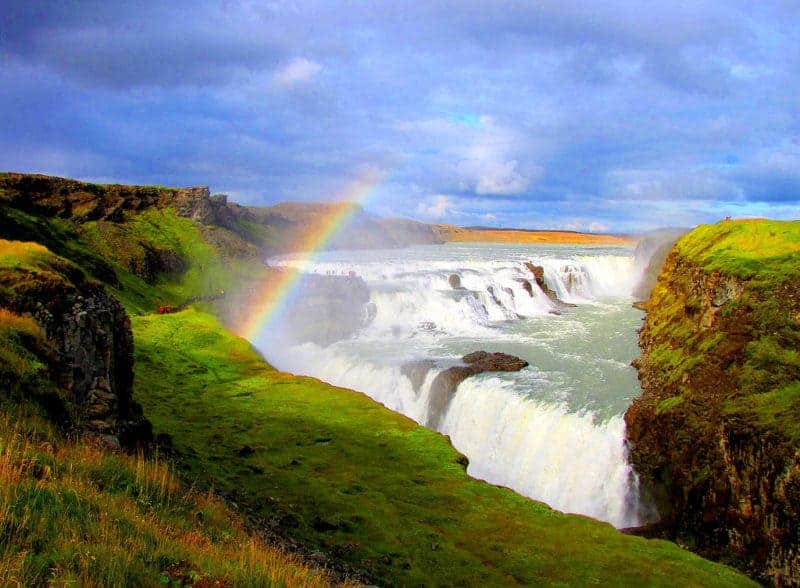 Named for its Golden glow first thing in the morning, the Gulfoss Falls have been visited by tourists far and wide for hundreds of years. The Gulfoss Falls form part of the Hvita River in south-west Iceland, it is a wide three-step staircase of waterfalls, respectively 11 meters, 21 meters and a final crevice which is 105 meters deep. 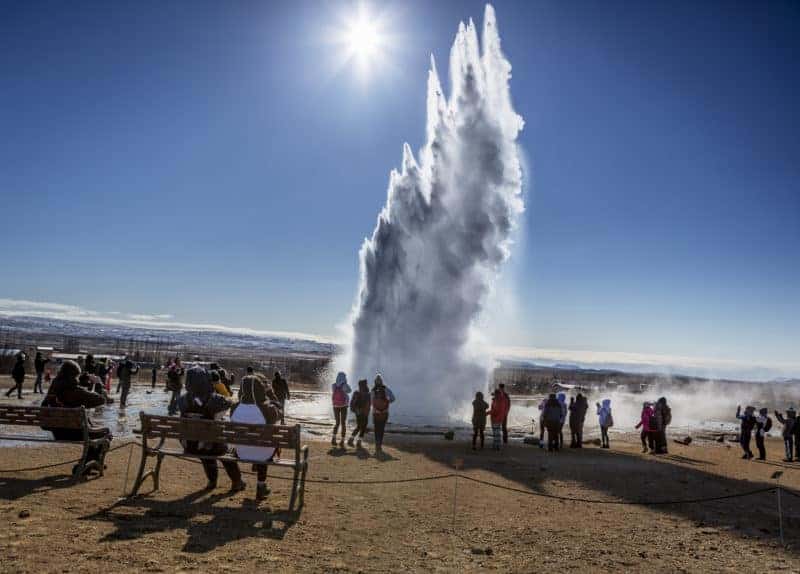 Make sure you also look out for Kerid’s crater lake, the World Heritage Þingvellir National Park and be sure to stop by the Strokkur Geyser with your camera poised and aimed. Every 6-10 minutes the geyser displays an impressive 20-meter eruption. 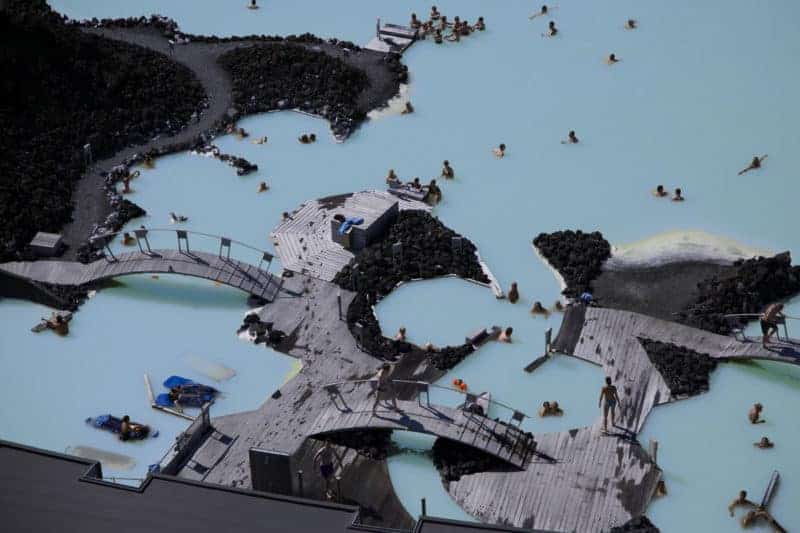 Not only is the Blue Lagoon one of the 25 Wonders of the World but it is the most photographed geothermal spas in Europe. Silicon in the rocks turns the water a milky blue colour which is used to create a rich face mask for a spot of pampering whilst you lounge in the lagoon with the temperature staying around 38-40?. When you need a break from all that lounging around in the mineral drenched water, pop to the bar to enjoy a refreshing drink. 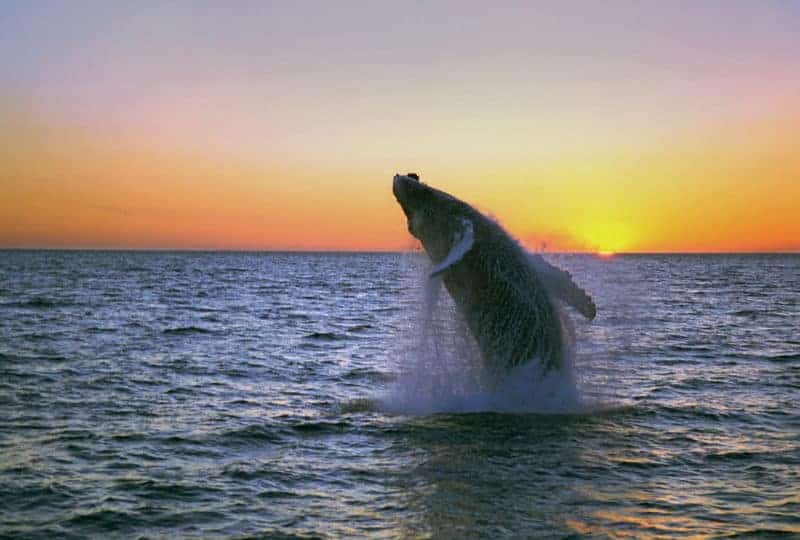 Budding David Attenboroughs will love the opportunity to go whale watching off the coast of Iceland’s Capital, Reykjavik Harbour. It’s a well-known fact that the coast of Iceland is abundant with marine life and the perfect place to spot the likes of Blue, Humpback, Killer and Minke Whales. It’s also possible to spot the odd Orca here and there and multiple pods of dolphins.  My friend Kara over at Are We Nearly There Yet enjoyed an epic holiday to Reykjavik last year with her family, I loved reading about their adventures especially the magic of their Whale watching trip.

Head to Ingólfsfjall Mountain to meet up with the locals . . . the Icelandic Horses that is. The Icelandic horse is a shaggy maned, short-legged and extremely tough little horse who has grown to adapt to its’ environment. Individuals and families can hire the horses to go riding along River Gljúfulá and explore the smooth paths as you take in the beautiful scenery. You can fully expect to spot one of these little beauties on your children’s next Christmas List to Santa!

If you rent a car in Reykjavik then take a trip to the east of the city to the historic and National Park of Iceland known as Þingvellir (Thingvellir). Well known for the Alþing (Althing) which is the site of the Parliament in Iceland from the 10th to 18th Centuries. Here you can explore the Þingvellir Church and stone shelter ruins.

It’s also worth noting that Thingvellir is Iceland’s only UNESCO World Heritage Site. The Almannagja gorge is one of Iceland’s most well known and impressive features because it is part of the North Atlantic rift system which stretches to the South Pole in the Atlantic Ocean. At eight kilometres long it has been described as one of the most interesting places when you can see the effect of the tectonic plates drifting apart.

Hallgrímskirkja is a breathtaking Lutheran Church in the centre of Reykjavik standing at 74.5 meters tall. The very eye-catching landmark is one of the tallest structures in Iceland and visible throughout the city. It was designed by architect Guðjón Samúelsson in 1937 and took 45 years to build between 1945 and 1986. The Church was named after Hallgrimur Petursson, a famous Icelandic poet and clergyman. 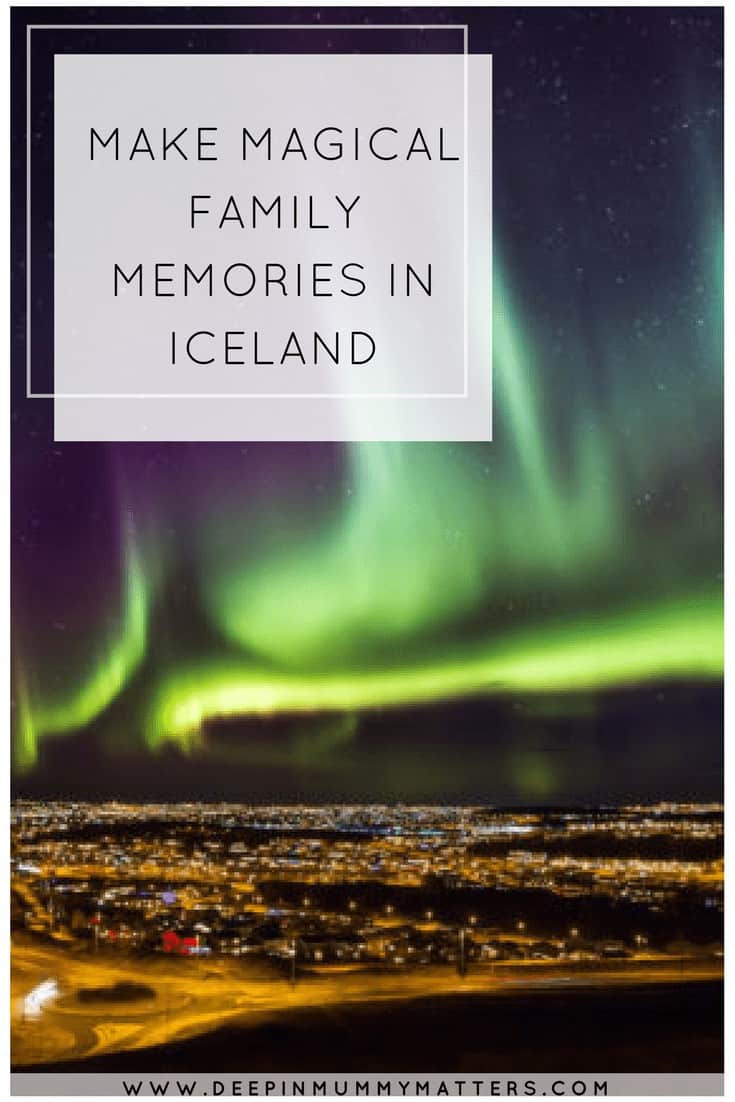