Today we are on Snow Day number 2 and have just been told that our schools will be closed tomorrow too. Obviously for the children this was met with many whoops of joy, for me it’s mixed emotions. I love the opportunity to spend more time with the children but working from home means that my working day doesn’t just stop. I worked as much as I could but with three little people at home it wasn’t easy. 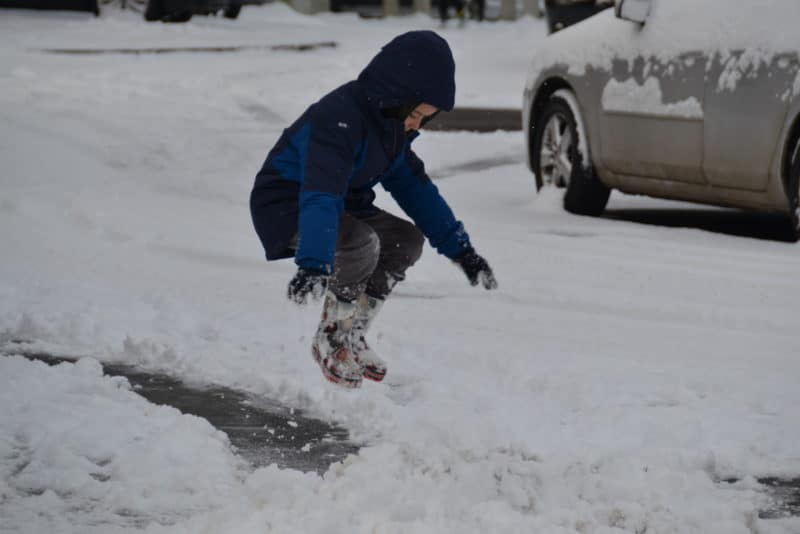 Yesterday we had lots of fun in the snow, we played out with our neighbours in the morning, throwing snowballs, building snowmen, sledging (albeit on a flat surface) and chasing the dog around. Lillie was the first one to come back in the house because her fingers and toes were so cold, about 40 minutes later she was followed by Ollie whose fingers were ‘dropping off’ and Albie finally came in about an hour after that as he was playing with one of his friends from school and a couple of the neighbours teenage children.

Back in the warmth we decided on a DVD day but since nobody could decide on one film to watch together they all separated into their respective bedrooms to snuggle under blankets with snacks and warm drinks. I had the bonus that school pack-ups had already been made so I didn’t need to take a break to prepare lunch. 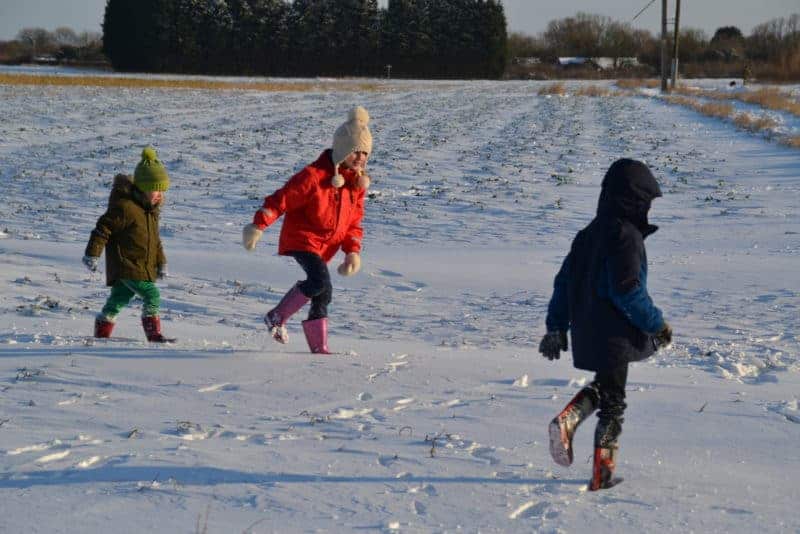 With lunch out of the way and the sun shining outside, the Beans and I decided to take Bramble for a walk on the fields to get some fresh air and it really was fresh! They enthusiastically made Snow Angels and chased Bramble back and forth. Even though we were wrapped up, our short walk left us all with painfully cold fingers and toes. We popped to the local shop for sweets because I thought that would help to take their mind of the cold but they were so cold they couldn’t keep their hands out of their pockets long enough to eat them. 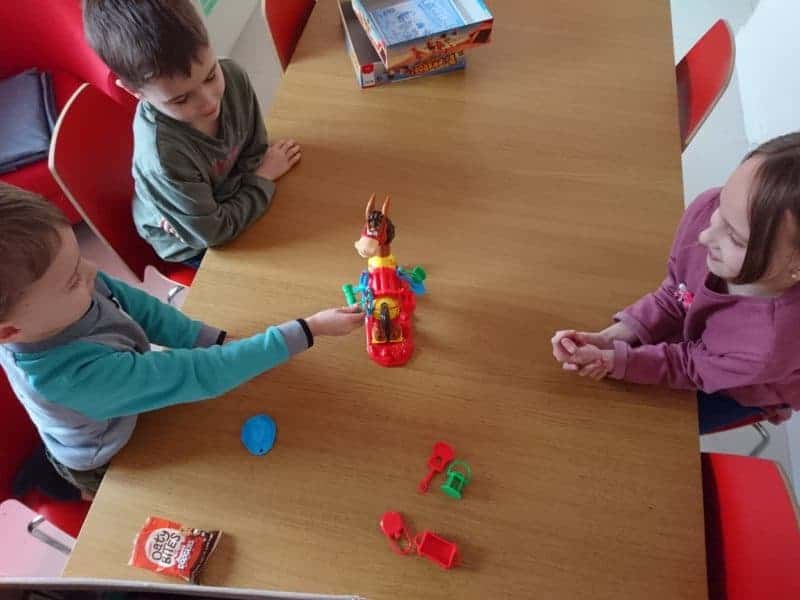 We were unsure as to whether the school would be closed today or not but alas it was! So it was off with the school uniforms and on with the play clothes. The Beans decided that today they didn’t want to play out in the snow, the pain of yesterdays chills was obviously still fresh in their minds.

I decided the best form of entertainment would be to set up some ‘invitations to play’ so I started in the dining room with our Playdoh box. This worked a treat and kept Lillie and Albie entertained for a good 90 minutes. They even got the Dyson out and cleaned up after themselves when they had finished – bonus! 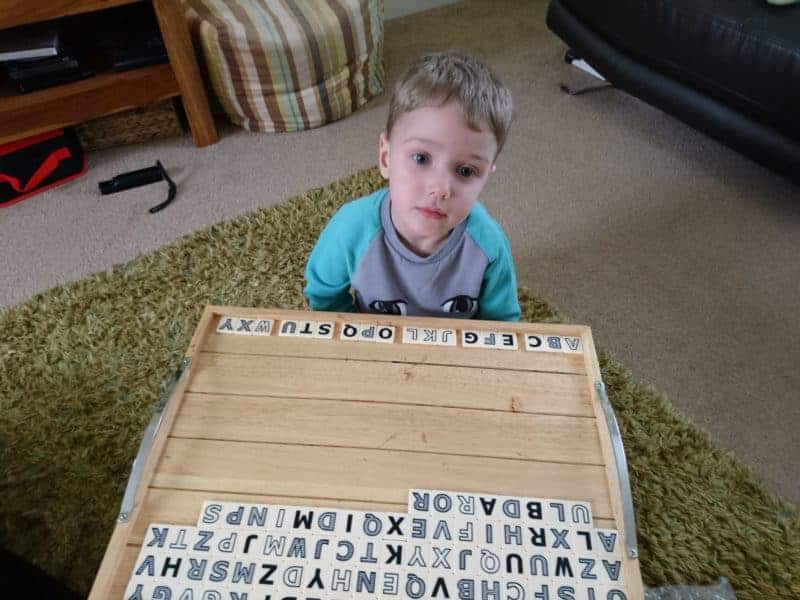 In the lounge I set up some word game fun with our Bananagrams and PairsInPears which went down a treat. Lillie and Ollie played Bananagrams together whilst Albie and I played PairsInPears. Albie and I began with putting down a letter tile which he then had to add the next two letters in the alphabet. Once we had reached as far as we could go I asked Albie to fill in the missing spaces. Next I gave Albie 3 and 4 letter words and asked him to make up rhyming words with the remaining tiles.

In the Playroom I set up Playmobil worlds and left them to it. Despite Playmobil being advertised as a ‘preschool’ toy, it’s actually something which all of the Beans love to play with and for the most part, they actually play well with it together.

As Snow Day No 2 was drawing to a close, I received an email from school to say that school would be closed again tomorrow so I need to get my thinking cap on again but here’s a few ideas on my list so far;

How do you survive the Snow Days? 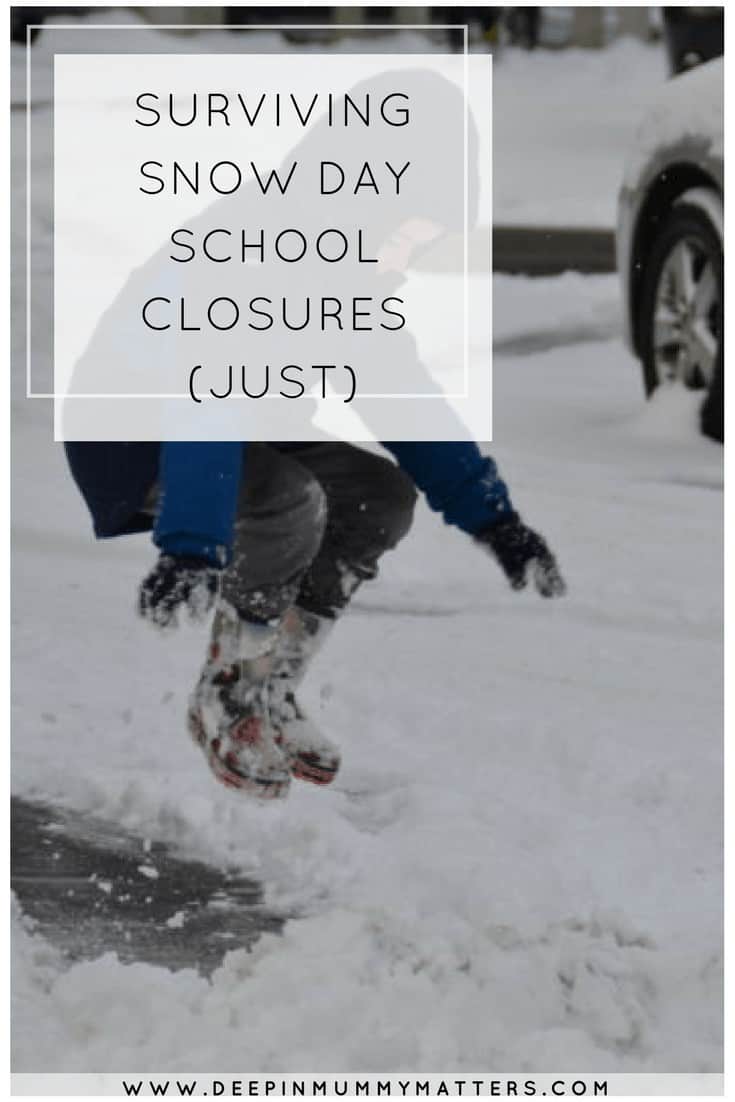