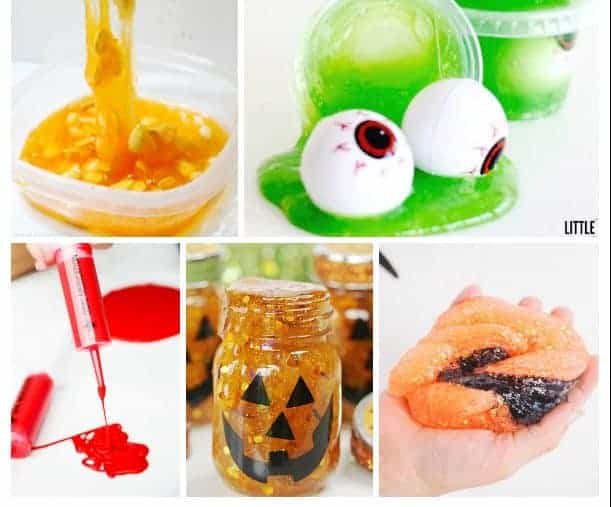 If you’re looking for something scarily good for Halloween this year, get ready to get sticky and messy with some super simple DIY Halloween Slime Tutorials.

When people think of Halloween, their minds automatically go to candy and costumes. And while that might be true for all of us (Reeses please!), you can actually turn Halloween into a pretty cool crafting time as well. This Halloween, why not take the slime challenge and see just how many of these creepy, yet awesome, Halloween slimes that you and your children can create?
And who knows, maybe you’ll get a burst of extra energy and make up a bunch to hand out to the neighbourhood kids! You would totally be the coolest house on the block if you were handing out Halloween slime to all the trick-or-treaters! (the parents might think differently…)

Make certain that you check out all the varying Halloween Slime tutorials as there are over 20 scary-good ones to check out. Who knew that there were so many variations of slime to consider and make? So, what do you say? Do you have what it takes to make them all? The countdown to Halloween is on so you better start creating now! 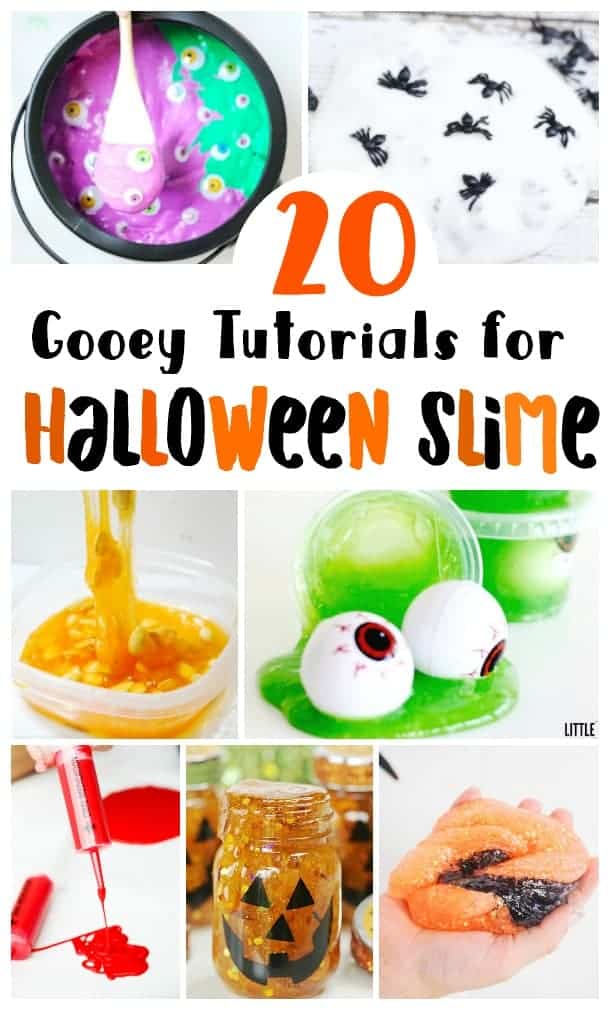 What are you waiting for?

Slime-making has been top of kids activity lists for a long time now and they aren’t getting bored of it yet. So what better time of year to perfect your slime than in preparation for Halloween when only the gooey, creepiest, slimiest of slimes will do? With all the amazing props in the shops for Halloween, you can really set the scene for your parties with slime bubbling over the tops of cauldrons, dribbling down pumpkins, oozing with eyeballs and spilling out of syringes.