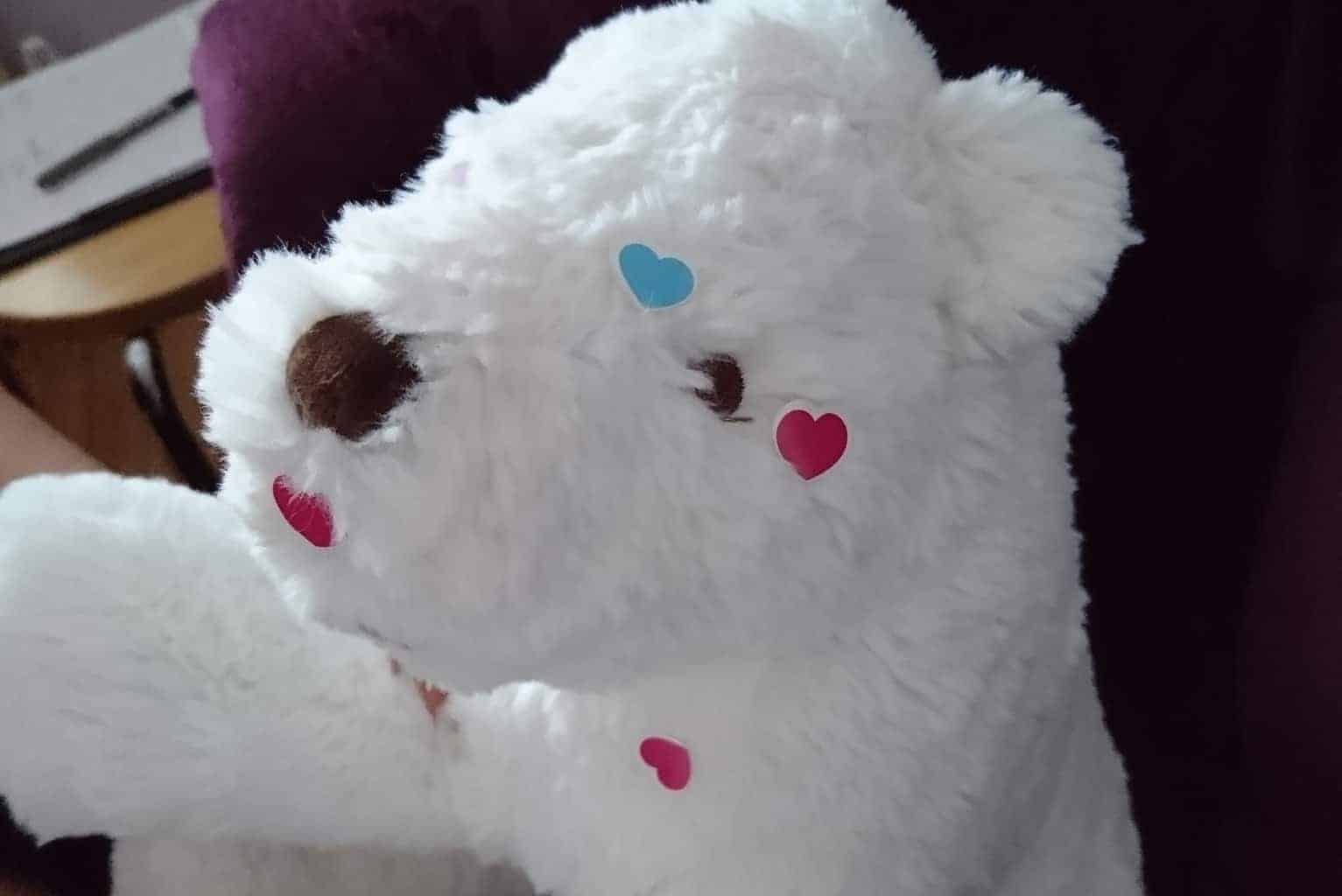 EFT was the answer we needed {#ProblemswithPoop}

If you have been reading Mummy Matters for a while you will know the struggles we have had with Albie being too frightened to poop, I have written about the stress and worry this has caused us over the last few years. Trying to keep on top of medicine prescriptions to ensure that we never run out of vital medication and keeping his diet high in stool softening foods, not to mention the countless times that we have tried to coax him to poop for us. 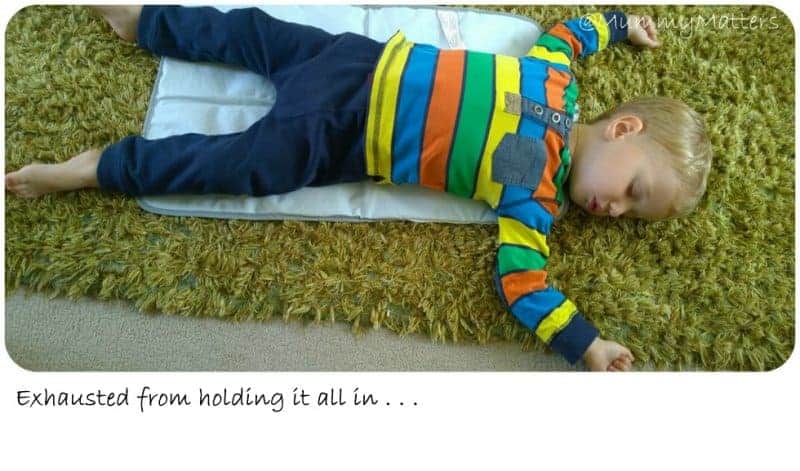 Contents hide
1 Here we go again . . .
2 A stressful week
3 Children’s ward again
4 The worst birthday present
5 Cry for help
6 Positive Therapy
7 What is EFT?
8 A positive result
9 One day at a time

Back in January I wrote a post saying “Let’s hope this continues” and just like that he stopped pooping again. I could have kicked myself for writing that post, for hoping and praying that this stressful period in our lives had finally come to an end but it was too late. I have no idea what made him start withholding his poop again but he did and after a week of no poop I contacted his Consultant and he was admitted to the hospital for yet another enema.

Taking your child for an enema is not an easy decision, in the days leading up to it I had been trying so hard to encourage him into ‘going’ but he wouldn’t have it. I tried all the well-known tips and tricks; prune juice, brown sugar, LOADS of water, tummy massages, increased doses of his medication (within his prescribed limits) and eventually suppositories (the one thing that I hate above anything else). I cry whenever I have to give him a suppository. Nothing worked and on the Friday I carried him into the hospital whilst he was begging me not to let anyone hurt his bottom. 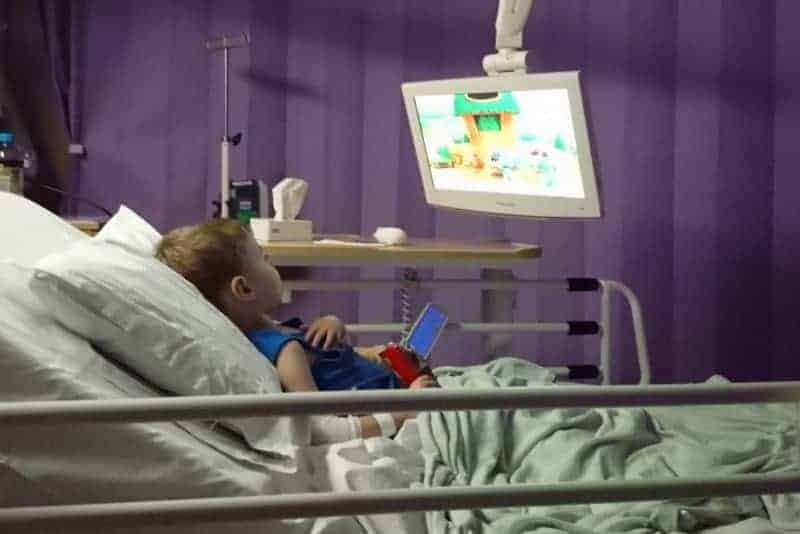 The enema went as well as can be expected, the nurses and they play team were amazing with him, they always are but when he finally opened his bowels the poop was so big it split his bottom and he cried so much. To distract him I began talking to him about what he would like for his birthday cake as it was to be his birthday party two days later. We went home and bought the ingredients so that he could help me bake the cake and forget about what had just happened.

To cut a long story short, pop over and read this post. Albie was so poorly at his birthday party that he was admitted to hospital and placed on a drip, he eventually came home three days later on the afternoon of his birthday. Oh and as an extra present, he had to have ANOTHER enema as he hadn’t pooped again in a week.

When we got home from hospital I posted on Facebook that I couldn’t keep going like this with him and did anyone have any answers. A friend contacted me and asked if I would like to be put in touch with her cousin who is an Holistic Therapist as she might be able to help. I was at my wits end so I would try anything. 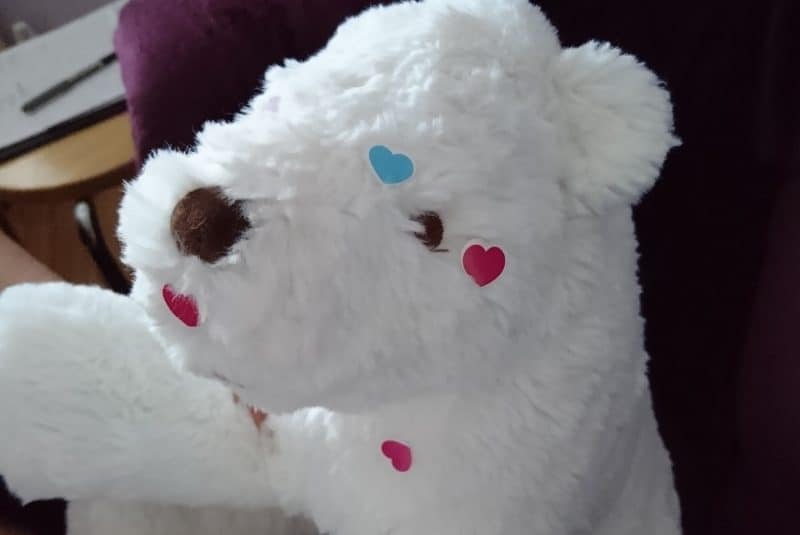 A week later I met with Michelle from Positive Therapy who told me about EFT (Emotional Freedom Technique) so I didn’t waste any time in contacting her and arranging our first appointment. Initially, I attended alone so that we could tackle my feelings and stress surrounding his issues and then I went back with Albie and his Teddy.

EFT described in the simplest terms is like acupuncture without needles, instead the acupressure points (meridians) are ‘tapped’ with the fingertips to release blockages within the energy system which are the source of emotional intensity and discomfort. Whilst tapping on the meridians you focus on whatever is causing you stress by speaking about it. In Albie’s case we would say “Albie is frightened to poop, he is worried it’s going to hurt him . . .” but rather than tapping on Albie’s acupressure points we placed stickers on Albie’s teddy and tapped on those instead as a form of surrogate tapping.

Since we attended the EFT session with Michelle the problem went away within a week and has remained gone to a large extent for the majority of the time. He has only been hospitalised once since that meeting when he backed up following a cold. I hadn’t anticipated how quickly the cold would dehydrate him and make his poop too hard to push. Once in hospital I was able to calm him down by tapping on his points and talking to him calming. He calmed down immediately and opened his bowels without further issue. 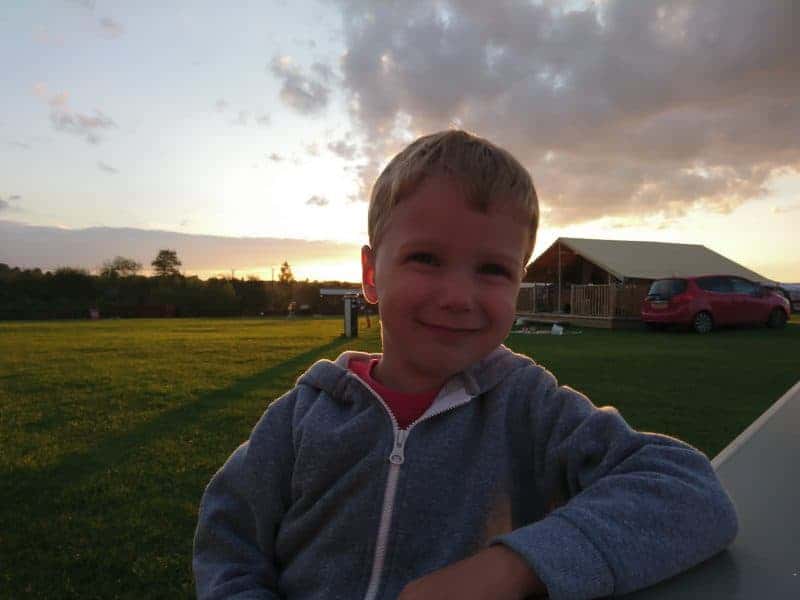 One day at a time

I’m not sure that I will ever feel like he has been fully cured but providing we keep his fluids up, keep on top of his medication which we now have at the lowest dosage we have ever needed and ensure he eats the right foods, he will open his bowels most days, even though we need to remind him to go on occasion. At times it felt like we would never get to this stage but I am so grateful that we discovered EFT. 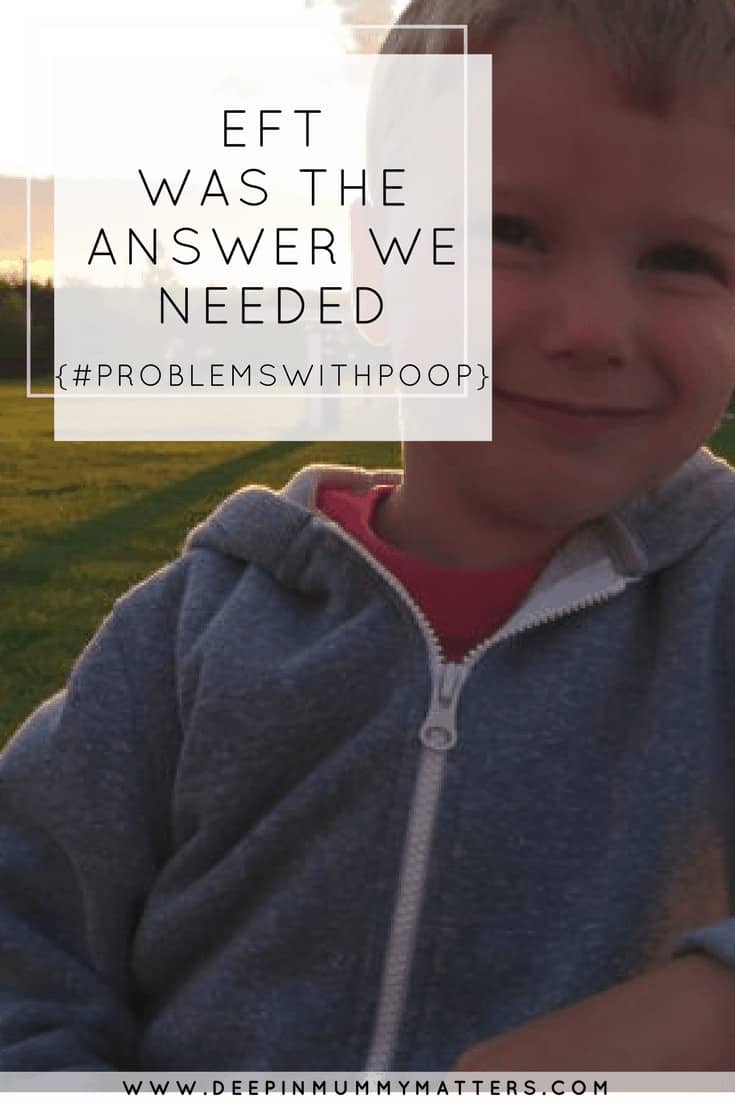