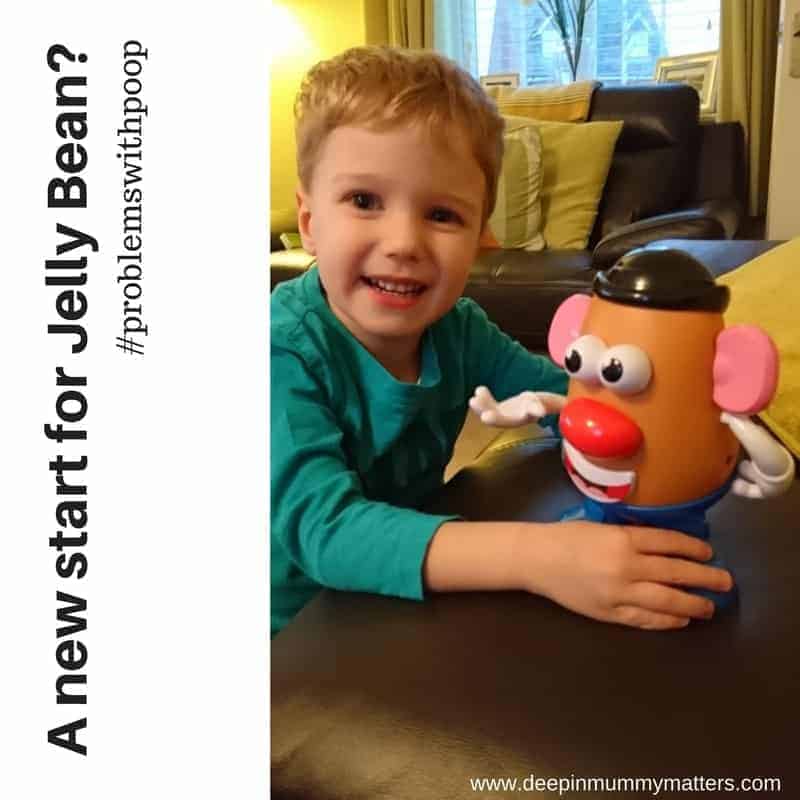 Let’s hope this continues . . . an update on Jelly Bean’s #problemswithpoop

So as December 2016 kicked off, we were not in a good place with Jelly Bean and his issues with pooping. We ended up at hospital once more spending the day in children’s A&E for a day having X-rays, consultations and eventually another enema. It was yet another draining and traumatic day for Jelly Bean as well as Mummy and Daddy, it’s just the most heartbreaking thing as a parent to see your child in pain when there is nothing that you can do to make it better. I reached breaking point with the whole situation in the weeks leading up to our hospital visit and really couldn’t see how this was ever going to stop. I felt as though Jelly Bean hated me and giving him suppositories was as traumatic for me as it was for him, I vowed I would never do it ever again. 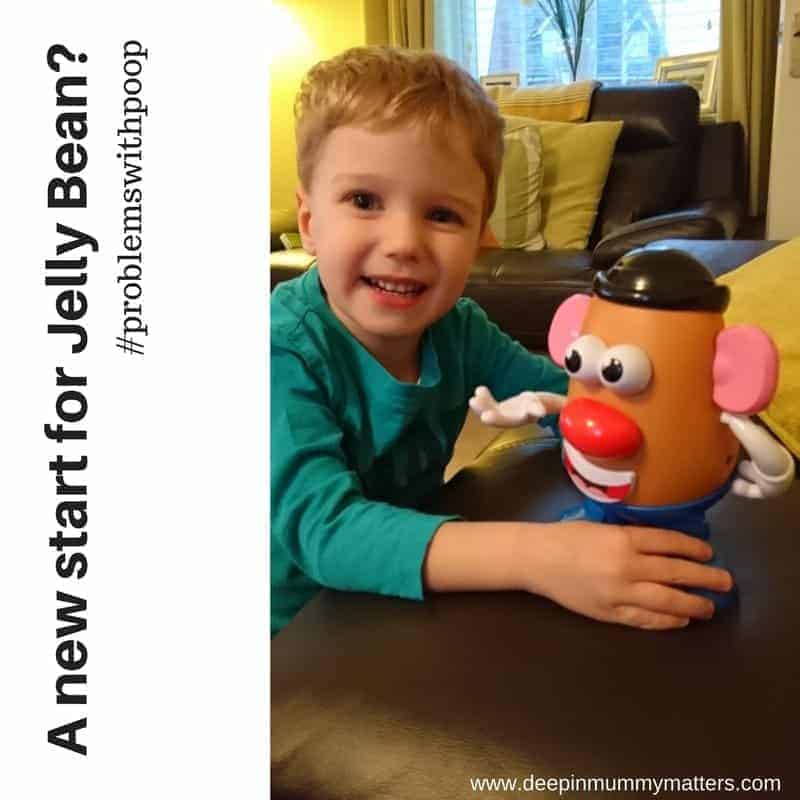 After that week things changed dramatically and I honestly can’t put my finger on why? From the moment that he came home from hospital, he began to poop every single morning without fail. He would eat his breakfast, have a drink and then sneak off to do a poop in his pants. This was exactly what we had been hoping for for so long. We knew that his body needed to develop a routine where it emptied out every day at around the same time.

Over the Christmas period he continued to poop almost every single morning, otherwise it was every other day. I read (yet another) article on how to help your children to overcome their fear and the #problemswithpoop. I wish I could remember who wrote this one particular article which helped me but I can’t. All I can remember was that she was a Nanny who had cared for a young child many years ago in a similar situation and has helped many others since.

I told Jelly Bean that after breakfast I wanted him to sit on the toilet for 10 minutes. He could wear pull-ups if he wanted to but I wanted him to just ‘sit’ for 10 minutes and if necessary he would watch Paw Patrol on his Kindle whilst he sat there if it helped to keep him in one place. Within 5 minutes he had done a poop in his pull-ups.

Later I had a chat with him about how his 4th birthday was coming at the end of the month and that he would be a ‘really big boy’ like Beanie Boy and that he would have to not wear pull-ups at all in the daytime but that he could ask for pull-ups if he needed them to do a poop. The proviso being that he still had to either stand next to, or, sit on the toilet whilst he did his poop. Eventually we would start cutting a small hole in his pull-ups which we would cut a little large each week.

We never did get around to cutting a hole in his pull-ups because one morning when he was eating his breakfast, he said “I think I have a poop coming” so we ran to the toilet and he sat down. One trick I have often used when he is pooping is to pull my hair down over my face and ask him to blow it away so that I can see again. It’s supposed to be blowing bubbles but he spills them all over the carpet and gets distracted. Blowing my hair makes him laugh and the blowing motion relaxes the muscles in his bottom. Within minutes he began to poop and of course the whole family did a happy dance for him.

He has pretty much pooped on the toilet (without a pull-up) every day since then, we are just over a week and a half of pooping on the toilet each day. He is happy, cheeky and proud to show everyone his ‘squidgy tummy’. He has told everyone and their dog that he now poops on the toilet, even the ladies at Tesco!!

We saw a new Consultant last week at the hospital who was making plans to perform a colonoscopy on his under sedation but he was so delighted with his progress that he has postponed plans for 3 months to see if this new regime continues and we really hope it does.