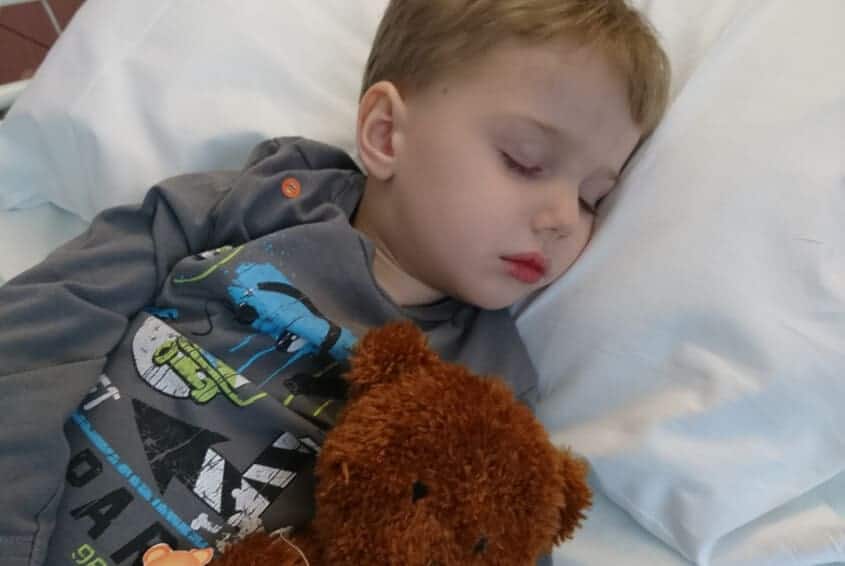 In the days leading up to Jelly Bean’s birthday party for his 4th Birthday, things were starting to go downhill. He came down with a bit of a cough and cold which was going around his friends at preschool and as a result became dehydrated and began withholding his poops again. I preempted the fact that despite our very best efforts to help him to open his bowels, it just wasn’t going to happen after our really good run so I rang his Paediatric Consultant’s secretary and requested an appointment to be seen on the Friday morning. 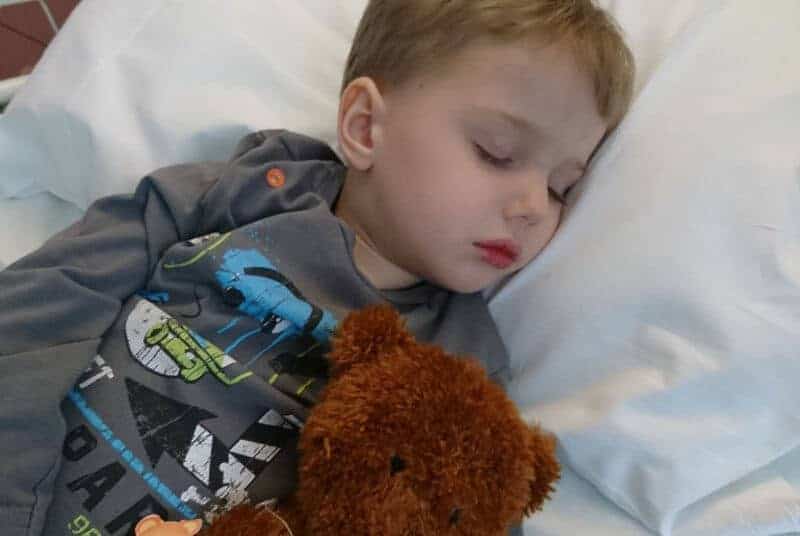 We were seen quickly when we arrived at hospital and upon examination his Consultant confirmed he had faecal impaction yet again and needed to be admitted for an enema. Jelly Bean and I spent the afternoon in the children’s ward where he was treated by a different Consultant who gave him a full body examination and commented that his lymph nodes were swollen but that he didn’t appear to have anything more than a red throat so antibiotics would not be needed. The enema went as well as could be expected and on the Friday evening he was discharged home. Understandably, Jelly Bean was exhausted so after having calpol he retreated to the comfort of his own bed. 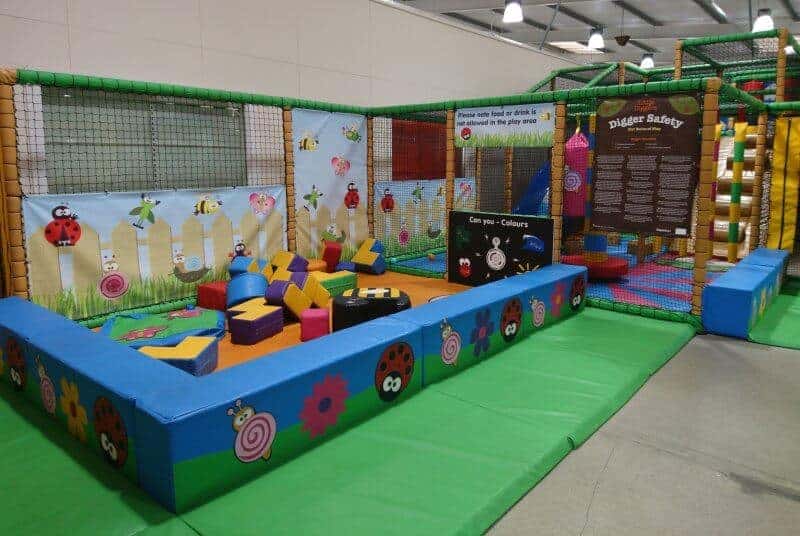 In the morning, his temperature was high and he didn’t want to get out of bed so Hubby and I prepared ourselves to cancel his birthday party. Our poor little man just didn’t have the energy to get out of bed – or so we thought. As I went downstairs to make the appropriate calls a little voice appeared behind me and began squealing with delight when he spotted the Spiderman birthday cake I had made at his request. He excitedly announced “it’s my birthday party today Mummy”. I didn’t have the heart to cancel it when I saw how excited he was so we made the decision to keep him topped up with his meds and give him lots to drink. 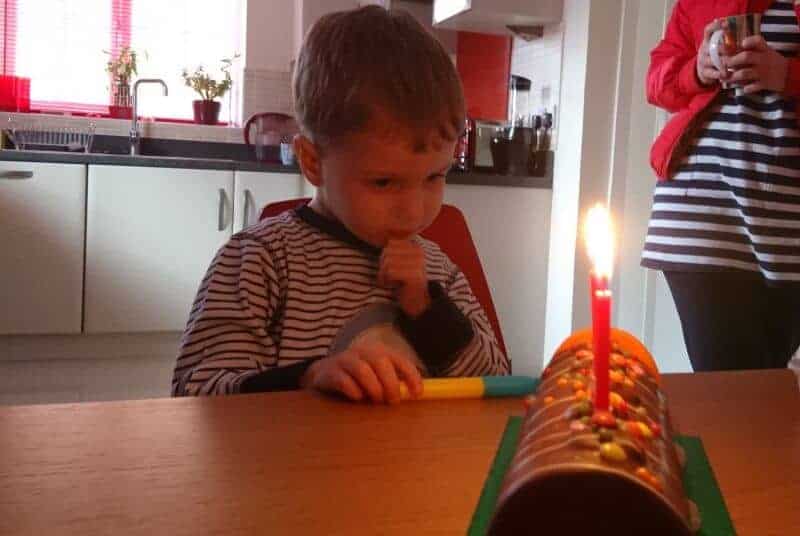 His party went well, he most certainly wasn’t his usual self but he and his friends enjoyed the party nonetheless and he joined in when he felt able. When we came home I popped him back to bed and he slept for an hour before waking up in tears saying that his neck was really hurting. He could barely move his head and his temperature was back up to nearly 40C. We still had open access to the children’s ward from his previous day’s visit so I rang the hospital and they told me to take him straight back to the children’s assessment unit. My fear was meningitis.

We were in the Assessment Unit for about 5 hours before we were finally given a diagnosis of lymphadenitis, something I had never heard of before. It’s an infection of the lymph nodes and required him to be admitted to hospital for IV antibiotics and a fluid drip because he was so dehydrated too.

The first 24 hours in hospital were upsetting as he really didn’t want to be there but was so poorly. The IV antibiotics burnt his arm as they went in and made him cry, he kept having to have blood tests which he hurt because he has such tiny little arms they had to squeeze extra hard to get his veins to show up and the numbing cream brought him out in an itchy rash. 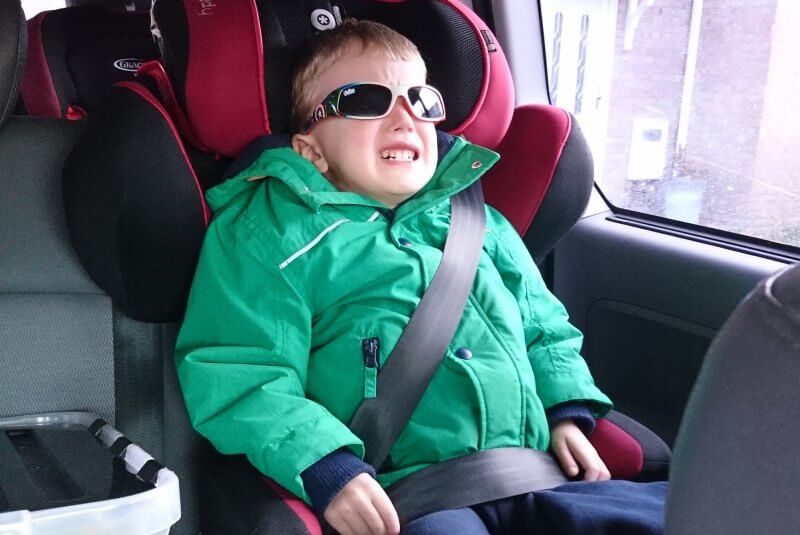 The nursing staff were amazing, very calm, yet authoritative with him so when he became awkward with me, he did as he was told for the nurses. He particularly took a liking to one student nurse named Jordan who spent a lot of time with us and was very good at talking to him. He has even asked if we can go back to see her since he has come home from hospital. 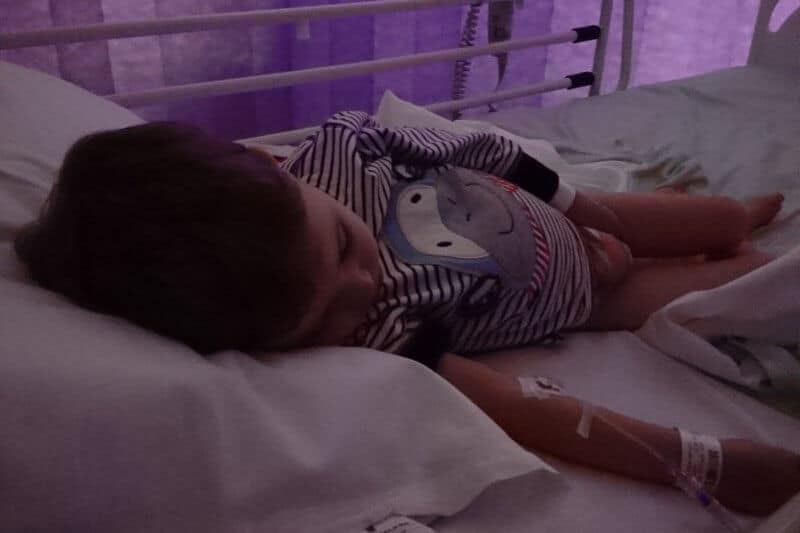 As the antibiotics began to work I slowly began to see my cheeky little monkey returning to me, most notably on the morning that I left him on his bed watching TV and said “I’m just popping to make a drink”. When I returned he had push his TV and table out of the way, raised the pillow end of his bed and was using it as a slide! Thank goodness I had left the bed sides up or we would have been back in A&E in a flash!! 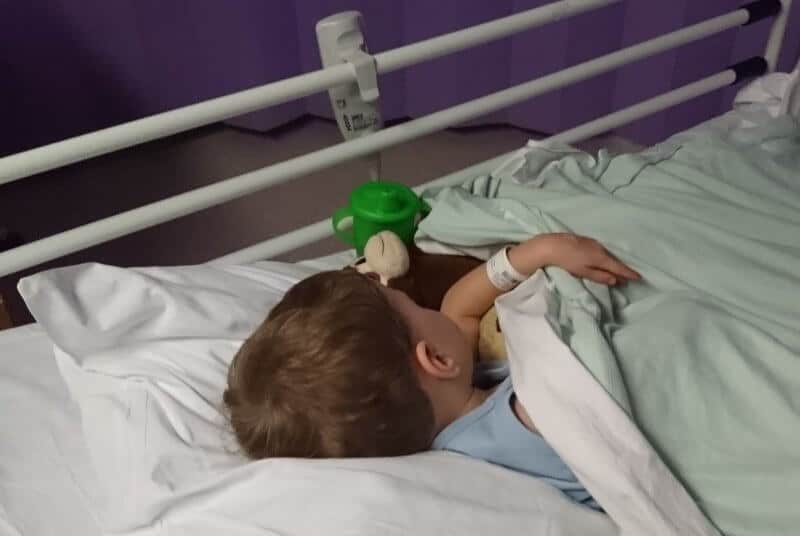 The last day we were in hospital was Jelly Bean’s 4th birthday. Naturally Hubby and I had hoped that he would have been home before then but he hadn’t finished his full course of IV antibiotics so we wouldn’t be allowed home until later in the day. The nurses and Consultants all made a big fuss of him and the Play Team even put together a little pile of presents for him to open which was really very kind indeed. He was over the moon. 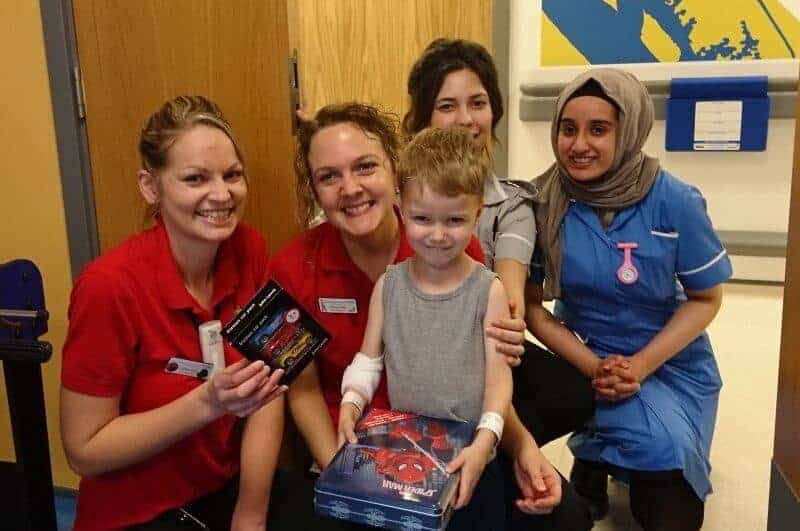 Unfortunately, as a result of his dehydration his bowels had become impacted again so he needed another enema before he could leave hospital. Not exactly on the wish list of every 4 year old for their birthday but it made a huge difference to him and I’m pleased to say that he has now returned to pooping every day. Hopefully we can help him to keep this going. 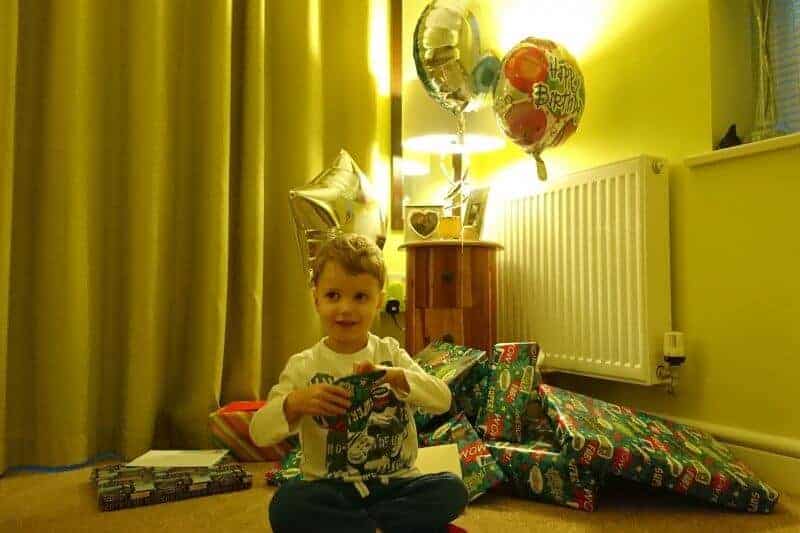 We eventually came home at 4pm so that he could be home in time for a birthday tea with his siblings whom he hadn’t seen since his party on Saturday. They had all been very worried about him and had made cards for him and helped to decorate the house and choose another cake. He was very excited to be home and was soon arguing with his siblings like normal and just like that our family life was resumed, slightly chaotic but we were together again and he was smiling once more.