We know how to rock the Pizza Party! #PizzaExpressFamily

It’s been a fun couple of weeks for the Mummy Matters family since we were asked to team up with a group of lovely family bloggers to show just how amazing Pizza Express are at providing excellent service and entertainment for families visiting their restaurants.

It all began with a scrumptious meal at our local Stamford restaurant, choosing mouth-watering dishes from their new Spring menu. Then last week we held a fun Twitter party where we talked about eating out with children, favourite Pizza Express restaurants, best dishes and of course PIZZA!!! Collaboratively we gave away 4 x £25 and 1 x £75 Pizza Express vouchers to 5 lucky winners.

The icing on the cake of our #PizzaExpressFamily journey was the party we attended at Pizza Express Westfield Shopping Centre, Stratford yesterday morning. Everyone LOVES a party, a party with Pizza is pretty near to perfect BUT a party where you get to make your own Pizza!! Well that really HAS to be the best doesn’t it?! 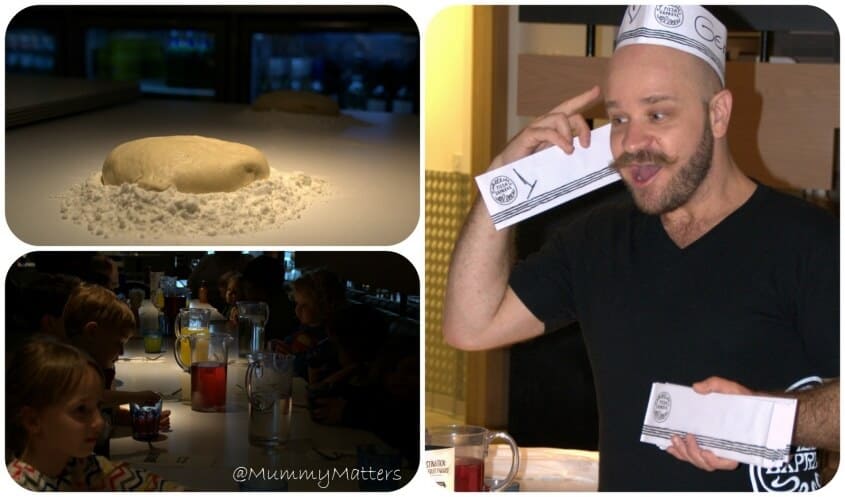 It was an early start for us all but we didn’t care because we knew what would be waiting for us when we got there. The Beans, along with all the other blogger kidlings were greeted by an exuberant Gean who had them captivated from the start. He kept the whole party light-hearted and fun, he empowered them with confidence to make a great pizza and was attentive to their needs. In fact, I wanted to know if we could hire him for baby-sitting services? 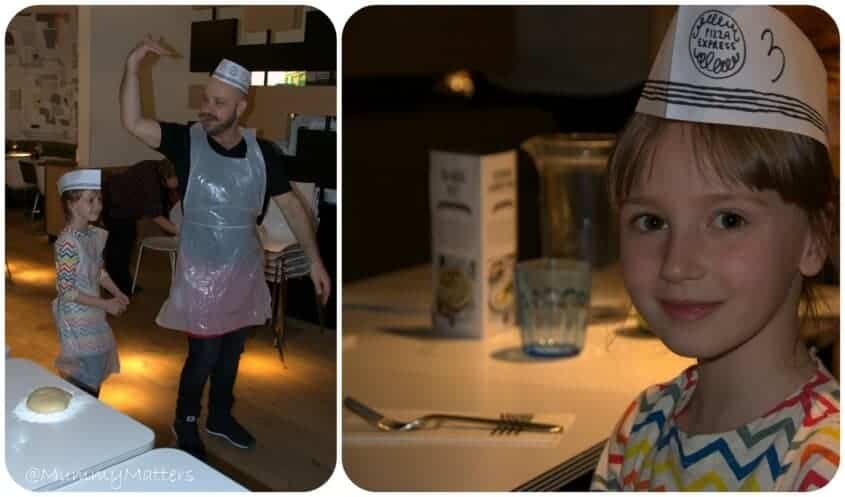 Gean explained go them what they would be doing and once hands were washed, hats and aprons were on, the mini chefs were good to go. 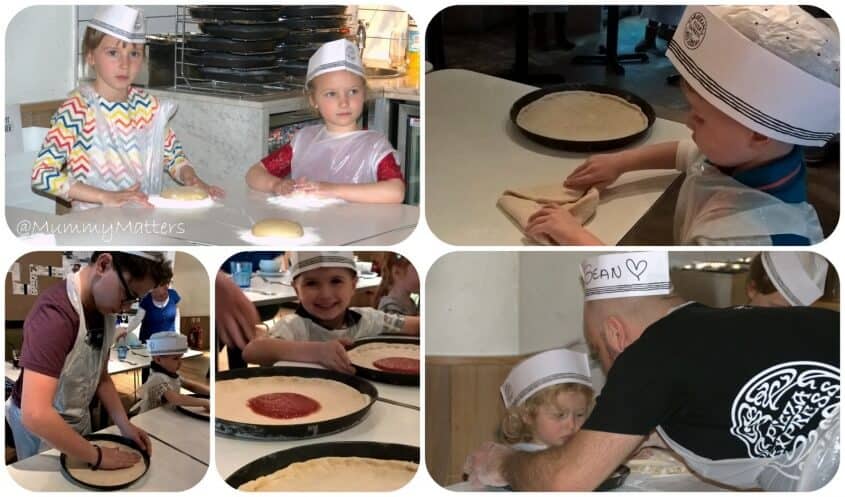 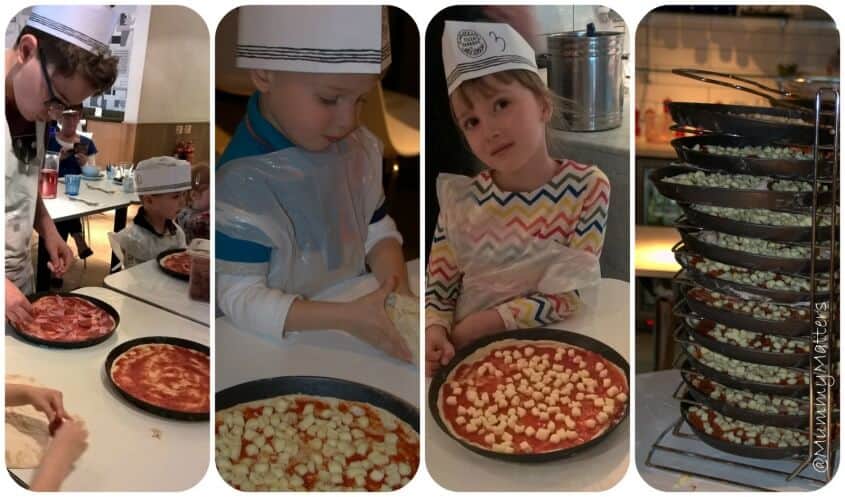 Onto the Passata sauce, they were each given a spoonful of sauce and shown how to roll it around their pizza base before carefully selecting their toppings and getting creative. I did wonder how they were going to know which pizza belonged to which kidling but they had it covered. They had small pieces of paper in olive oil numbered to match each kidling’s chef hat! Clever thinking!! 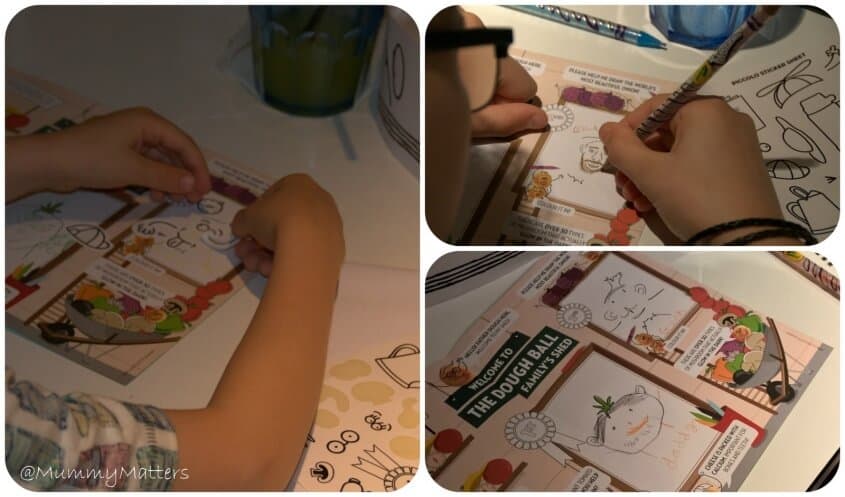 Whilst the pizza went off to be cooked it was time for a quick washing of hands and a drawing competition followed by dough balls!!!!! 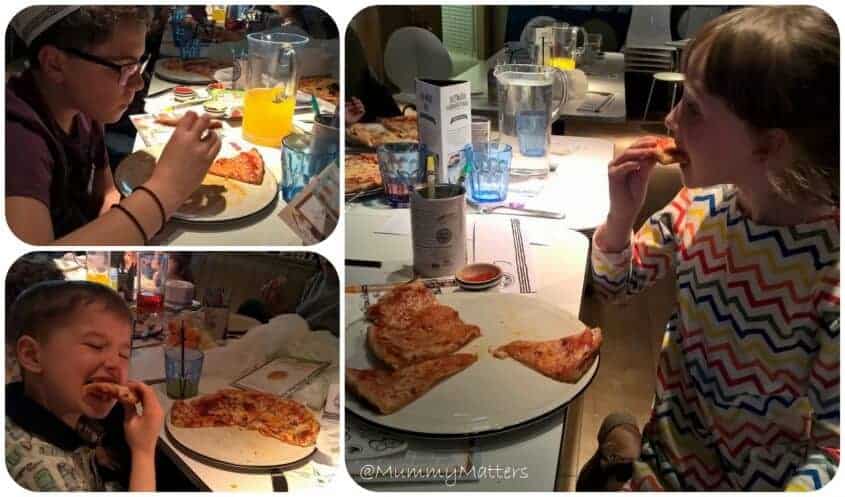 In no time at all, their pizzas arrived and were warmly greeted with big smiles, followed by ‘ooohs’ and ‘aaaahhs’ as they tasted the fruits of their labour. They all ate the majority of their pizzas and then placed the leftovers in a box to take home with them. 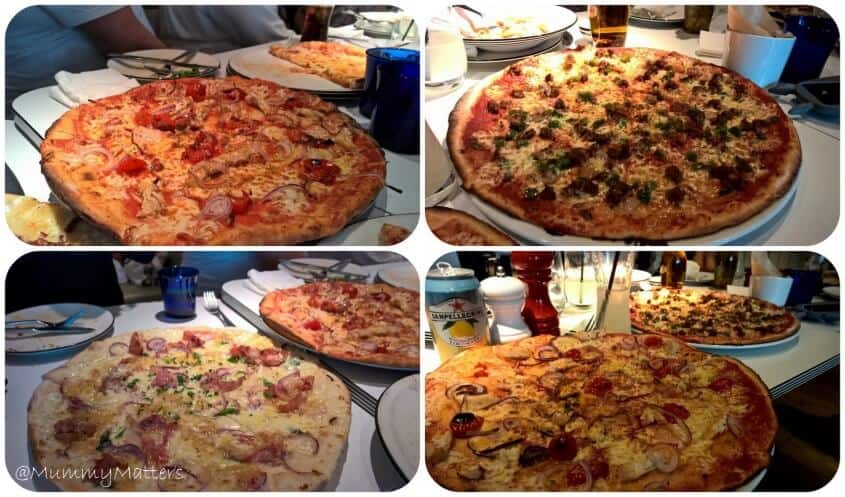 Gean did a grand job of keeping the young chefs entertained whilst the Mums and Dads sat down to eat their way through plates upon plates of antipasti and pizzas from the Spring menu. I had to agree with everyone else, the new Hawaiian is every bit as yummy as they say it is. There was so much food that we all ended up being sent home with leftover pizza for our tea too. 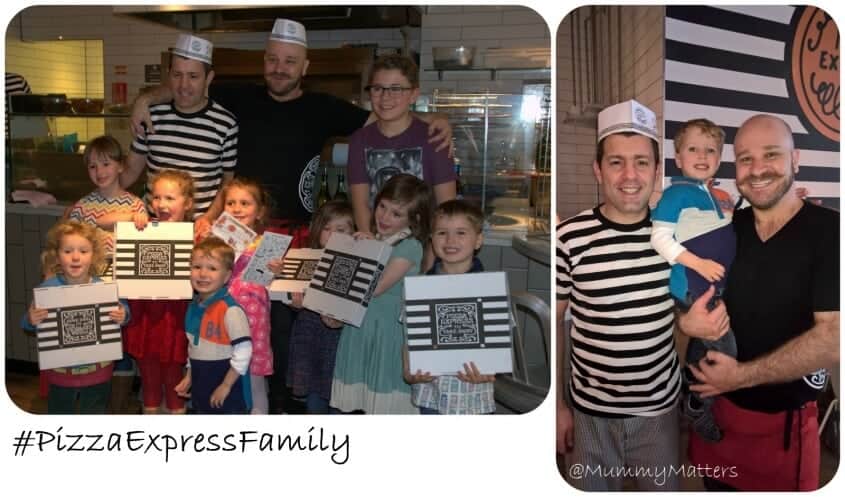 The Beans all agreed that the party had been ‘amazing’ and Jelly Bean commented “Gean is my nice best friend”.

This was the first time we had been to a Pizza Express party so we didn’t know what to expect. As a parent it ticked all the boxes; 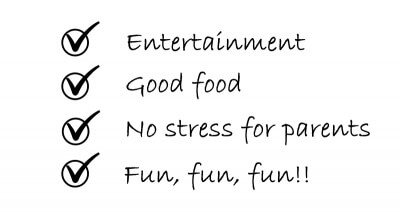 What more could you ask for?

DISCLAIMER: As part of the #PizzaExpressFamily campaign we received our meals free of charge as well as a lovely goody bag courtesy of Little Tikes, 31Dover.com, Bkd London, Bananagrams and Teapigs.