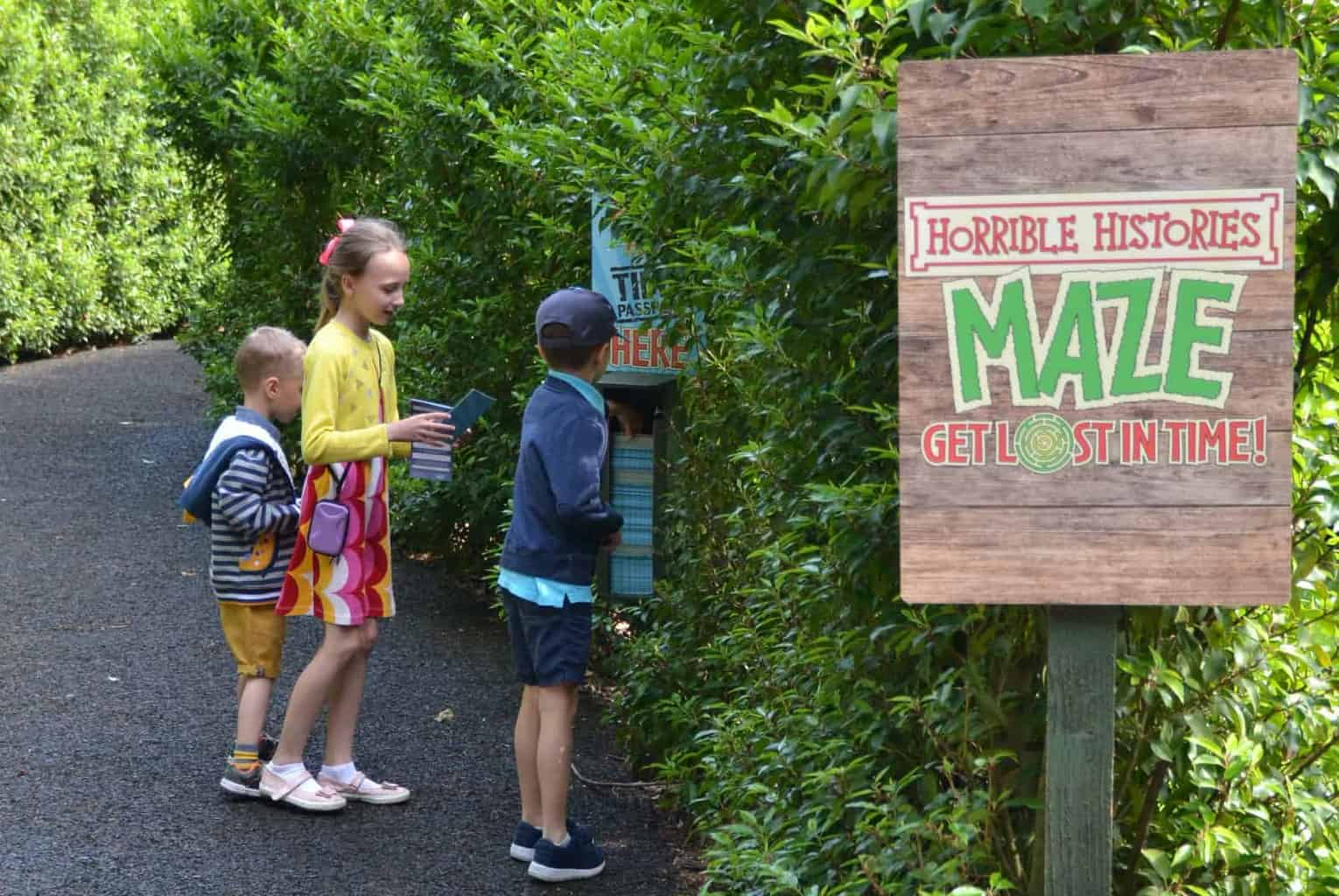 Warwick Castle Escape Room, Wars of the Roses Live and so much more

May 28 By: Sabina Green 0 Comments

As I write this post we are heading home after an awesome day out at my most favourite attraction ever; Warwick Castle. I have been coming to Warwick Castle for the past twentysomething years and I’ve never had a bad day, it just gets better. 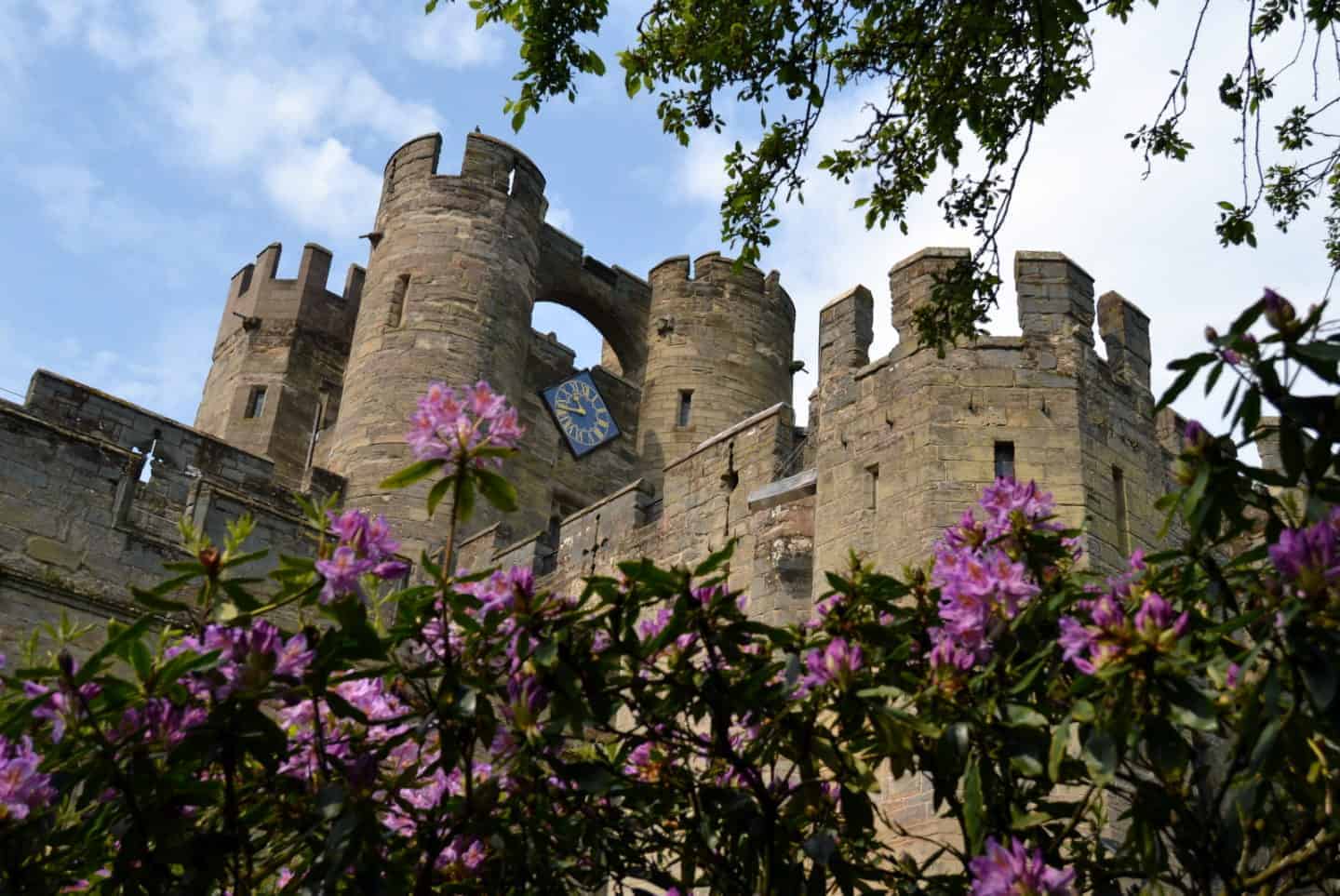 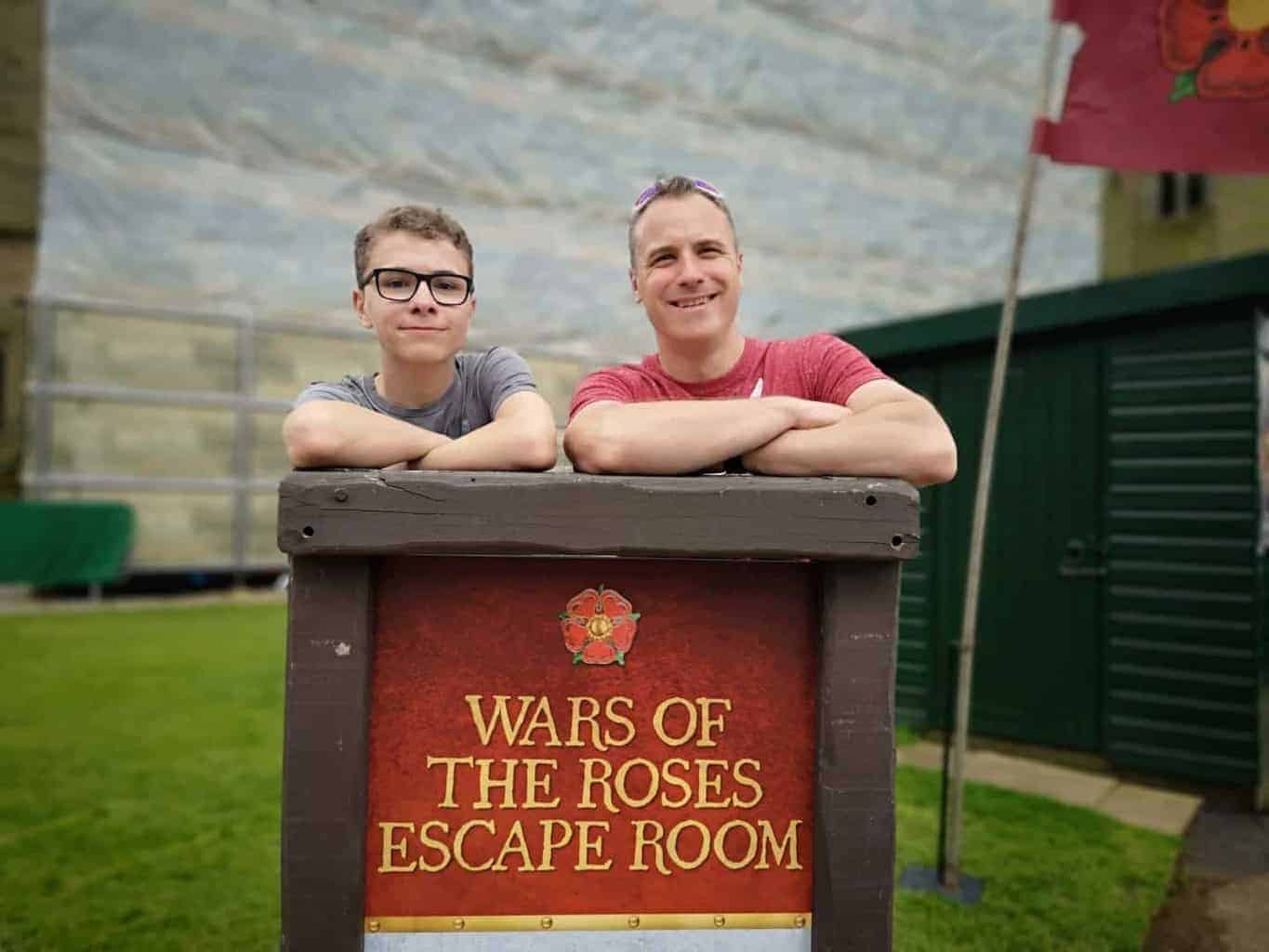 The main reason for our visit today was so that Simon and William could do the Warwick Castle Escape Room which is only on for the half term break. If you fancy giving it a go yourself then get booked in before it’s too late.

The Escape Room takes place in one of the dungeons below the Castle. You are taken down and locked into a room by the Jailors and once inside you have 30 minutes to solve a series of mental and physical puzzles. Solving all puzzles will enable you to release the key to escape the room. There can be up to 6 people taking part at any one time but Simon and William were on their own. Obviously I can’t tell you anything about their tasks because I don’t want to spoil it for others wanting to take their chances but to date the fastest time was 18minutes 23seconds. This was NOT Simon and Will, despite flying through the first few puzzles, they ran out of time on the last puzzle.

The Beans and I were tempted to leave them there but my feet were aching and I wouldn’t be able to write this post if Simon wasn’t driving so we let them out. 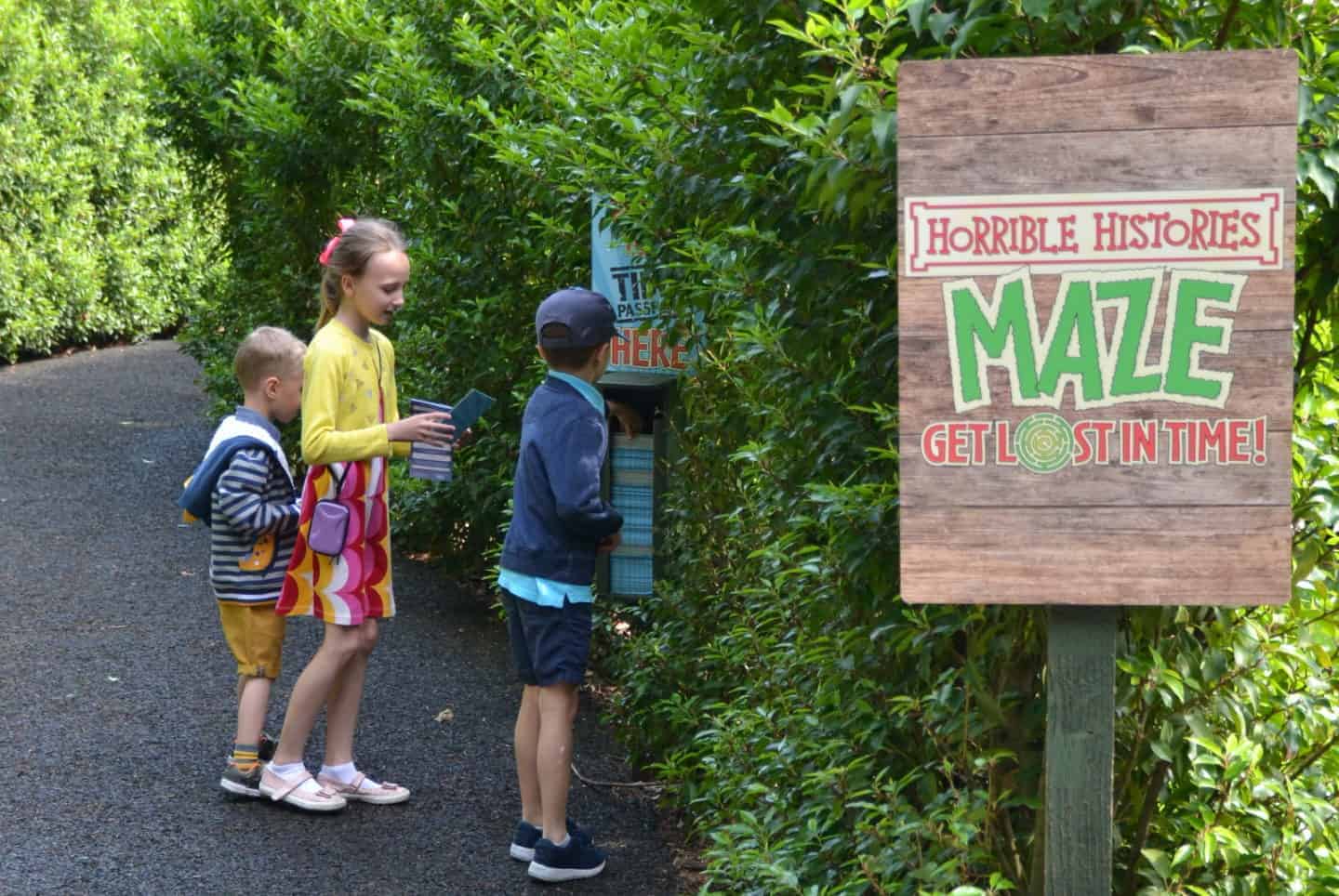 Whilst Simon and Will were off getting trapped in the Escape Room, the Beans and I took our chances in the Horrible Histories Maze which was lots of fun. We took it in turns to be the leader and find our way from one era to the next learning interesting historical facts along the way. 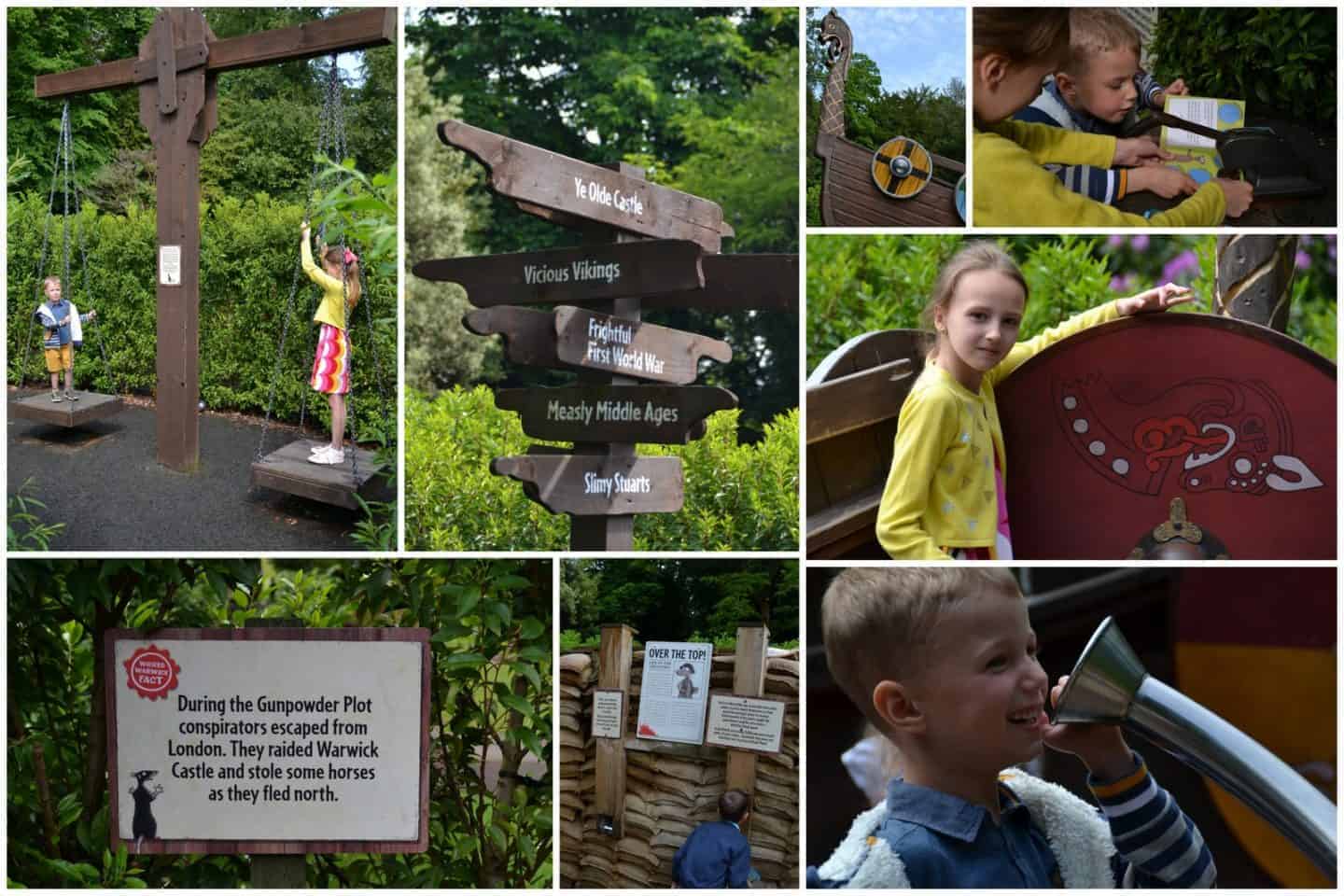 The Flight of the Eagles 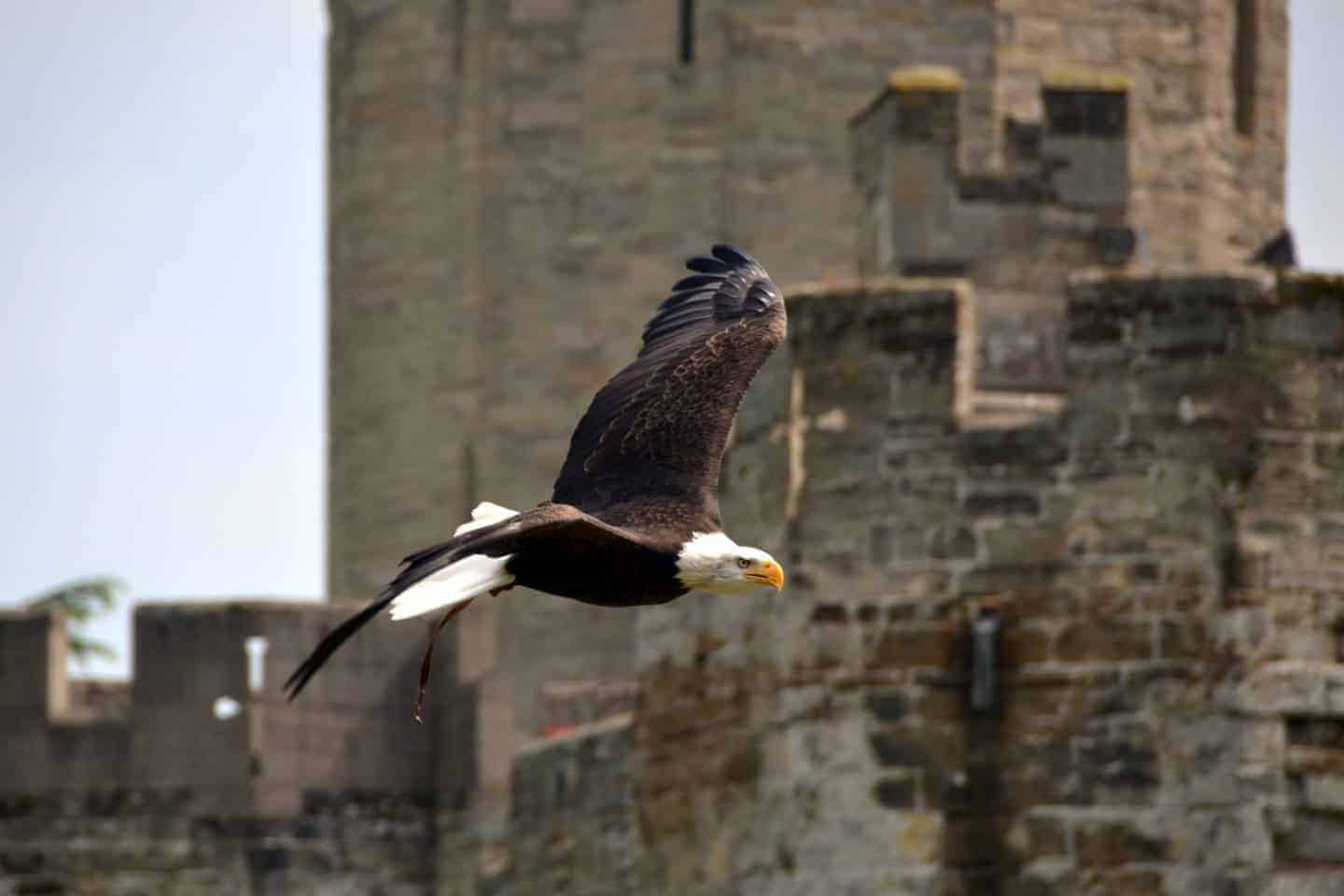 One of the highlights of our visits to Warwick Castle has to be the Birds of Prey displays. These magnificent birds mesmerize me, I could watch them all day. Couple the great birds with a very funny bird handler and you have the winning display. During the morning display we were introduced to Frank the Egyptian Vulture, Archie the Bald Eagle, Nikita the Stellar’s Sea Eagle. Their eyesight is amazing and you really have to hold on to your hat as they swoop overhead because you will feel the breeze as they skim mere centimeters over the crowds. 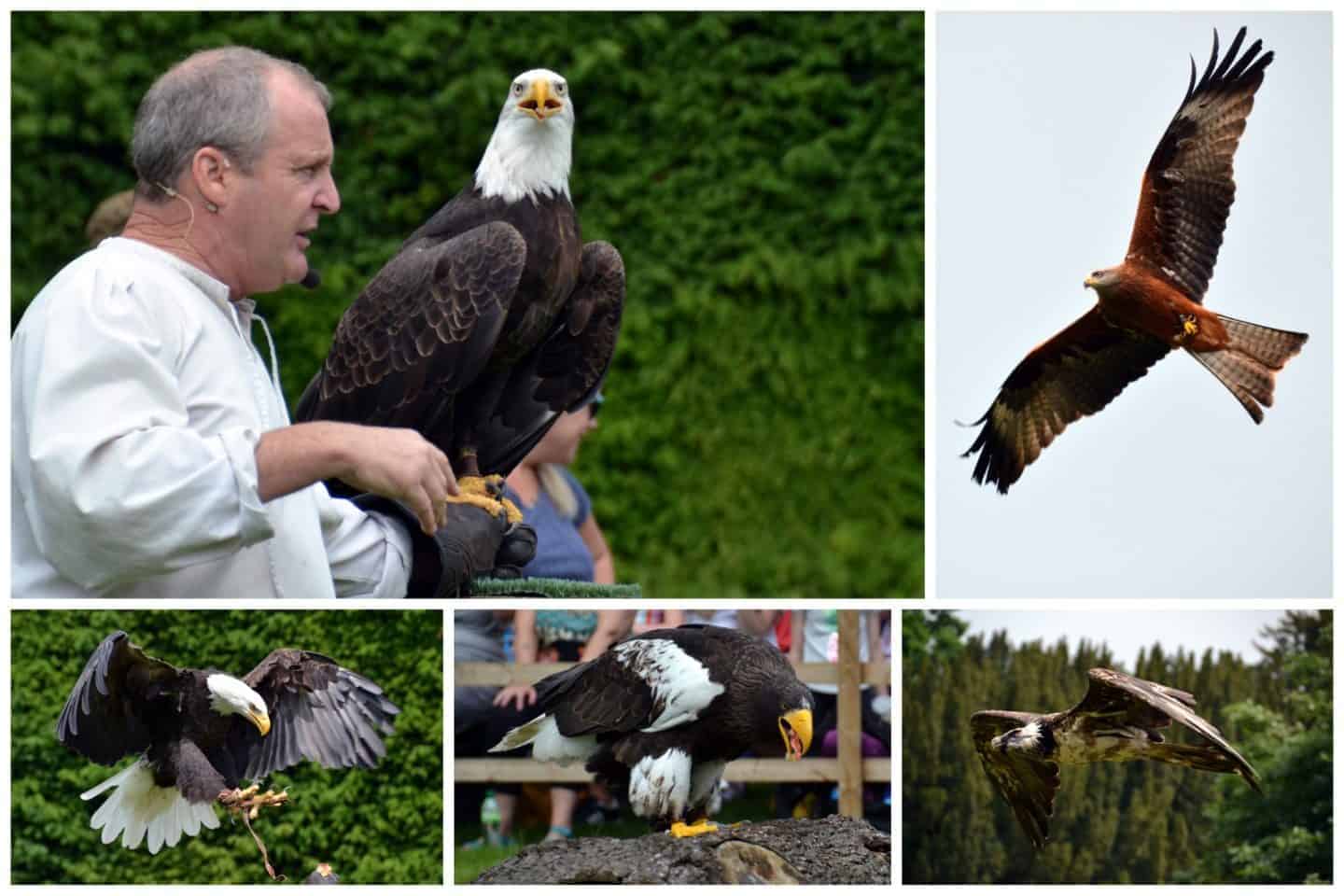 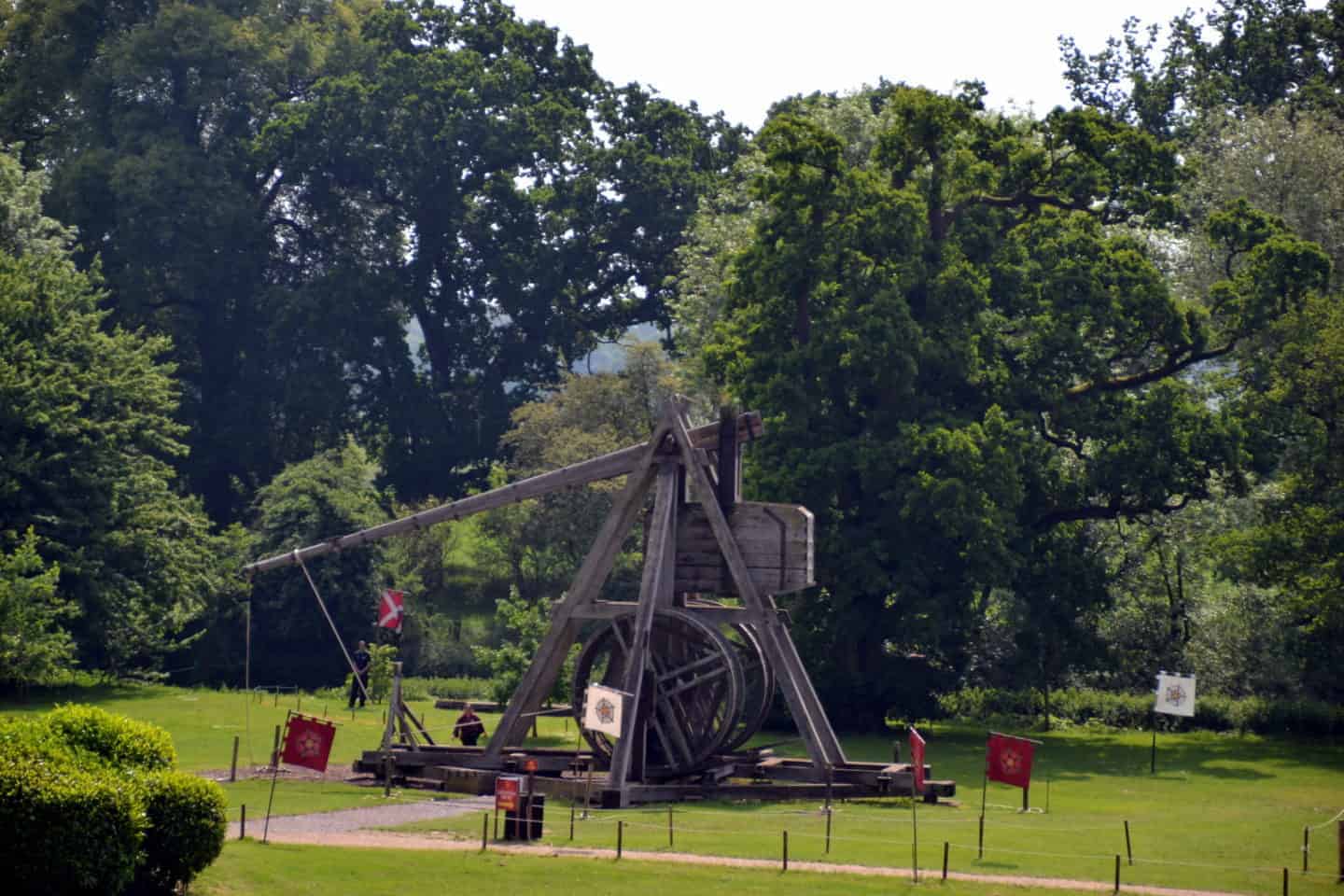 It doesn’t matter how many times you try to explain a Trebuchet to the children, they just can’t appreciate the size of it until they see it with their own eyes. The Trebuchet is situated on River Island which is sealed off for safety. 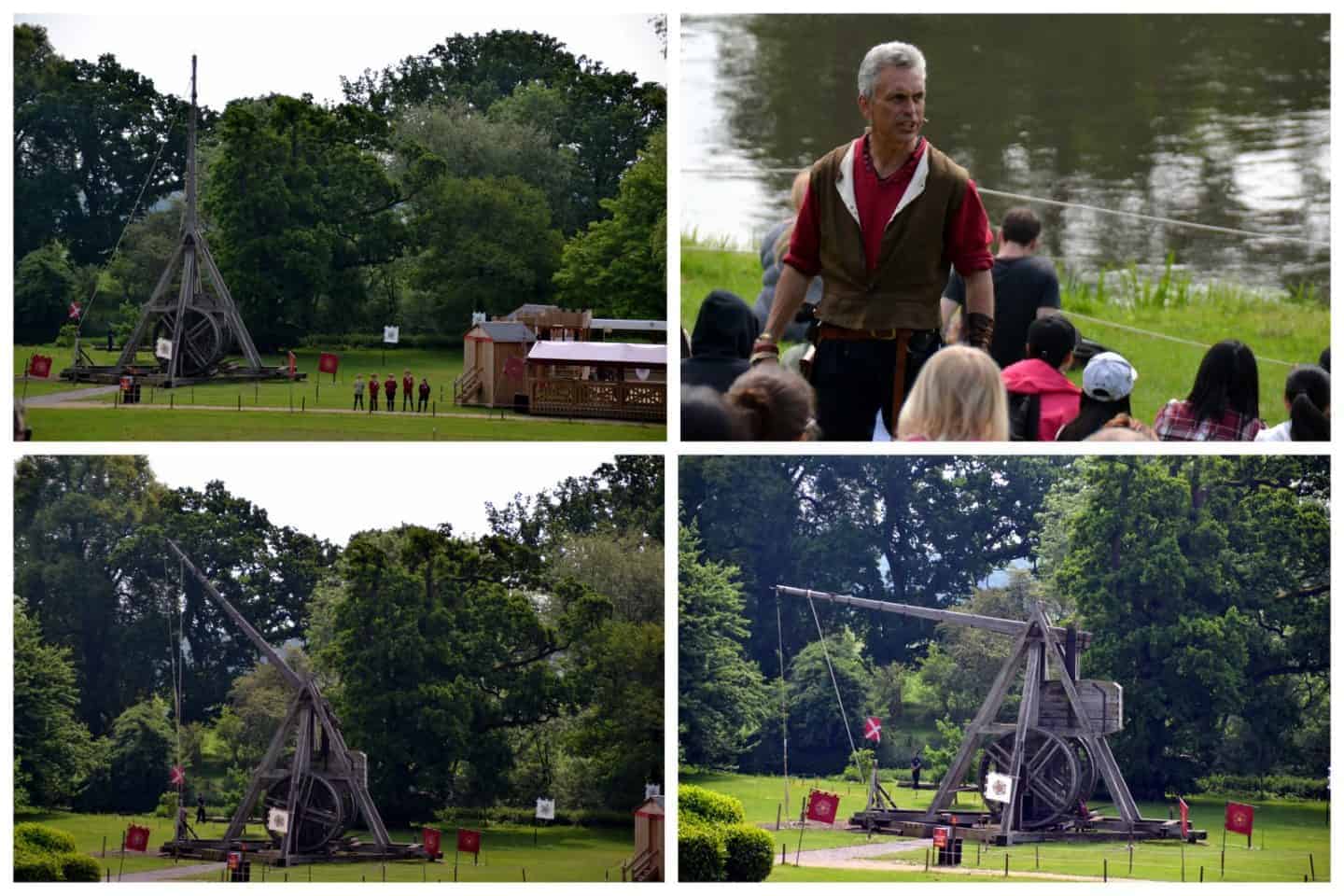 All over Warwick Castle you will meet staff who maintain character throughout the day, they dress in period costume and interact with everyone as if you had been transported back through time. One such character talks you through the process of setting the Trebuchet and encourages crowd interaction to give the orders and count down to set it loose. 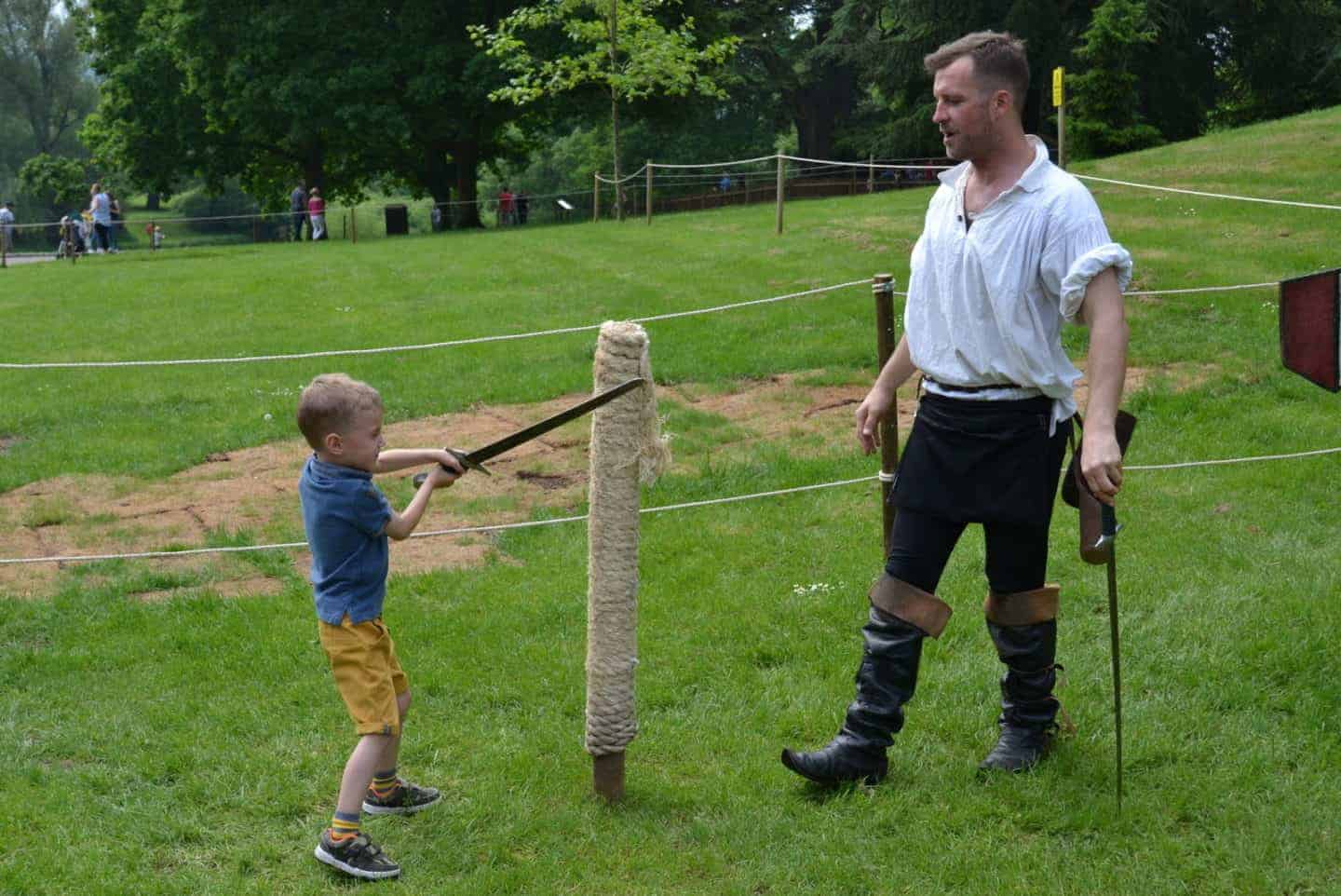 Will, Lillie and Ollie fancied trying their hand at a spot of archery and were pretty good it has to be said. We bought 12 arrows each and then handed them over to the capable hands of the archers to train them up.

Albie on the other hand had his sights set much higher, he wanted to be a Knight in training so he was taught the arts of sword fighting and jousting which he nailed with flying colours. I think he took his 24hr Knighthood a little too seriously though as he insisted we call him Sir Albie for the rest of the day. 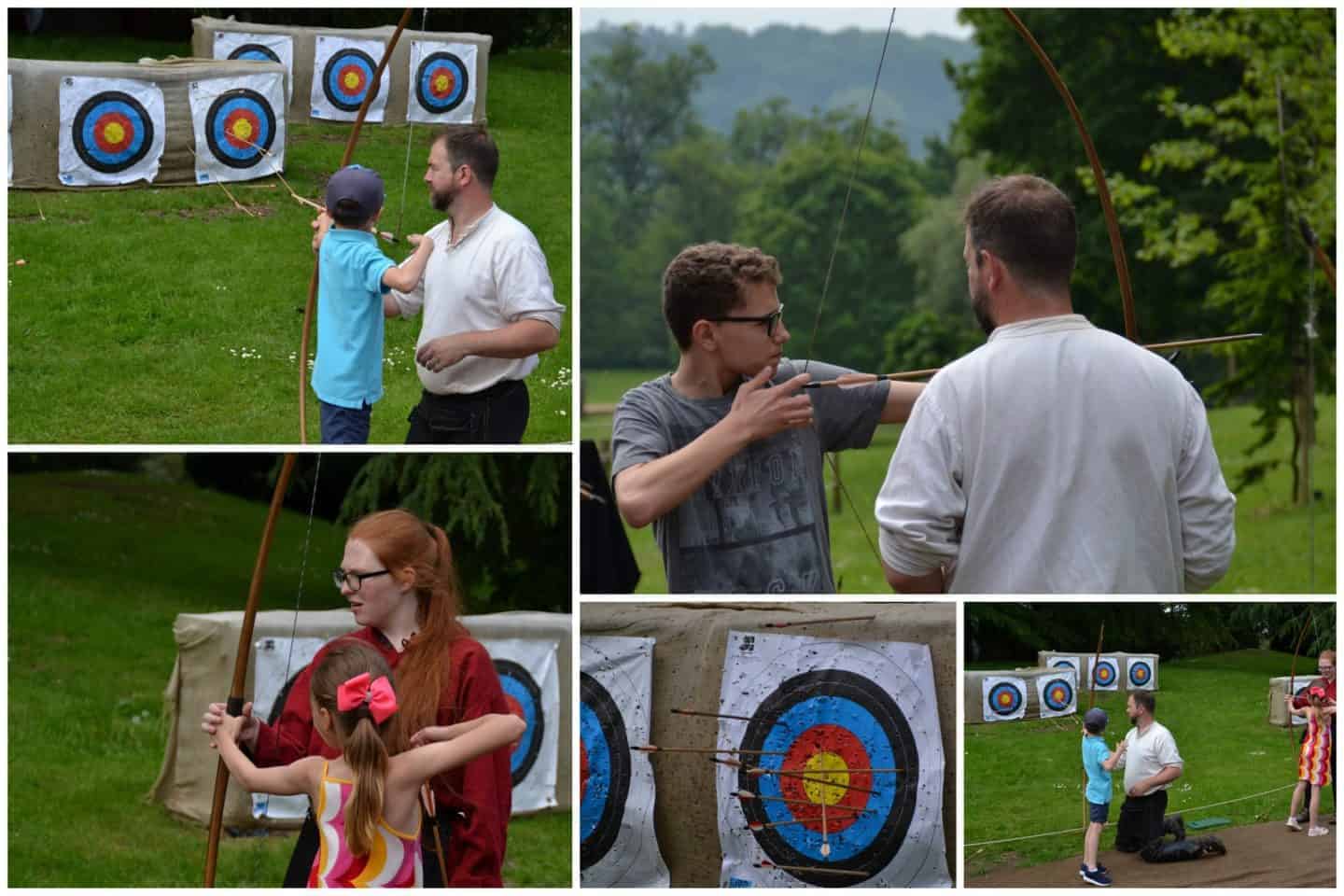 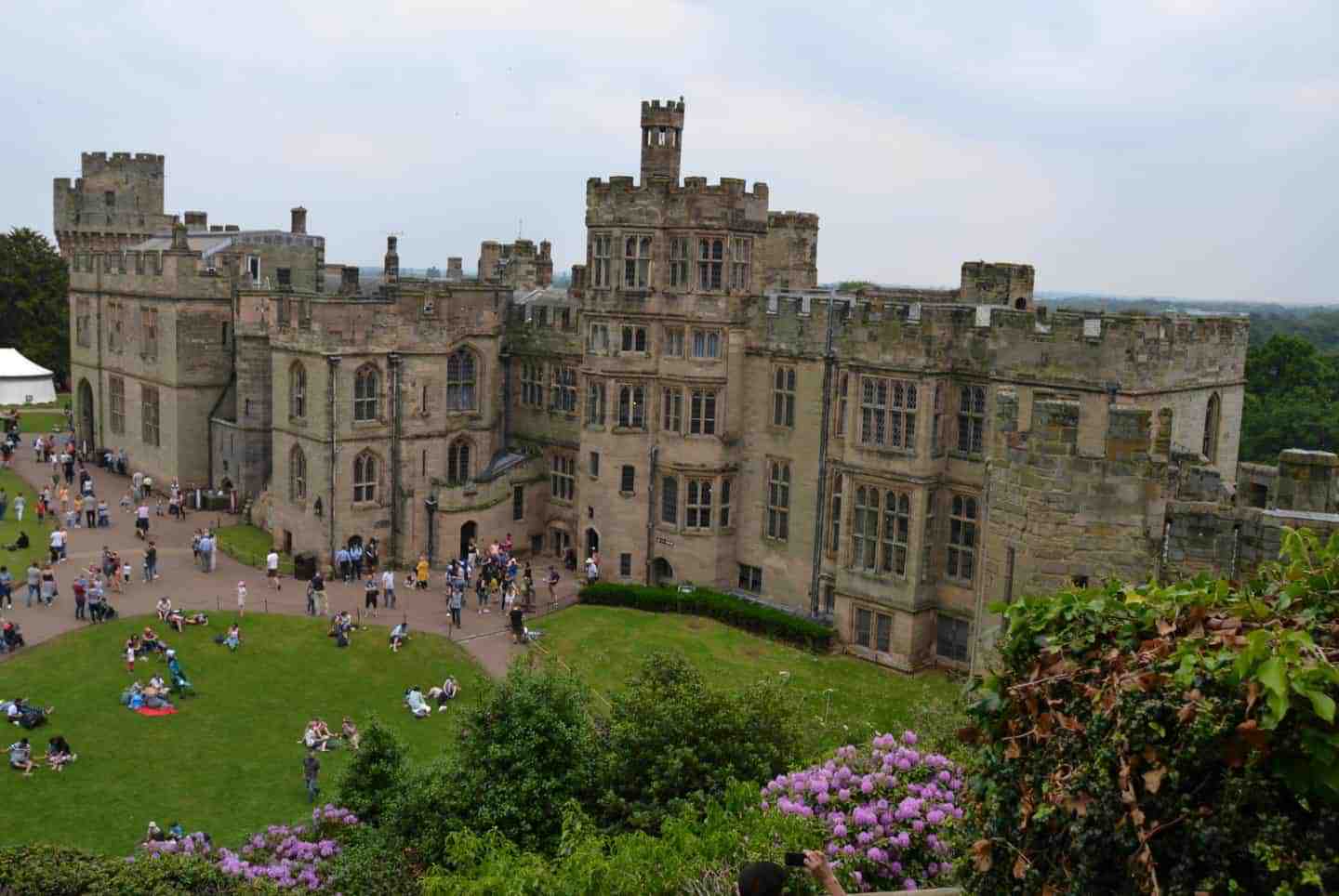 Aside from all the amazing activities which go on in and around the Castle, there is of course, the stunning Warwick Castle at the heart of it which has lots to offer itself. During our visit to the Castle we visited the The Royal Wedding Party, the Time Tower, the Walls and Ramparts and the Kingmaker. The Beans have always been frightened of the Kingmaker, I think because it is quite loud and dark so Will and I did this alone which was fun. I promised myself I wouldn’t try to make him jump out of his skin and failed miserably, the temptation was just too much. 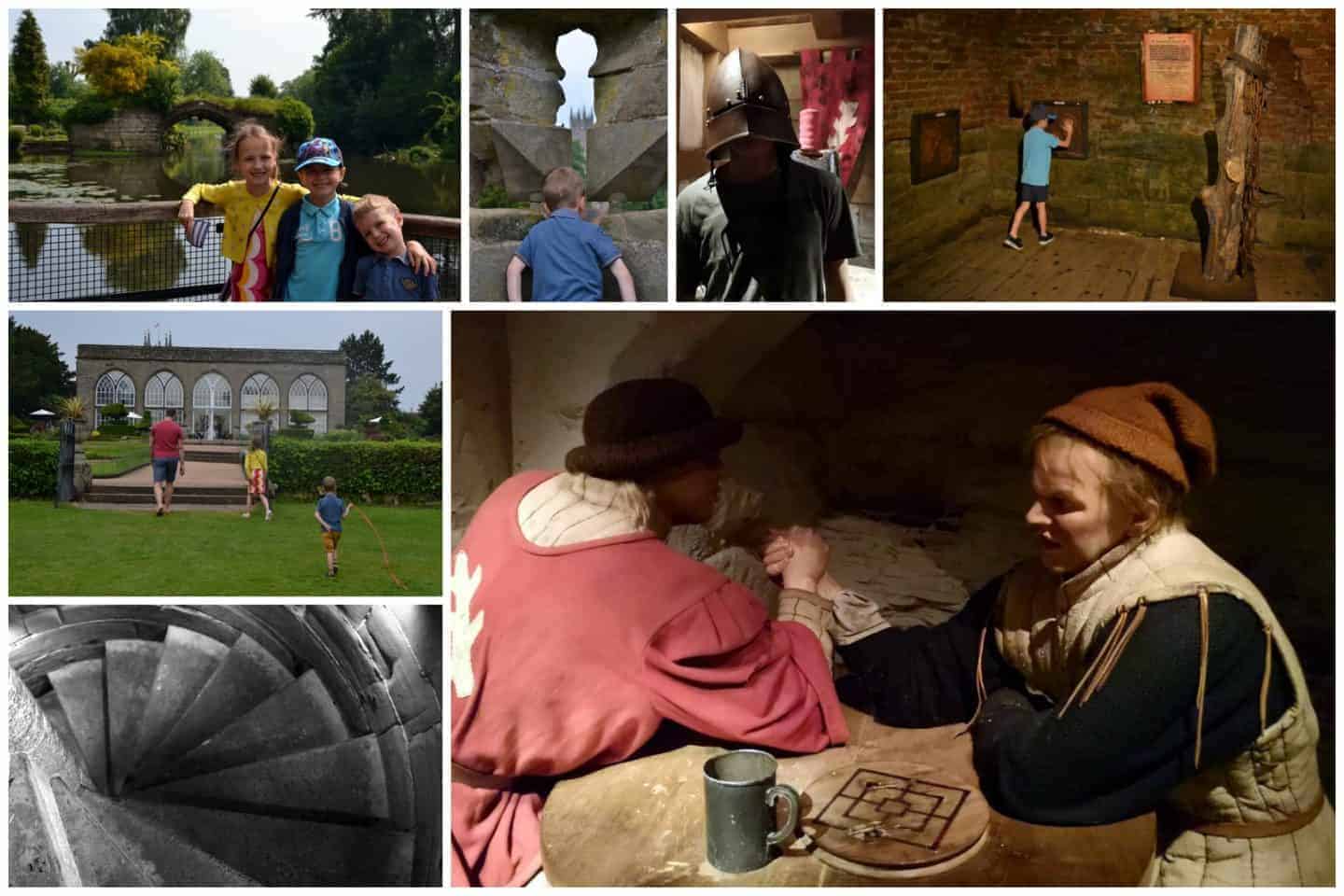 War of the Roses Live 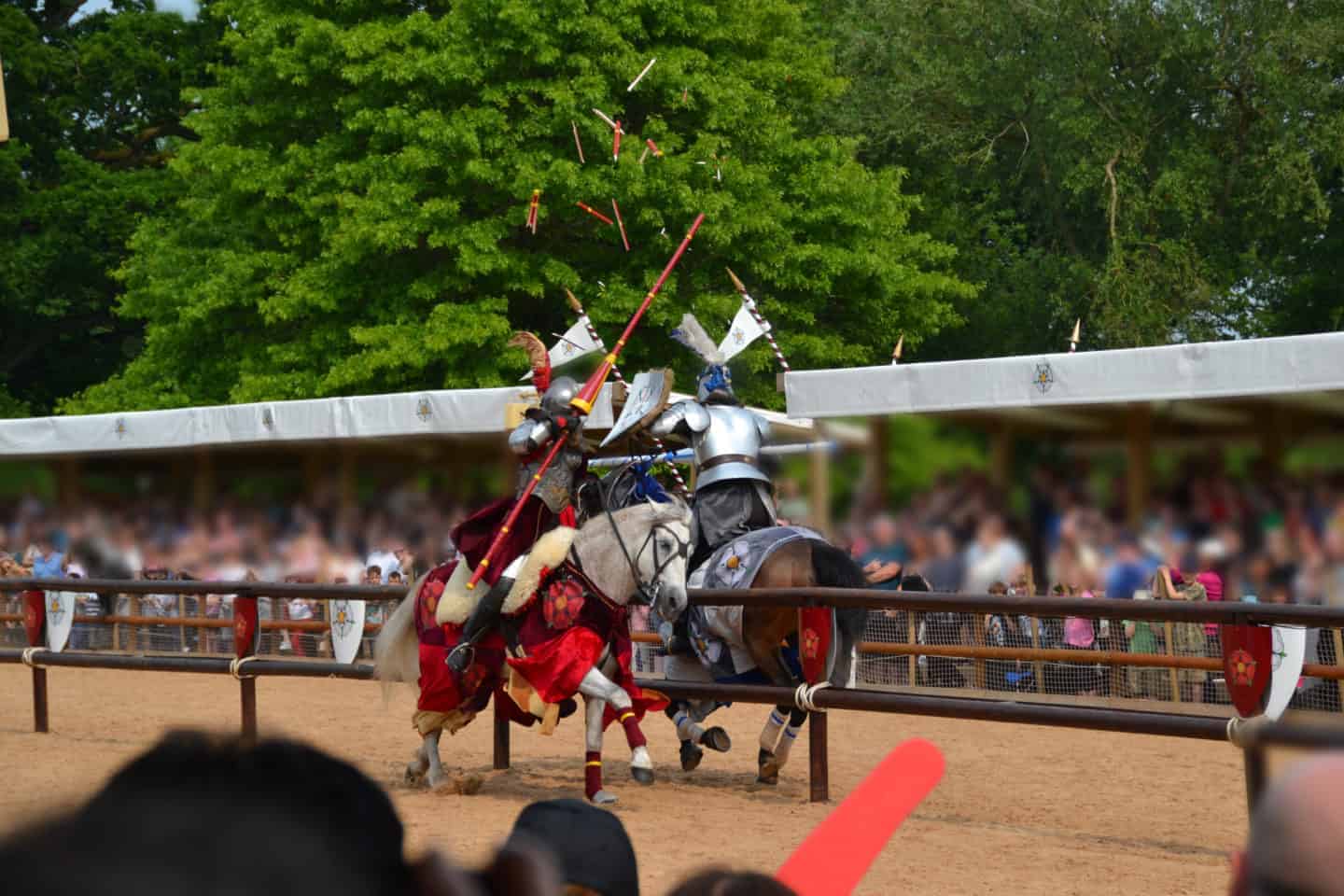 This was a new addition since our last visit and was the icing on the cake. The War of the Roses Live Arena is situated on River Island adjacent to The Trebuchet. One of my favourite films is The Knight’s Tale with Heath Ledger so watching the story of the House of York versus the House of Lancaster unfolding in the arena took me right back to the film. This is a very popular activity and we noted early in the day how long the queues were so we made our way down at 2.45pm for the 3.30pm performance which allowed us great views of the arena when it opened.

What I really love is how the crowd really gets drawn into the acting with the Red Rose versus the White Rose and joins in with the cheering and chanting. The children absolutely loved it and surprised me by explaining who some of the characters were. It makes history come alive and plants the story in your mind. 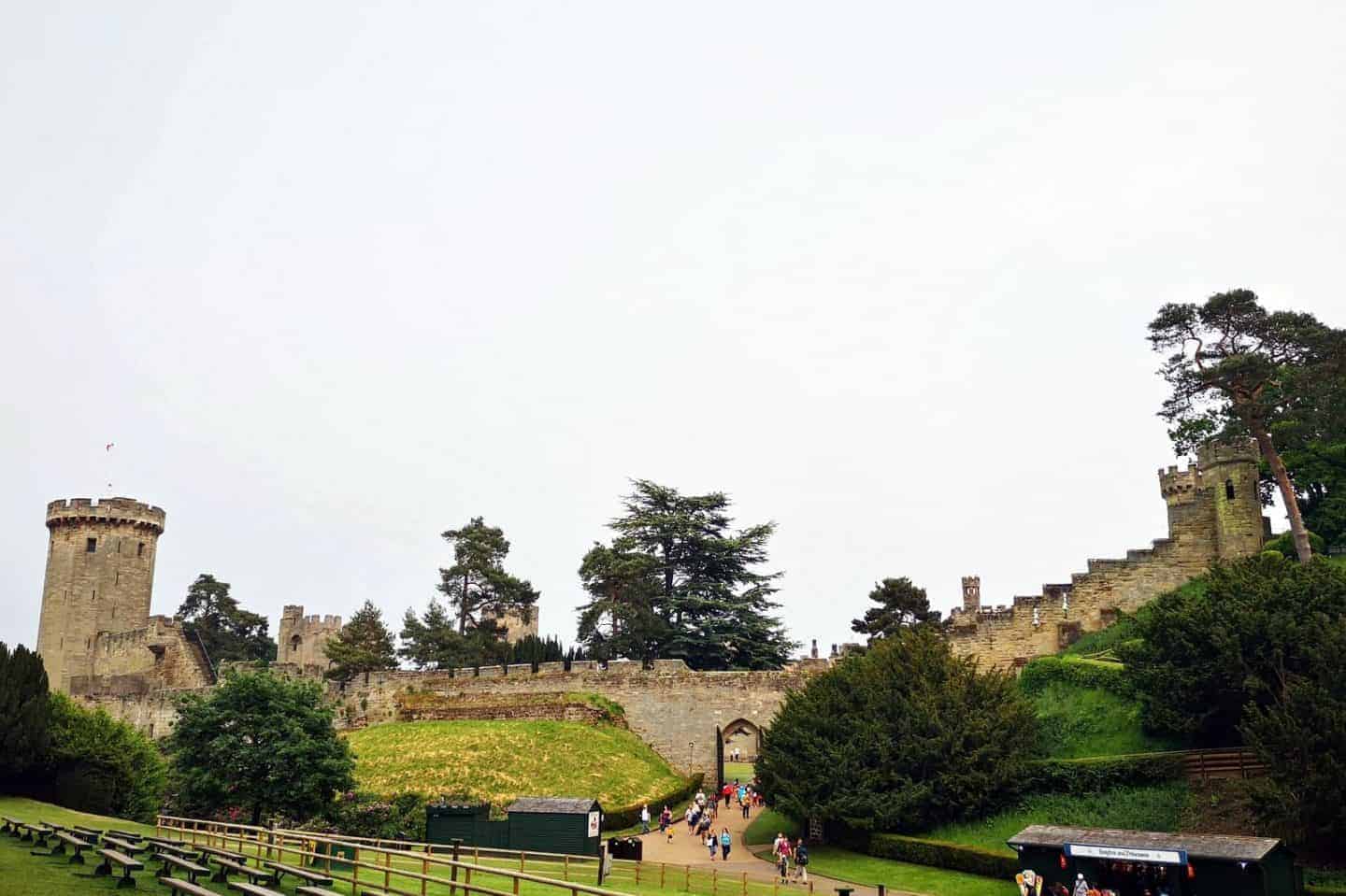 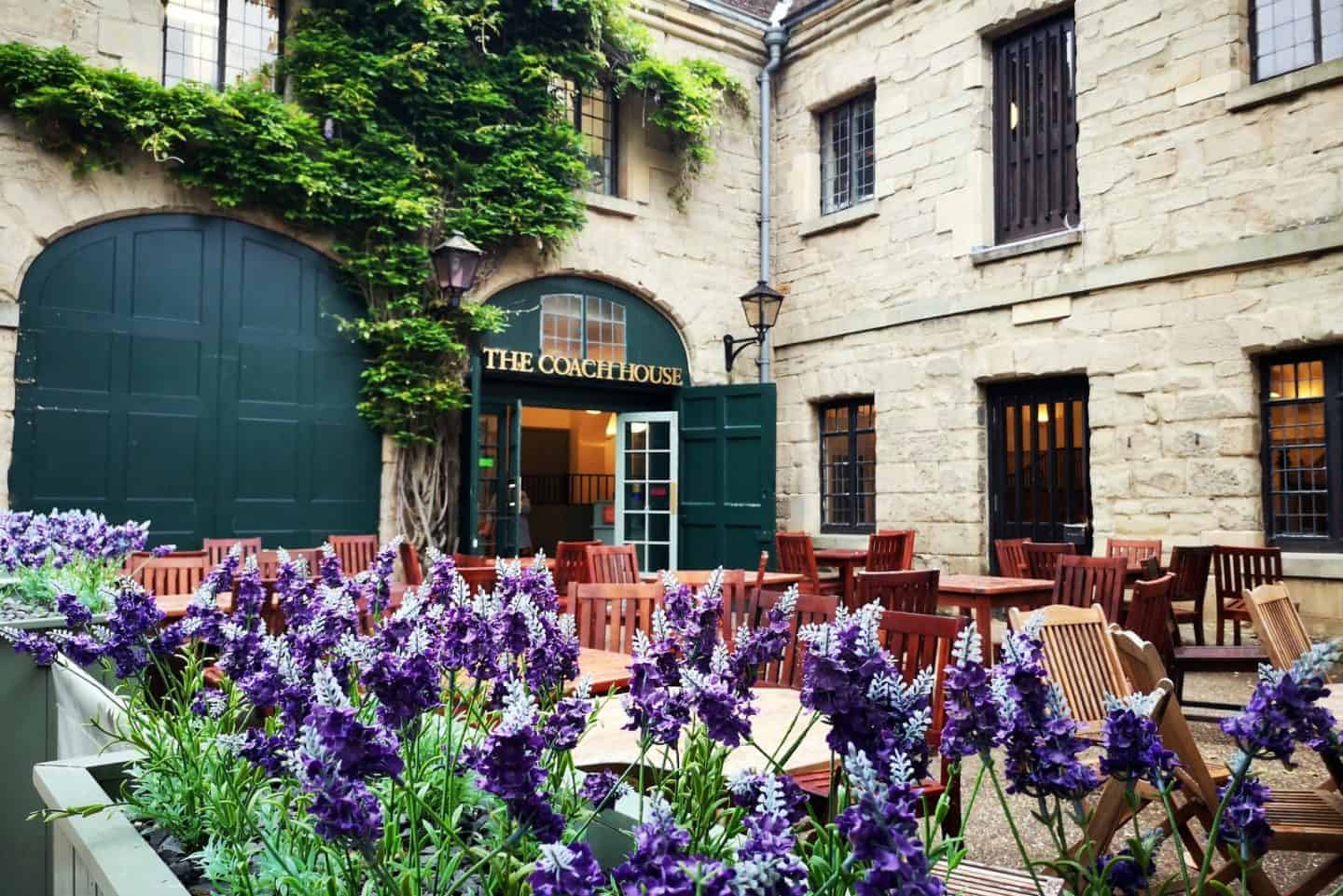 There is ample on site car parking and the Castle is also easily accessible from Warwick Town Centre as it is right outside the castle gates. There are toilets in the castle itself, in the courtyard area as you enter and down in the Mill House as well as some temporary toilets near the Birds of Prey arena.

If you are looking for food and drink there are lots of little shops around selling everything from sweets and ice creams to drinks and hot food stands as well as souvenirs but in the main Courtyard you will find The Coach House restaurant and in the undercroft of the castle you can find a further restaurant for sit down meals. You are also permitted to take your own picnics with you.

To see all these photos and many, many more head over to our Facebook page.

DISCLAIMER: We were given complimentary passes in exchange for our honest review. All images, words and opinions are my own and may not be copied without my permission.