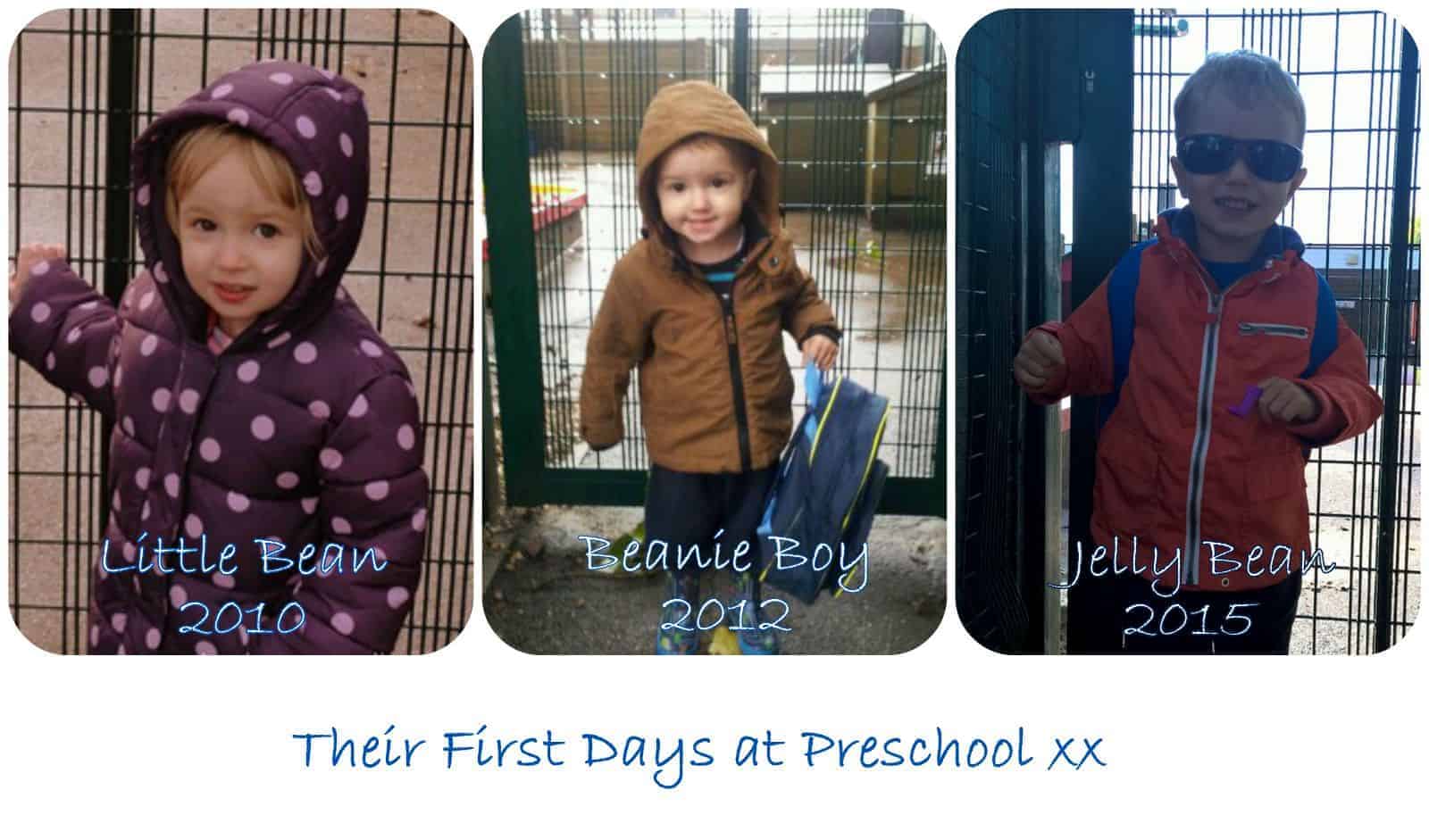 The end of an era – goodbye Sunflower Seed Preschool

Back in 2010 when I needed to find a preschool for Little Bean I assumed I would just be able to walk in to the preschool nearest our home and book her in. How foolish I was to assume that. When I visited and was told “we are fully booked” I didn’t know where to look next. Then my friend Karin suggested that I send her to the same preschool as Ella. Admittedly it was in the next village but Little Bean and Ella were already the best of friends so it made sense to send them to preschool together. I gave Sunflower Seed a call and booked her taster session for the following week.

As we arrived at Sunflower Seed we were introduced to her Keyworker Mrs G and from that moment on a very special relationship began. Little Bean didn’t even give me a backwards glance when I dropped her off, so confident was she that it didn’t matter to her that Mummy was leaving her. She had friends to make and new toys to explore.

Fast forward 18 months and it was an extremely tearful goodbye when the time came for Little Bean to leave the comfort of preschool and move up to big school. Mrs G and the wonderful team at Sunflower had become like an extension of our family. It never felt like I was dropping her at preschool, more like I was leaving her to a group of favourite Aunts so we were very sad her Sunflower journey had come to an end. 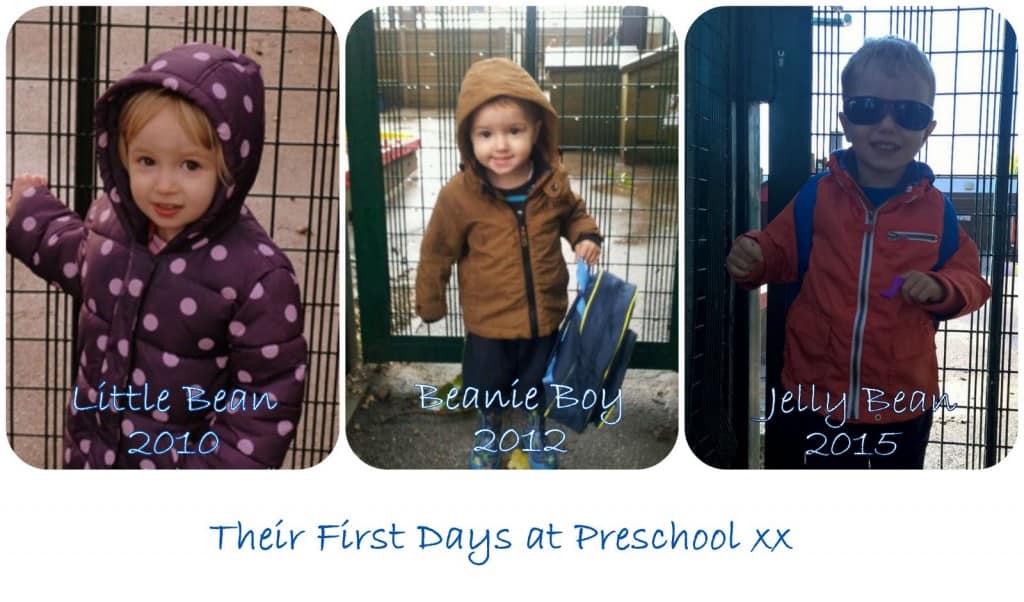 Two days after Little Bean started at Primary School, it was time for Beanie Boy to begin his Sunflower Seed journey again with Mrs G as his keyworker.

Beanie Boy was a late September baby so he would have an extra year before he started at school. This meant he had a full two school years with Sunflower Seed before I made the painful decision to move him to the preschool next door to Little Bean’s school in order that he could make new friends before moving up to Primary School. Beanie Boy leaving Sunflower was just as traumatic for me and the Sunflower ladies as when Little Bean left. They had all formed such a tight bond but the timing was right as his friends were all starting school in September and he wouldn’t be starting for another year. He missed them lots and still talks of his Sunflower days now.

It would be another year before I would walk through the gates of Sunflower ready for Jelly Bean’s turn to begin but little did I know that this one wouldn’t be such a smooth ride. Jelly Bean didn’t settle straight away like his older siblings before him did. He cried every time I left him for the first few weeks and then suddenly it all stopped. He would tell me that he didn’t like it but yet when I picked him up, he didn’t want to leave?!

When we were away from Sunflower Seed he would talk about ‘his ladies’, and tell me about how they were his best friends. He would often talk about the friends he had made there and things he had done so I know that he loved it despite what he told me. 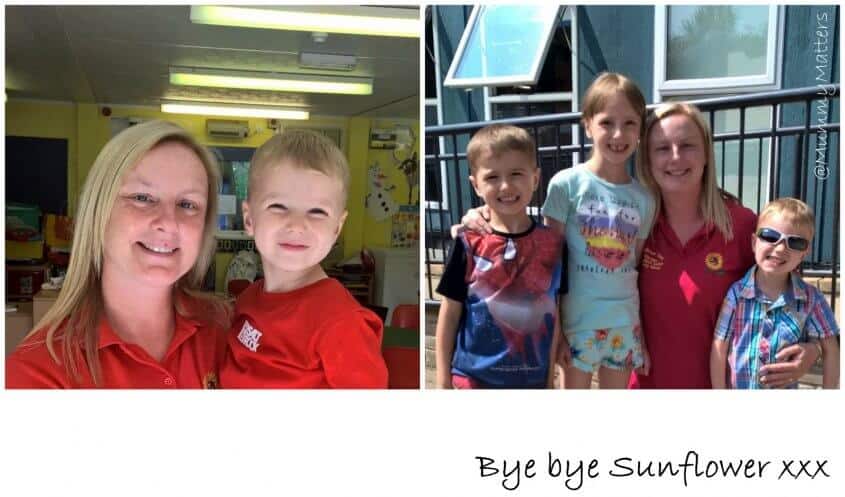 Last week our Sunflower Seed journey came to an end and yes I did shed a tear. I always like to make gifts that involve the children so they are more personal, this time we made keyrings which had the Beans’ fingerprints made to look like balloons and on the reverse they said ‘It takes a big heart to help shape little minds’ and then I hung a small silver Sunflower charm on the keyring. Jelly Bean took them to preschool with him on his last morning, all wrapped in pretty organza coloured bags and the ladies loved them.

The following morning we made a special visit with all three Beans to see ‘their’ very special Keyworker Mrs G to give her a an extra special gift from the three of them so she would always have something to remember them by. As expected, she cried. Mrs G was overjoyed to see the older Beans too and loved having cuddles with them. We had a quick catch-up before all saying our final goodbyes. I managed to hold it together as we said goodbye but the moment I closed the gate behind us, the tears began to flow. Little Bean noticed and gave me a big hug, she asked why I was sad and I said that it was the end of an era. Sunflower Seed and their special ladies had been such a big part of our lives for so long and I was said that it had come to an end. Thankfully we all always have great memories of a special time in our lives. We shall miss you wonderful Sunflower Seed ladies xx