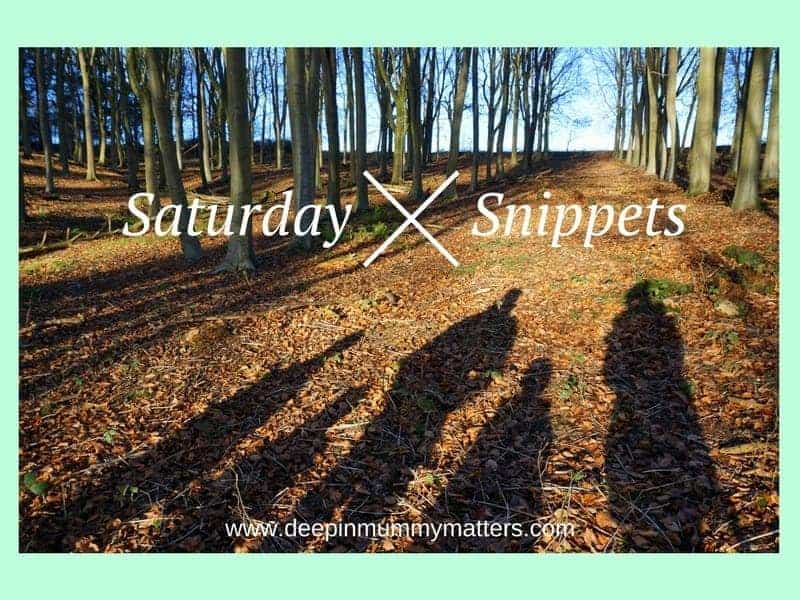 I really enjoyed doing these Saturday Snippets posts last year and then somewhere along the way, they got forgotten and I stopped blogging at weekends at all but I would like to try to do this one again so here goes;

So far this year has been quite kind to our little family. After the disastrous month of December, we were keen to get 2016 out of the way. The year ended with a lovely Christmas and a quiet but lovely New Year. We have decided to take a slightly slower approach on life in 2017 and so far this seems to be working for us. The Beans are sleeping better and even sleeping in a little longer in the mornings, they are getting along better and being kinder to each other too. We like this very much!

Ministry of Sound Annual 2016. I am LOVING CD1 at the moment and listen to it non-stop when the Beans are at school. It has so many great tunes that make me want to get up out of my seat and dance around the kitchen. Sometimes I have to turn it off in order to get on with my work but not until I’ve had a good old booty shaking session.

. . . disappointed in myself that I have put on so much weight in the last few months and haven’t found the time to get out exercising like I had hoped I would in the New Year. So far I have only managed one walk but hopefully, as the weather picks up I will get out and about a little more. I am trying my hardest to eat a little more sensibly but I swear I am addicted to chocolate and biscuits, I can’t get through a day without eating them.

I am looking forward to starting something new but you’ll have to wait for next week’s Saturday Snippets to see what that is . . .