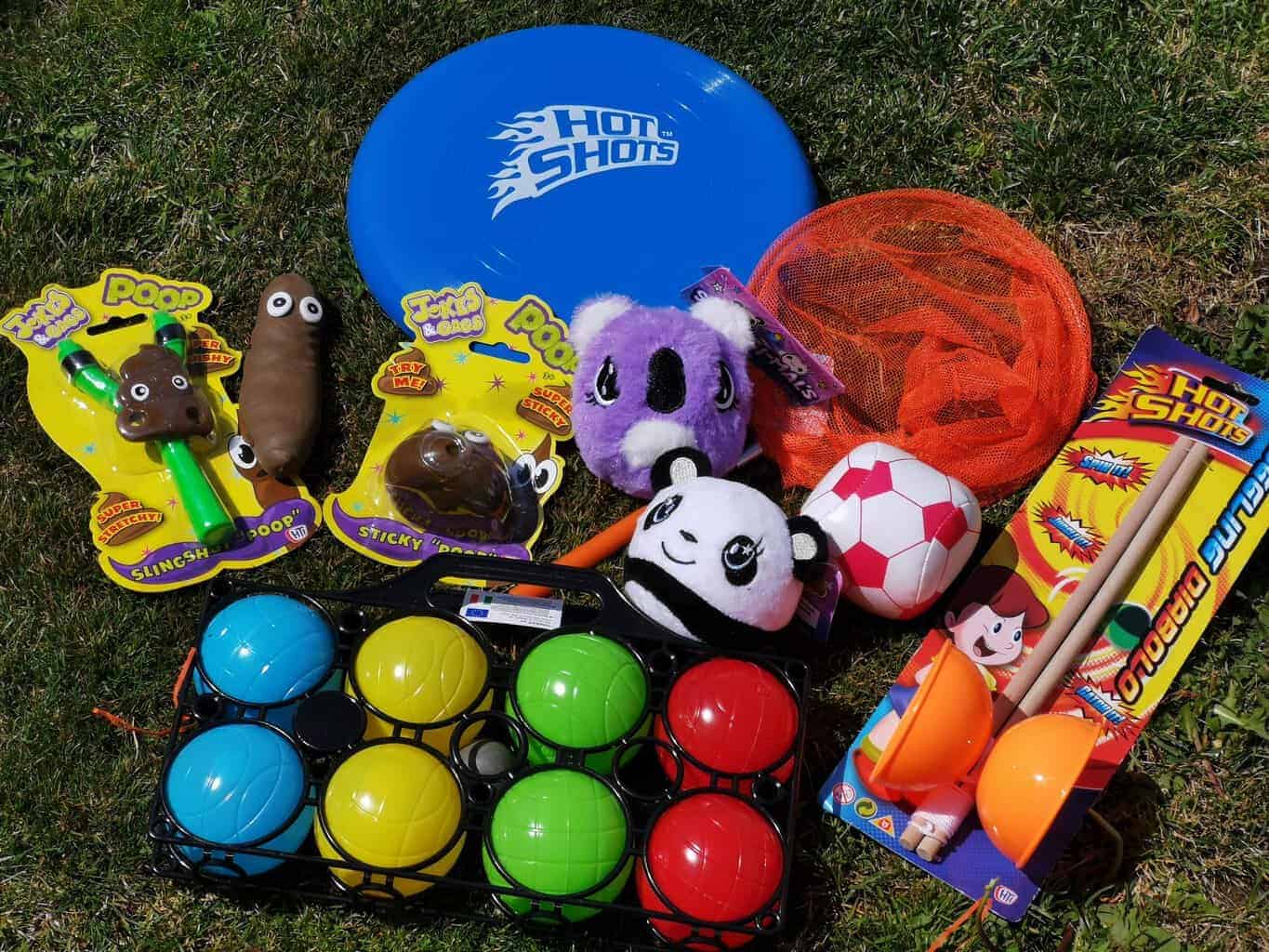 When I was a child I used to love it when my Mum took me to the market so I could spend my pocket money on the 50p and £1 stalls. Obviously, we are talking quite a few years ago so the monetary value has changed somewhat but the joy of spending pocket money certainly hasn’t.

At the beginning of the Summer holidays, the Beans received a surprise box packed with a selection of HTI Pocket Money toys and they were a hit. That first week of the Summer holidays was perhaps the best of the weather that we have seen. The Beans and I spent the majority of the week outside in the garden, they played happily with their toys whilst I worked at the patio table – win/win!!

The first thing the Beans wanted to get their hands on was the Diablo. They had watched a man at the Cornbury Festival this year who made it look very easy. They had trotted off to the circus skills tent and practised lots so when Lillie and Ollie got their hands on the Diablo in the garden, they nailed it straight away.

The frisbee, I’m sorry to say, soon became the property of Bramble who assumed it was being thrown for him and then decided it was a brilliant chew toy! Ooops, we do love a frisbee though.

Finally, a set which settles the arguments. We used to have a similar set which only had three pairs of boules, not ideal when you have four children. Now they can all play happily together (well at least for 10 minutes until someone cheats) with their own set of boules.

I must admit, I am that parent who doesn’t do ‘toilet’ humour and poop jokes so I wouldn’t normally have poop toys in the house but the Beans relished the fact that I had to allow these ones in and they have loved them. I can’t believe the scramble over who got to keep the ‘biggest poop’. In the end, Lillie chose the Slingshot Poop, Ollie chose the Sticky Poop and Albie won the fight!! I keep finding it under pillows and randomly on the floor with Bramble looking at me sheepishly as if to say “it wasn’t me”. The Beans think it’s absolutely hilarious – what is it with children and poop?

Lillie is obsessed with anything and everything squishy and squashy so she got straight in there for the plush squishy animals. She says that she finds them super relaxing especially when she has become stressed at by her brothers?!

Ollie quickly snaffled away the small squishy football which he has been carrying around with him all summer and practising his ‘keepy uppies’ at any given opportunity.

The final toy in their parcel was the telescopic net which raised squeals of delight from Albie who wanted to get straight down to the local stream to ‘catch a fish’. Unfortunately for Albie I wasn’t in the mood for fishing him out so he decided to use it to catch butterflies and bugs instead, remembering a technique he was taught at park explorer session where he shakes the bushes with the net held underneath to see who falls out.

It just goes to show that you don’t have to spend a fortune for children to enjoy themselves and often if they have bought something themselves with their own pocket money (like mine through the Summer) they will love it even more.

What is your child’s favourite pocket money purchase?