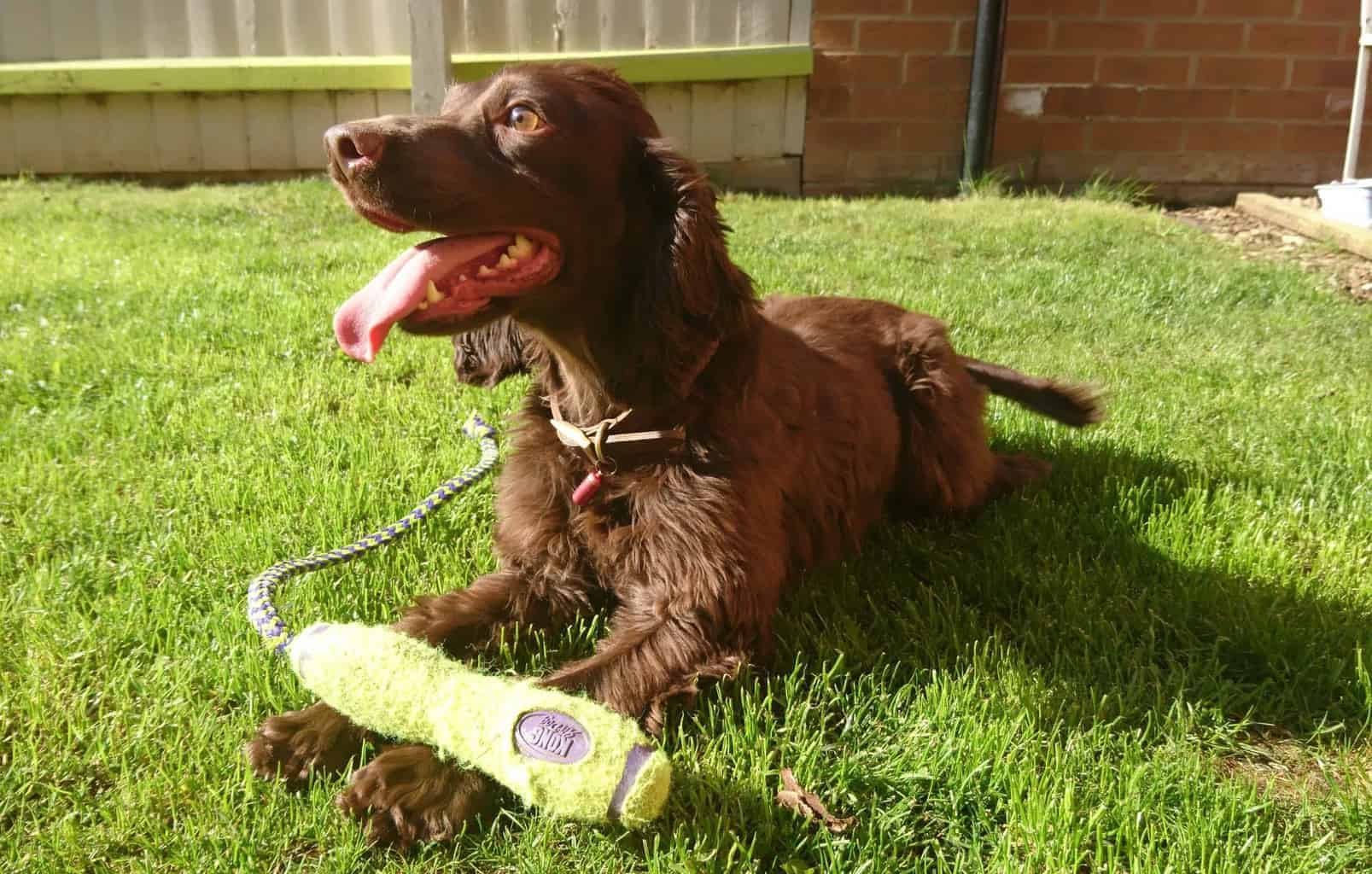 Meet Bramble: the newest member of the Mummy Matters family

As the Summer holidays were drawing to a close, our family welcomed a new member into the home. No, not a baby . . . a 2-year-old Cocker Spaniel by the name of Bramble, ‘Bram’ for short.

Contents hide
1 When the time is right
2 Puppy or Rescue Dog?
3 As if by magic
4 Love at first sight
5 Settling in
6 Here’s to the future

When the time is right

I have had dogs pretty much my whole life, I grew up with a King Charles Spaniel named Rusty, then we had a golden Labrador called Honey, in my twenties I had a black Labrador/Alsatian cross called Toby who pretty much destroyed my home and my sanity. It turned out that Toby and I were not destined to a life of peace together so I found him a forever home where he lived out his days happily. Years later, Ty came into my life in the form of a black and white Staffie X and perhaps the best dog I ever had. He really couldn’t have been more human if he tried, he was perfect in every way.

Before Lillie was born, Simon, William and I had a little black Teacup Terrier called Tizzie who was extremely cute and lovable but sadly became jealous when Lillie arrived and began snapping at both Simon and I. We didn’t want to take our chances around the children so she was re-homed to a farm with another Teacup Terrier and they lived very happily together.

We decided that we wouldn’t have any further dogs until the time was right, ie. when the youngest child was old enough to stand his ground with a dog.

For months now, Simon and I have cooed and ahhed over puppies when we have been out and about. Simon liked the French Bulldogs, I liked the Cockerpoos but getting a puppy just didn’t feel right. With Albie being four years old we didn’t really fancy starting the ‘baby stage’ all over again with a puppy.

The majority of my dogs have been rescued dogs which were fine whilst I didn’t have children but with a rescue dog you never really know what you are getting. You have to be so careful where children are involved and so we came to a bit of a stalemate.

As if by magic

Simon had been chatting to his colleagues about wanting a dog and it just so happened that one colleague knew of a dog which needed to be re-homed, Bram. She sent Simon photographs, you know the ones with the big doe eyes that you can’t resist. Whilst out one evening Simon sent me the photograph with one simple message “Hello my name is Bramble”.

Bramble had been raised by the Kennel Club and was bought by a Gamekeeper to train up as a working dog flushing the game out of the trees. Unfortunately with gaming season approaching Bramble didn’t get up to speed with the training and so he needed to be re-homed and we were the lucky recipients.

We didn’t tell the children about Bram until the morning that we were due to go and collect him. I didn’t want the children getting all excited if we wouldn’t be able to keep him for whatever reason so we told them we were going to be looking after a dog for a friend.

When we arrived Bram was excited to see us but didn’t jump up, he wagged his tail so hard that it reverberated along his body in a funny wiggle motion. He didn’t lick, nip or do any of the annoying things that some dogs can do. He was extremely gentle with the children and just wanted to sit next to them, he just wanted to be loved. My first reaction was how much smaller he was than I expected, at two years old he still looks like a puppy to me and people will often comment so when they meet him.

Bram has been living with us for a little over a month now. We pretty much decided within the first 48hours that he would be staying but we took a family vote to be sure and it was a 100% decision, we all wanted him.

It hasn’t always been easy, Bram was used to living in a barn so was using to doing his ‘business’ indoors but slowly he is getting the hang of going outside. He was also very anxious so would circle all the time and would only settle once we sat down for the evening or he would sleep under my desk whilst I was working. I bought him a Pheromone collar which seems to be helping, he will now stay sleeping in the hallway if I go into the kitchen rather than sticking to me like velcro. I learnt lots of interesting tips to help him from WhyDoPets which is worth checking out.

He is a dream with the children, we really couldn’t have asked for better with them. He plays with them, cuddles with them and leaves their toys alone 99% of the time, though he does like to sneak off with their cuddlies from time to time.

Here’s to the future

Adding a dog to an already large family was a bit of a gamble, we tend to be quite chaotic at the best of times but Bramble has slotted right in. He isn’t the brightest of dogs, he will often shut himself in the utility room or totally lose the ball if he isn’t looking when you throw it. He is frightened of the rabbits but he hardly ever barks, he doesn’t whine through the night (anymore) and he will be the children’s best friend for life. Isn’t that what having a dog is all about?