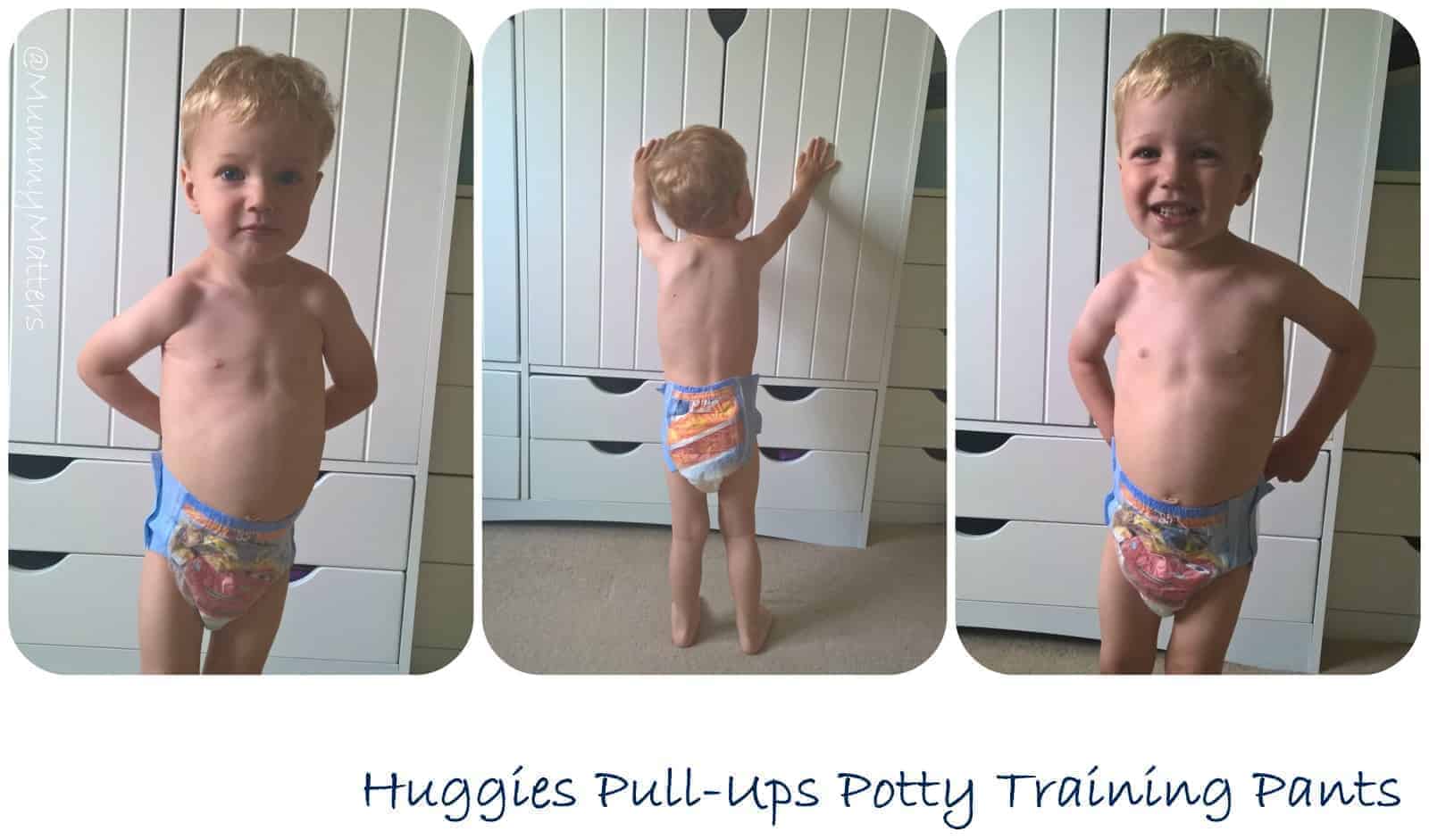 A few months ago, Jelly Bean and if we would like to be Huggies Pull-Ups Ambassadors for 2015 and it was an opportunity we didn’t need to think twice about. Jelly Bean is now coming up for 29 months and so it’s time to start thinking about potty training. I know by now many people have already potty trained their little people but I’m quite relaxed about it, I prefer to go at their pace and let them decide because I definitely think it makes life easier and less stressful for everyone concerned in the long run. I didn’t even contemplate potty training Little Bean until after her third birthday but she trained easily in just one week and with Beanie Boy we tried just before his third birthday but I couldn’t tell he didn’t ‘get’ it so I stopped. A few months later he asked me if he could wear big boy pants and that was all it took, he had a couple of little accidents but just like his sister in one we he had it sussed, he even went dry at nights straight away too.

Up until recently I have felt that Jelly Bean has been much younger for his age than his siblings were at this age. To all intents and purposes to me he still feels like a toddler. At 2 years and 2 days, Beanie Boy started at pre-school and although he was obviously young, he seemed older than his years and settled quickly. Jelly Bean still sleeps for 2-3 hours a day AND sleeps nearly 12 hours at night so I haven’t been in a rush to get him to pre-school but he will be starting in October two mornings a week. 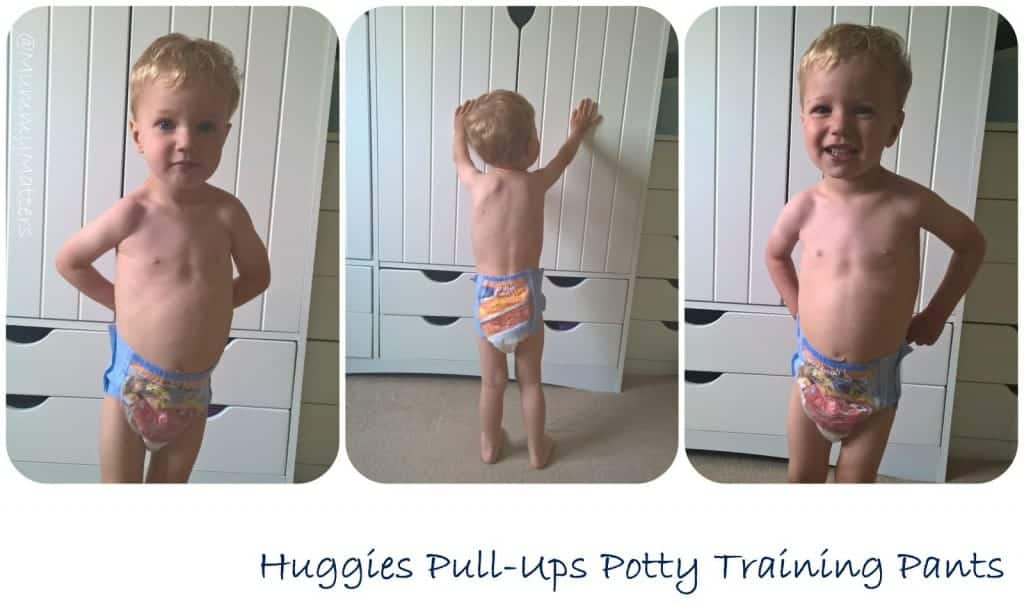 Jelly Bean has been a funny one with his ‘toilet’ habits as he has shown an interest in ‘what’ he is doing for quite a while and has in fact done a ‘#2’ on the potty a couple of times BUT we are currently under the GP’s supervision because he is with-holding his poop to the point that he ends up in excruciating pain when he eventually does have to go. As a result of this the GP has prescribed Movicol for JB as a long-term plan of action in the hope that if we keep his bowels ‘loose’ he will no longer associate going to the toilet as being painful and will stop restricting his bowel movements. This all began when we stopped breastfeeding just before his first birthday which was obviously when things ‘firmed up’ a bit so this has been going on for some time and is extremely distressing to watch.

I started to put Jelly Bean into his Huggies Pull-Ups potty training pants a little over a week ago now – they are specifically designed to help make potty training easier. I wanted to make sure that all of his baby nappies were used up so that he noticed a change. On the day that we started using them I made a big deal of Jelly Bean being a ‘big boy’ now and told him that big boys have to wear ‘big boy pants’ instead of nappies and because he was a big boy, they had Disney’s Lightning McQueen on them which he thinks is amazing and help make learning fun and actually encourages independence.

I let him take the pants himself and explore everything on them, he asks me ‘what’s that’ and points at different aspects of his pants. Huggies Pull-Ups are the only pants specifically designed for potty training. On the front of the pants is a little steering wheel (boys pants) which disappears when the pants are wet so that parents can visibly see when their child has wet pants. They have super stretchy slim sides which helps toddlers pull them up and down on their own – just like real underwear. 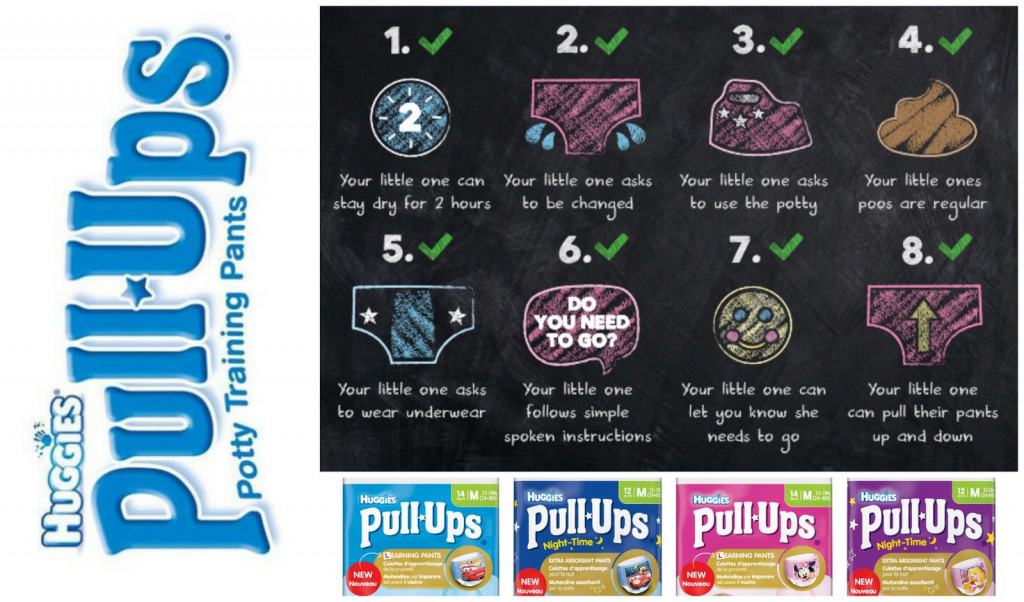 From the child’s point of view, the new learning liner inside HUGGIES® Pull-Ups® allows toddlers to feel wetness for a few moments, before quickly drawing the moisture away. That way toddlers learn the difference between wet and dry and can ultimately stay dry on their own.

I have also made a few other little changes to his routine so that he recognises the transition to being a big boy;

Obviously having an older brother who he follows around like a shadow has given him someone to watch when they go to the toilet and he always watches Beanie Boy with interest and will tell him whether he is doing a ‘wee wee’ or a ‘poop’ when he goes to the toilet. The biggest change I noticed happened a couple of nights ago. Just after teatime when Beanie Boy went to the toilet, Jelly Bean started dancing around holding his shorts. I asked him what was wrong and he said “need toilet quickly, wee wee coming” so I pulled the potty forward but he told me “no big boy walk at toilet” which in JB’s language meant he wanted to stand at the toilet like Beanie Boy does. I then passed him the foot stool so that he could step up to be the right height for the toilet but he wasn’t having any of that because Beanie Boy doesn’t use one. We then had a little altercation over the fact that he wasn’t tall enough to reach the toilet or indeed thanks to his distended tummy he couldn’t even see his ‘equipment’!! Finally he agreed to sit on the toilet but after 5 minutes he told me “gone now” without actually doing anything. Still we were super proud of him for even trying and both commented that there was definitely a change in him since he had moved into his Huggies Pull-Ups. I’m still not going to force the issue with him but at the same time I am not going to hold him back. With Summer approaching I do wonder whether he will be dry by Autumn? 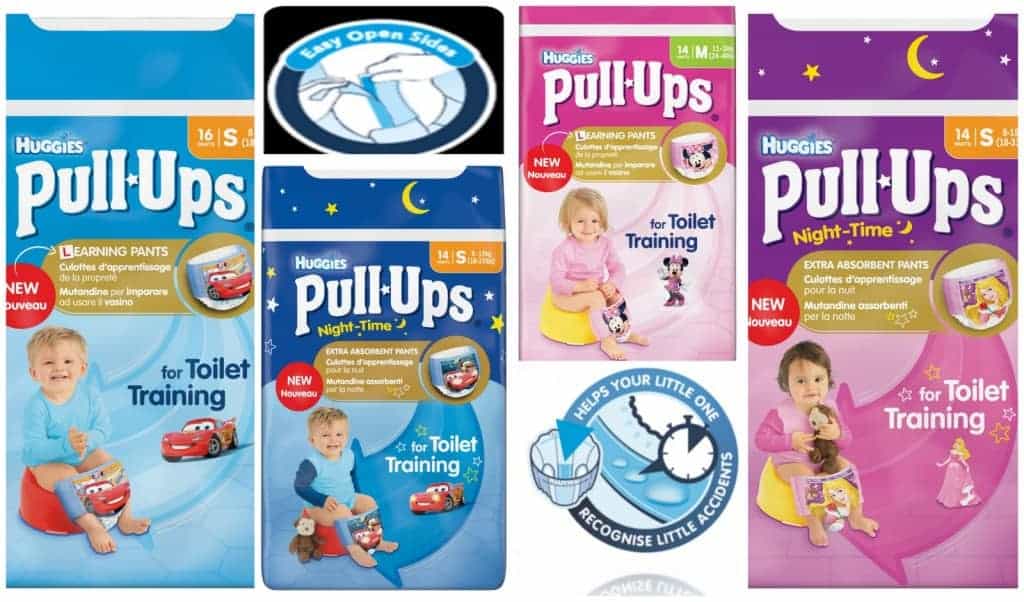 How do you approach potty training? Over the next few months I am going to be sharing with you our Huggies Pull-Ups journey as well as Expert Tips on starting out, keeping going and finishing up with Potty Training. I have some fab Potty Training giveaways lined up so keep your eyes peeled for those. To be sure that you don’t miss up why not subscribe to my blog so you won’t miss another post (just delete the ones that aren’t applicable to you).

HUGGIES® Pull-Ups are the perfect tool for potty training and will help you and your little one say goodbye to nappies!

Visit www.pottytraining.co.uk for helpful tips advice and to request a free sample.

Bye for now, wish us luck!