How To Treat Video Game Addiction In Children

In most households, video games are a fun pastime for children and can often be a relief when they’re occupied for a few hours. However, letting them play for hours on end unmoderated can have some serious consequences. Playing video games excessively over long periods of time can lead to the development of video game addiction. In this article, we are going to run through some of the most effective methods of treating a child’s video game addiction.

What is Video Game Addiction? For many parents, video game addiction might be a new concept so it’s important to understand what it is in order for us to take it seriously. Video game addiction is a behavioural addiction meaning your child isn’t actually addicted to the game itself but more so the act of playing. Of course, video games by design are way more addictive now than ever before, which doesn’t help.

The simplified science lesson of what causes video game addiction goes a little like this. When a person plays video games the high level of stimulation alongside the constant in-game rewards and victories, leads to large quantities of dopamine, a feel-good neurotransmitter, being released in the brain. Over time this high level of dopamine from excessive playing will lead to receptors in the brain becoming desensitized to dopamine. This means that the person will need more dopamine to feel as good as they used to, and the best way they know how to do this is through playing more video games. 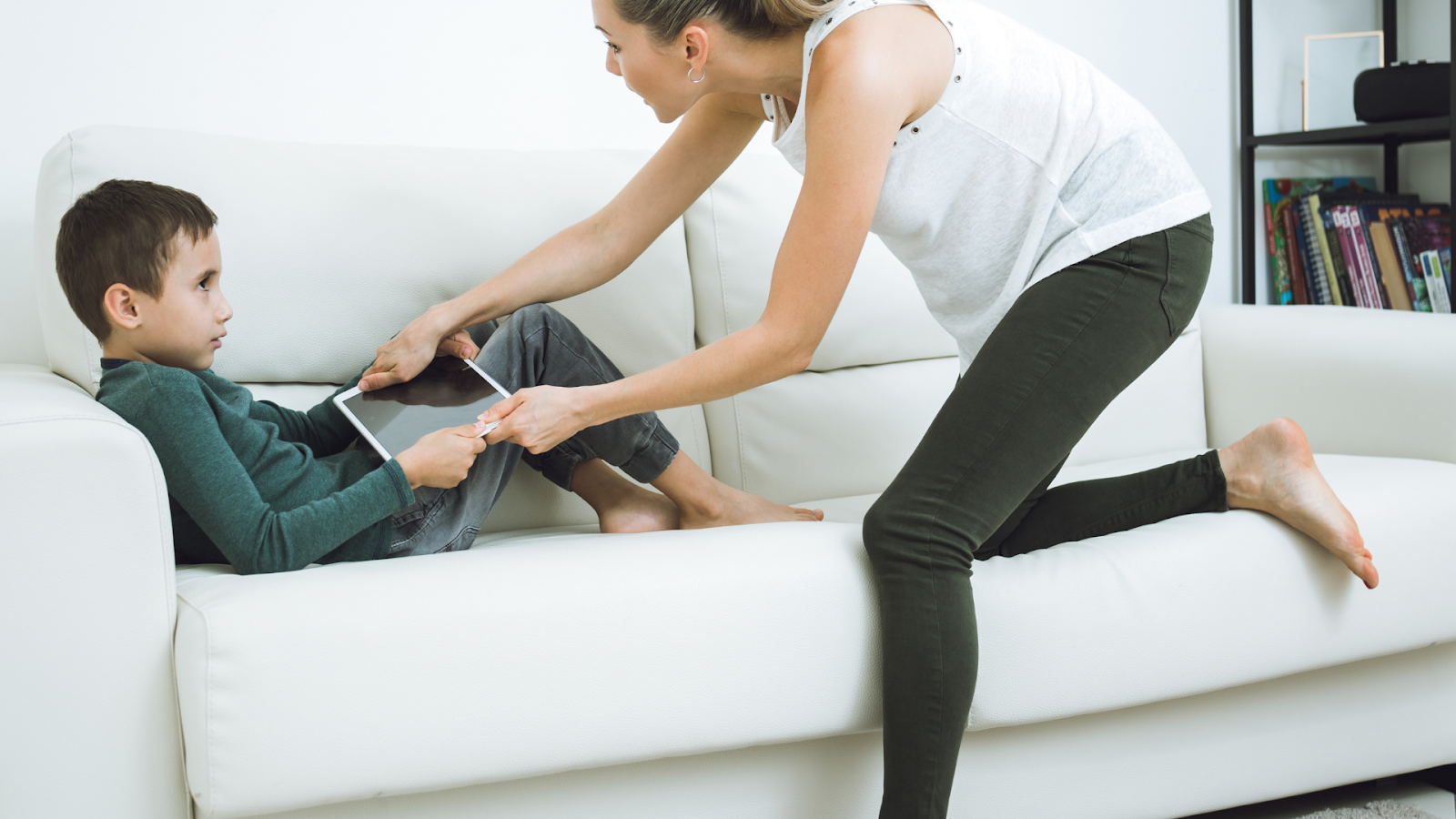 So, now that we understand a little bit about how video game addiction works it’s important that we know some of the signs and symptoms so that we can help to identify it. The World Health Organisation states that their diagnosis of video game addiction is dependent on significant impairment of “personal, family social, educational and other important areas of functioning” over a 12 month period.

Let’s take a look at some of the specific manifestations of video game addiction to look out for in your children:

If you begin to notice some of these in your child’s behaviour then it could be time to intervene. Some symptoms of video game addiction can be much more subtle and difficult to identify but are definitely worth looking out for:

Many of these symptoms are in line with other mental health conditions such as depression, OCD and ADHD so it is important that you contact a health professional to rule out these disorders. In some cases, video game addiction can also be the byproduct of other comorbid mental health conditions. Therefore it’s important that we remain vigilant. However, if we wish to help treat our child’s video game addiction then please read on. Luckily for children, they do not have to quit outright and take a detox like many adults with gaming addiction do. Simply cutting down and developing a healthier relationship with gaming can definitely suffice. Here are some of the effective methods to cut down video game addiction that we recommend.

Before we start setting limits on how many video games our child is allowed to play we need to get a better understanding of the amount of time they play. In an ideal world, we’d love to believe that our little ones will never lie to us and we could just ask them roughly how long they think they play. However, we have to give them more than that credit sometimes. Some children might understand that their gaming habit is causing them to neglect other responsibilities and in order to protect it, they can be inclined to sugarcoat the truth slightly.

We recommend that you monitor their activity personally if they are using a console or install a productivity monitoring app such as RescueTime for PC and tablets. This will allow you to see what programs they are spending most of their time on when using these devices.

A lot of parents tend to question “well how much is too much?” so it’s important to understand that every child is different and could exhibit symptoms of video game addiction for shorter amounts of time than others. Obviously allowing your child to play upwards of 5 hours on a weekday is unhealthy. So come to a compromise where they can still enjoy some video games during the week but it does not consume their entire day. The goal is to find an amount that helps with a reduction in their symptoms so monitor them closely.

Use Video Games as A Reward

The worst thing to do when trying to cut down on a child’s video games is to create a dynamic where you are the evil boss stopping them from getting to their beloved video games. Recovering from an addiction can be a lonely experience for even the strongest of adults so it’s important that they feel like you are on their side. Explain to them that their gaming habits are having a negative effect on them and could cause them serious harm in the future. Remind them that it’s not the be-all and end-all and they will still have time to play games.

One effective way to do this is to use video games as a reward. It could be an extra hour of game time during the week because of an improvement in their grades or more time to play on weekends for being more consistent in their chores and other responsibilities. Using video games to incentivise other healthier activities like winning a football game or reading a book can also create a healthier relationship with gaming.

When a child has to cut down on gaming they will often be left with large voids of time to be filled. It is important that we provide healthier activities that satisfy what gaming used to. If we simply throw them a book and say “read” they will find it almost impossible to engage with it due to the high amount of stimulation they are used to.

So the solution is to provide them with three different types of activity which you should talk through with them and find that you can agree on. The first is a mentally engaging activity, something where they can see measurable growth. Things such as learning an instrument, learning a new language or martial arts can stimulate the brain the same way video games used to and allow them to see improvement in their skills along the way.

Secondly, they will need a social activity. Playing video games is rarely done alone these days as kids rush home from school to jump online and play video games together. While this is an important part of socialisation they need to meet other children face to face in order to develop their communication skills. Helping them to join after school clubs like football, basketball or team sports is a great opportunity. Taking them to things such as dance classes or gymnastics can help them to find other people with similar interests as them.

Finally a resting activity. Video games are unique as they provide all these things while being very low energy and hence easy to access and sustain over time. Carrying out all of these activities would simply be exhausting therefore your child will need a resting activity they do to unwind other than gaming. Things like, drawing, graphic design, reading and even learning to cook a simple dish can be a great relaxing alternative to gaming.

Treating video game addiction in your child is important but so is maintaining a healthy relationship. Working together as a team rather than you telling them off for playing video games will make them more receptive to your guidance. The goal is to teach them that gaming is a recreational activity made to be enjoyed in moderation, not as a necessity.