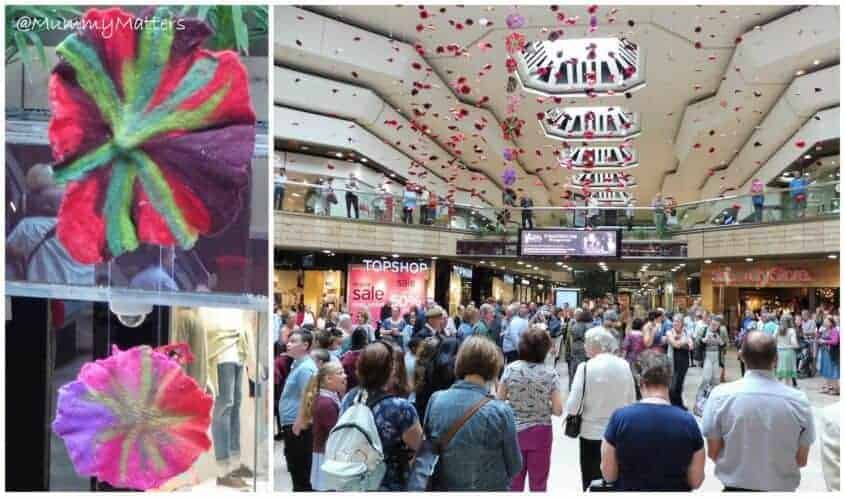 The Installation takes into account the major artillery barrage the week before the men went over the top on 1st July. It was planned that it would destroy the enemy lines so the Allies would walk out of the trenches into the enemy lines with minimal casualties. This was, as we know, a catastrophic failure and led to the deaths of so many men; 60% of the officers died in the first hour or so. 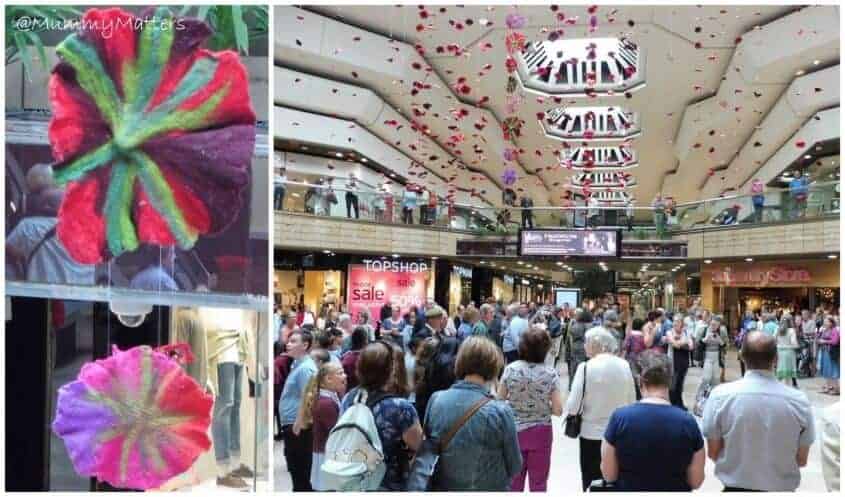 The Sky of Poppies is the culmination in a year long project for local Contemporary Artist, Charron Pugsley-Hill who has created over 1000 felted poppies and 1 single blue Cornflower, the flower of remembrance for France. She has created the Poppies with the help of Artisan Felter, Eve Marshall as well as many people who joined them during their drop-in workshops held in Westgate Arcade during May 2016. I think perhaps the most poignant part of her speech was when she said that each of her Poppies represented 1000 lives lost, the enormity of the battle really hit home when I looked up to the Sky of Poppies above.

I hadn’t known what to expect when I arrived that morning, I certainly wasn’t expecting there to be so many people there joined together to hear Charron talk of her love for creating something so beautiful and what inspired her to start the project following a chance conversation with some of the ladies from John Lewis. 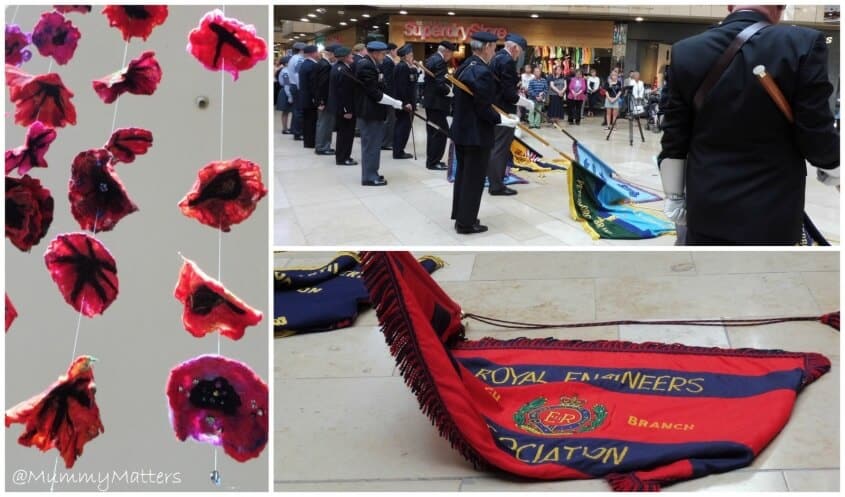 Keely Mills, Peterborough’s previous Poet Laureate 2009 also penned a beautiful poem entitled Sky of Poppies to mark the occasion and there was an eerie silence as everyone around listened on. Next the crowds parted and The Royal British Legion marched in with their standards held high, something Jelly Bean had never seen before and he was awestruck at the sight. The Bugle played the Last Post and the standards were lowered to the ground to mark the start of 2 minutes silence and my tears began to fall as one by one, the names of each of the men from Peterborough who died were read out. Their names have been placed on the walls above North Square for all to see and pay their respects.

I managed to capture much of the ceremony on video to share with you, the video quality isn’t the best I’m afraid but it will certainly give you an essence of what you missed. Excuse the sniffling at the end, like I said, I did get a little emotional. I would personally like to say well done to all involved in such a special commemoration of a bitterly sad event in history.