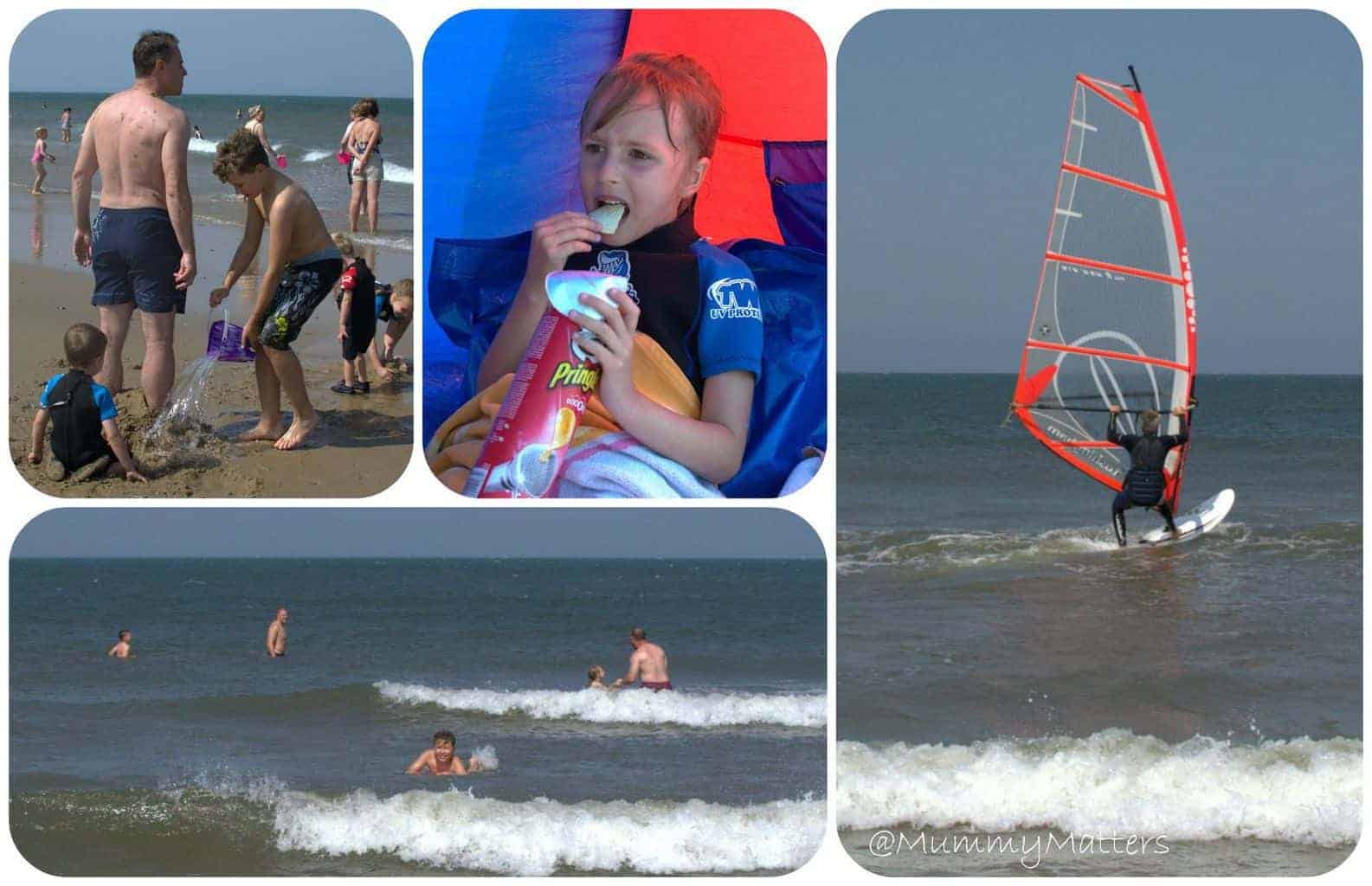 Seeing that the weather was going to be the same as our previous day, we all decided that a day at Brancaster Beach would be a good decision for day two of our second Norfolk holiday this Summer. We packed up quickly and arrived relatively early (for us). 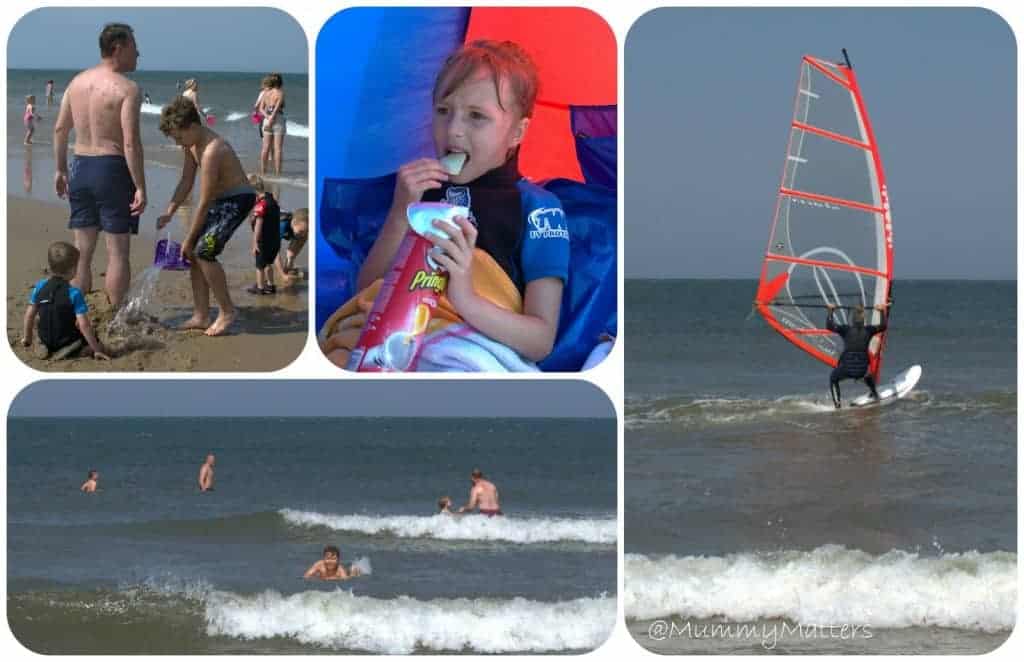 It was much windier on our second day which meant that the sea was awash with Windsurfers which was fun to watch but you really had to keep an eye on them as two in particular would surf right up to the beach at speed, narrowly avoiding people in the water. 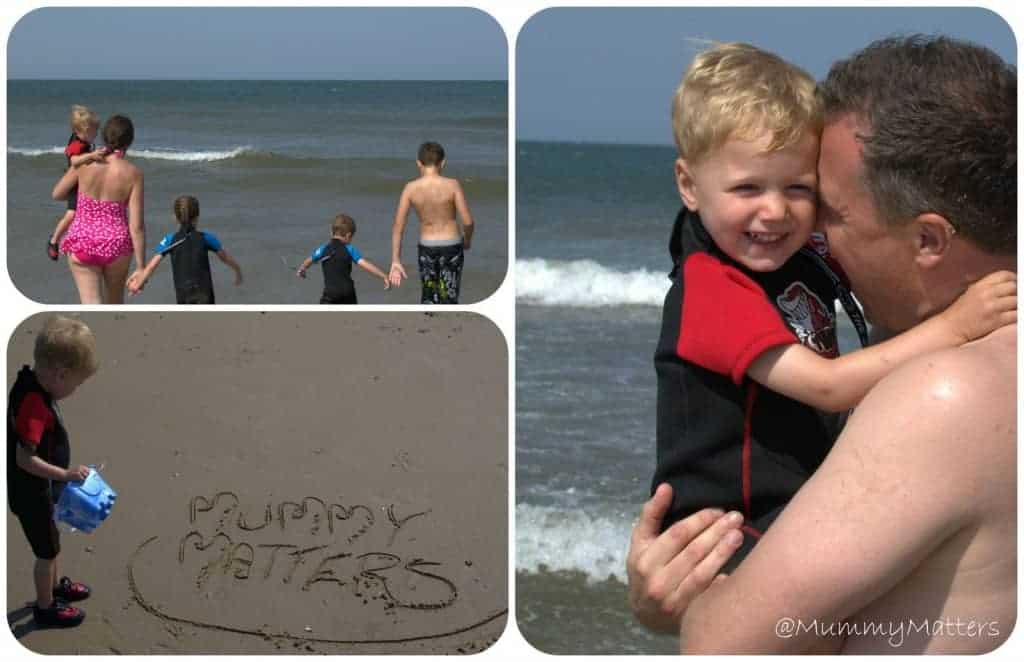 Jelly Bean isn’t keen on the water yet but he had a blast if Hubby or I carried him out to the water and bent him down to catch the spray as it hit us. Great fun for him, flipping cold for us! Hence the screaming face on me below as the sea had managed to splash right up the back of my legs!!! 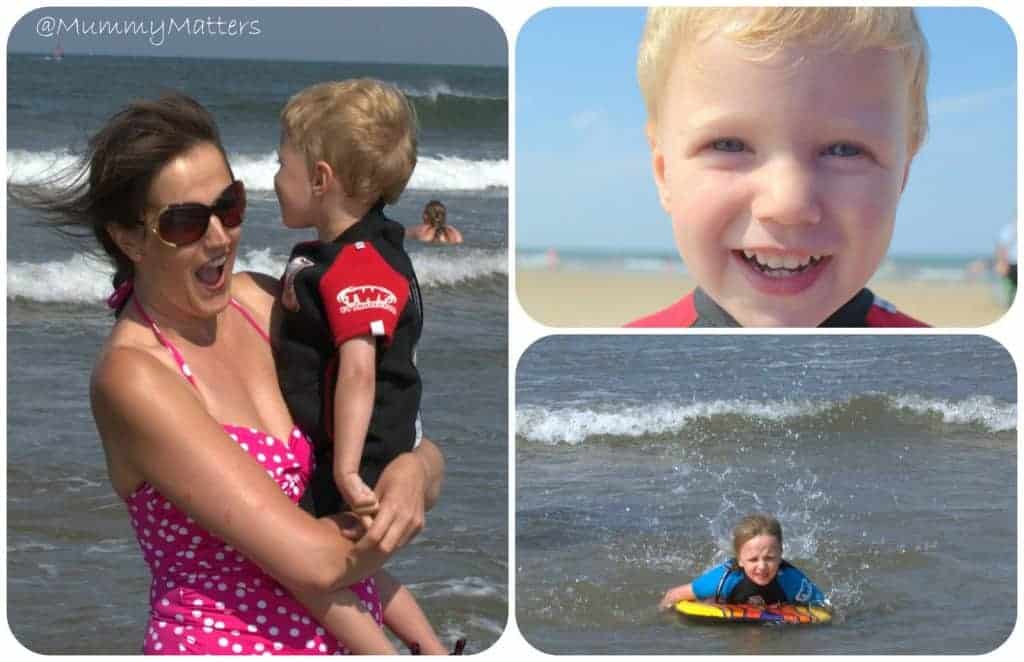 Little Bean is very much our water baby, she and Curly would have stayed out in the water all day given half a chance (although she did have to stop every now and then to warm up in a towel in the beach shelter and refuel on food). 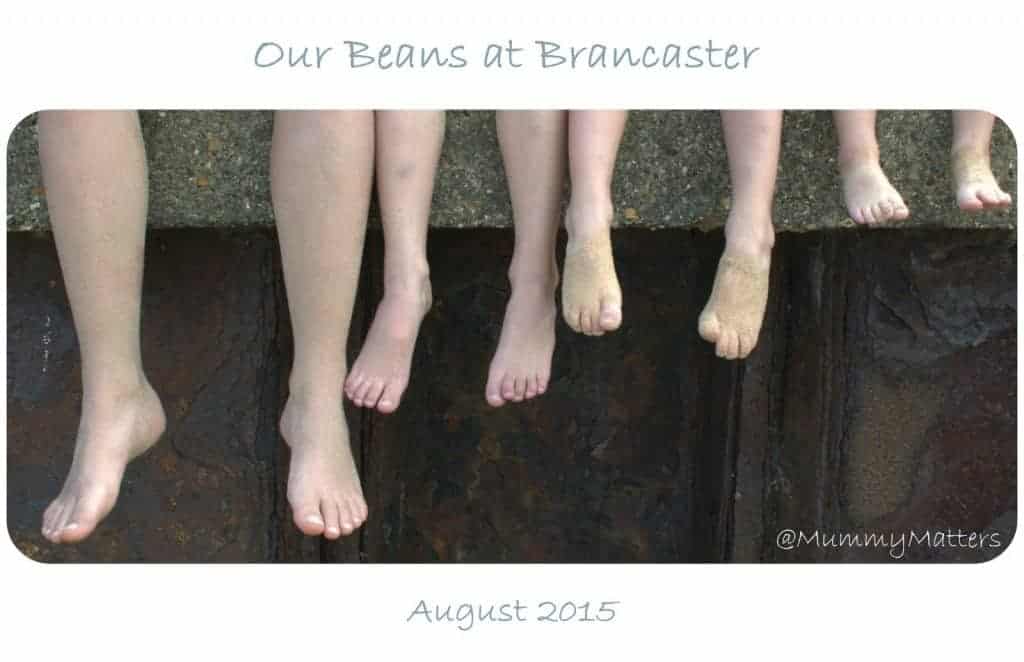 Eventually the wind made us pack up slightly earlier than our previous day, Jelly Bean became cold and very tired so we decided to take the Beans for a ride in the car to catch some Zzz’s and recharge their batteries.