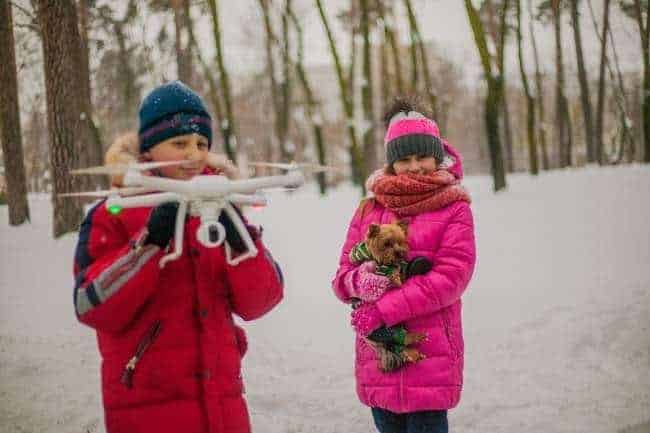 There is a good chance that your little one would love to have a drone. Don’t worry, there are great drones for children of almost any age!

Drones were extremely high tech a decade ago. There weren’t many that would make good toys. Today, that has changed. While there are expensive drones that have advanced features, many companies make smaller drones that are aimed at kids.

Getting your child a drone they will probably love playing with isn’t just about having fun.

Drones can help to inspire children to learn about STEM subjects, which could help them later on in life. Before you decide on a specific model of a drone to buy your child, there are some important things to consider.

Contents hide
1 Know Your Local Drone Laws!
2 Drones for Kids – The Necessary Safety Equipment
3 What is Your Drone Budget?
4 Keep The Drone Where You Can See It

It might seem funny, but there are lots of laws that apply to fly objects. In some areas, drones are banned outright in outdoor spaces, but you could still fly one inside of your house or apartment (I promise, drones can be super small).

Before you let your eager son or daughter take to the skies in their new drone, make sure to know where your young pilot stands with the law. The local police would probably be happy to answer any questions you may have.

There are also resources online for most major metro areas, as well as drone forums that are packed with enthusiasts.

Visions of safety goggles and helmets might spring to mind when drone safety equipment for children is mentioned, but there are features that are built into drones that are important to look for as well.

The top and bottom of the drone’s props will still be open, but there isn’t much we can do about that!

What is Your Drone Budget?

If your child has never flown a drone before it would be a good idea to start with an inexpensive drone. There are some great drones for kids available at very affordable prices today. Even if they aren’t young anymore, there is an art to learning how to pilot a drone.

A collision avoidance system can help to make the drone last longer, but there is no replacement for piloting experience.

There are many drones that cost less than $100 and will allow your child to learn how to fly. Once they get some experience, you can always upgrade, and sell the starter drone on the used market.

Keep The Drone Where You Can See It

The last thing to keep in mind is that you have to keep your drone in view. Most of the entry-level drones don’t offer any sort of video system. No video or GPS system means that if your drone goes out of visual range, it could both do harm, and be lost forever.

Public parks or other open spaces are a good place for your young drone pilot to practice, as long as it is legal. If you have a backyard, that can also be a great place to practice flying.

Today, drones are accessible to almost anyone. Not only are they a great toy, but drones are also a door into STEM subjects, and a potential carrier path. Remember to do a little bit of research and planning, and your child’s new drone is sure to deliver loads of great fun!