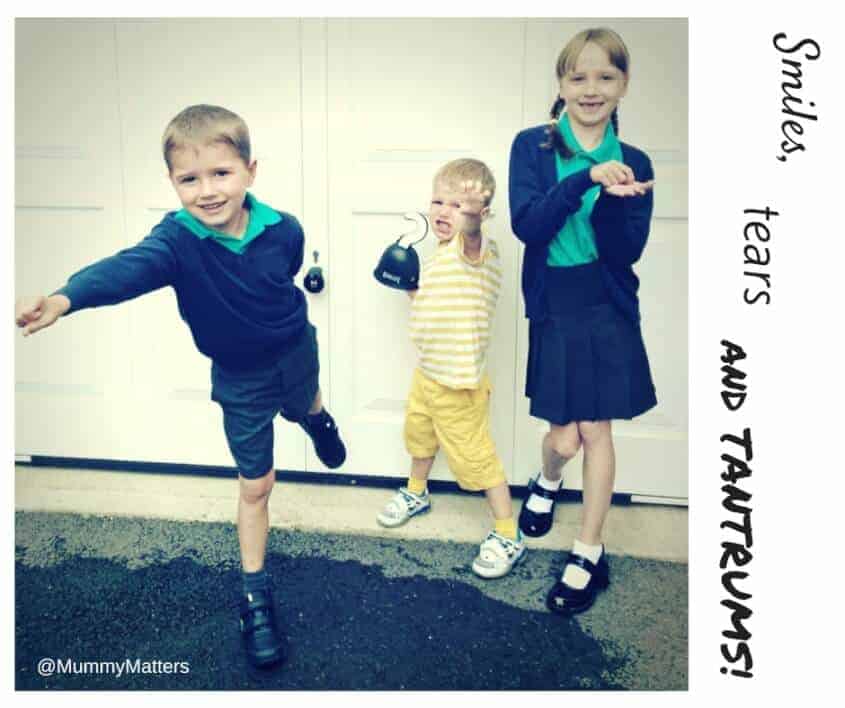 School mornings: how do you take the stress out of them?

If you have landed on this post hoping to find answers then I’m afraid you have come to the wrong place . . . unless by some miracle I receive a plethora of great responses providing the answers I long for. Nope, this post is where I tell you how school mornings drive me mad!

Contents hide
1 Typical school morning
2 The TV/screens ban
3 Responsibility
4 Chaos
5 Nagging? Me??
6 Preschooler preferences
7 Snack stress and everything else!
8 Attempts to pull it back on track
9 Is it just me????

I tend to work late into the night so Hubby very kindly gets up with the Beans anywhere between 6-6.30am. He gives them breakfast and makes their pack-ups and then sends them upstairs to get themselves ready for school. Up until a few weeks ago they would have a list of ‘jobs’ they needed to complete (see below) before they were allowed to switch on TV’s, tablets or games but now I have banned screens completely because they were not doing their jobs and so it was making us late. 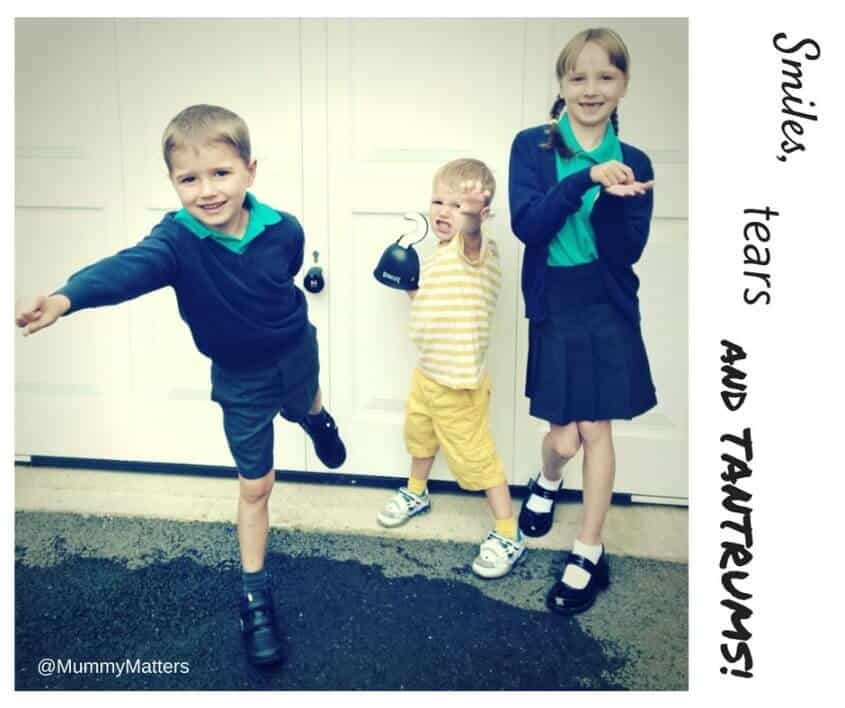 The change in them without TV is that they are playing together more and actually playing with their toys more so I’m pleased that I made that decision but they are rather like hyperactive baboons running riot around the house. They play nicely for five minutes until someone hits/kicks/pushes someone in a fit of over-exuberant excitement and then the screaming, crying and retaliation begins. I generally end up having to don my referees hat and whistle and break up said fight and try to restore calm.

Little Bean generally gets all of her jobs done and then goes out to open up the rabbits, give them fresh water and their breakfast. Oh how I appreciate that and I’m so proud of how she has adopted this job for herself, I think the decision to get them to give her a focus has been a great idea. She does love to care for them.

The boys tend to find every toy/book/dress up item they can and deposit them around the house or play hide and seek, tipping over furniture, pulling curtains and messing up beds that have just been made.

I ask them time and time again; Did you have a wash? Have you brushed your teeth? Brushed your hair? Made your bed? Got your bags/shoes/coat ready to go? Is your bedroom tidy? Is the playroom tidy? Sometimes I get a mumbled ‘yes’ others I get an exasperated one.

I call for all of the Beans to be downstairs with shoes and coats on at 8.30am every morning and then further battles begin. Depending on Jelly Bean’s mood he will either want only Mummy to put his shoes on or only Little Bean or only Beanie Boy, but that depends on the way the wind is blowing. If the wrong person attempts to put on the shoes then he throws a hissy fit.

Snack stress and everything else!

Beanie Boy will get downstairs and start complaining about what snack he has for school that day. It could be the exact snack he has asked for on the previous 4 days but on that particular day it’s the wrong one and then he starts crying when you tell him to suck it up because there isn’t time to find anything else.

Little Bean will mostly go outside and see the bunnies as soon as she is ready but then will shout at the boys to “get back inside” should they attempt to go out too which usually erupts into another argument.

I ask them nearly every morning “why does our day have to start like this? Why can’t we all just be friends and not have the screaming and shouting” but they all just look to their feet.

Attempts to pull it back on track

I see so many people posting happy smiley photos of their #schoolrunfun and always ask myself “how do they do that?”. I mean, for one, how do they have the time to do it and two, how do they manage to get out of the house with everyone smiling. The picture above was the last one I took on the first day back to school in September. It hasn’t been the same since?! We generally drive to school either in silence or in tears (them and me) and very occasionally I manage to get a happy song on the stereo to try to lift people’s spirits but even that can cause as argument because two of them love it and one of them hates it???

Before they get out of the car, I tell them the same thing every day – Have a good day, remember that I love you and that nobody else is better than you and you are not better than anyone else. Be kind, be respect and have lots and lots of fun! I wave them off into their classrooms and then I come home feeling a little deflated and rack my brains on how to have a better morning tomorrow.