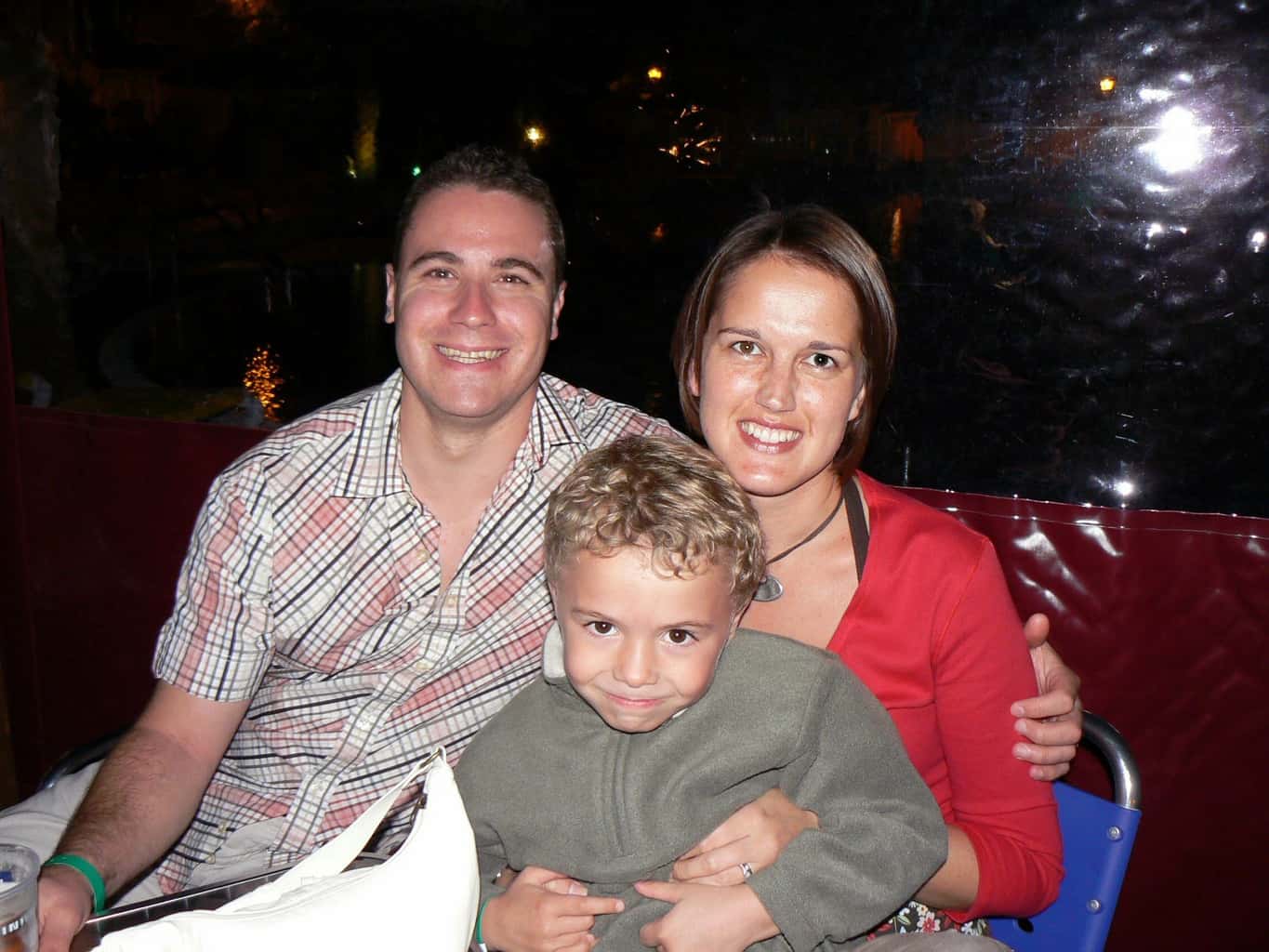 Just to bring any new readers up to speed with my family situation, I have a (nearly) 9-year-old step-son Curly, a 2-year-old daughter Little Bean and our next baby boy is due in September.

On the whole Curly and Little Bean get on quite well, she worships the ground that he walks on and he loves her 75% of the time and finds her annoying the other 25% of the time. Curly actually told a friend of mine last week that he hopes his new baby brother will be more fun than Little Bean because she gets on his nerves!!! Something me and Hubby weren’t really very happy to hear! 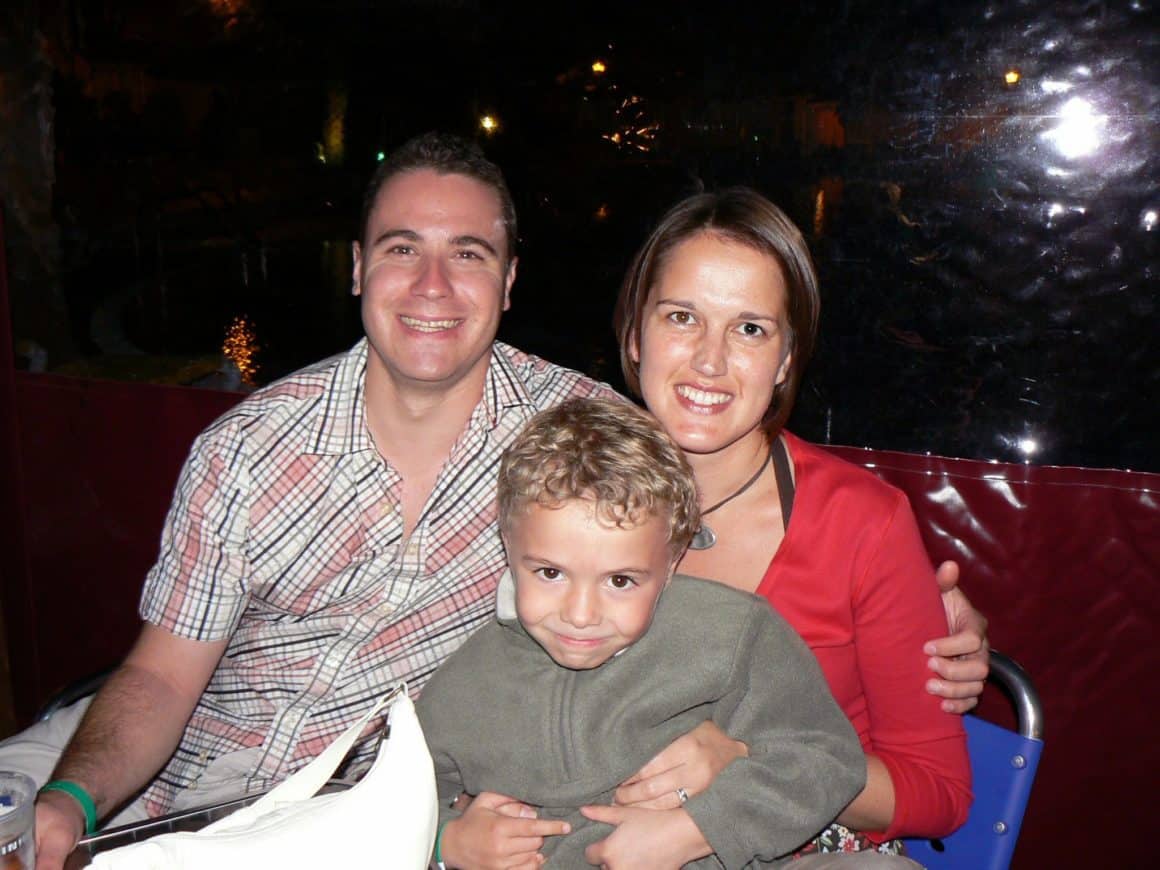 Little Bean now knows when to expect her big brother to be coming to stay and gets very excitable. Once he is in the house, no-one else will do – it has to be big Bro or no-one!

Now that the school holidays are upon us, Curly is spending an extra 2 days per week with me and Little Bean. Last week the first day went really well from Curly’s point of view, he was an angel whereas Little Bean was basically a little sod!
But over the weekend, the two of them have driven me and Hubby to distraction with their behaviours and attitude. We put them both to bed half an hour early last night because we had just reached our wits end!

On Saturday we took Curly to see Karate Kid whilst Little Bean had a sleepover at Nanna’s. It was nice to spend some time just with Curly as we often feel like he gets pushed back a bit because of how much we still have to do for Little Bean. It was a late night, not getting home until nearly 10 pm so we knew we would be in for a fun day with him on Sunday. He still woke up at 7 am and then remained grumpy and sulky for the rest of the day. 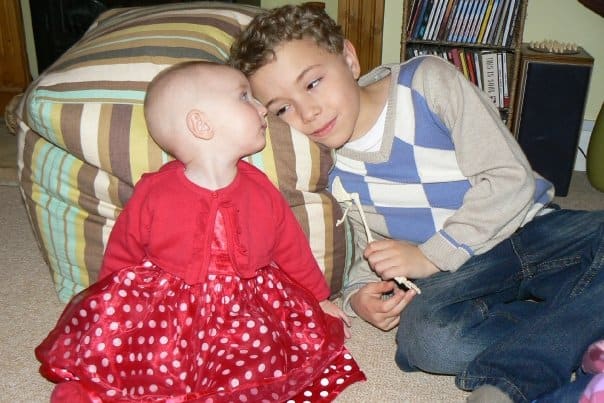 But the problems began the minute we brought Little Bean home. Curly keeps claiming that Little Bean is hitting him with her hand, toys, teddies or anything which is close at hand. To begin with we asked her if she had hit him and she’s a pretty honest little girl when she has done something wrong. She said that she had hit him, so we put her on the naughty step and then told her to say sorry to Curly – which she did.
This carried on for the rest of the day but sometimes she would say that she hadn’t hit him and so we didn’t know what to do. Should we punish for something which we haven’t witnessed with our own eyes? Are we encouraging Curly to be a “tell-tale”? We told him that we will only punish her when we see it happen ourselves and that the rest of the time he should just be firm with her and tell her “no hitting”. But is this right? Should we be encouraging him to discipline his little sister? We really don’t know how to tackle this situation at all?

To give you a bit of background on Curly, we used to have a small dog and Curly used to tell similar tales on the dog. Initially, we would tell the dog off, believing that Curly was telling the truth. That is until we started watching through the crack in the door to see that he was telling tales about the dog – scratching, biting etc when she was the other side of the room to him minding her own business. From then on we told him that we wouldn’t tell the dog off anymore unless we witnessed it with our own eyes. It’s starting to feel like groundhog day and we are facing the same issues again.

How do you deal with issues like this? Obviously we don’t want Little Bean to go around smacking others, which she does when she gets frustrated, and when we witness it she is reprimanded but likewise, we know that Curly has told white lies about her before and there is the history with the dog. He likes it when someone else is getting into trouble because it makes him feel better.

Trying to be ‘fair’

We find disciplining Curly very difficult indeed because he is only with us on a part-time basis and we don’t want to be constantly nagging him. We are very aware that friends and family “feel sorry” for him because they feel that he is left out or treated unfairly but honestly, we discipline Little Bean far more often than we do Curly – probably because of the age she is at. If we buy them new things; clothes, toys etc. we do it fairly and they each get the same amount of money spent on them but because of the difference in their ages/taste/sex we can often buy more for 2/3 things for Little Bean for the same price as 1 thing for Curly.
Are you part of a blended family – how do you manage discipline and people’s reactions to your family?