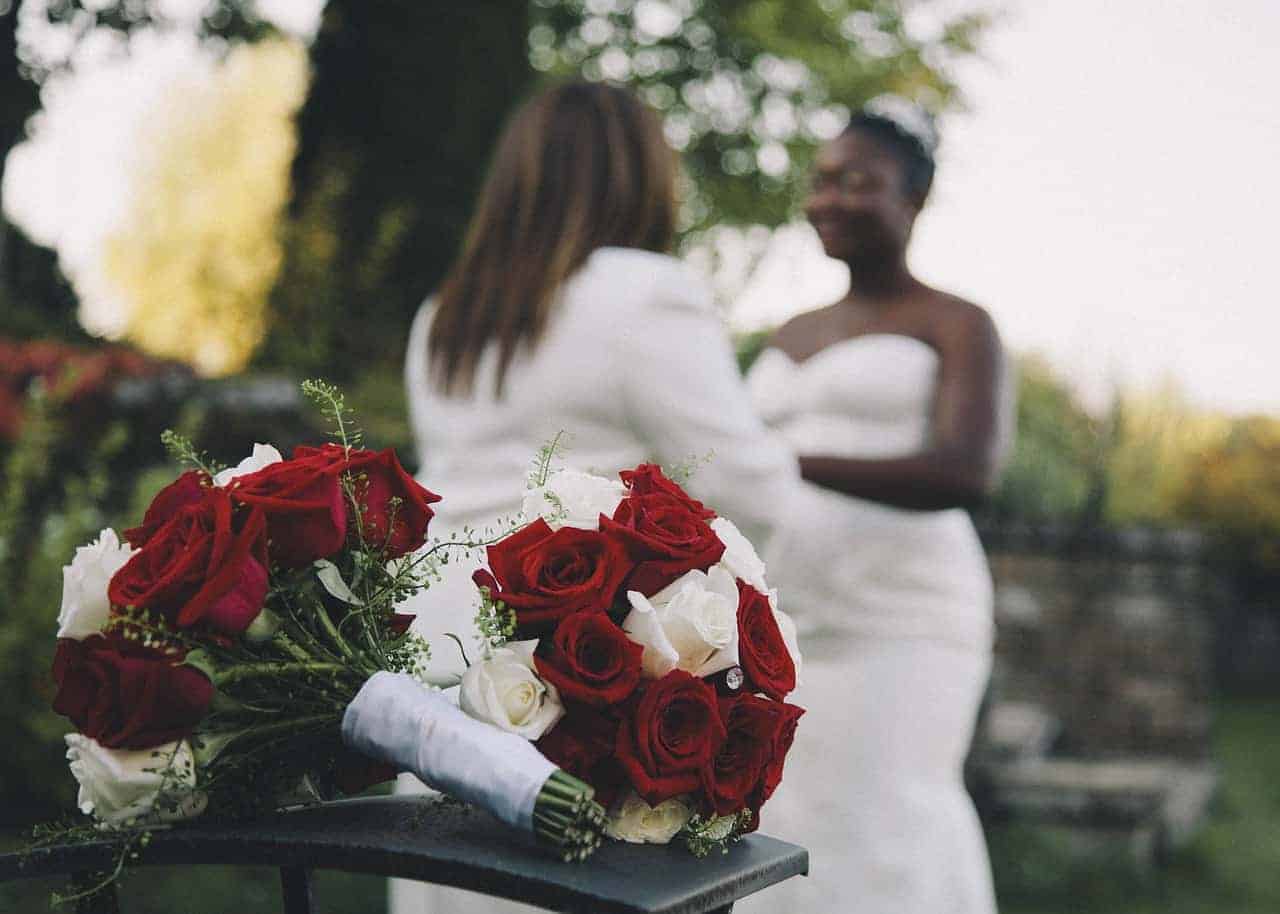 Same-sex marriages were legalised in March 2014. Since then, civil partnership formations have declined by 85% since 2013. In the first month of same-sex marriages being legal the UK, 1,049 couples wed.

Together with Angelic Diamonds, retailers of bespoke wedding bands, we look at the rise of same-sex marriages and how this has affected the jewellery industry.

Contents hide
1 The legalisation of same-sex marriages
2 Adapting the traditions
3 How has the jewellery industry changed?
4 Sources

The legalisation of same-sex marriages 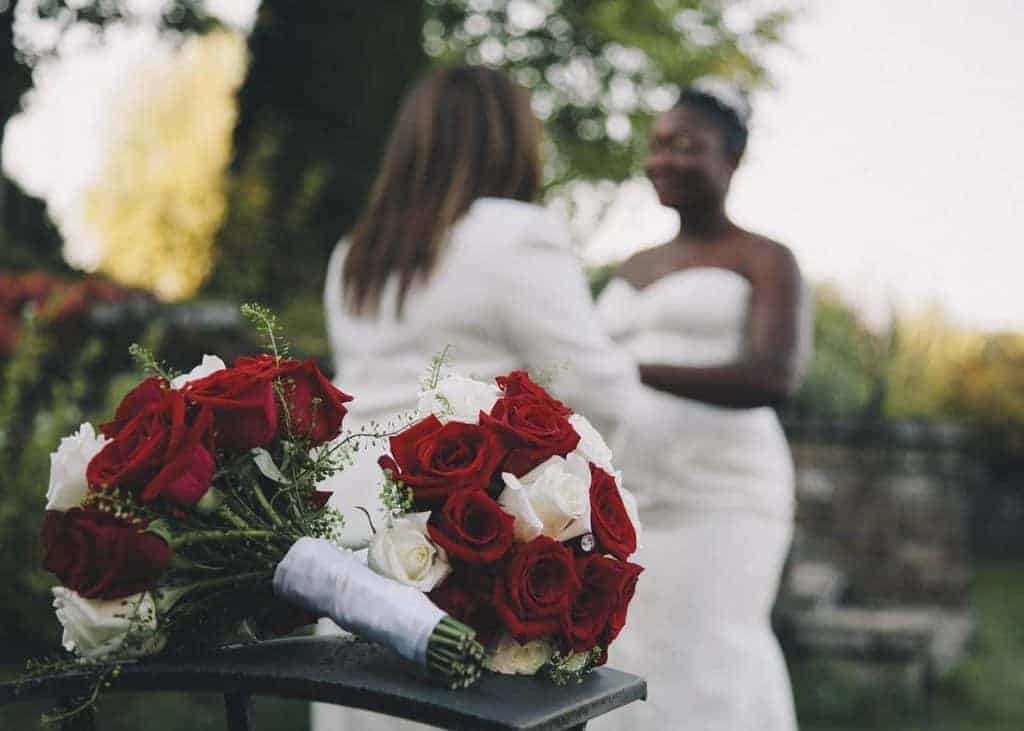 After the legalisation of same-sex marriage in England and Wales in July 2013, the first same-sex wedding took place on 29th March 2014. From this point, 15,098 couples legally married under the new legislation up to 30th June 2015 — 55% of these were between women and 45% between men. In the first month alone of legalisation, 1,409 same-sex couples celebrated their love for each other with a wedding.

It is not just the UK to legalise same-sex marriages, same-sex marriage is now legal in all states of America too. Researchers have already seen an effect of this — it was found that couples spend more on their weddings than they would on a civil partnership. Men were found to spend $15,580 more on average and women $9,116. Many wedding retailers are accommodating to the rise in same-sex marriages as well, by offering bespoke supplies such as his and his (and hers and hers) wedding toppers and signage, which you can get from tradesignshop.co.uk. It is estimated that the same-sex wedding industry is worth $51 billion (£38.8 billion).

However, some countries are more recent to same-sex marriage with the first gay wedding in Germany was very recent — in October 2017. Amongst others, Northern Ireland, Australia and Italy still haven’t legalised same-sex marriage.

The conventions of heterosexual marriage have been around for hundreds of years; the man asks for approval from the woman’s parents, he purchases an engagement ring and proposes. At the wedding, the male has his groomsmen and women have their bridesmaids.

The research found that 81% of gay men didn’t participate in the engagement ring buying. Instead, they purchased substitute gifts, such as expensive watches, and then purchased rings for the wedding ceremony.

As opposed to stag and hen dos, studies showed that gay couples also chose to enjoy a couple’s getaway or group vacation with all of their friends.

It appears as though same-sex couples have mixed-sex bridesmaids and groomsmen too. During the ceremony, the traditional vows cannot be written as they specify becoming ‘husband and wife’. Instead, the partners often write their own personal vows and the registrar marry the couple with the phrase ‘partners for life’.

There are some traditions that are still followed, however. For example, more than half of all women surveyed said that they did not see each other on the morning of their ceremony — keeping the surprise for seeing each other at the altar.

When walking down the aisle was discussed, some couples reported that they walked down together and others said that they got a parent to walk with them.

How has the jewellery industry changed? 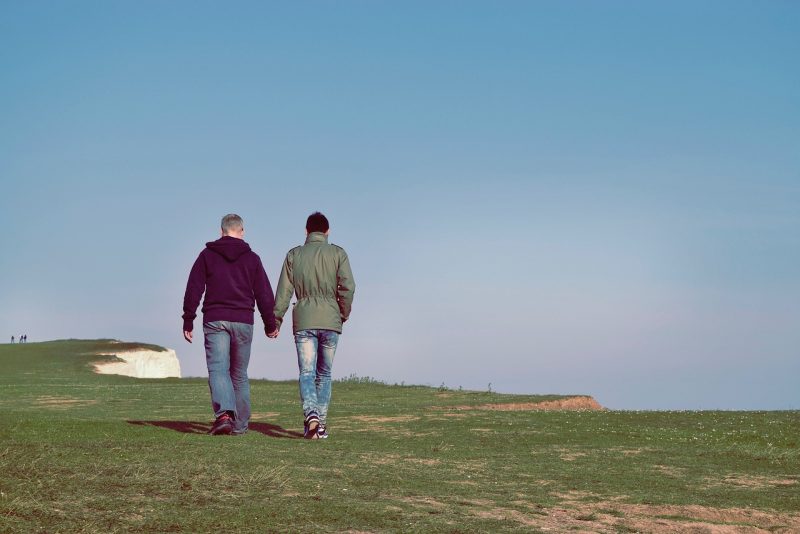 Once more, as well as wedding retailers adapting to the rise in same-sex weddings, the jewellery industry must do the same. One thing that was picked up by research was that many gay couples chose to do their shopping online, as they found shopping in-store for rings to be an awkward encounter. However, many businesses have embraced the changes by presenting gay couples in their advertising campaigns and welcoming couples to their store.

A large difference between heterosexual marriages is that most same-sex couples wait to buy a ring for the wedding day rather than spending money on engagement rings though (66% of females and 19% of males purchased engagement rings).

Though, when it comes to choosing the wedding ring, some jewellers offer metal that has multi-coloured features to it — representative of the flag that the LGBTQ community associate themselves with. One jeweller reported that often same-sex couples don’t request matching jewellery but instead want rings that have matching components, such as the same coloured metal or similar stone.