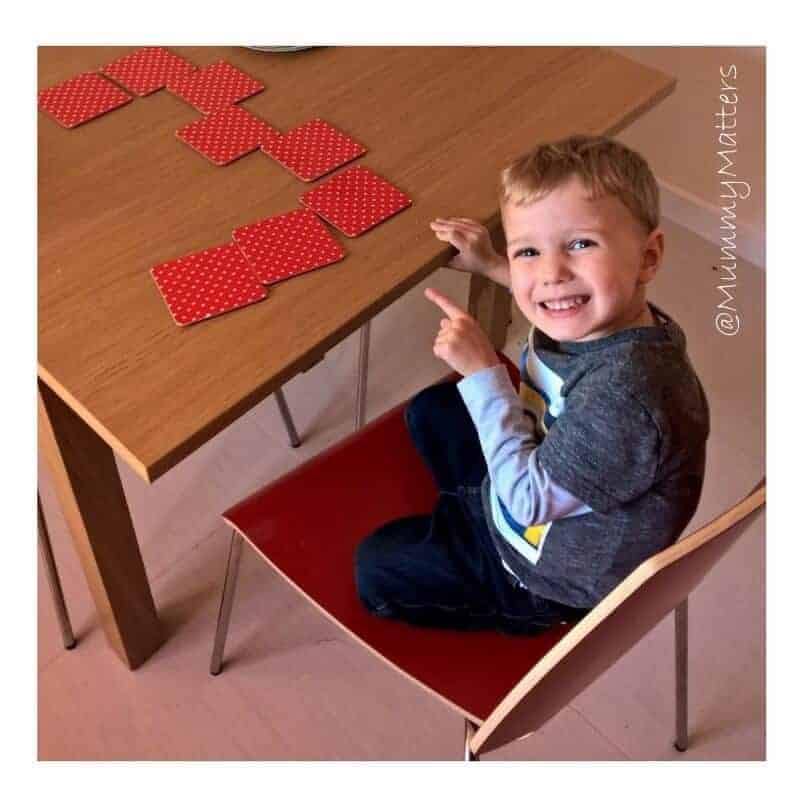 It’s been a while since I have updated the blog about the battle with Jelly Bean’s #problemswithpoop but I can assure you, the battle is far from over.

Over the Summer holidays I decided to potty train Jelly Bean in the hopes that it might right itself, I have told you previously that his potty training actually went really well. Despite a few odd little hiccups over the first few days, he was mostly dry within a week and that followed for most nights too. For pretty much the whole of the Summer holidays he wore ‘big boy briefs’ and was very happy to be able to wear pants like his big brother Beanie Boy.

The too scared to poop issue didn’t go away as I had hoped and he was no nearer to doing his ‘number twos’ on the potty or toilet. We had the odd days where he was feeling good and confident so he would sit on the potty and if a poop happened to come out then that was great and he was rewarded with whoops, cheers, big kisses, dancing and the occasional toy but it wasn’t happening every day and for at least one week each month he would decided to hold it all in again and the nightmare would start afresh.

In September he started at his new preschool and was very excited about going. He was looking forward to being at the same ‘school’ as his older siblings and even saw Beanie Boy on a couple of occasions. I made sure that the setting were fully aware of his issues of being too scared to poop and they were brilliant with him. I explained that he was afraid of going on a toilet but would happily sit on a potty. The first night I picked him up he excitedly ran out to tell me “Mummy they have little toilets”. Apparently he had been so excited at the sight of their little toilets that he spent most of his first day in there, helping others when they ‘needed to go’. Perhaps this would be the breakthrough I was hoping for at last?

The weeks went by and we seemed to fall into a happy routine of using the potty/toilet without any issue but again the poops would be held every now and then. Then one time, for no reason that we could fathom out, he managed to hold it for almost two weeks. I was going out of my mind with the stress of it all again and took him to the GP who again did nothing. In the back of the cupboard I remembered I still had some of his Movicol which he used to take before being put onto the stronger stuff. I had heard that my combining the medicine’s it was possible to have a better outcome so I researched whether it was safe to do so and indeed it was. I started by giving him two movicol a day on top of the full dosage of his other medicines Docusate and Pico Sulphate. It took a few days but eventually he let it all go.

During this time, his eating habits changed dramatically and he began to refuse most foods that he had been happy to eat previously,  virtually no fruit, no vegatables, no wholewheat pasta, not even chips. He basically just eats carbs – pizza, doughballs, toast, a little bit of cheese and some milk – that’s about the sum total of his diet at the moment.

Things with his bowel movements seem to be ok again for a couple of weeks and then he caught Norovirus. He was sick 4-5 times throughout the night last Friday but on Saturday morning appeared to be perfectly ok,  Over the next couple of days he began pooping 6, 7, 8 times a day, just mess, I guess is the only way to describe it. It didn’t look like encopresis as he has had many times when he has been holding it in, it had more consistency to it but as the week has gone on his tummy has got bigger and bigger and bigger. He will start the morning with a lovely soft, squidgy tummy but as the days progresses his tummy gets bigger and harder like a football. His pain increases and his temper flares. I took him to see a different GP and thankfully she took things a little more seriously, she faxed his Consultant and asked for his appointment in December to be brought forward.

For the past two weeks we have had to have him constantly wearing Pull-Up Pants because he keeps messing himself but sadly that has made him go backwards with his potty training too as he decided it was far easier to wee in his pants too rather than go to the potty.

A plan of action

This morning Hubby and I took Jelly Bean to see his Consultant who said that he was perplexed by his tummy and the amount of gas which appears to build up and by the way he will be fine for a few weeks only for him to start holding it again weeks later even though we make no changes with his medicine. He is now referring him for a camera to be passed through his bowels to check that there are no crimps or blockages so hopefully we might start to get some answers soon. 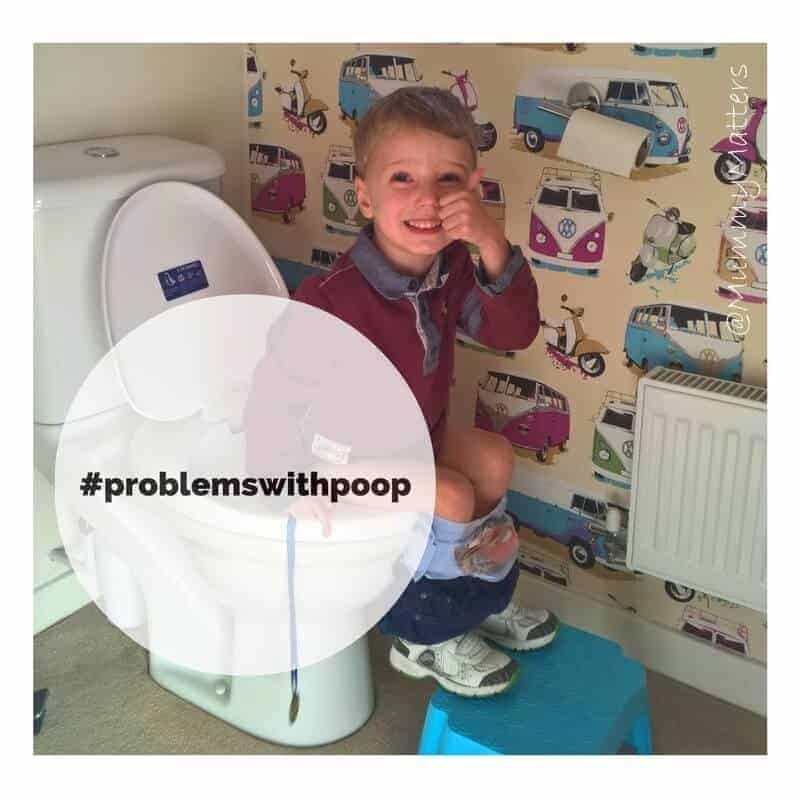 More common than you think!

The one thing we have found since this journey began is just how common this problem is. There have been a number of people contact me to say that their children are going through the same thing or have been through the same thing. I probably speak to a new person each week with a tale of how their child or a child they knew used to do it. Let’s just hope that like them, Jelly Bean will grow out of it before he starts school in September.

I have had one mini-breakthrough at home this morning. I purchased a ‘family toilet’ seat for our downstairs bathroom in the hope that rather than the seats which just rest on the normal toilet seat, he might be less scared of falling. It worked!! With the help of his little stool to get on and off, he has used the toilet 4 times this morning AND even tried to do a poop once, before declaring that it hurt so he didn’t want to do it. Baby steps and all that . . .

For anyone going through similar issues I have found a couple of books which have been of comfort;

It Hurts When I Poop

And this video Poo Goes to Pooland