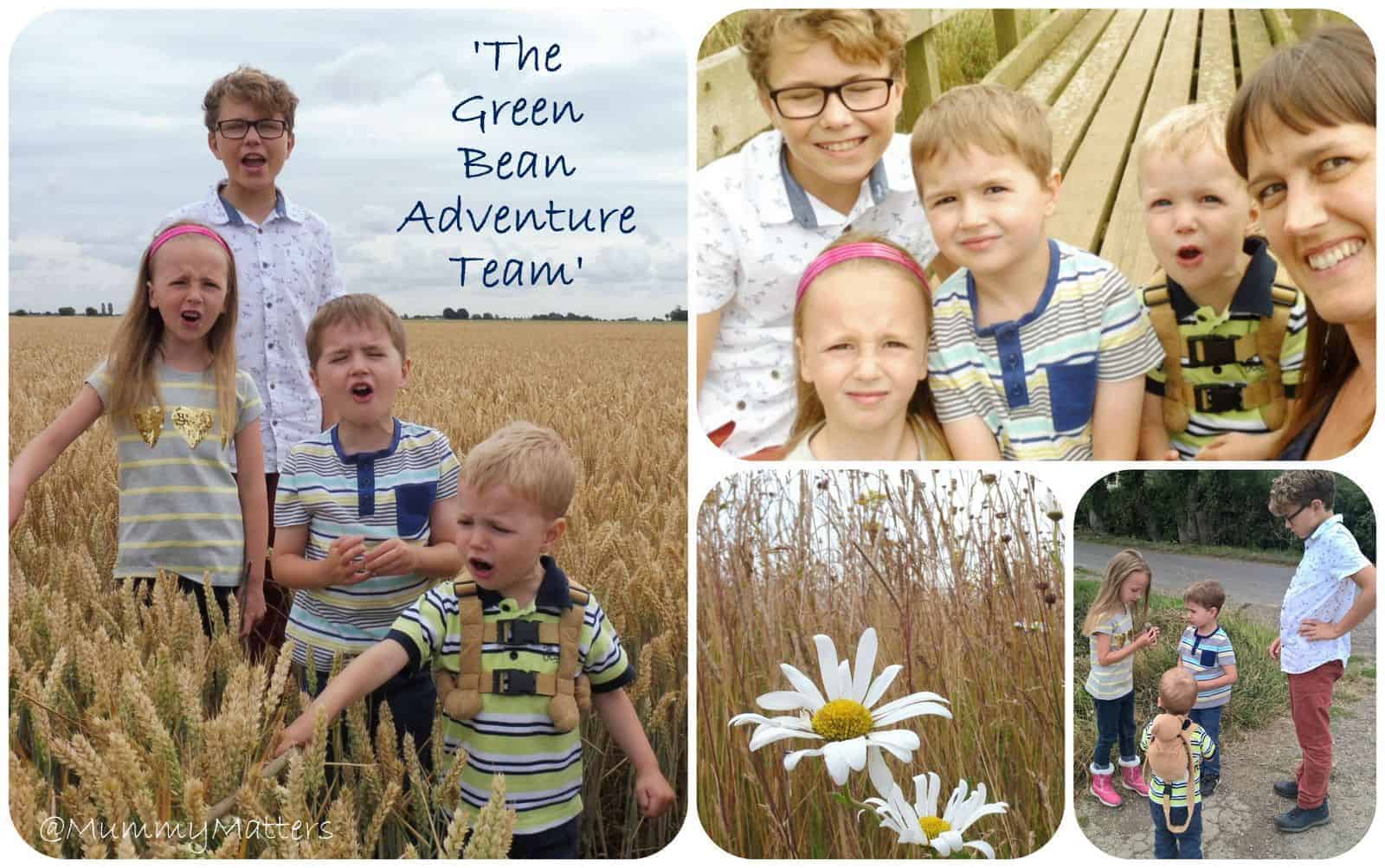 Our Summer holidays officially began on Wednesday at approximately 3.15pm when I collected the Beans from school. The plan had been to head to the local beer garden with a bunch of Mums from our year group but unfortunately the rain put paid to that idea so I cultivated a new plan to celebrate the start of our Summer. 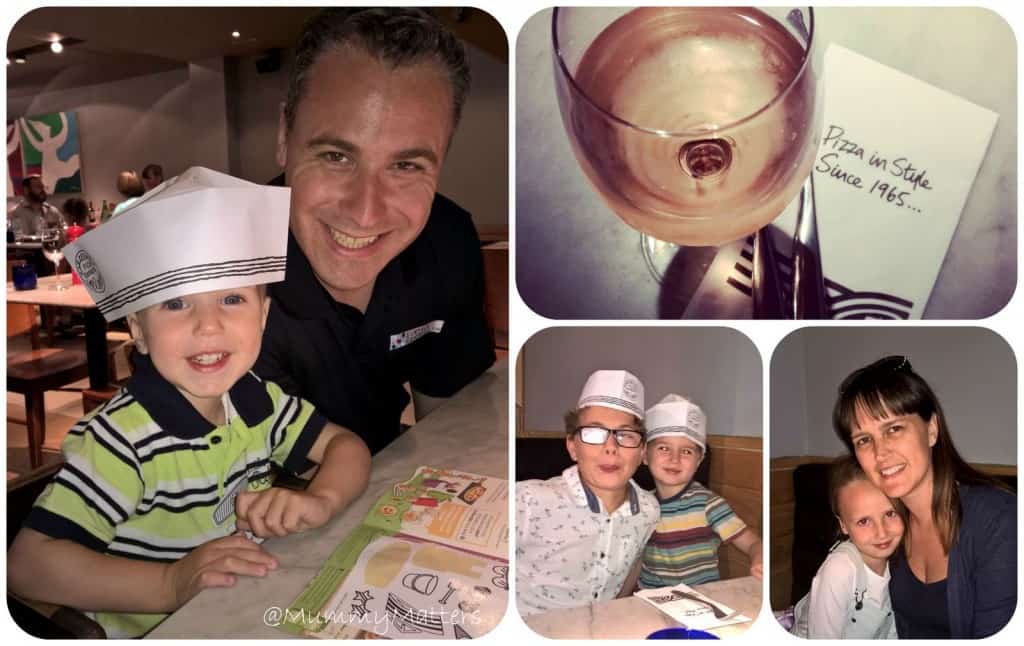 A quick email to Daddy and a quick phone call to Pizza Express and the Mummy Matters family kicked off their Summer holidays with a meal at the Beans’ favourite restaurant. I’m so pleased I thought of this as everyone was in good spirits, the Beans ate up everything that was placed before them and I treated myself with an extremely delicious dessert. I did wonder if I was tempting fate a little allowing the Beans to stay up past bedtime, it’s never a good combination for them as they still wake up at the same time in the morning just a much sleepier, grumpier version of themselves. 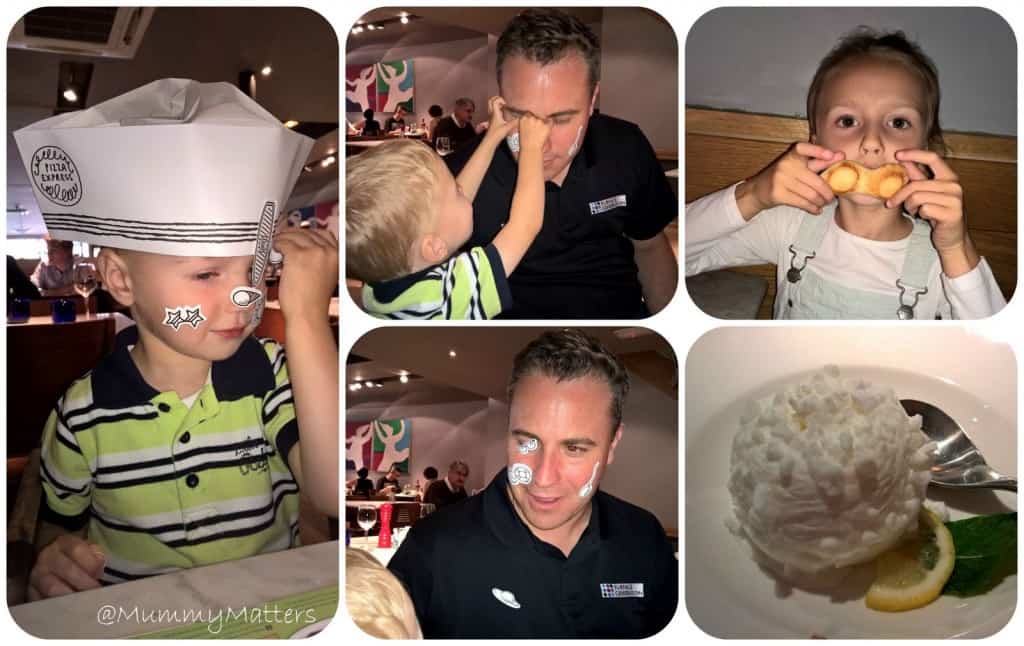 True to form, I was woken up from my sleep by the shrilling sound of Little Bean screaming at her brothers and then stomping up the stairs, this was quickly followed by shouting from the boys and at that point I knew I wasn’t dreaming. The holidays had begun and so had the arguments.

I separated the four of them to chill out for half an hour and then called them to the dining table for a ‘family meeting’. I explained that during the holidays we would try to do something which they would all enjoy but they had to compromise and realise that they might not want to do everything that the others wanted to. I also explained that I didn’t have a bottomless pit of money to pay for days out and activities so we needed to be creative with our time.

We sat down with a sheet of paper each and wrote down a list of all the activities that we wanted to do, cut them into strips and folded them up before popping them into a jar, the ‘I’m bored’ jar!! When we can’t decide on an activity to do then we will take a piece of paper from the jar and do that activity. 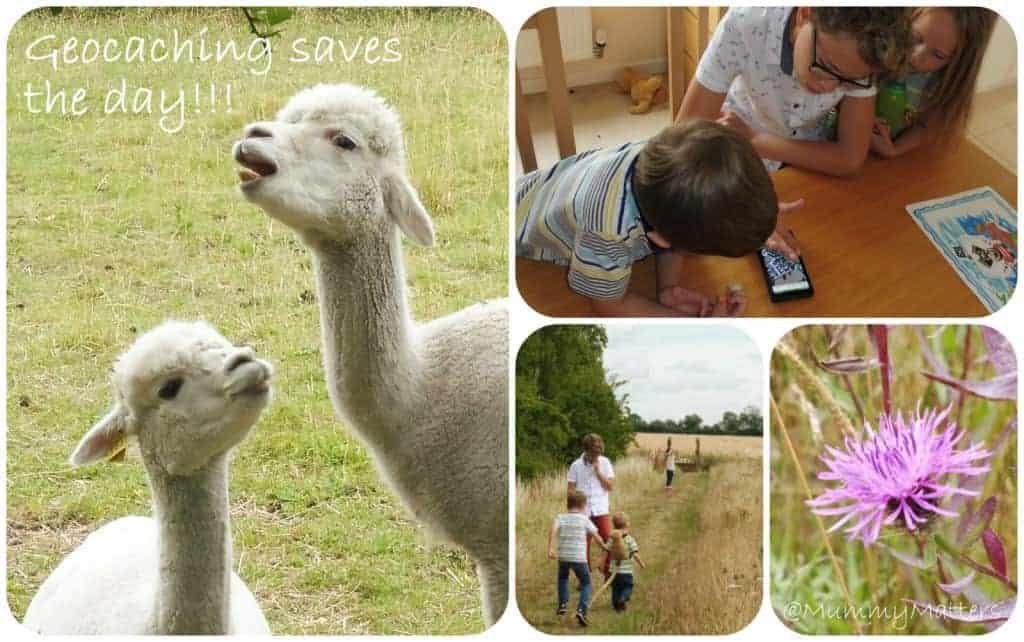 There was one activity that I explained to the Beans which piqued their interest straight away and that was Geocaching. They liked the idea so much they asked if we could do it straight away. I had already downloaded the app so it was just a case of popping some appropriate footwear on for walking through fields and then we were ready to go. Curly decided that we needed a team name and so ‘The Green Bean Adventure Team’ was born. 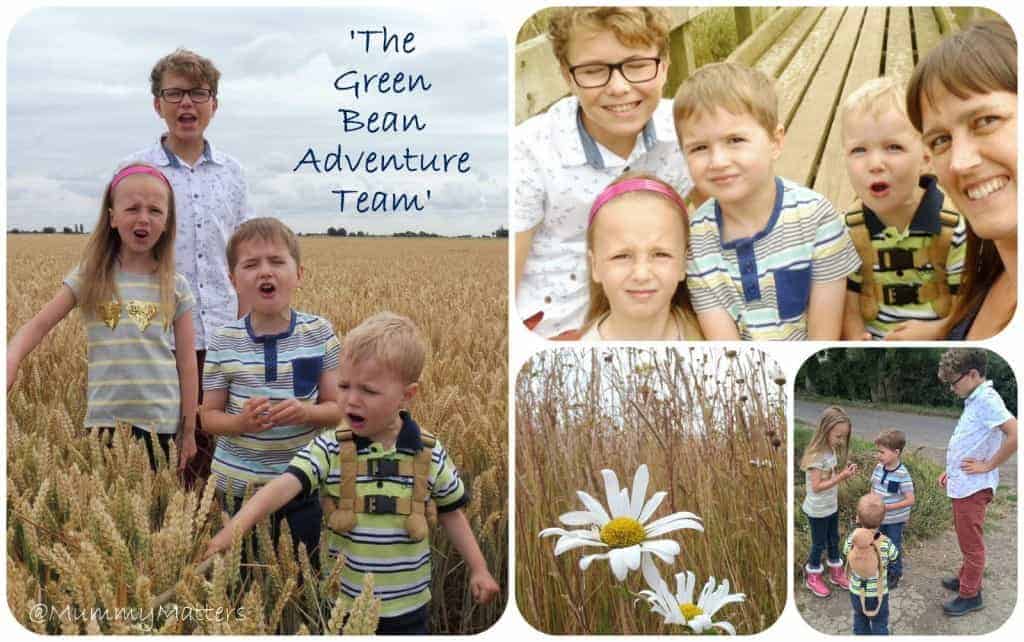 geocaching
an activity or pastime in which an item, or a container holding a number of items, is hidden at a particular location for GPS users to find by means of coordinates posted on the Internet. 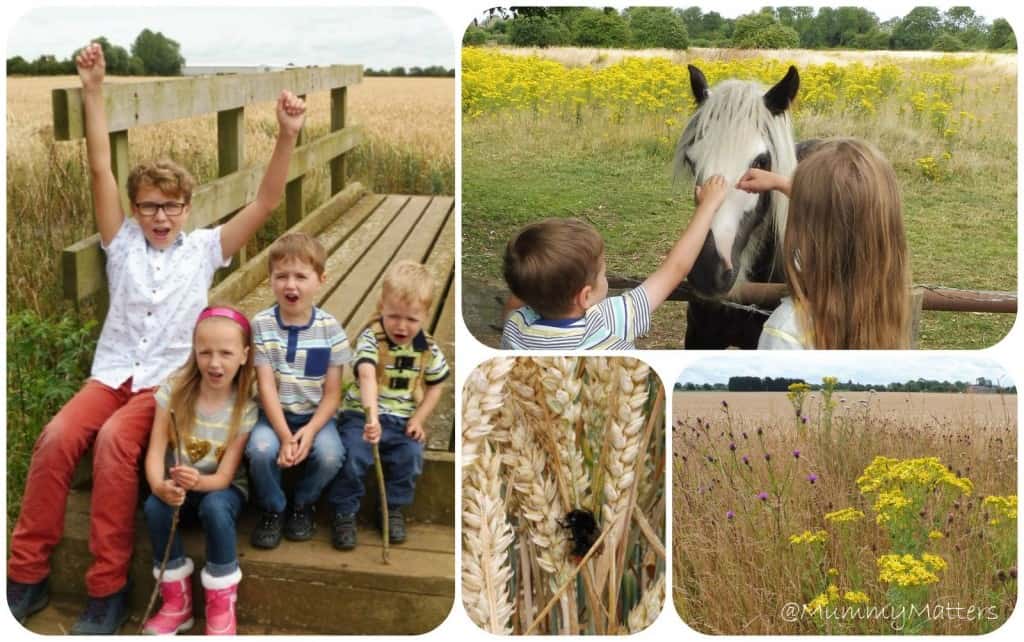 The app was free to download from the Windows Store (also available from the Apple Store and on the Android Market). We looked on the map to see how many Geocaches were located close to our house and was overwhelmed to see there were more than 15 within a reasonable walking distance. I handed over the phone to Beans and let them take the lead. 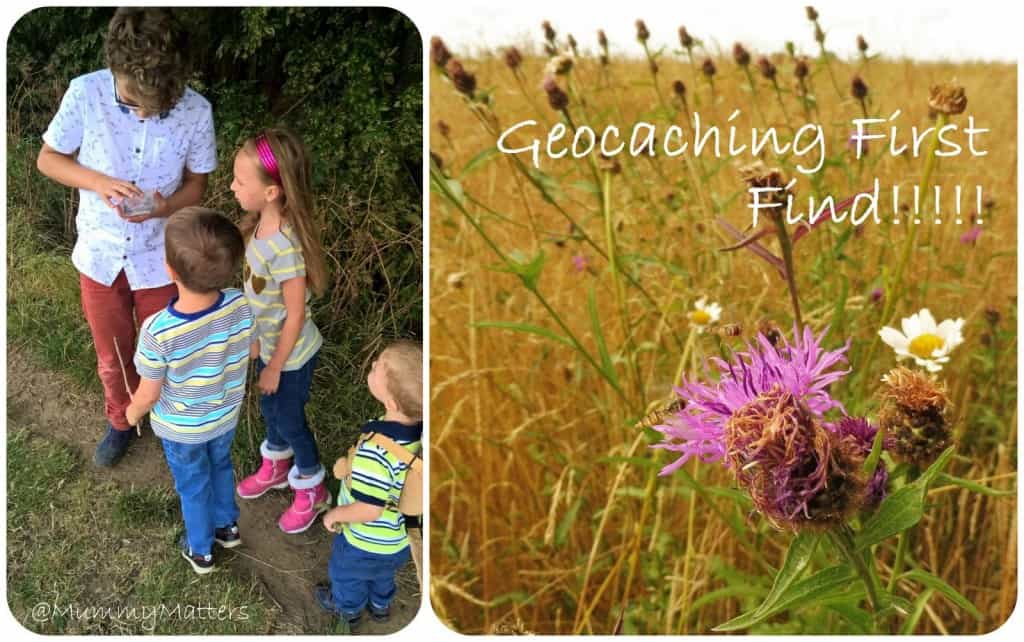 On our travels we spotted these cute Llamas and countless butterflies. When we found our first item I thought the Beans were going to explode they were so excited and it spurred them on to look for more. In the end we walked for over two hours, even Jelly Bean, and found 7 of the 9 we were searching for before calling it a day in favour of lunch and a drink. 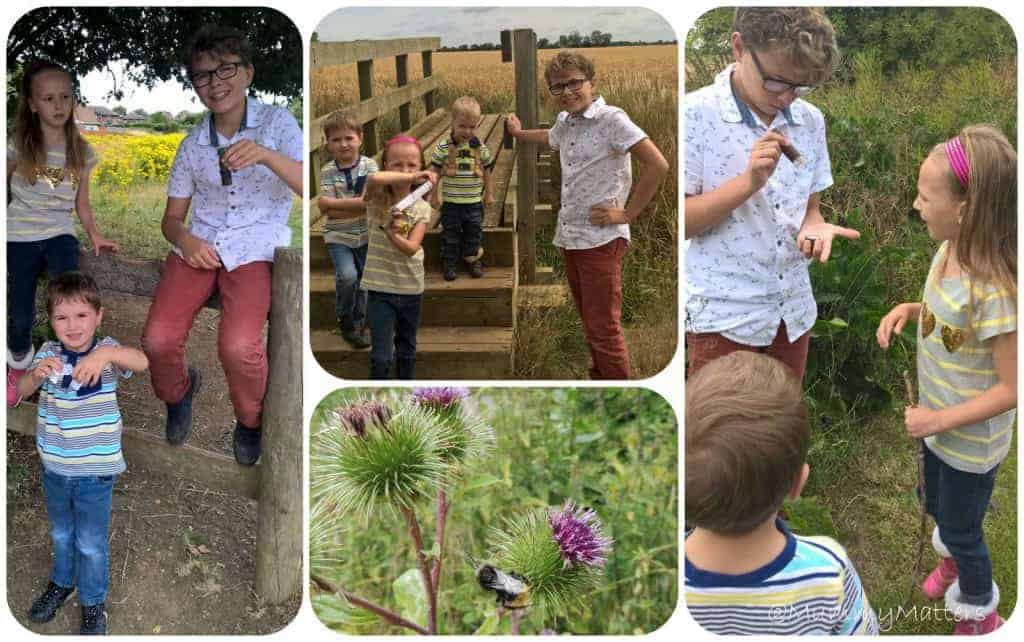 This was the perfect activity for our little family, being outdoors, walking and burning off excess energy was not only great fun but it was heartwarming to see the Beans working as a team so we shall definitely be doing this again. As we sat around the table eating our lunch, they excitedly discussed when and where we could go Geocaching again. 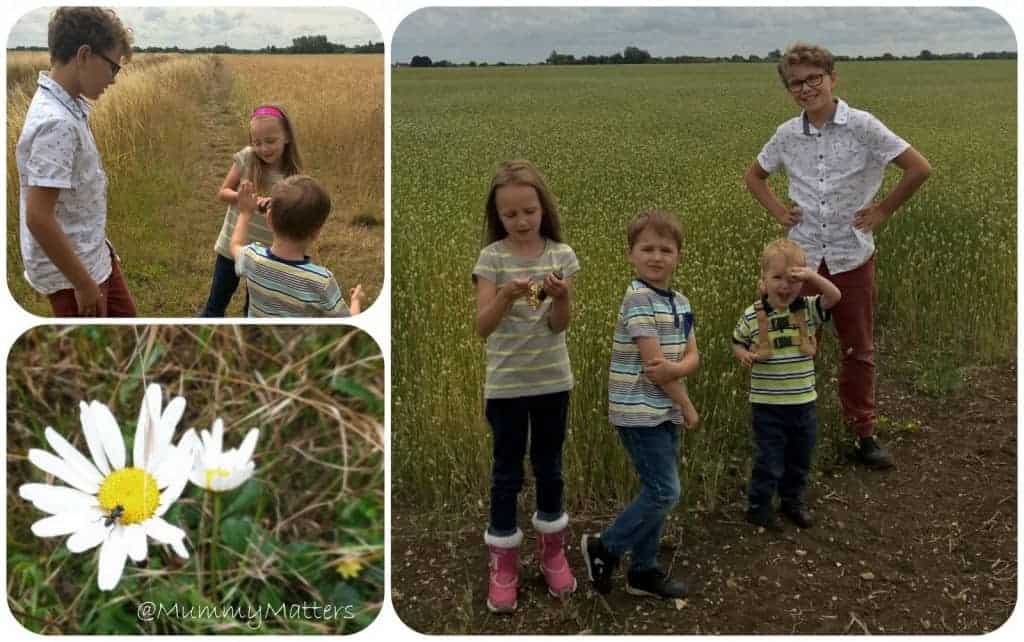 Day 1 down, only 5 weeks and 4 days to go!
How are you spending your Summer holidays?
familyfamily activitiesFamily walksgeocachingoutdoor funSchool holidayssummersummer funsummer holidays