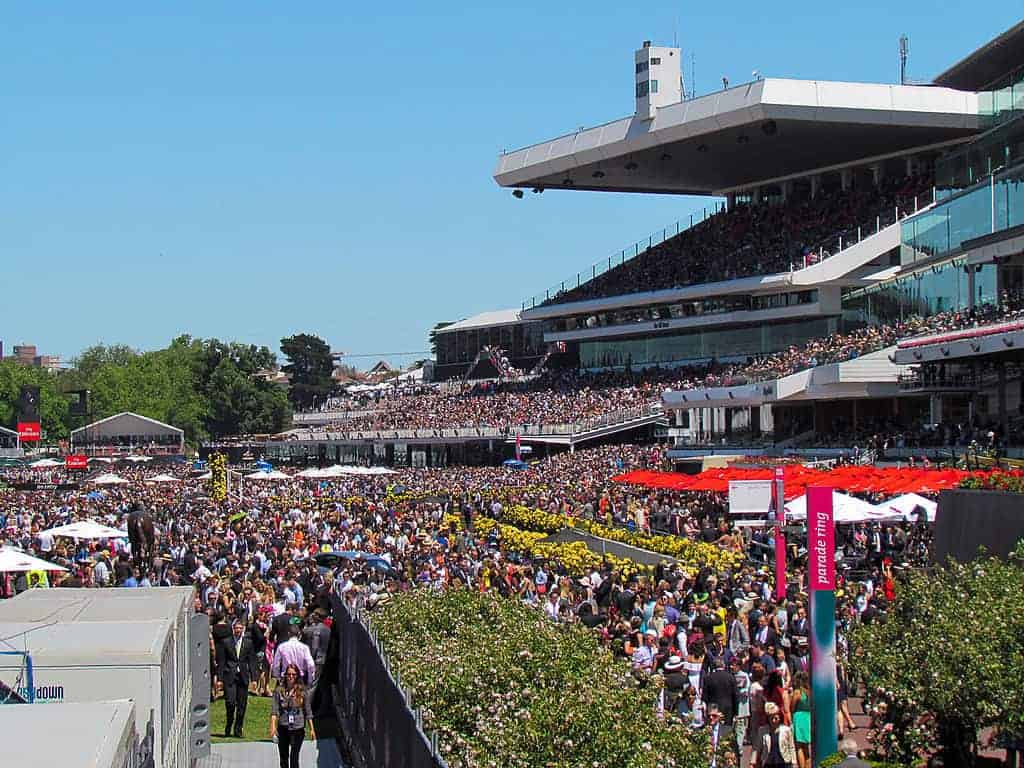 May 15 By: Sabina Green 0 Comments

Even before it was known as Flemington Racecourse, this Melbourne track was used for racing dating as far back as 1840. In this post, we’ll look at some cool trivia and facts about this world-famous race track.

Of course, it was the city of Melbourne, but not by much.

Melbourne was officially founded in 1835, and just 5 years later, the racecourse, which is now Flemington Racecourse, was constructed. That’s how keen early settlers – particularly those in Victoria – were on horse racing.

Australian thoroughbred horse racing is nearly as old as when Europeans first settled the country, and that enthusiasm and tradition of the sport has carried on into modern times.

Where Did the Race Track Get Its Name?

It’s no surprise that when the race track was first laid, it received the very unimaginative name of “Melbourne Racecourse”. No prizes for whoever came up with that name.

A Scottish landowner named James Watson owned a portion of the land the racecourse passed through. He had named this area after Flemington in Scotland, a land where his wife Elizabeth heralded from.

Even though the course was still officially the Melbourne Racecourse, people started referring to it as Flemington Racecourse, and soon that became its official title.

The VRC Bolstered the Melbourne Cup

The first running of the Melbourne Cup took place in 1861 and was won by a champion racehorse, Archer, who backed up that victory by winning the race again the next year.

However, it wasn’t all smooth sailing in the early stages of this legendary Australian horse race or Flemington Racecourse.

By the third year, 1863, no Melbourne Cup horses were entered from interstate, despite an NSW based horse winning the first two events in 1861-62. The race was now only attracting local thoroughbreds. In fact, only 7 runners showed up for the race in 1863.

At the time there were two rival racing clubs competing against one another in Victoria:

When these two clubs put aside their differences in 1864 and merged to form the Victoria Racing Club (VRC), only then did horse racing improve and the future start looking bright again for the Melbourne Cup.

This amalgamation led to Victoria unofficially becoming the racing capital of Australia and led to the Melbourne Cup becoming the worldwide phenomenon it is today.

It’s a statistic that many Australians might find hard to believe, but the Melbourne Cup isn’t the overall greatest crowd puller at Flemington Racecourse.

That honour goes to the Victoria Derby, where a record crowd spilt into Flemington during the 2006 event.

Of course, the Melbourne Cup is always a huge drawcard, and every year on the first Tuesday in November, massive crowds file through the gates to enjoy their slice of race day festivities and punting.

In its early days, even though the VRC now held the reigns for Victorian racing and was helping to establish both the Melbourne Cup race and Flemington Racecourse, the future of the race track was swept up in a cloud of uncertainty.

The land the racecourse was situated on was only being leased, and there was always the chance that the lease could be revoked at any time, effectively spelling the end for Flemington.

While the VRC wanted to perform major upgrades to the track, they were reluctant to do so until its future was a lot more secure.

In 1871 the Victorian Government stepped in and passed the “Victoria Racing Club act”. Part of this act was to entrust the land to the VRC, therefore removing the uncertainty of the land’s future and enabling the club to commence work on those major improvements.

The local government had a vested interest in the success of Victorian horse racing, so it was a strategic move on their part to guarantee thoroughbred horse racing would always be alive and well in Melbourne, and in particular at Flemington racecourse, home of so many of today’s most popular Australian horse races.