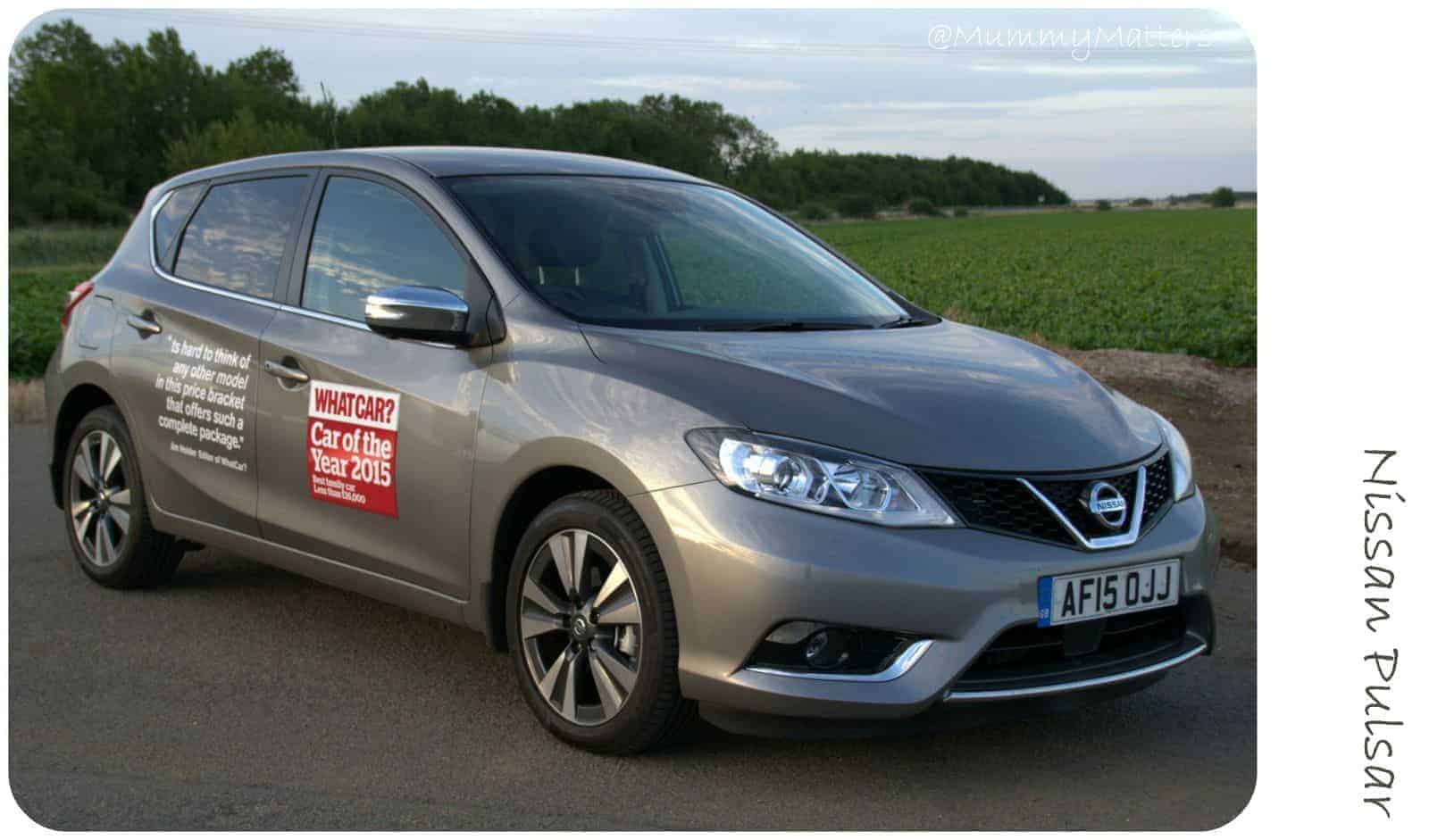 Ooh it’s been a while since I’ve had the opportunity to test-drive a new family car and I had forgotten how much I missed the thrill of driving a new car. A few weeks ago I was approached by Smiths Nissan in Peterborough and asked if I would like to put the Nissan Pulsar through it’s paces for a week to see how it fared with family life. I have never driven a Nissan before so I didn’t know what to expect, it’s not a brand I have previously considered for no other reason that it just hasn’t come under my radar. 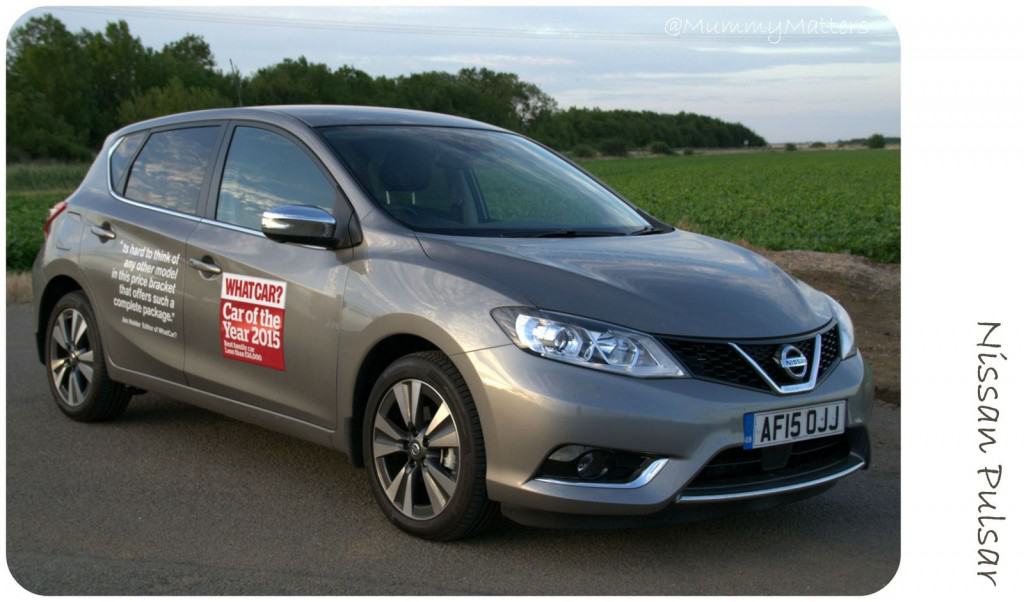 Streamlined design, efficient engine power, clever on-board technology; discover innovation in the new Nissan Pulsar and enjoy added comfort and confidence on the road. The new Nissan has been awarded five-star rating by EuroNCAP; the safety tests highlight the car’s exceptional levels of protection for driver and passengers. 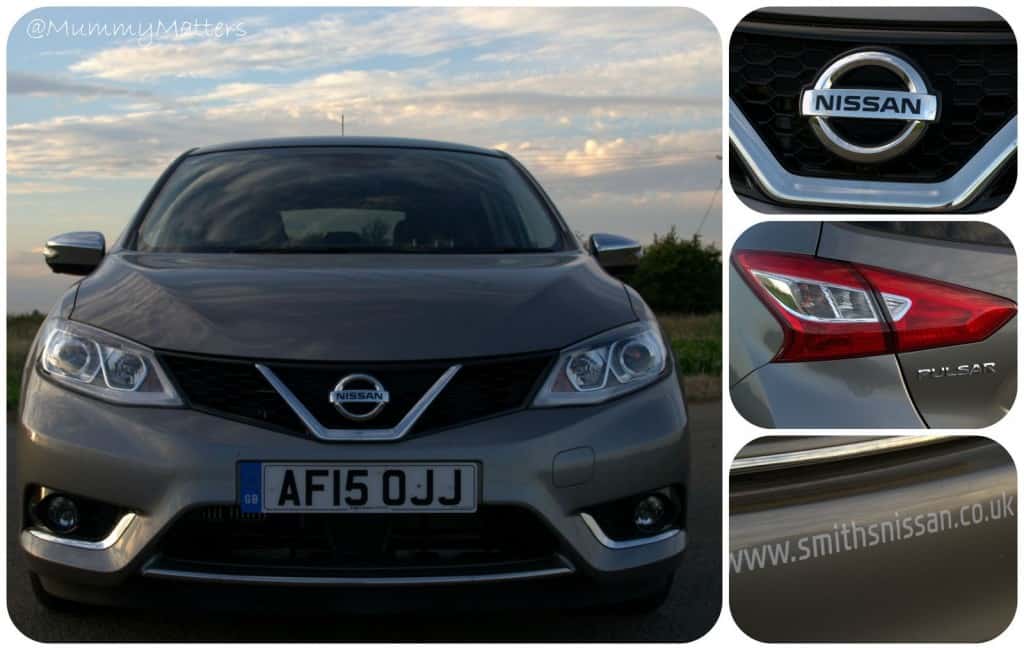 I collected the Nissan Pulsar during the week whilst Hubby was at work and I only had the three younger Beans with me. From the exterior, the car looks impressive with it’s sleek/sporty lines. Inside, I realised that this wouldn’t be a car for our whole family. Being a family of 6 we aren’t exactly the average family size and the Nissan Pulsar has only 5 seats. Using the Kiddy Infant Car Seats we could only fit two seats across the back but when we changed these at home for their Trunki Boostapaks and a high back booster seat for Jelly Bean, we were able to comfortably fit the three young Beans on the back seat leaving the front seat free. 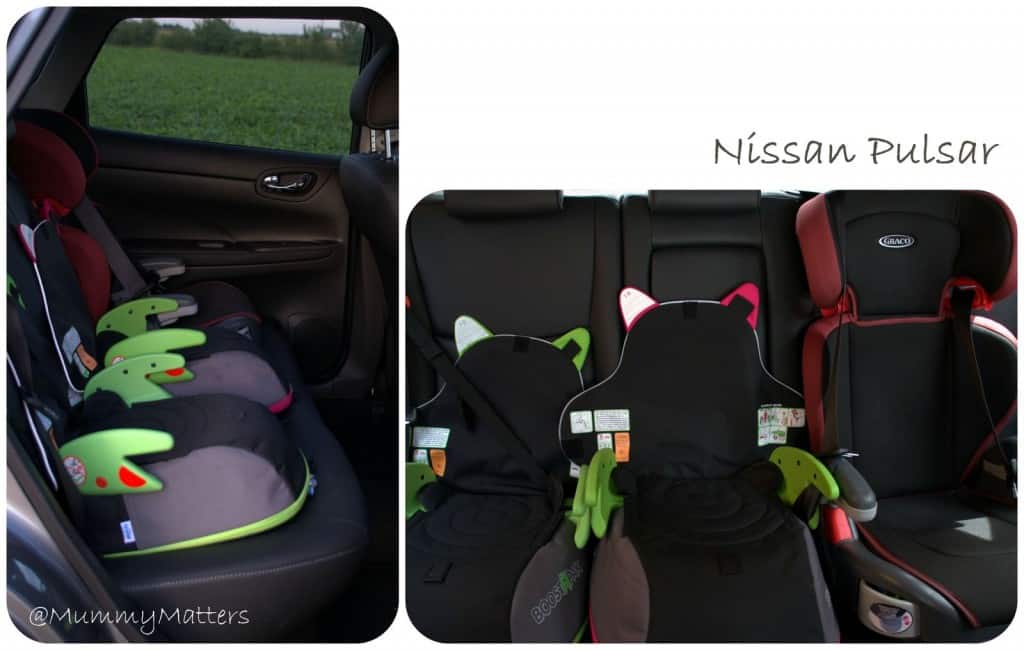 Once in the driver’s seat, I was seriously impressed. Everything about the Nissan Pulsar screamed high quality from the leather seats and steering wheel to the polished chrome accents and the high gloss entertainment centre with touch-screen (more about that later). 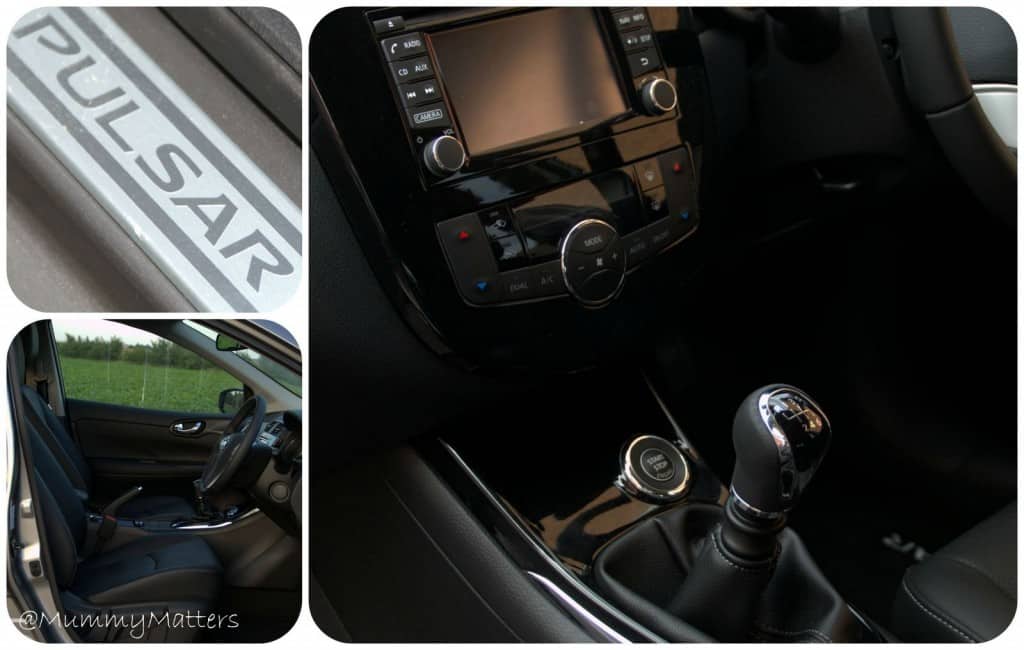 With the engine running and the foot on the pedal, the drive is seriously smooth. The steering is extremely light, when I got back behind the wheel of my Honda I felt like I was driving a sherman tank! I have driven A LOT of cars since passing my test (I worked for Motor Dealers for 5 years before Little Bean was born) and often found I needed a little ‘settling in’ time when driving a different car but the Nissan Pulsar felt like I had been driving it forever. I instantly felt like the car and I were one. 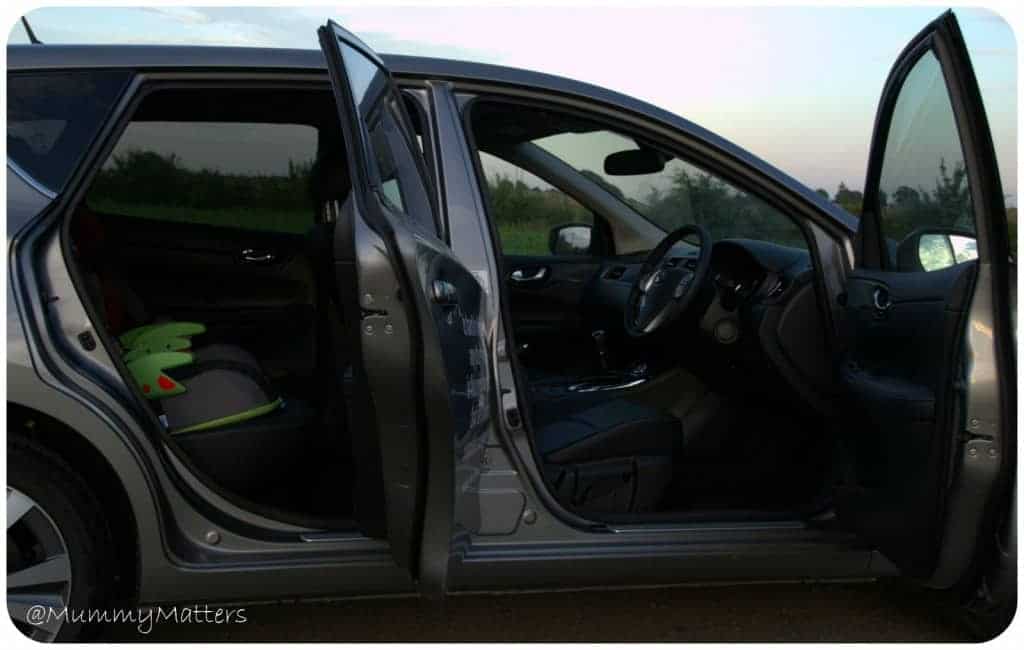 It’s a little hard to tell from this photograph as it was dusk by the time I was able to get out with the car alone to take photographs but the cabin space in the car is very generous. Hubby and I are both quite tall (6′ and 5’8″) so to have the front seats in the best driving and passenger position often means that legroom in the back for the Beans is greatly reduced. In the Nissan Pulsar the rear legroom was impressive, in fact it offers ‘best in class’ legroom at 692mm!! 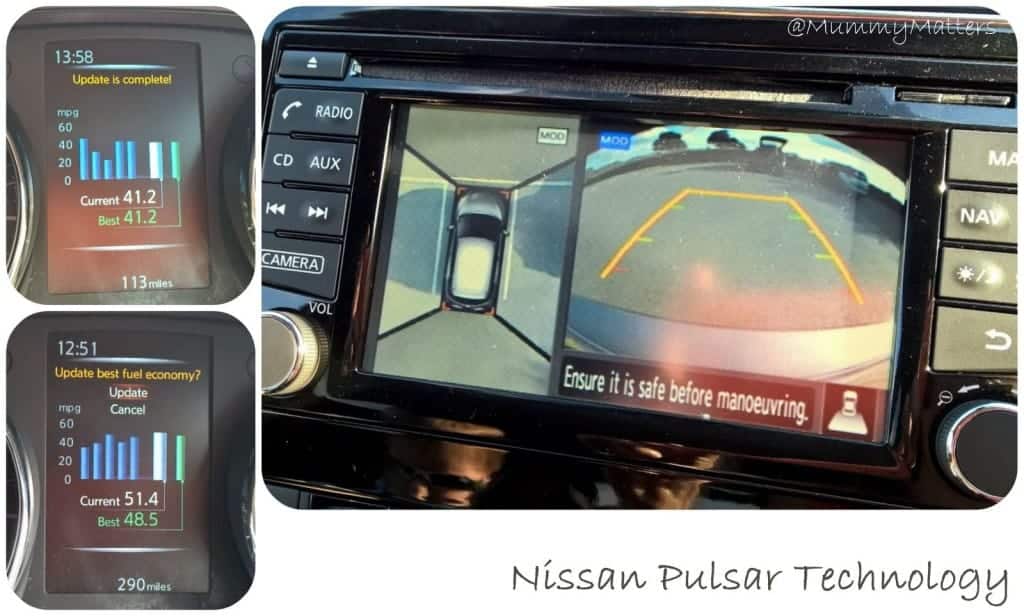 When it comes to technology the Nissan Pulsar is well equipped. I drove the Nissan Pulsar Tekna which is the top of the range and so is equipped with all the bells and whistles. Features which I particularly liked were; 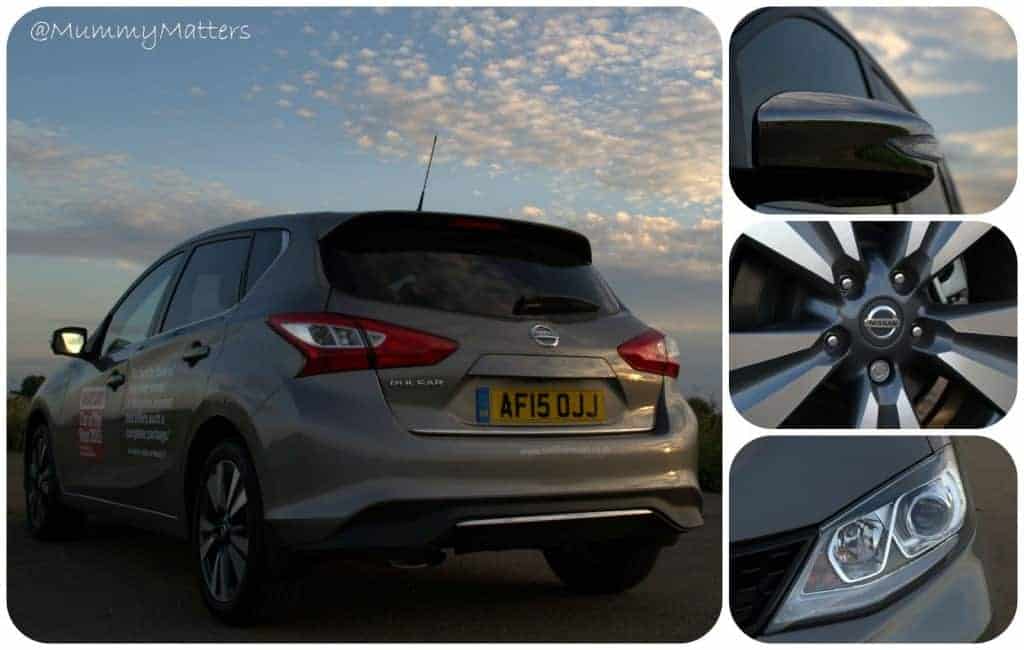 I was pleasantly surprised by the boot capacity of the Nissan Pulsar, it’s hard to tell from this photograph because of the dark lining but underneath the buggy I was carrying two Microscooters as well as helmets, picnic blankets, coats and umbrellas yet still there was space for shopping. The boot is deep as well as wide providing ample space for a family car. 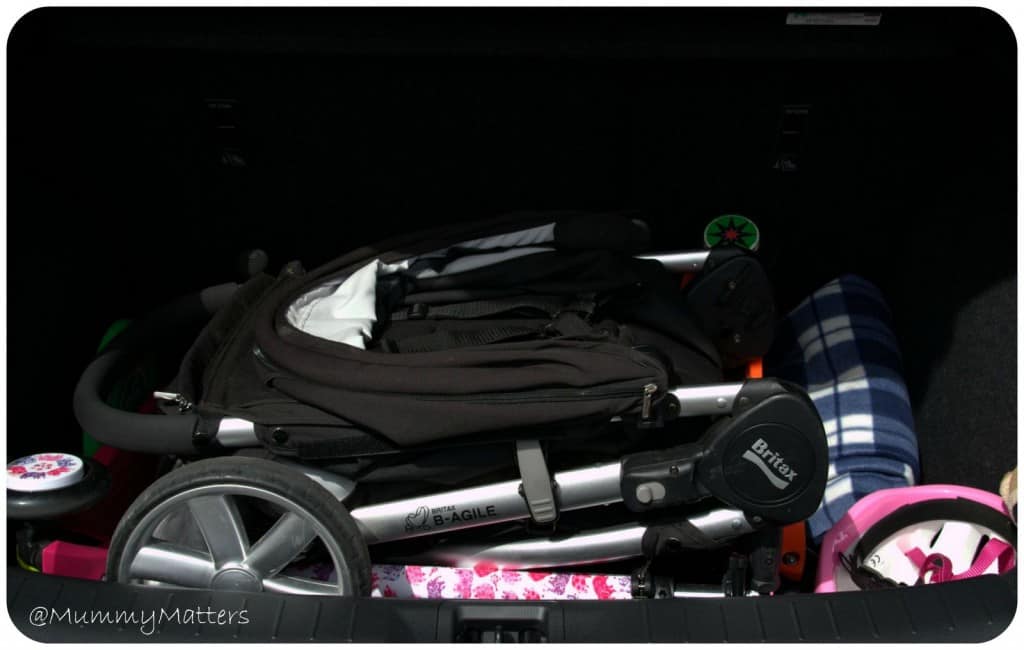 Unfortunately the car wouldn’t be big enough as a permanent fixture as our main family car but it would make a perfect second car for us or a main car for a family of 4 with comfort and for 5 dependent upon the number of car seats required. As I mentioned at the start of this post, Nissan isn’t a brand I had considered before but it is most certainly a brand I would be open to buying now.

DISCLAIMER: We were given the Nissan Pulsar to use as our family car for a week by Smiths Nissan in Peterborough in exchange for an honest review. All words, images, video and opinions are my own and may not be copied without my permission.