March 29 By: Sabina Green 0 Comments
Contents hide
1 The Problem
2 The Solution
3 Easy switch over
4 Safety First
5 Features
6 Putting it to the test
7 Where to buy?
8 What’s in the box?

We all have them, I’m sure of it? The teen who grunts at you if you dare speak to them, barely acknowleding your existence or worse still, that of their younger siblings. They stare at screens all.day.long! Computer screens, games consoles, TVs and if you suggest they might like to get out in the fresh air they look at you as though you have suggested they chop their foot off for fun?! 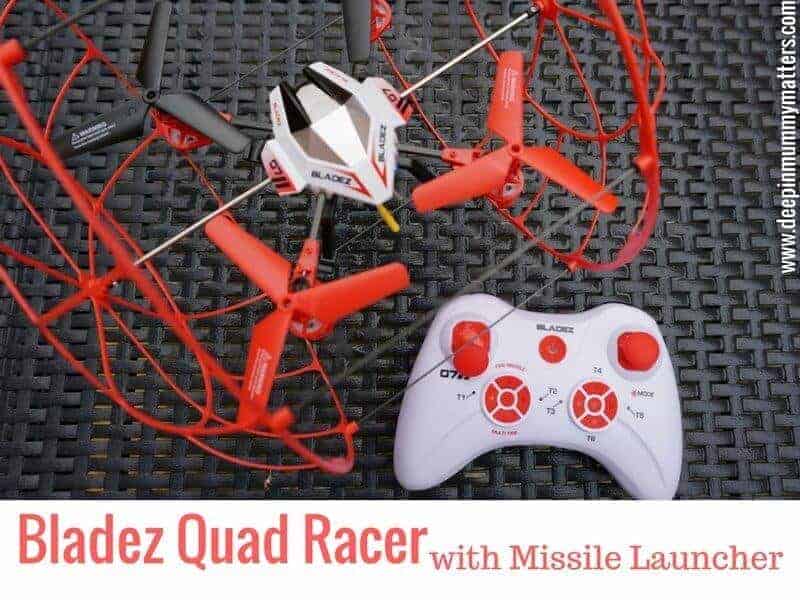 Since we already know that they love a handheld controller, why not switch it for one which allows them to operate something away from the glare of a screen and gets them outside in the fresh air. The Bladez Quad Racer with Missile Launcher for instance (although the Quad Racer is also suitable for indoor use). 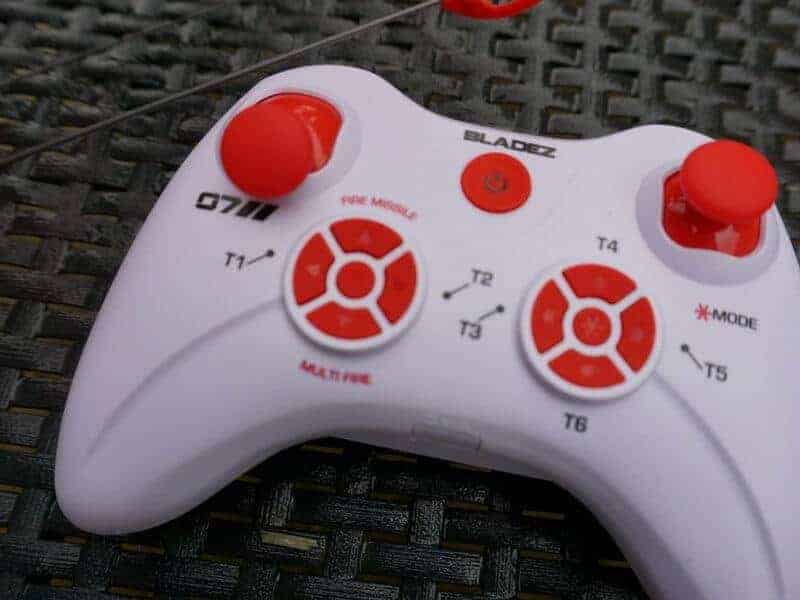 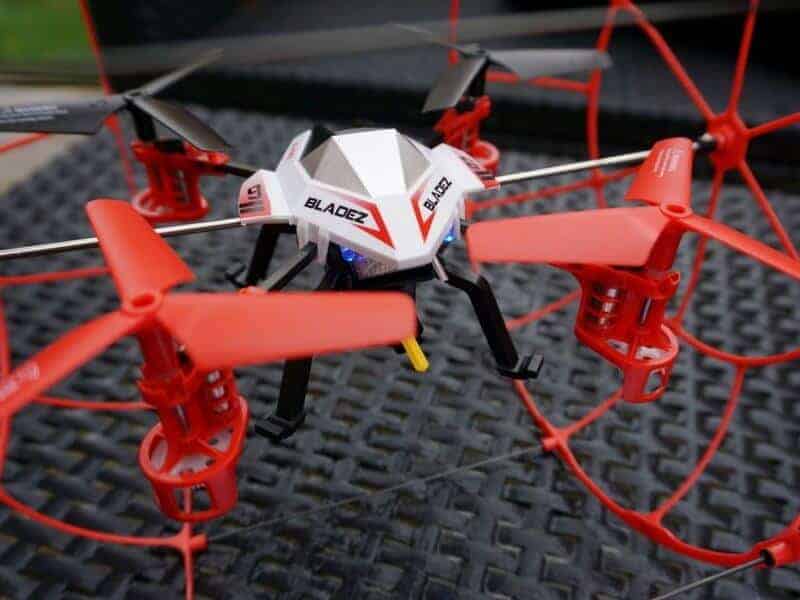 The major difference between allowing your teens to control something on a screen and then switching to something which actually moves in real-life where real people live is that they can cause real damage. Luckily the Quad Racer from Bladez can be fitted with a training cage to protect the Quad Racer and the world around it from damage whilst said teen gets to grips with how to handle this flying beast.

As their flying skills improve the cage can be removed and blade protectors. 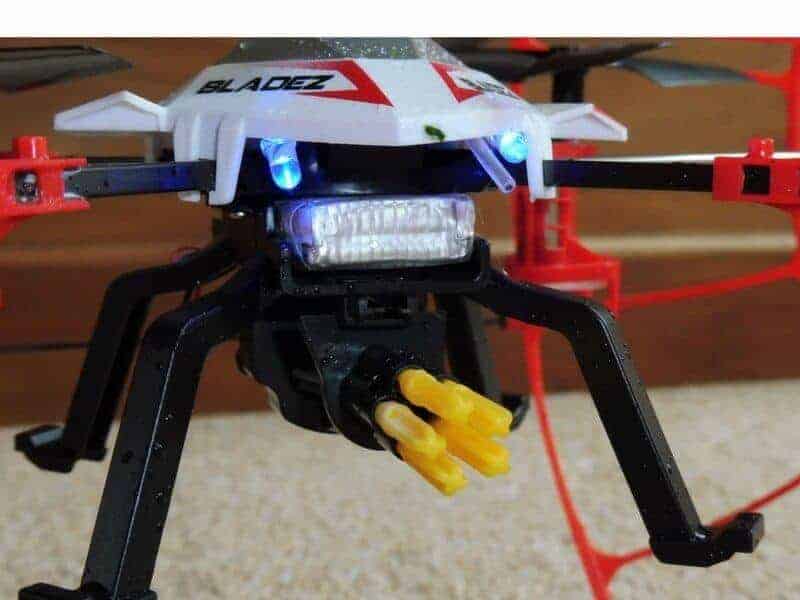 Putting it to the test

When I first showed Curly the box for the Quad Racer he declared it was ‘awesome’ so I took that to mean that he liked it. Hubby and Curly set to work on getting the Quad Racer charged up and being a man and ‘man in training’ they chose to read the instructions AFTER they had plugged the USB charging cable directly into the wall. Please note, the instructions say DO NOT charge directly from the wall, charge via a computer or similar device. Thankfully they spotted this before it was too late. You will also need 4 x AA batteries for the controller which are not included in the box.

The Quad Racer charges in around 40 minutes and this gives you approximately 6 minutes of flying time with a range of 30 meters. Once charged you need to reconnect the cable to the motor on the Quad Racer which was quite fiddly, Hubby and Curly handed the reigns for this firmly over to me.

This video is the footage of Curly flying the Quad Racer for the first time and he got to grips with it pretty quickly. He isn’t quite at the stage for taking the training cage off yet but I shall be sure to share footage on social media when he does.

He didn’t dare fire the missiles outside as it would have been like looking for a needle in a haystack so we took the Quad Racer back into the house to see what they were like by firing them into a beanbag initially, although it has since been used as a firing squad for Marvel figures!

Currently the Quad Racer with Missile Launcher is exclusively available at Argos for £59.99. 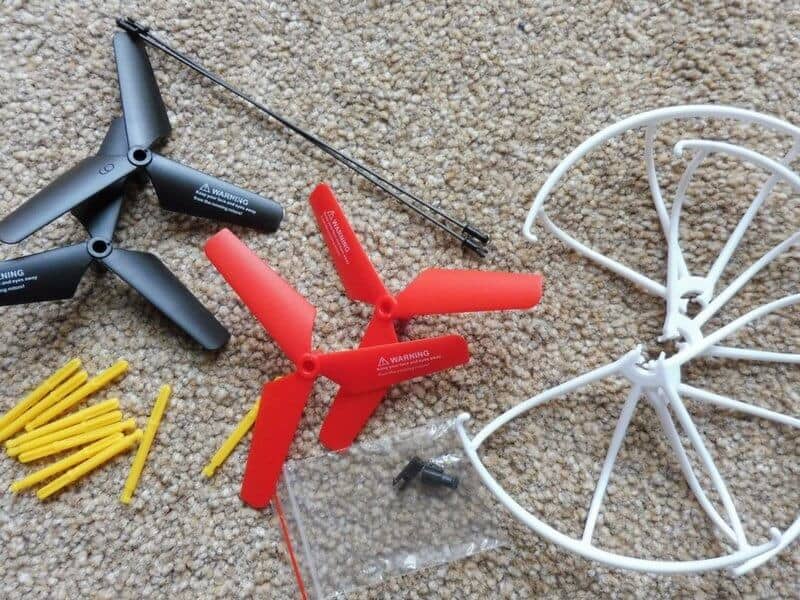 DISCLAIMER: We were sent the Bladez Quad Racer with Missile Launcher for the purpose of this post. All words, images and video footage is our own and may not be copied without my permission. I have not been instructed what to write.