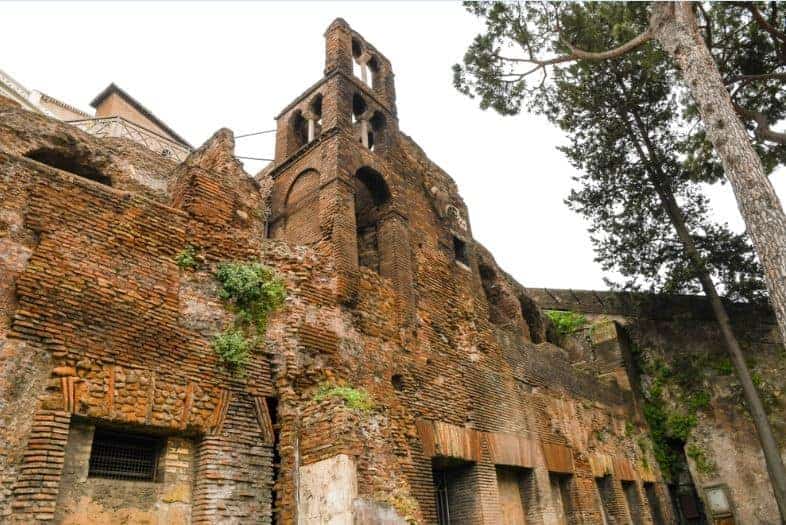 10 Zany and Wondrous things about flats!

When I first flew the nest and moved into my own home, I rented a flat for a little over a year, it was a converted house so I lived upstairs on road level and the landlord lived below ground but had a lower level garden. Being so much smaller than a house it meant that rent was cheaper and as a result, I was able to make it feel more like ‘home’. Sure it was compact and ‘Bijoux’ but at that stage in life I hadn’t amassed all the ‘stuff’ that I carry with me from home to home these days.

It has been predicted that the global population will rise from 7.6 billion to 9.8 billion by 2050. It is also thought that more than two-thirds of us will be living in cities so you’ll need to learn to love your neighbour as it could get pretty cosy!!

In the UK alone flats are estimated to account for more than 2.75m private leaseholds, that is more than an eighth of all dwellings which is higher than I anticipated although I only need to have a drive around Peterborough to see the number of new apartment buildings which have been built in the last few years to see it.

I was recently presented with a few zany and wondrous facts about flats by blocks of flats insurance specialist Deacon* and I think you’re going to like them, have a read and let me know your thoughts in the comments below.

Contents hide
1 1. The Romans built the first flats
2 2. Forest flats!
3 3. Forgotten for 70 years
4 4. Shapeshifters
5 5. Recycling on a gargantuan scale
6 6. That whistle in your apartment block is a train coming through!
7 7. Tallest, Smallest, Largest – wherein the world?
8 8. Going underground and underwater?
9 9. Most expensive
10 10. The last word…..the legacy of feudalism

1. The Romans built the first flats

This is one fact I already knew thanks for my 8-year-old son, Ollie, who has been learning about the Romans in school this term. Around the middle of the first century BC, the success of Rome saw huge growth in population – obviously lots of celebrations going on. This meant that housing became an issue so the Romans began building taller and stronger structures. They used concrete based on lime and volcanic sand. This enabled them to create new forms of architecture with multi-storey blocks with shops on the ground floor and home dwellings one or two floors above. This became known as Insula or ‘islands’ with the roads wrapping around them like the sea. 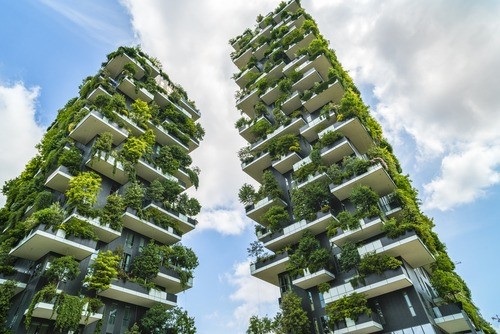 These two apartment buildings are quite a sight to behold in the heart of Milan. It is not an old forgotten relic which has become covered with vines but the brainchild of Stefano Boeri, a Milanese architect. The apartments are known as the Bosco Verticale (Vertical Forest) and use over 20,000 trees and plants to create the greenest apartment block you’ll see. It has been such a success that the projects are now being created the world over from Chine to the Netherlands. Trees are good for cities so why not use them in the design of the buildings? 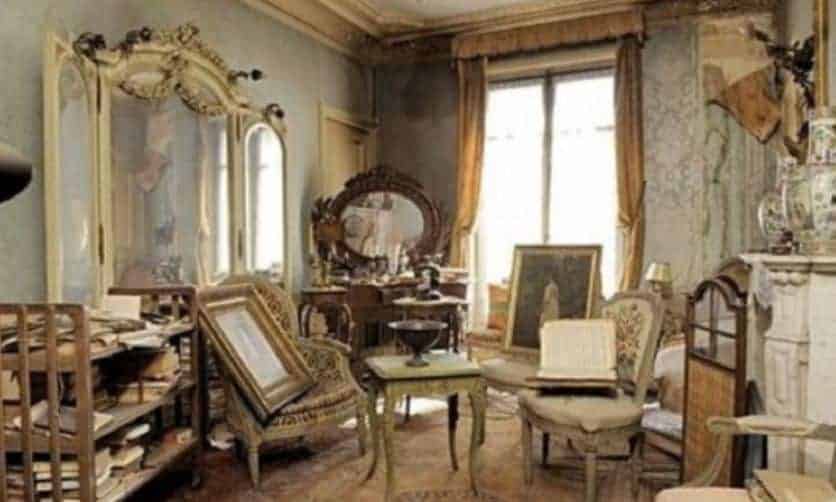 Can you imagine being called in to assess a building for estate valuation following the death of the owner to find an apartment which was frozen in time? That’s exactly what happened in 2010 when the owner of a building in the South of France passed away. It turned out that in 1934, a famous actress by the name of Marthe de Florian had fled Paris before the outbreak of hostilities of WWII and never returned. The owner didn’t notice and so the apartment was left untouched for more than 70 years!! 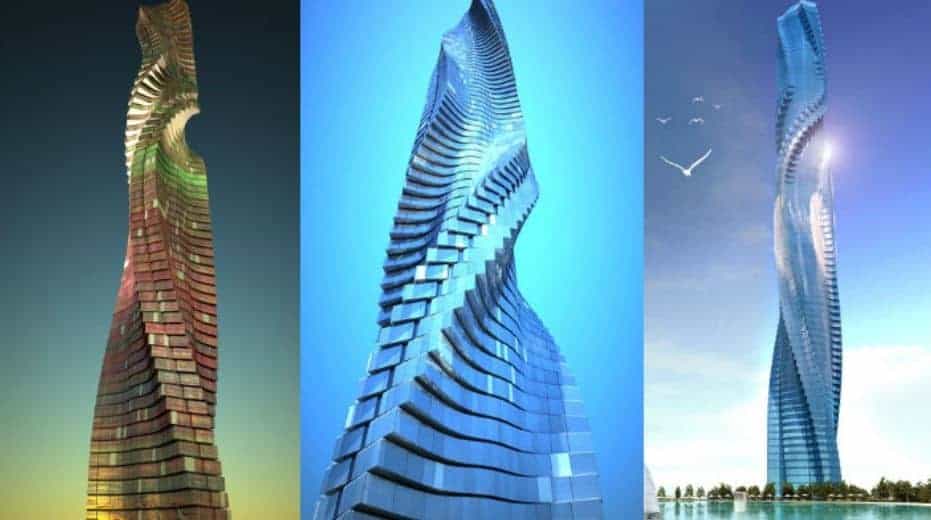 These buildings look like something from the latest sci-fi movie but architectural firm Dynamic Group say that plans are afoot for the world’s first shape-shifting rotating tower block to be built in Dubai in 2020. Possibly not the best home for those with motion sickness.

5. Recycling on a gargantuan scale 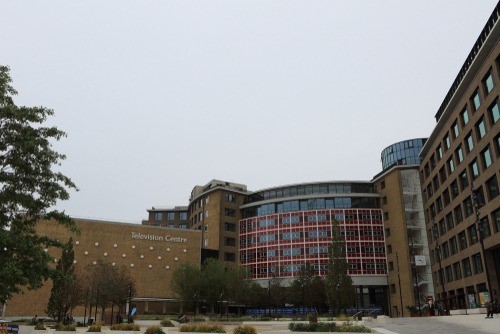 In a time where recycling is the word on everyone’s lips, it’s great to see that the same ethic applies to buildings. London is home to some of the most iconic buildings ever and whilst they may no longer be fit for purpose that doesn’t mean they need to be destroyed. The BBC Television Centre at White City, Battersea Power Station and the Hoover Building in London are just a few examples of buildings being converted into flats. The Lawn was the first residential tower block to be constructed in the UK in Harlow, Essex in 1951. It is now a Grade II listed building. With the increase in buyers of urban loft apartments in prime city centre locations, I think we can expect to see many similar conversions cropping up across the country.

6. That whistle in your apartment block is a train coming through! 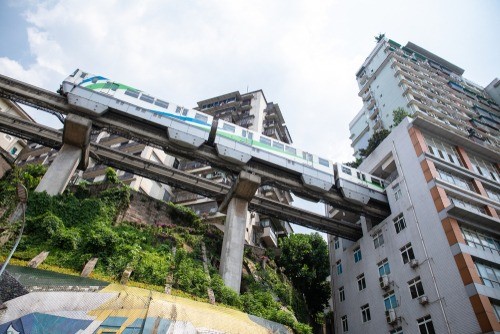 This tower block in China’s mega-city Chongqing could be a train-spotters dream home. Quite simply if you need to build flats and a railway is in your path, just build around it and your problem is solved. I imagine this could get a little noisy though so perhaps not a home for the light sleepers? 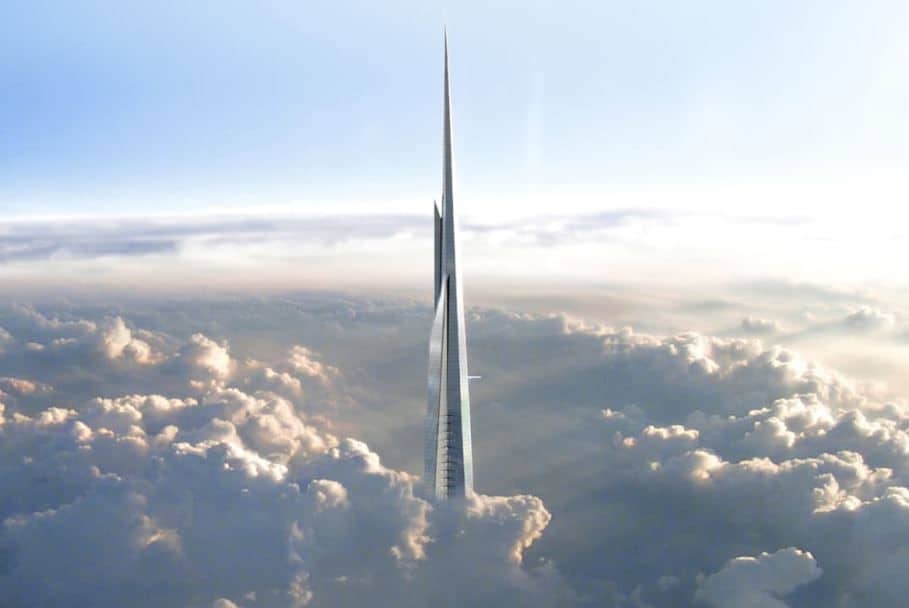 Standing 72 metres high, the Burj Khalifa in Dubai is currently the worlds tallest skyscraper. I know many people who have been to the Burj Khalifa and the photographs they take from the top are quite simply breathtaking (and a little scary if I am honest). However, in 2020 the Burj Khalifa will become small fry in comparison to the 1000 metre (1 mile) high Jeddah Tower with serviced apartments. The largest residential building prize goes to The Copan Building in São Paulo, a 38-story residential building which over 1,160 apartment units, home to more than 5,000 residents. In direct contrast to this, the Chinese city of Wuhan has serious concerns of overpopulation so they are building tiny 50 square foot two-person apartments!!! 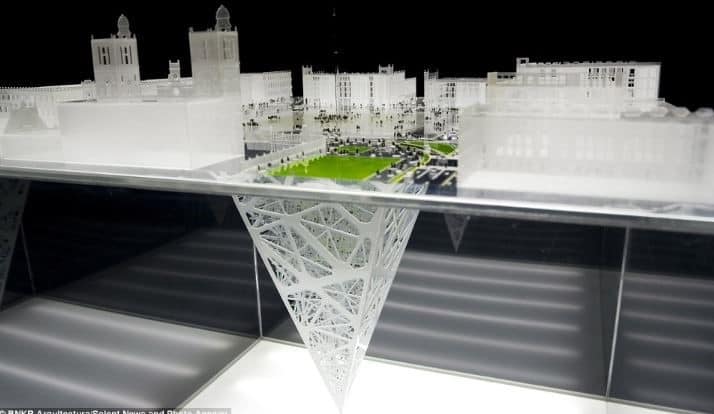 If heights aren’t your thing then perhaps you’d prefer to go underground? In 2011 an ‘Earthscraper’ was mooted for Mexico City, a 35 storey upside-down pyramid. As you can imagine there are all kinds of practical and structural challenges with this kind of plan so it is still on the drawing board for now. Out to see off the coast of Rio de Janeiro the visionary city of Aequorea is another possibility being discussed. 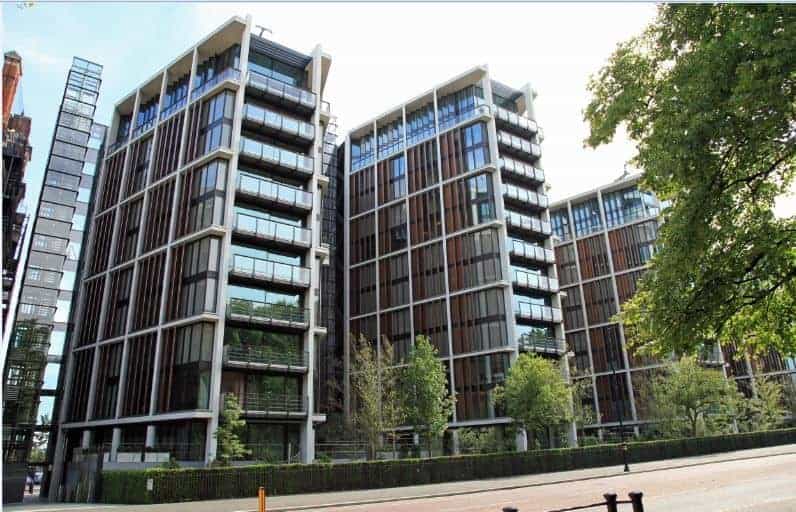 Do you dream of living in London? Well, then you’d better secure yourself a very well paid job because London ranks #2 in the world for the highest cost of a city centre flat. In case you’re wondering, Hong Kong has the top spot! MSN Money did their research and found that you’d need £7090 a month to live comfortably in London, with Oxford, Edinburgh and Brighton coming up close behind at £5000 per month. If you don’t mind a commute then residents in Southampton would need £3000 a month but don’t forget the rail strikes and delays which could get tiresome. In October 2018 the UK’s most expensive flat, One Hyde Park, London, SW1 was valued at £160 million. Even the lottery jackpot couldn’t pay for that.

10. The last word…..the legacy of feudalism 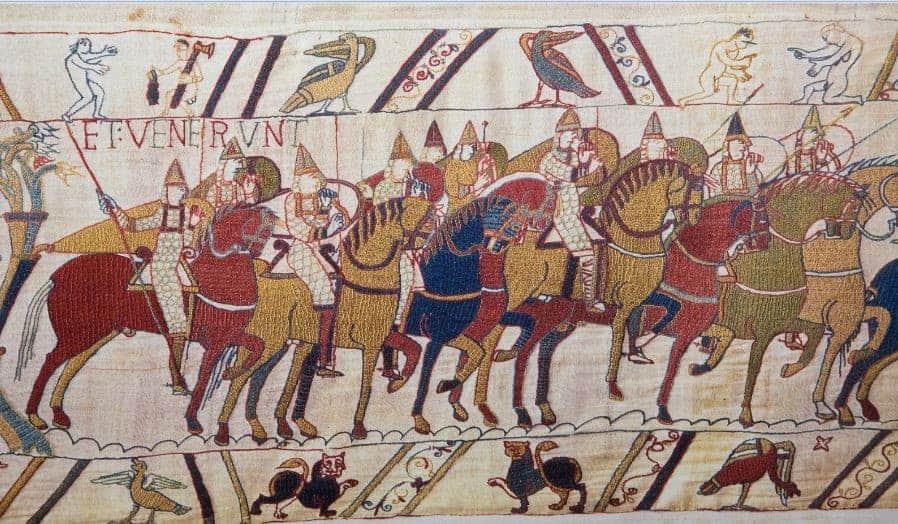 You might be surprised to know that breaking the terms of your lease or not paying your service charge could not only lose you your flat but also be left with nothing to show for it. It doesn’t matter how long you have been paying your mortgage or service charges. Being a freeholder (landlord) isn’t always plain sailing and it is getting harder to get tenants out but it can happen.

Where did such a feudal practice come from? Britains Land laws owe a great deal to the feudal system following the Norman Conquest with the rights to grant inferior interests (aka leases) in land and to take income from these. By the 16th century, the law of leases in England and Wales had morphed into a very confusing system, and an attempt to tackle this was the Law of Property Acts 1925, which limited ownership to either freehold or leasehold, which is pretty much where we are today. Interestingly, covenants on freehold property only define what you cannot do. On leasehold, they can also say what you must do, for example, pay for the upkeep of an asset still ultimately owned by the freeholder! It’s all very different in Scotland, where no duty to pay ‘feu duty’ – the equivalent of ground rent – could be set up after 1974, and no residential lease for more than 20 years could be created. The feudal structure was finally abolished in Scotland in 2004 and further laws since have converted long leases over 175 years into straightforward ownership.

* Deacon has specialised in providing buildings insurance and associated products for flats and apartments for more than 29 years. Find out more at www.deacon.co.uk