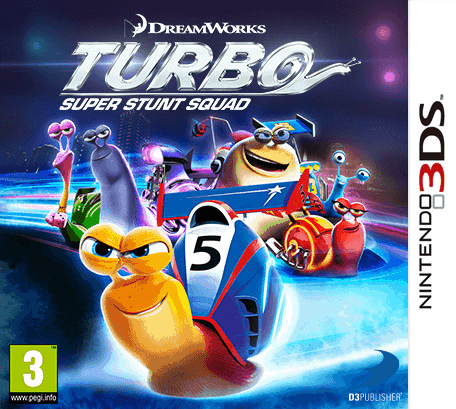 Which video games to buy for children this Christmas?

If you’re not a gamer yourself it can be a little tricky to know what to buy for your children at Christmas so I have been letting my children try a few games out to help you. These are the games that we have enjoyed playing and would recommend;

Turbo: Super Stunt Squad is a high-velocity action game featuring the super-charged crew of characters from the film. Each playable character has their own signature street style and tricked-out skills which will come in handy when showing-off and earning respect with jumps, drifts, slides, flips and other super-cool stunt moves. Expert skills will also prove useful to earn power-ups, customise your character, win competitive challenges and discover shortcuts in the dynamic larger-than-life environments of Turbo’s world.

This has been a fun game to play, I have created some very interesting looks for my characters and have enjoyed this racing game with a twist. I just need to get better at racing.

Monster High: 13 Wishes is a brand new game that allows fans to play the movie with an alternate ending in a truly unique transmedia experience.

I have needed a little bit of help from Mummy or Curly to complete some of the puzzles and master some of the moves but I am getting better as it. Mummy says it’s good that you can select different skill levels because this has helped me a bit too.

Help Luigi capture ghosts and solve mysteries on his mission to piece the Dark Moon back together and restore Evershade Valley to normality.

Tackle multiple missions in each mansion before facing off with a spook-tacular boss. Track down hidden collectibles, find treasure to upgrade the Poltergust, and discover Boos to unlock exciting new challenges!

This rocks! This is like playing at Ghostbusters, the graphics are pretty cool (the ghost in the shower is funny) and the game is easy enough to follow I just wish I was allowed to play more often!!

This has been my favourite game to play, I love dressing up Barbie and looking after my pets. The dancing is really funny and I am getting quite good at the mini-games and collecting lots of photos. 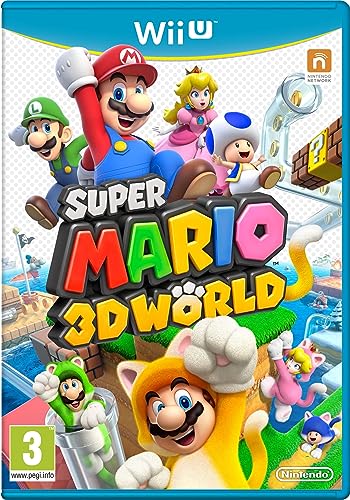 Mario and his friends are enjoying the fireworks one beautiful night in the Mushroom Kingdom when they happen upon a mysterious Clear Pipe and one very panicked Sprixie Princess! It’s soon revealed that Bowser has been up to no good once again – the king of Koopas has been bottling up Sprixie folk and keeping them captive! When he emerges and steals their new friend away right before their eyes, Mario, Luigi, Princess Peach and Toad hop down the pipe to the Sprixie Kingdom to save the Sprixie and thwart yet another of Bowser’s plans!

I LOVE the Wii U and this is a great game to play on it. Really easy to play and great fun for the family to play together. 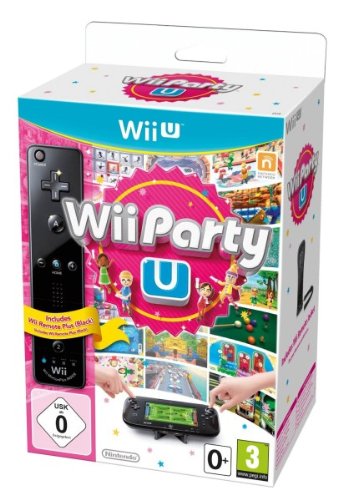 Bring your friends and family together with Wii Party U, an exciting collection of minigames designed to put everyone in the party mood!

Play competitively against one another to show who’s the best, or work together as a team to reach a common goal. Enjoy new modes that cater to the number of players there are, the amount of time you’ve got to play and types of fun you’re after!

When you have young children who are just starting out in gaming this is perfect to introduce them to it slowly and to improve their gaming skills.