Prime Season two sees the Transformers post Autobot-Decepticon war. Deceitful Megatron recruits Orion Pax into the Decepticons by menacingly leading him to believe that the Autobots are evil. However, cracks soon form in his ranks as the evil leader struggles to keep his troops in line after the murder of Breakdown and departure of Starscream and Airachnid.

Meanwhile, Autobots Jack and Arcee travel to Cybertron to restore leader Optimus Primes’ memory using the super-computer, Vector Sigma. Reluctantly resigning himself to the fact that his arch nemesis is beyond saving, Optiumus accepts he must destroy Megatron at any cost. 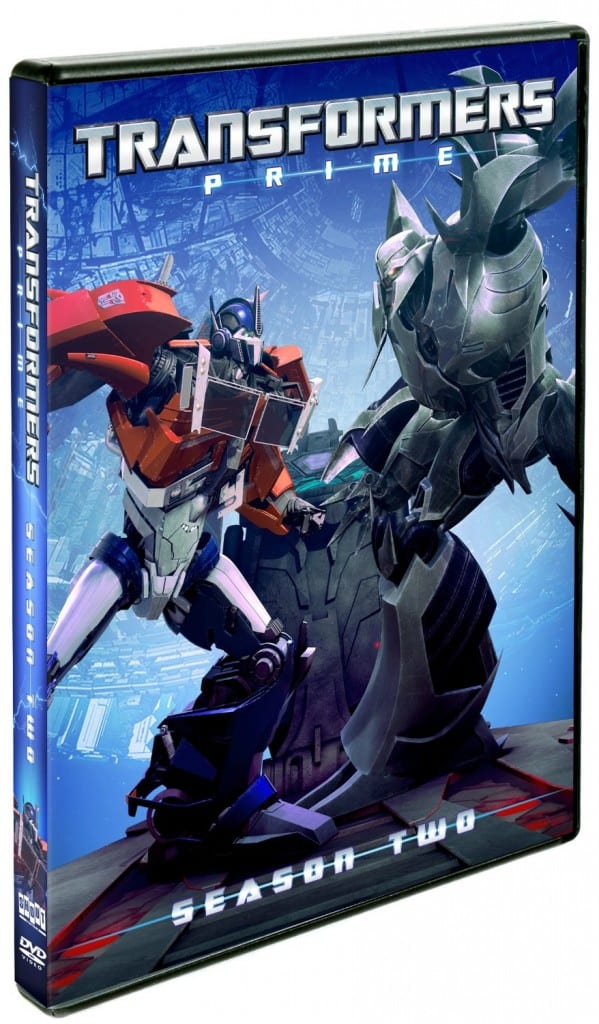 The Autobots and Decepticons compete to find Cybertronian artifacts placed on Earth by Alpha Trion. Trion orders them to locate the elusive Omega Keys which will activate the Omega Lock and ultimately could restore Cybertron to its former glory, allowing the autobots to return to their rightful home at long last…

Stay alert and choose a side as TRANSFORMERS PRIME: THE COMPLETE SEASON 2 BOX SET explodes on to DVD on 23rd March.

For Transformers fans I have one Boxset to giveaway to one lucky winner. Just complete the Rafflecopter Entry Form below;