Seriously, how lucky were we last week with our weather? After our earlier holiday to Great Yarmouth at the beginning on the summer when we had mostly rain, we were so pleased to finally get some sunshine. When we woke up in the morning we asked Little Bean what she wanted to do for the day and I really don’t think I’d need to give you many guesses to get it right. She wanted to spend the day on the beach and so that is what we did. 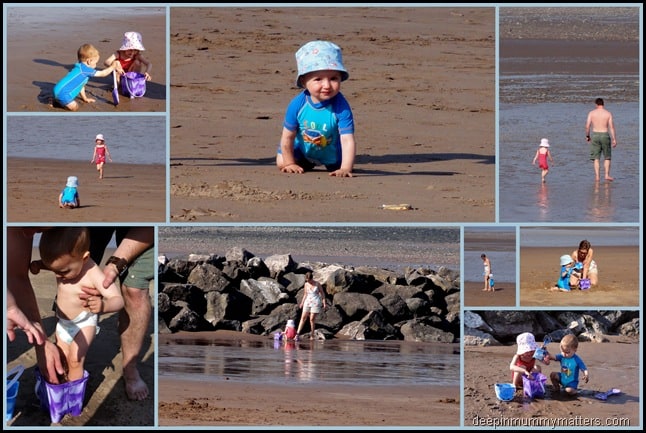 We had driven through Minehead briefly at the beginning of the week trying to find a supermarket but that was it. Being only 15 minutes away from Minehead we arrived there pretty early and managed to find a parking space on the front which was £5.20 for the whole day, even better than Weston-Super-Mare the day before. We found ourselves a spot on the beach and set up camp for the day . . . 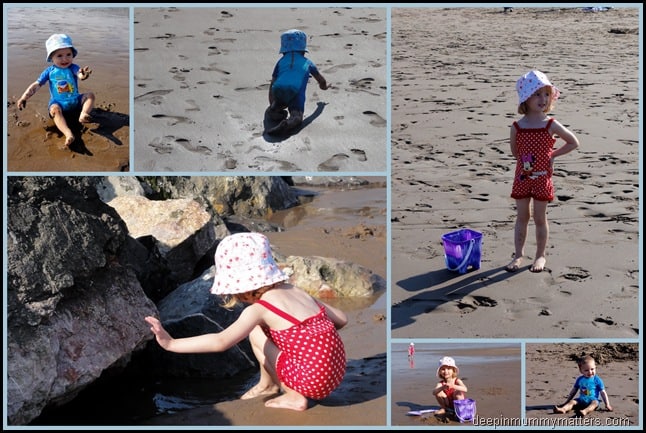 . . . I had to laugh at one poor man who was sleeping nicely on the beach and then rudely awoken by Little Bean shouting Daddy to him. I quickly shouted “sweetheart that’s not your Daddy” as Hubby lay on the next picnic blanket a little further up the beach waving frantically to her. 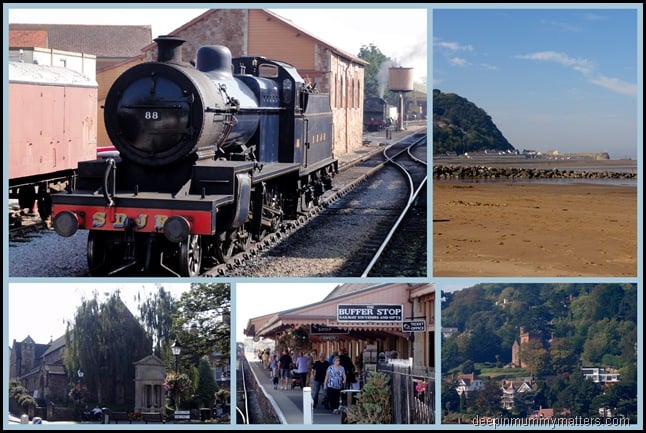 To say that my tiddlers were upset when we suggested leaving the beach would be a huge understatement, I think onlookers probably thought we were kidnapping them. After spending lots of time on the beach we decided to head into Minehead town centre which is probably one of the nicest seaside towns I have visited. It was very well looked after, clean and tidy with lots of beautiful flowers everywhere and one or two shops (ok and maybe one or two more!). 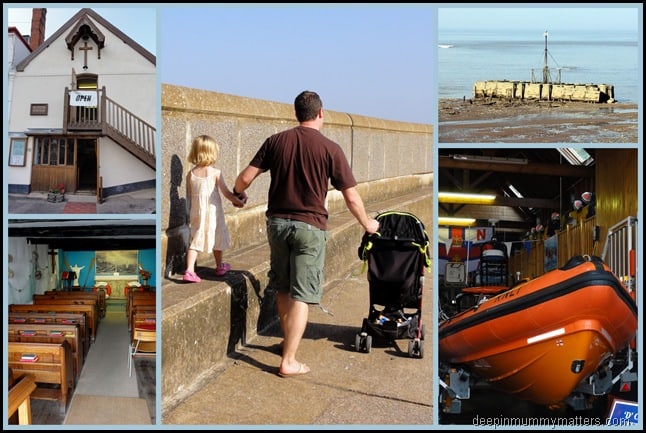 We took a stroll to the harbour where we found a lovely little Chapel and the Lifeboat Station, then Hubby spotted a sign for a children’s playground which was disappointing to say the least. I wouldn’t really call it a playground, it definitely needs some improvement.

We ended our day with a ride out to Porland Weir which was beautiful and the perfect distance to get the tiddlers to have a sleep in the car before their last night of partying in the Clubhouse. 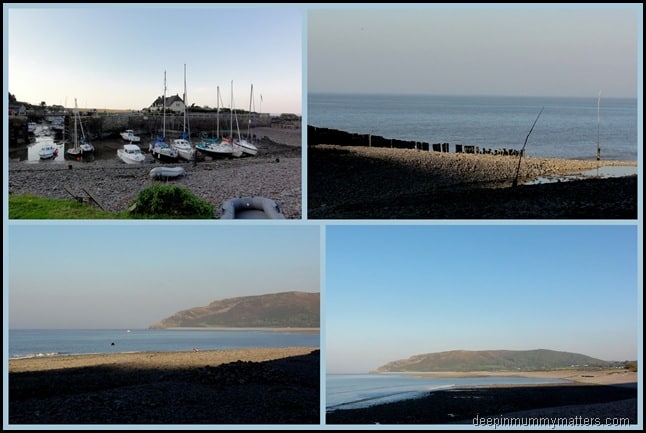