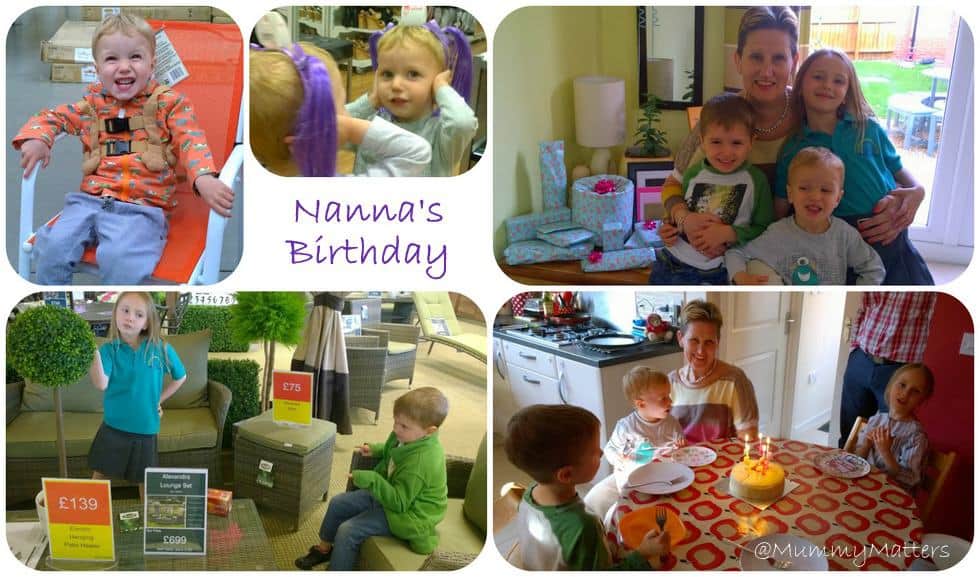 May 8 By: Sabina Green 0 Comments

Seriously, how did I get to 39 so quickly?! Whilst most people last weekend were celebrating having a three day weekend, we were celebrating birthdays!! No that wasn’t a typo, I did mean plural because last Friday was my Mum’s birthday and then mine was on Sunday. Mum took the day off work and came to our house early so the Beans could watch her open her birthday presents. Bless them, they always get so excited when it comes to giving presents, you just can’t open them fast enough for them!!!

Once the present opening was over, we took Little Bean and Beanie Boy to school then told Jelly Bean the good news . . . we were going shopping. He HATES shopping and isn’t afraid to tell you so, from the minute you walk into a shop he gets louder and louder with his protests, he will say “pay lady, go home now” or quite simply just “no, no, no” . . . until he finds a nice lady to flirt with and then you’re guaranteed a little peace and quiet whilst he lavishes his attention on his prey.

We popped into Asda Living for a coffee and snack which delighted him and as well as finding food, he even found three, yes THREE ladies to flirt with. He was in his element – such a funny little man.

In the afternoon we picked up the Beans from school and then popped out to our local Van Hage so the Beans could enjoy soft play, Jelly Bean could stretch his legs and Mum and I could enjoy a relaxing coffee before heading home for birthday tea followed by birthday cake.

We finished off Mum’s birthday back at her house watching the DVD Begin Again which I loved, a good storyline and good music. I was singing one of the song’s from the film for the rest of the weekend. 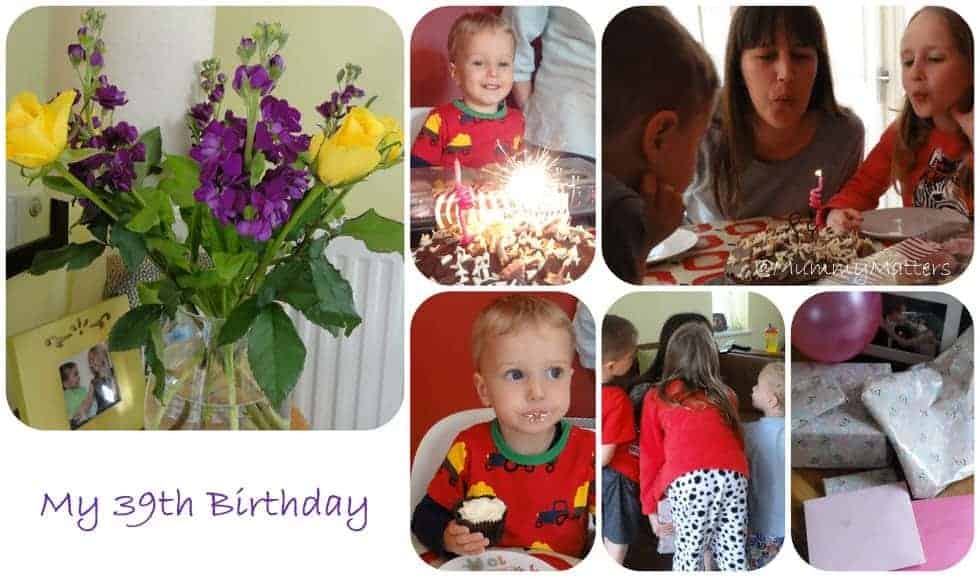 On Sunday we got to celebrate all over again with my birthday. I think this confused Jelly Bean somewhat because he couldn’t understand why Nanna wasn’t blowing out the candles again. As usual I was completely spoilt and received some lovely presents, our plans had been to take the Beans swimming at Corby but we got there to find out there was a swimming gala on and it was closed to the public. That’ll teach us to check the website next time. We still went swimming but the pool wasn’t as nice. I didn’t get to see Curly as he was away at Scout Camp but I did get to speak to him, he was having a fantastic time but he was tired as they were not getting very much sleep – unsurprising really.

We finished off my birthday with a family tea and birthday cake followed by Fast 7 at the cinema for Hubby and I in the evening. I had been wanting to see it since it’s release date and it didn’t disappoint one bit. Just very sad to think that there will be no more Paul Walker films, such a sad loss (and yes I did cry at the film!) .

Now the countdown begins, only just over 11 months until my 40th birthday!!!!