A new food for Little Bean – break open the champagne!!!!

May 7 By: Sabina Green 0 Comments

As you all know, Little Bean is not really an eater. Our journey through food from weaning to now has been stressful to say the very least. Every now and then we have little tiny breakthroughs but to be honest we haven’t really had one of them in a very long time. That said, I have started to notice a few little changes in Little Bean and her attitude towards food. She is definitely beginning to show more of an interest in our meals, she loves helping me to prepare food and she is starting to dip her finger into the odd plate of food to get a taste. She won’t always pick something up and eat it but every tiny step is a step in the right direction as far as I’m concerned. 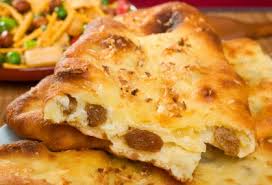 Last week when I collected Little Bean from pre-school she whispered to C, her Key Worker that there was something they needed to tell Mummy. I looked a little suspicious and asked what they needed to tell me. C then declared that she needed to give Little Bean a sticker because Little Bean had tried a new food. She said that as they were sitting around the table at snack time, she overheard one of the other keyworkers saying that she was giving some Peshwari Naan to Little Bean. C quickly said “no don’t give her any she won’t eat it” but then as she looked at Little Bean she realised she already was eating some and had actually asked if she could have some more. 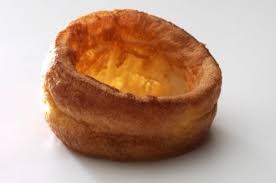 Over the weekend Little Bean also decided that she might like to try a little bit of Mummy’s pizza, only the crust but it was better than nothing as far as I was concerned. And then today as the rest of the family sat down to a Sunday Roast (yes I know it’s Monday) Little Bean started to show interest in my Yorkshire Pudding. I asked her if she wanted to try some but she shied away and said no. I tried to explain to her that Yorkshire Pudding wasn’t much different to her Naan bread, or a pancake but she wasn’t have any of it. I asked her why she had decided to eat the Naan bread and she said “because it had raisins in it”. So quick thinking Mummy said “I could put some raisins in the Yorkshire Pudding?” to which she said yes. Unfortunately when I looked in the cupboard we had run out, so I suggested putting a little chocolate spread on it and again she agreed. With a tiny bit of chocolate spread on, she ate the whole Yorkshire Pudding!!! 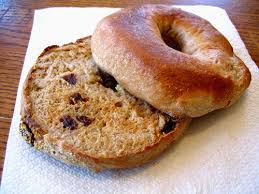 Next I tried to offer another new food, a cinnamon and raisin bagel (going with the idea of the raisins) and she said she would try it if I toasted it, which I duly did. As I presented her with the bagel on a plate she said “have you taken the raisins out?”. I looked a little puzzled and said “no? Do you want me to?”, “yes please” came her reply. “I don’t get it, you tried the Naan because it had raisins in it, you would have tried the Yorkshire Pudding if I put raisins in it, but now that I have given you a bagel with raisins in, you want me to take them out?”. “Yes Mummy” was all that she replied. I surrender!